This week’s pick is The Wolfe, a device that gives your laptop the same processing power as a desktop computer. And our ‘one to avoid’ is an Apple knock-off that’ll have Cupertino’s lawyers rubbing their hands with glee.

Related: The Ticwatch 2 is a smartwatch like no other – featured Kickstarter

What is The Wolfe?

It’s a box containing more processing power than you can shake a mouse at. Plug it into your laptop, and you can play high-end games, experience virtual reality, and do any high-speed rendering as if you were playing with the power of a pricey desktop PC. 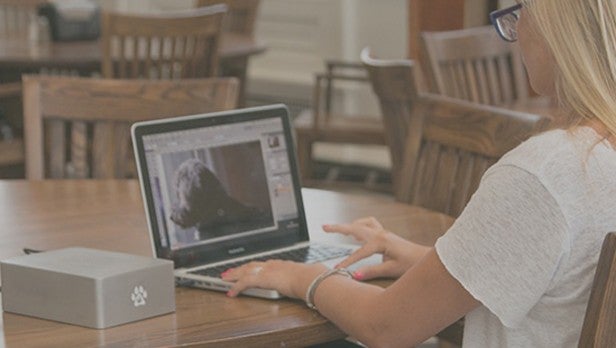 Technically, it’s what’s known as a GPU (Graphics Processing Unit). This is the part that focusses on gaming and 3D rendering, as opposed to the CPU (Central Processing Unit), which is more the “brains” of your computer.

The Wolfe works with both Windows and macOS, so you should be able to use it whether you’re a laptop or MacBook owner.

It basically turns your laptop into two computers. When you need the extra grunt, plug it in and it’ll give you the power of a desktop. But, if you nip out and only need to work on a document, just leave it at home, taking only your feather-light laptop with you. 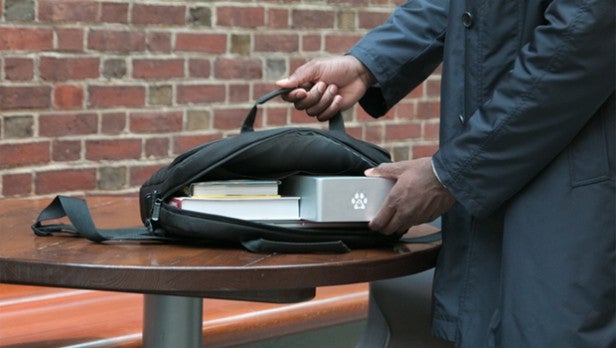 Hey presto! Your laptop has desktop power when you need it, and is a light and portable computer when you don’t.

Of course you can take it with you if you like. It’s a little smaller than a shoebox, and weighs 908g, which is less than a MacBook Air. So it should fit in your bag without too much trouble.

It also makes virtual reality a lot more accessible. Until now, VR has only been possible on a pricey desktop computer, but plug The Wolfe into your laptop, and it has the grunt necessary to render virtual worlds. Sling a headset in your bag, and you’ve got VR experiences on the go.

It’ll also be a boon to anyone demoing their VR software. Instead of making people come to them, or making sure they have a sufficiently powerful PC, they can take VR to any office.

With VR headsets still prohibitively expensive, this could be the shot in the arm that virtual reality needs to go mainstream.

. And it lets creative professionals using graphics programs work faster and more efficiently than ever.

As ever with crowdfunding sites, you support a project at your own risk. There’s no guarantee a project will succeed, or even get off the ground. So bear that in mind before you cough up your dosh. 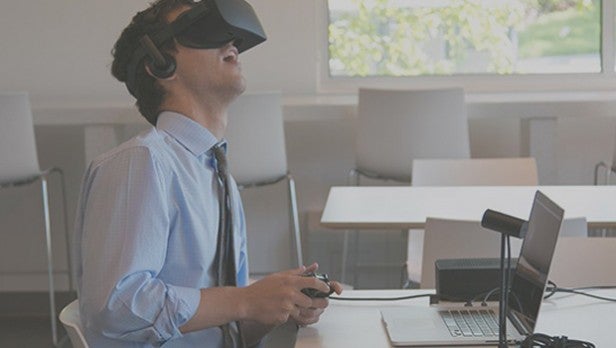 Manufacturing any product is tricky, but Wolfepack has sought to minimise the risk by partnering with Dragon Innovation – the firm that helped bring the Pebble smartwatch and Makerbot 3D printer to market. Dragon has helped asses production costs and economies of scale, so – fingers crossed – it should all go smoothly.

However, Wolfepack does note that high demand could cause delays. Seeing as the project has smashed its funding goal many times over, it could be a victim of its own success.

Very similar to The Wolfe is the Razer Core. Allowing you to use full-length, double-wide PCIe desktop graphics cards, Razer’s external graphics enclosure attaches to your laptop via Thunerbolt 3 (USB Type-C). 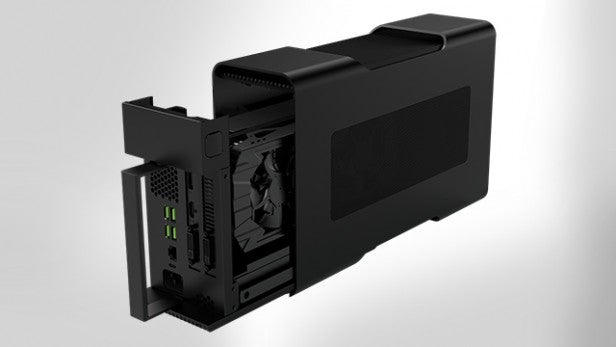 You have to buy the graphics card separately from the enclosure itself, but it comes with additional I/O ports such as 4 USB 3.0 connections and Ethernet. Plus, it features a little handle, which makes it a bit easier to carry around.

It’ll only work with Thunderbolt 3 ports however, so it makes Mac compatibility a bit tricky, though the expected MacBook Pro update could introduce the connection. The Wolfe is available in Thunderbolt 2 and 3 flavours, though future versions will only use Thunderbolt 3.

If you like the idea of VR on the go, better gaming on your laptop and more power to play with, then yes. 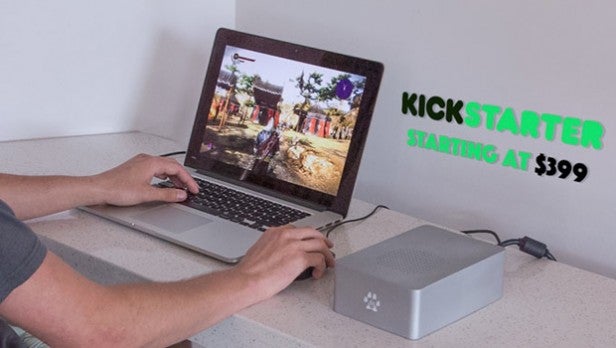 Shipping will start in March (or February for anyone lucky enough to have nabbed an early bird).

Pear Inc. Start-up Company. Does that logo look familiar? We thought so. Pear’s motto is: “The only thing that is permanent if [sic] change. Our focus is to create tools for the mind that advance human kind.” Such as? It doesn’t say. And what has it done in the past? Again, there’s no mention.

We assume it’s a joke. But even so, it looks like a lawsuit waiting to happen.

Will you be investing in the Wolfe? Let us know in the comments.