Microsoft is gunning for Apple with its first ever Surface laptop. It’s launching before the end of 2015 and here’s why you might be getting your wallet out for one.

Well, we weren’t expecting that. After announcing the Lumia 950, 950 XL a new Microsoft Band and a Surface Pro 4, Microsoft also decided to spring a surprise on us by unveiling the Surface Book.

As the name suggests, it’s the company’s first Surface laptop and it’s set to give the MacBook a run for its money. So what will make you want to buy one? We take a look at the key Surface Book features. 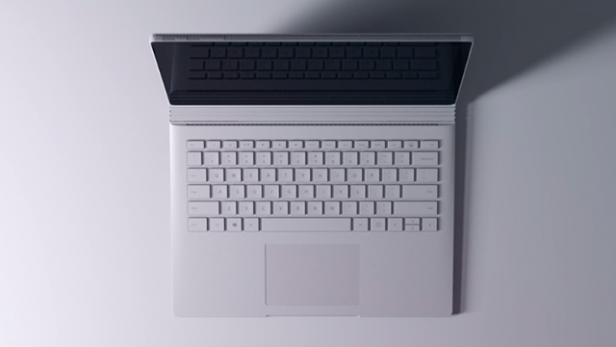 A great laptop needs a fantastic display, whether it’s for binging on Netflix, checking the news in the morning or just hammering out an email. On paper, the Surface Book looks like it should deliver comfortably in this area.

The laptop-tablet hybrid boasts a 13.5-inch display packing 6-million pixels, an optically-bonded screen to reduce glare and a ppi of 267. For that extra bit of protection, the display is also covered in Gorilla Glass 4.

It also has a touchscreen, so you can it can use it in tablet mode, and there’s support for the same pen Microsoft announced alongside the Surface Pro 4. 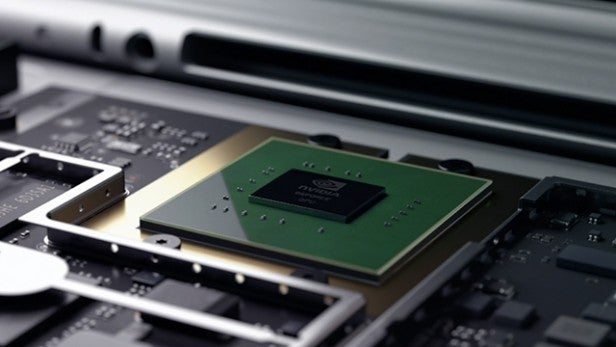 Microsoft has used the same PixelSense technology found inside the Surface Pro that it has used on the Surface Pro 4, this lets the display detect whether it’s being touched with a fingeror sylus and optimise itself accordingly.

Enough power and battery to get everything done

During the announcement Microsoft presented a very telling slide describing the performance of the Surface Book – it’s 50% faster than the MacBook Pro.

Powering the Surface Book are the latest Skylake Intel Core processors – either the i5 or i7 – paired with an Nvidia GeForce GPU with GDDR5 memory. What’s interesting is that the GPU is located in the keyboard, so you’ll have to attach it to get the full amount of power. 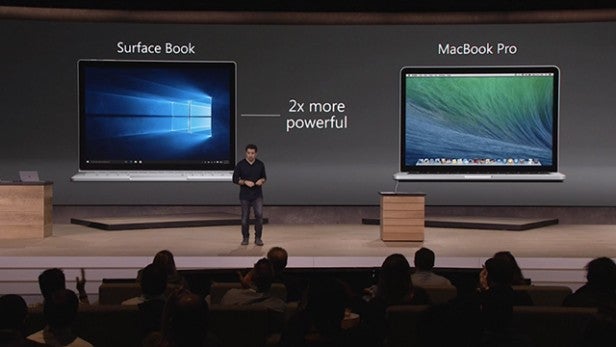 Battery-wise, Microsoft is claiming the Surface Book will be good for 12-hours. So enough to get you through even the busiest day. Unless your day lasts longer than 12 hours, we guess.

The innovative hinge, detachable keyboard and hopefully a killer trackpad

Keyboards and trackpads are often the features of a laptop that tend to disappoint the most, and Microsoft seems to agree. The Redmond company has crafted a laptop keyboard it claims is ‘perfect’. For one, it’s backlit – for all those nighttime work and gaming sessions and the keys themselves are deeper, with 1.6mm of travel.

The trackpad, on the other hand, is covered in glass just like the MacBook. It also boasts 5-points of multi-touch for accuracy. A killer trackpad on a Windows laptop is something rare, so we really hope Microsoft has delivered here. 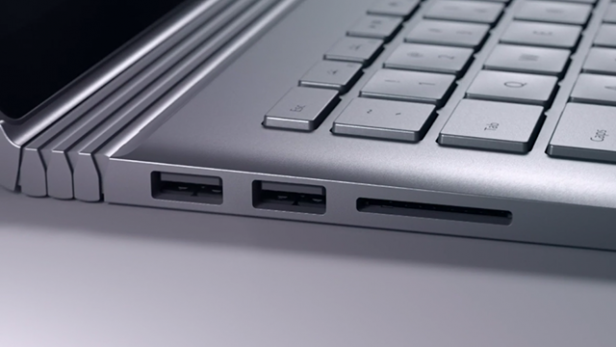 Another clever feature of the Surface Book is the hinge, which certainly has a distinctive look. This allows you to fold the screen around and hold the device in a tablet mode. This is important, because as we mentioned earlier the GPU is situated in the base so you’ll need it attached if you want to get the full amount of power.

We’re big fans of the Surface Pen, so we’re happy to see that you’ll be able to use it with the Surface Book.

The updated design now comes in a variety of colours, all-year battery life (which is good as you actually have to buy another battery rather just recharging) and supports 1,024 degrees of pressure sensitivity. Tucked inside the pen is a new G5 processor which handles the interaction. 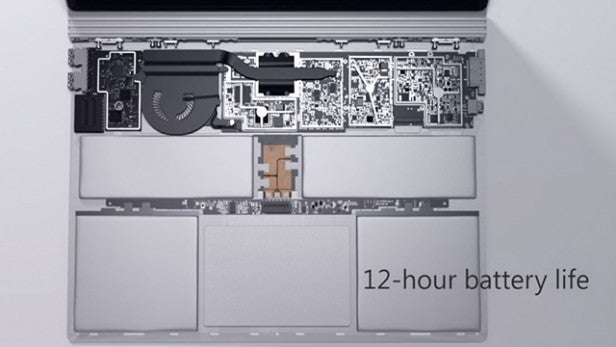 There’s also support for the Surface Dock, which expands the amount of ports you get. Including dual 4K-capable DisplayPlay outputs, four USB 3.0 ports and Ethernet.

It’s a looker too, with a magnesium body that weighs in at 726g (or 1579g with the keyboard attached).

What’s your favourite feature of the Surface Book? Let us know in the comments box below or tweet us @trustedreviews