The new Microsoft Band is official. Find out where he team at Redmond have made the biggest changes and whether they’ve addressed the biggest problems with the original.

Last year Microsoft decided to join the activity tracking party with its own Fitbit and Jawbone rival. The Microsoft Band came packed with features including GPS and even had an UV sensor to keep you safe in the sun. It even played nice with Cortana and had its share of smartwatch-like functionality.

We weren’t the biggest fans of the first version but that’s not stopped Microsoft giving it another go with the new Band. It packs many of the same features but there’s a whole lot that’s new as well.

Set to go on sale on October 30th for $249 and on November 19th in the UK for £199, here’s how the new Microsoft Band compares to its predecessor. 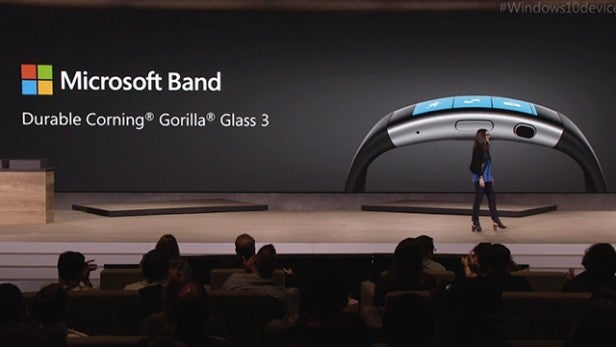 The design has radically changed

Thankfully, Microsoft has addressed the biggest problem with the first Band. It was so uncomfortable to wear. Just as the leaked images suggested, the next generation version now wraps around your wrist in a more natural way. Microsoft says it’s using a more breathable and flexible design that gives it a look that reminds us of the Samsung Gear Fit.

There’s changes in the screen department too with an improved AMOLED curved display and Corning Gorilla Glass 3 to add an extra layer of durability. Microsoft says the changes will improve the screen’s responsiveness to touch, which should hopefully make it easier to use when you’re getting all sweaty. 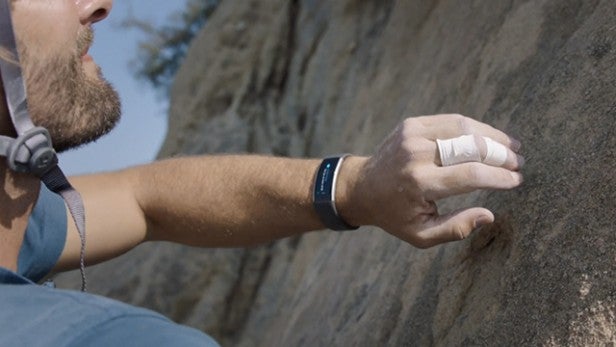 Microsoft packed more sensors than most into its Band and it’s not done yet. You still get access to features like GPS, an optical heart rate monitor, and the Galvanic skin response sensor. Now you also get a barometer, which isn’t a groundbreaking addition, but it does now mean you can track elevation changes. Now you can record data monitor when you’re climbing a flight of stairs or something more adventurous for a more comprehensive view of your daily activity. 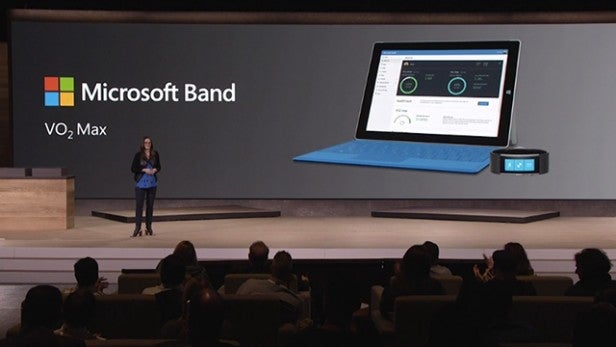 Take it to the Max

Microsoft says the Band will be the first activity tracker to be able to deliver VO2 Max monitoring. This is the kind of test that’s usually done by jumping on an exercise bike or a treadmill and strapping on an oxygen mask plugged into a computer. It’s massively importnt for elite athletes like long distance runners and F1 drivers letting them see the maximum oxygen they can process in a minute.

This information is important because it gives you an idea of how much oxygen is getting through to muscles to function properly. The Withings Pulse OS offers similar functionality for monitoring blood oxygen levels but it looks liek Microsoft will take that to another level with the analysis of the VO2 data post-workout. 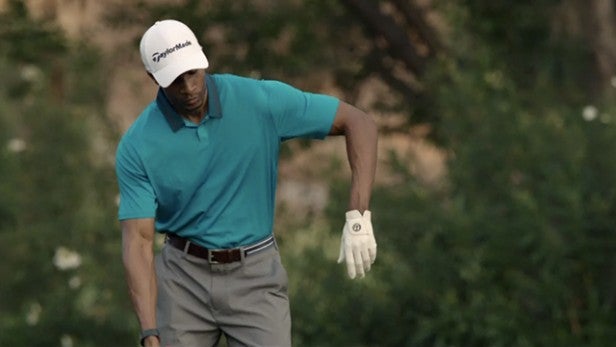 You can take it out on the range

Cyclists, runner and golfers are set to get the most of the Band’s new features. If your hitting the golf course, there’s now an automatic shot detection that uses multiple sensors including the built-in gyroscope and the accelerometer. Other data recorded includes calories spent, the distance to the hole using GPS and it’ll also give you an automatic score card at the end of your round to see how much damage you’ve done to your handicap. 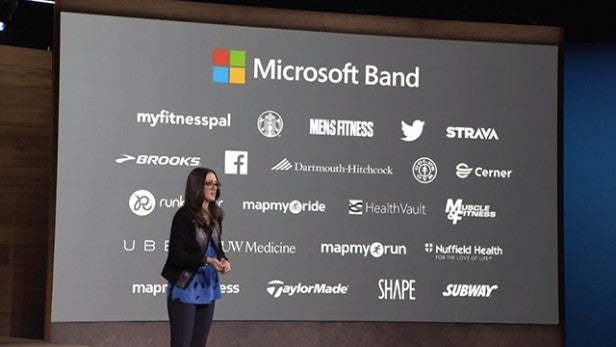 While it was great to see the first Band work with iOS, Android and Windows Phone, it notably lacked the kind of third party app support that you can get with the likes of Fitbit, Jawbone and Misfit. That’s now all changed with Microsoft announcing a raft of new partners both fitness and non-fitness related including Runkeeper, Facebook, Uber and Lose It!, the popular app already available on Fitbit’s platform. 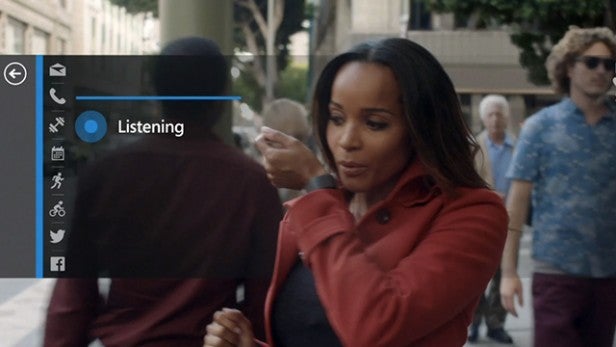 Microsoft’s Siri and Google Now rival was already supported on the first Band, but with its growing presence since the arrival of Windows 10, it’s going hopefully become more useful. That is as long you have a compatible Windows phone and it’s in your pocket on in your bag. Now you’ll be able to get voice notifications about calorie intake during the day and will now even help you reschedule gym class appointments when you get trapped in a meeting or opt to go for a long, unhealthy lunch.

Do you like the sound of the new Microsoft Band? Let us know in the comments section below.