Life is Strange has captured the hearts and minds of everyone to play it. Since the launch of episode one back in January 2015, the game’s coming of age narrative has been a consistent discussion point amongst gamers.

It’s gripping story following the tale of two best friends in their formative years, one of whom discovers the ability to manipulate time, leading to a series of tough choices that impact not only her life, but those around her, too.

As a result of the ever-rising popularity, the small development team at Dontnod deservedly picked up the BAFTA for Best Story at this year’s awards show.

Ahead of their victory, I sat down with game director Raoul Barbet, producer Luc Baghadoust, game director Michel Koch and writer Jean-Luc Cano to look back on what has been a phenomenal year.

First off I just wanted to ask how you’re feeling, it’s been quite an incredible journey, and you’ve been a big talking point for a long time, so I wanted to get your take on everything.

Luc Baghadoust: It was a great experience. We had the previous game, Remember Me, we had the feeling that a lot of people share, we had the rush of the end of the project and then the game is released, a lot of people talk about it and then it disappears, and then sales two months after and no one cares about your game because other games are coming. 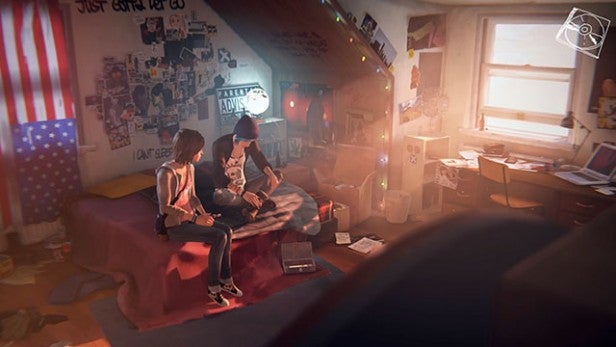 Here it was really a feeling that lasting all year, all year long, last year from Episode One in January, and then every two months or so there’s a new episode. So it was a really intense year for us, a lot of pressure because we had to make sure the game was released on time, also a lot of satisfaction to see that people were behind us, and to see that people, after October, after episode five released, still talking about the game. You know, sometimes we have access to the Steam activity and still seeing people are playing Life is Strange. It’s really crazy.

Raoul Barbet: It’s like having a year-long release for a game. We were lucky to have this kind of episodic format, even if it’s quite complicated working on an episodic format, but even if it’s quite complicated, from a human point of view and for the team it’s really great to have the community following each release like this, it helps a lot to have the strength to continue and because when you do a game you’re just waiting for release and then you go on holiday and wait, here you make the release and have to work on the other one. So it’s quite different but it’s really cool.

You had a very strong story with this game, but one thing that must have been great for you was seeing how much people discussed this game. Was there anything that became a strong talking point that you didn’t expect?

Michel Koch: I think you never completely know when you work on a story what the players will love or what will capture their attention. Of course that’s the job to create the story beats and the cliffhanger, the big moments that we’re pretty sure will be big moments of the game. 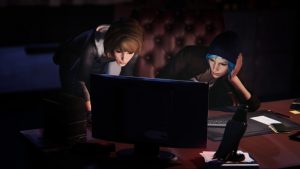 But the game sometimes has a life of itself and there’s some stuff that really gets appreciated by the player that you never really thought about. It might be really small stuff like, we have this really small character drawing on a piece of the floor, Hotdog Man, a little sausage man, and this became really huge in the community with fan arts and drawings and for us it was just one graffiti, one small element in the design. And it became something that the players really loved. And it’s stuff like this that becomes really interesting.

[It is at this point the PR enlightens me to the T-shirt line of Hotdog man, of which he is wearing a very fetching item]

LB: Even within the game, sometimes, as it was episodic we were able to adjust some things, based on people’s reaction. From small line changes up to the scene where you visit Kate in hospital because pretty soon we learned people cared a lot about Kate, and the guy’s felt it was important to add something with her.

RB: As there is a lot of characters, it’s very important to be sure to give enough information for the player to relate to those characters and that is what is quite complicated when you write a story like this. 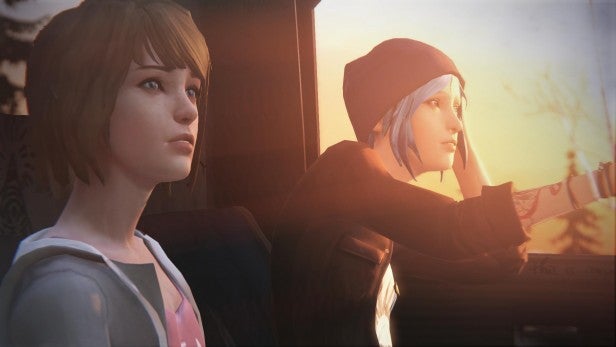 You talk about a lot of characters, you have to really be sure there a not too many, because sometimes as a player it is difficult to know them and care for them so it was quite difficult at the beginning and it is impressive to see after all the players relate or choose their best ones and it’s quite a surprise each time when you see ‘oh I love Nelson’ or Frank or this aspect of Frank.

Each time it’s a surprise to see all players react to those characters because they’re their own story, written by Jean-Luc and when you take the small details, it’s really fun.

Jean-Luc Cano: It’s really surprising when we wrote the story, we imagined the story, we knew because, when I finished the story I gave it to the guys and gave to everyone at Dontnod, and when they finished episode two it was like ‘woah!’ At the end of episode three: ‘woah, it works!’

We knew that we had, as Michel said, these key moments in the game, but we didn’t know that Frank would be so well loved and Kate had a big fanbase, it’s really surprising, but that’s why we really appreciate that when we work on Life is Strange, the players take the game and really find something they love. 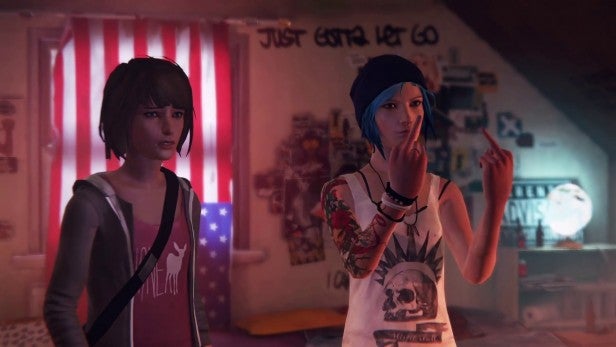 A really interesting thing you mentioned was how feedback between episodes allowed you to adapt your story. Although you don’t change the overall structure, you can add bits here and there, and is that one of the key benefits of being an episodic game?

LB: I think the team was confident enough in the story, we didn’t, at no time the story was compromised and say we need to change something. It’s a double-edged sword, so if things go well, it’s great to have an episodic game, because as you said we can adjust some minor stuff.

In a case of poor sales, poor reception or major hole found in the story, like something that doesn’t make sense and something that need to be changed completely, you can have very bad consequences whether the episode is released or not.

RB: And you need to be careful not to overuse the fan’s feedback to not be tempted to change too much of something.

I think we can see this also sometimes with TV shows, I think it was important for us to have this big suspense story, this structure, this knowledge of beginning and ending and the main parts of the story and really stick to it and make adjustments to it, smaller adjustments based on what the feedback of the players, from the press, or our own feedback, because we got better as we went on and we knew some of the mistakes we made from episode one and try to improve it in the next one.

Other episodic games can notice sales deteriorating with each subsequent episodes, the reverse is true for Life is Strange, why?

LB: The word of mouth must have played a key role, I think. Many people told us they came to it from friends, like you do from a TV show, you enjoy the TV show so much that you want, between each show, to talk about what happened, share theories about what’s coming next, so I think that worked.

MK: We had also a lot of YouTubers making videos of the game. I think it’s more common nowadays with games, but it helps I think, a lot, to show visibility to the game to new players, people who are just browsing a YouTube channel and see someone playing the game and it might interest them.

JLC: I think something about Life is Strange is that it’s a new IP. When you have a game like Walking Dead, a really good game, but when you talk to a friend and say ‘oh you know Walking Dead, the game?’/’oh I know the TV show, it’s about zombies, so the game will be about zombies’. 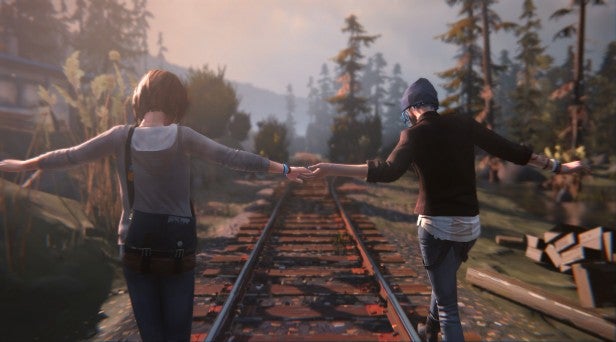 ‘Do you know Life is Strange?’ Well, what is it about? You have nothing to talk to your friend about, it is not like this movie or this game. It’s brand new. I think that worked well in our case.

MK: I think you’re right, maybe with an existing IP you also have a bigger surge of players right from the beginning because all of the fans of the IP will go to the game. For our game we slowly built up the community because players didn’t know the game and some were interested but we didn’t have a whole fanbase, we just started from the beginning and maybe that was why.

We are still seeing, these days, people on Twitter, people saying they’ve just picked up Life is Strange, so it’s still getting new players.

When the game first came out, there wasn’t the hugely passionate fanbase that there is now, and we’ve seen how much people want a second season with the fan-made Kickstarter. Do you almost feel obliged to continue to support them rather than pursue other projects? Another team within Dontnod is making Vampyr, but what about yourselves?

MK: It’s really impressive to see the community is still really active, and it’s good because recently we’ve had the release of the t-shirts for example, and people are still talking about the game, new players are starting to play it, we’ve seen even yesterday and every day we’ve seen new cosplayers and photos of the characters. It’s really great and we’re still trying to be active on social networks and interacting with the community, we’re not leaving them behind. 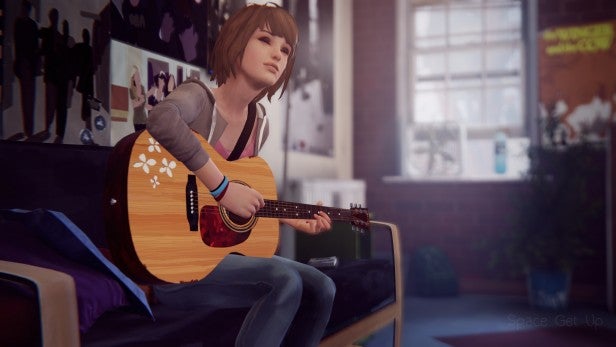 So what would you like to see from the series going forward? A new story in the same universe, a continuation with the same characters at a different point in time?

MK: It’s really early to talk about what will happen next but for sure we know that we are done with the story of Max and Chloe. We really had this story and we got it to an ending for Max and Chloe. We wanted to have a coming of age story and for those characters, it was done for that, and we are exploring what we can do, but it’s really early to tell what will come next.