The Future of IMAX Cinemas: How VR could change the way you experience movies

2016 was the year VR finally arrived in a real way, and while the Oculus Rift and HTC Vive provide a genuinely immersive and innovative experience, the technology has yet to hit the mainstream. Part of that is down to the restrictive price of a decent VR experience.

Even the more recent PlayStation VR costs £350, while the aforementioned flagship headsets from Oculus and HTC go for upwards of £600 – and that’s without considering the high-powered PCs required to run them.

All of which means VR has a long way to go before it becomes a true phenomenon, but IMAX believes it has the answer – or at least part of it – with its new VR centres. The company has begun piloting a series of location-based VR centres, to test out the viability of VR as a new venture, with 10 pilot centres planned for 2017.

LA was the first city to see a such a centre open, followed by Manhattan, with plans for more locations in Manchester and Shanghai in September. 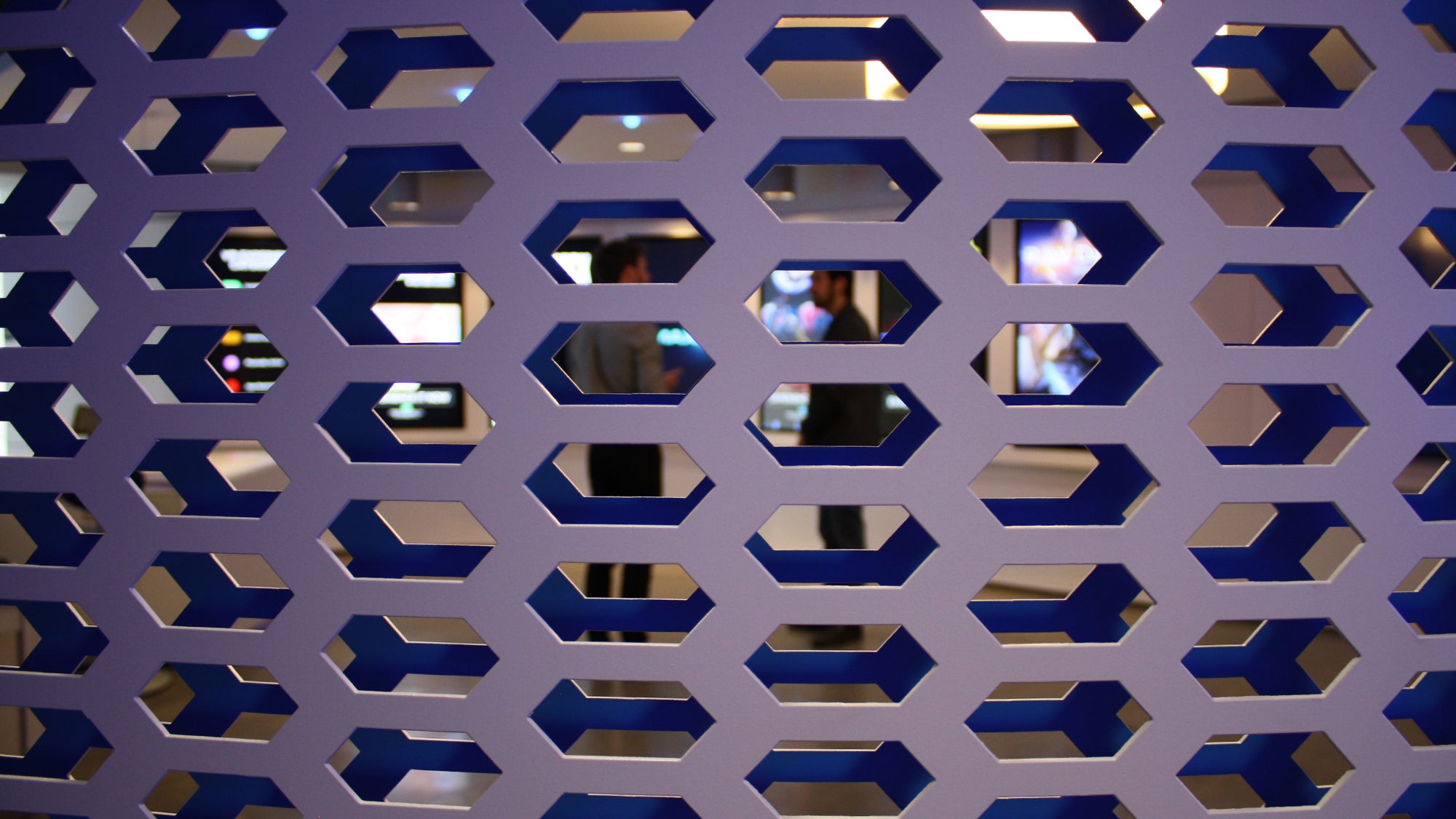 The idea for IMAX, aside from creating new revenue streams, is to get ahead of the curve when it comes to VR, and to do so by focusing on one thing: differentiation.

“We’ve designed the VR centres to be extremely social, so they’re different than anything you can get at home. I think the consumer proposition has been a little challenging. The price point is kind of restrictive, but to me that’s an opportunity for us. People want a taste of VR, but instead of spending $2000 and finding additional space in their homes, I think it’s a better proposition for them to spend $7 or $10 an have a premium VR experience.”

And that’s exactly what visitors to the IMAX VR centres get. I visited the LA site to see how the company is differentiating its VR experience – and I think it’s genuinely on to something.

The venue itself looks distinctly futuristic, like stepping onto a set from one of the new Star Trek movies – all smooth metal and sleek lines. The lobby also borrows from IMAX’s cinema heritage, with a screen above the entrance desk offering visitors a rundown of ‘showtimes’ for the various VR experiences.

Tickets are broken down into two categories, with customers having a choice between paying $7 to $10 (~£5-10) to try out ‘featured’ titles, or $25 (~£20) for a ‘VR Sampler’. The latter gives you about 30 minutes to try out a number of different VR experiences, and represents the best value-for-money option to my eye. 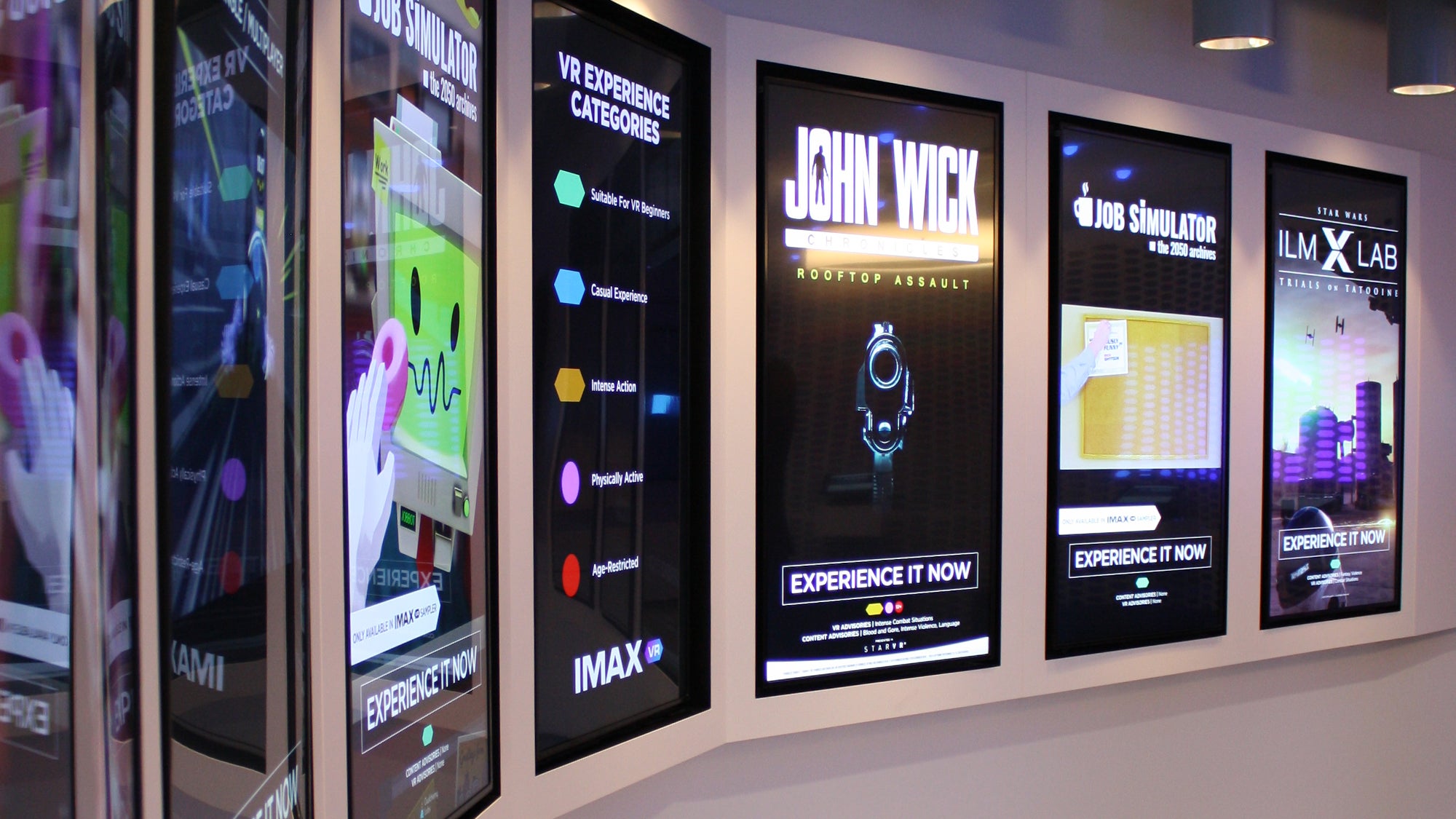 Once you buy a ticket, you pass some screens explaining the basics of VR and enter the main room, which has been fitted with 14 VR ‘pods’. These are essentially 12×12′ cubicles that stand in for what would be the user’s room, if the tech were being used at home, and make use of either the HTC Vive or StarVR headsets. These pods also offer visitors the chance to try out various add-ons to enhance the experience, such as haptic vests to simulate gunshots, and specially-designed gun peripherals.

I tried both of these during my time in the ‘John Wick Chronicles’ title, during which I turned in a shocking performance attempting to defend a rooftop from hordes of encroaching thugs. While my skills weren’t quite up to actual John Wick levels, the experience itself was incredibly fun.

For this experience, IMAX was using Starbreeze’s StarVR headset, which doubles the field-of-view on the Oculus Rift (210 degrees instead of the Rift’s 110) attached to a pulley system overhead, so as to keep the cables from becoming too intrusive.

For the time being, IMAX’s VR centres are one of the only places consumers can try out this kind of tech, and it’s an attractive offer for those looking to see what VR can really do when done right. However, the VR centres’ real selling point isn’t the custom hardware, impressive though that is.

No, the real potential here is the social aspect. 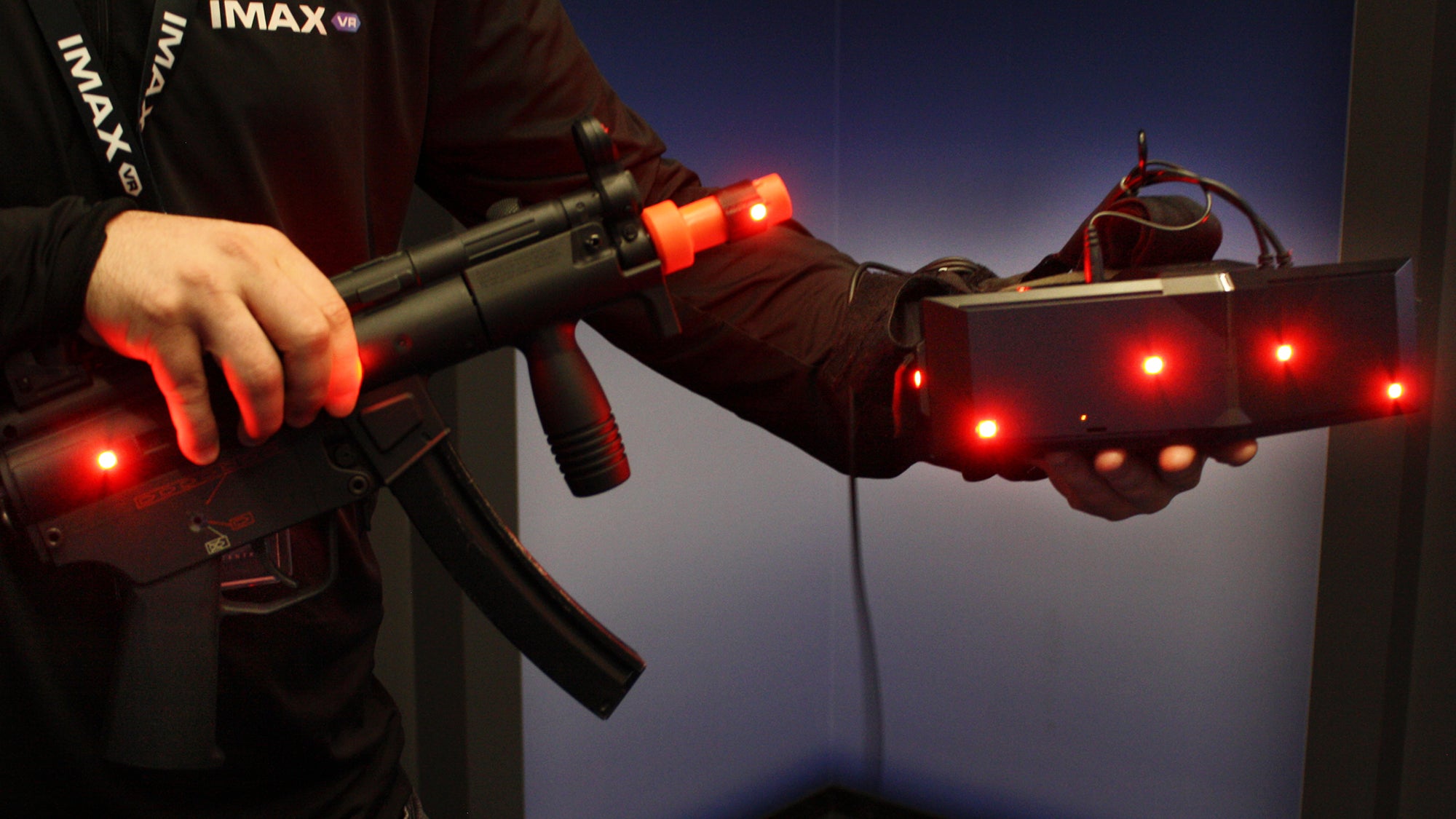 After John Wick, I tried out multiplayer sci-fi action FPS ‘Raw Data’ with a colleague. It offers a simple setup similar to John Wick whereby you and your partner are deployed in a room and have to take out waves of robots intent upon dispatching you. Simple though it is, it’s incredibly fun, allowing you to duck behind objects, and take out your robotic adversaries while dual-wielding pistols.

At one point, having taken care of one group of automatons with some pretty fine gun work, I turned to see my companion becoming quickly subsumed by another group of enemies. Shooting the metallic bodies off my cohort and only just saving them from an early death established a real sense of camaraderie, and was an undeniably cool moment that did a lot to convey how these VR experiences reach another level once you get a group of your friends involved.

Despite racking up a dismal score, then, I finished with a real sense of exhilaration, and a clear vision of how VR centres such as this could become a new social destination for group outings. Instead of laser tag, or paintball, or even seeing a movie, a group visit to one of these locations could provide as much, if not more, of the thrill that comes from such outings – and at a similarly approachable price point. “Over 90% of groups that have come in to LA have been groups of two or more, and over 50% have been in groups of three or more,” explained Rob. What’s more, according to IMAX’s statistics, 80% of visitors are first time VR users, which means the company is well-placed to help spread the word about a technology that has so far been held back from true mainstream adoption for various reasons.

Rob continued: “Both locations have exceeded our expectations in terms of admissions, and revenue. If they continue to be as encouraging as they are, then we definitely see this as being a business model that works for us.”

The Future of IMAX: Differentiation is the key

All of which sounds great, but there will undoubtedly be challenges ahead. VR continues to evolve and will, as time goes on, become an increasingly affordable technology for consumers. Companies are constantly innovating in that regard, with HTC recently announcing a new standalone version of its VR headset which will be more affordable than the HTC Vive proper. It looks set to arrive exclusively in China for now, but will undoubtedly launch elsewhere in the coming years. 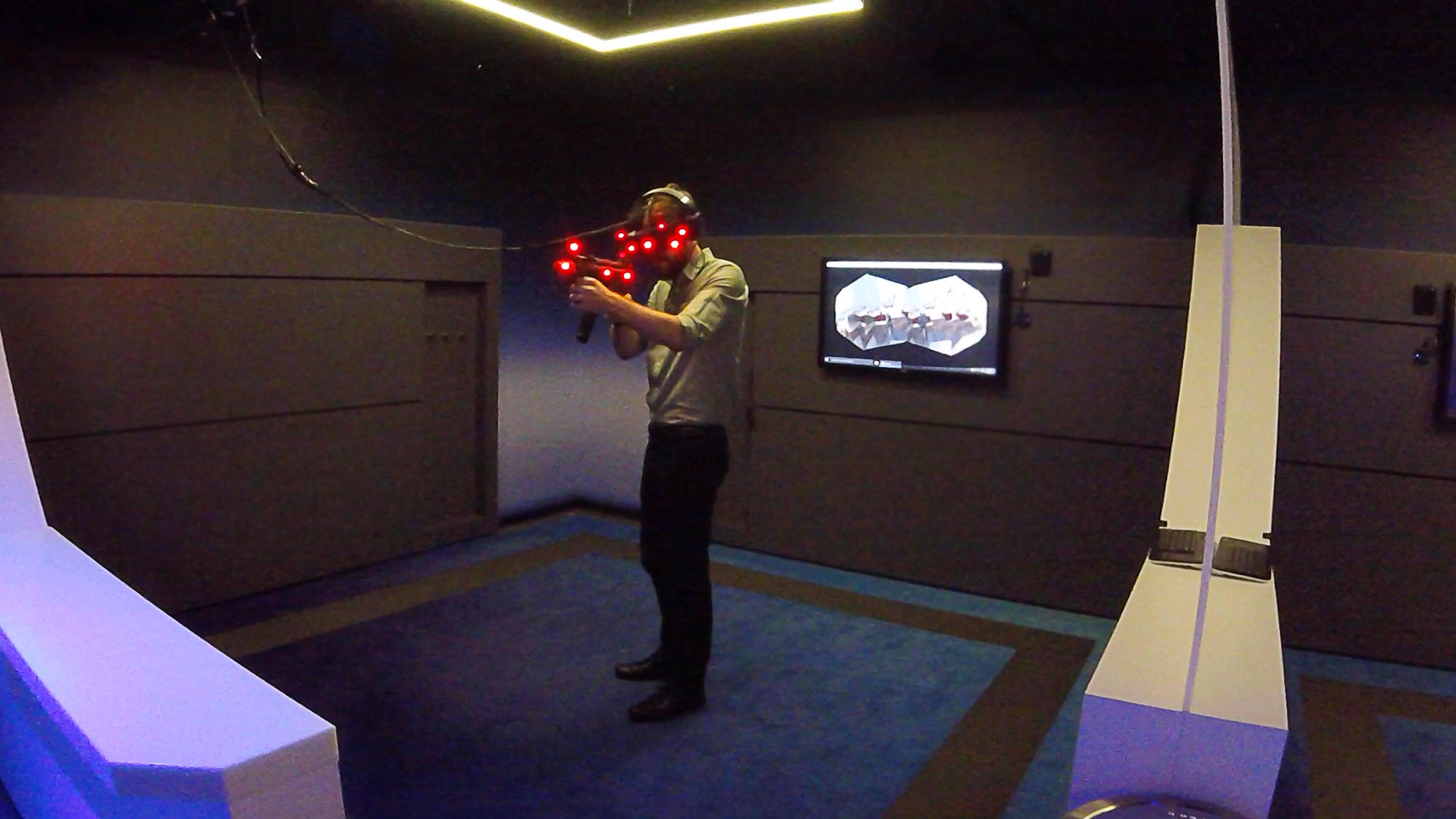 As such, IMAX plans to stick to its ethos of differentiation in order to ensure the VR centres stay popular.

Rob explained how the company has tried to incorporate the social aspect of VR into the centres’ design as a way of ensuring differentiation is built into the project:

“All of this is designed to make sure that even if the headsets become ubiquitous in the home, you can’t replicate the type of social experience we’re building here.”

“In addition to that we’re aggregating so much premium technology, in terms of best-in-class headsets, all these peripherals, all these haptic vests and hand controllers, which makes it very different from what you can get in the home.”

While much of the content available at the centres is licensed from third-parties, and enhanced using IMAX’s custom tech, there are plans for more exclusive experiences in the future. Rob continues: “Equally as important, the content we’re investing in is going to be exclusive to our VR centres, at least for a period of time, which further differentiates it from an at-home experience.” 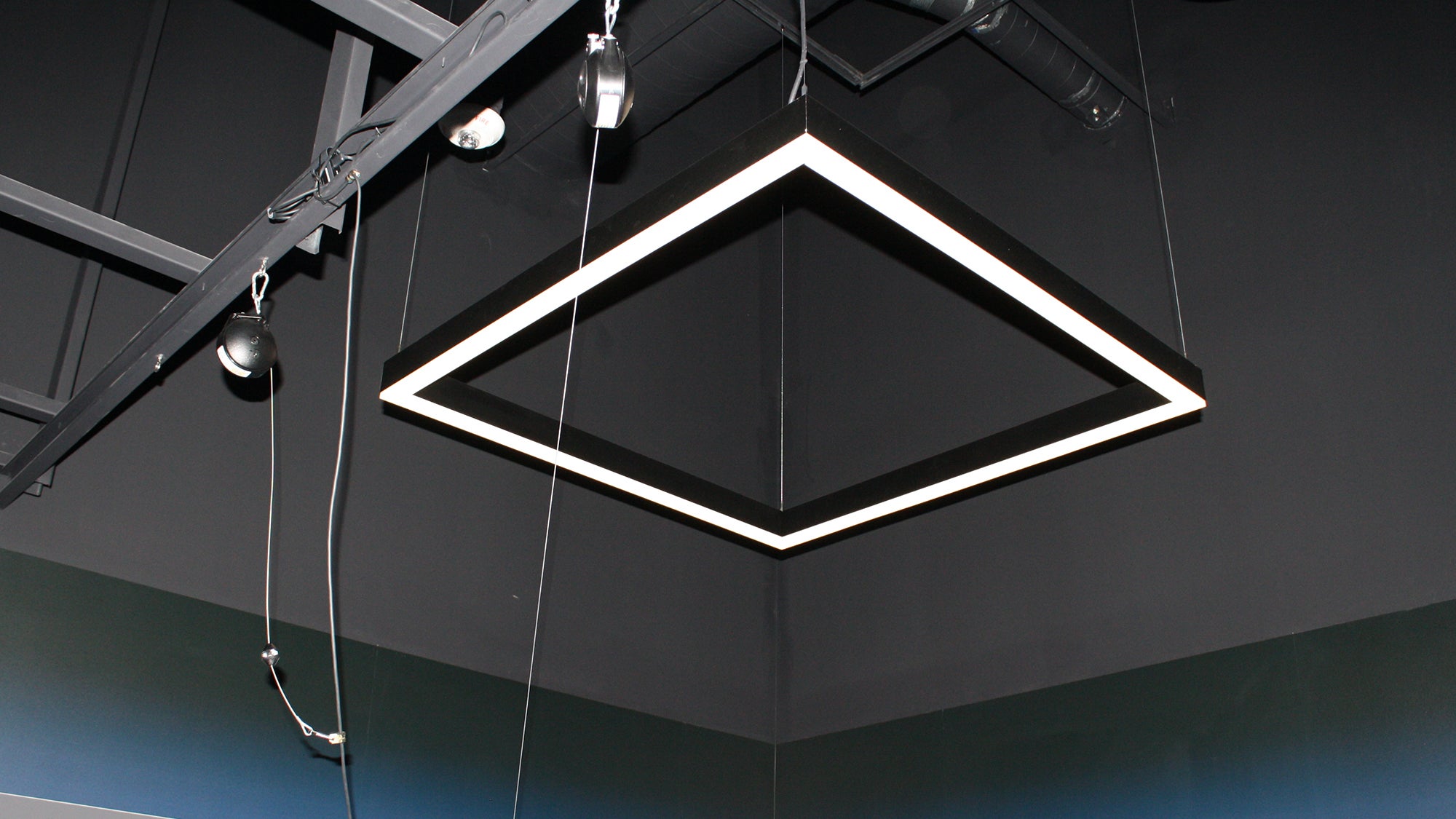 On top of that, aside from providing the hardware, IMAX’s partnerships with companies such as HTC, Starbreeze, and Acer – which builds the high-powered computers needed for the VR centres to run – allow IMAX to see what’s coming in the next generation of VR, which, as Rob explains “gives us the ability to stay on the cutting edge.”

The company has been developing its own VR camera, in partnership with Google, which Rob says will be in prototype-form by the end of the year, and product-form by next year. Most importantly, the camera gives IMAX another way to differentiate its VR offerings in the future.

Rob explains: “If we’re able to give our camera to one of the big filmmakers that work on IMAX movies and create something that’s really unique, that’s another source of differentiation in terms of content in our centres vs what you can get at home or in another VR venue.”

Will all this be enough to bring VR from the margins of consumer tech to the centre? Probably not by itself, but it has the potential to play a big part in the overall effort to bring VR to the masses. What’s more, IMAX sees the venture as one of the steps towards preserving movie-going for a new generation. 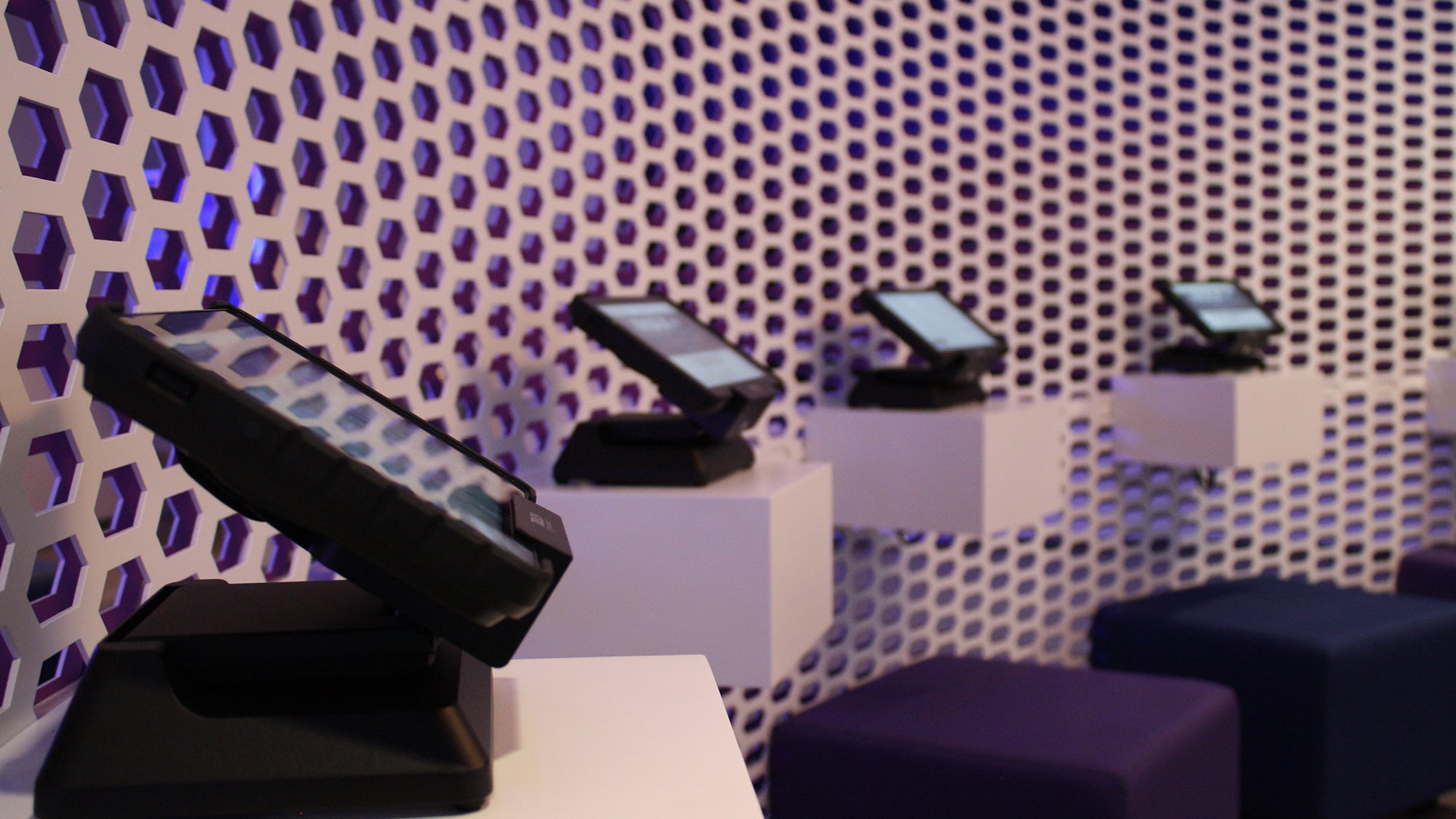 Put simply, Hollywood has a millennial problem. But IMAX is confident all is not lost, and sees its VR ambitions as central in the fight to save the multiplex.

Rob says IMAX’s figures show that 70% of the groups attending the VR centres have been millennials:

“That’s super important. Not just because they help dictate new trends in entertainment consumption, but because when you’re looking at going to the multiplex that’s exactly the audience that the multiplex operators are trying to capture, or recapture.

“So we can go to multiplex partners and tell them ‘not only is this something that will help your multiplex in terms of increasing traffic, but the traffic that you’d be getting is exactly the target audience you want to bring back to the multiplex’.

“I think to the extent that you’re looking to add a whole new generation to movie-going or get more millennials into the multiplex, I think VR is absolutely a way that can be done.”

It will take a lot more than the approval of millennials to take IMAX’s VR masterplan from the drawing board to the High Street, of course, but it’s certainly a starting point. 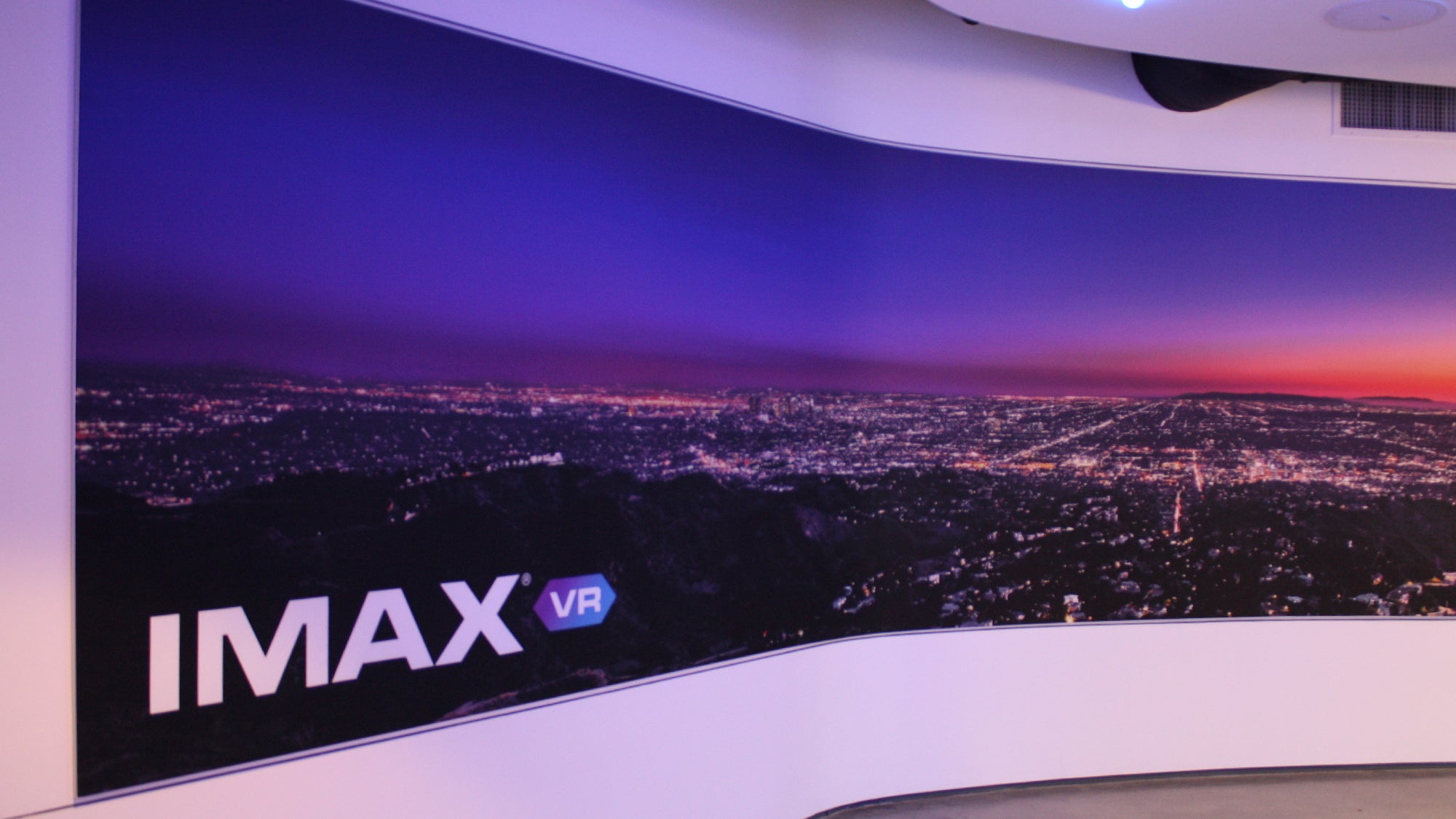 For now, though, IMAX is focussing on the 10 pilot centres it plans to open this year, and “evaluating the performance and understanding whether this really is a business we want to roll out on a global scale.” But if the statistics keep pointing towards a positive response, there’s every chance movie theatre lobbies could come with VR centres built-in in the future.

Rob envisions such a future as being one in which IMAX is as invested in VR as it is in movies, adding: “If it does prove successful, I can absolutely see creating a network similar to the 1200-screen network we’ve created in cinema.”

What do you think of IMAX’s VR plans? Tweet us @trustedreviews.