HTC Sense 6 is the software used in the HTC One M8. It’s part of the reason why HTC’s new phone is so great.

HTC says it has redesigned Sense “from the ground up” for this 2014 edition, but what’s really new? Here are the top new features and tweaks in the new HTC Sense 6 software.

An even simpler look 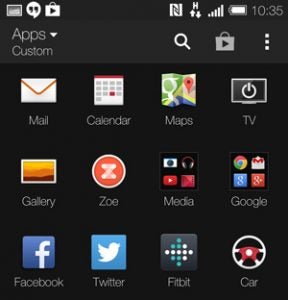 Last year, one of the reasons we preferred the HTC One’s Sense 5 to Samsung’s TouchWiz is that it was simpler. HTC Sense 6 takes things a step further in some respects. The app screen no longer has a clock up top, for example, and the app menu/home screen navigation buttons are a lot more conventional.

What we’re seeing here is HTC Sense moving a lot closer to what vanilla Android looks like. That’s no bad thing.

Fitbit integration is in

We know Fitbit as a maker of little
fitness gadgets you put on your wrist or wear on your clothing. They
record how many steps you take and, in some models, how many stairs
you’ve climbed. However, Fitbit integration in Sense 6 turns the HTC One
M8 into a Fitbit tracker itself.

Fitbit comes pre-installed in this
version of Sense 6, letting you use your phone’s motion sensors to
record your daily exercise. This is really just an equivalent of
Samsung’s S Health, but we’d much rather have Fitbit on-board. It’s a
sign that HTC has much less of a corporate ego than Samsung. It can work
with other players, rather than needing 95 per cent of the credit 100 per cent of the time. 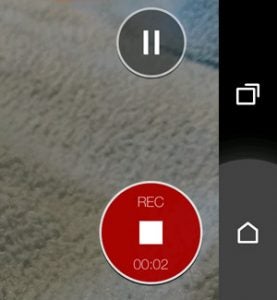 HTC Sense 6 lets you pause while you’re capturing video, letting you stitch together two different scenes or takes without having to do any video editing whatsoever. It’s quite a natural progression from HTC’s Zoe video highlights clips, which tie together pictures and video to give you a little highlights reel of your recent photography.

Making such a video is dead simple. While capturing video with the HTC One M8, a pause button appears next to the play/stop button. Tap it and it’ll stop capture without creating a separate video file, leaving you to continue capture within the same file. It’s obvious, but still clever as we don’t generally see this in phones.

BlinkFeed and Camera app opening up to developers

HTC has
announced it is to offer up the camera app and BlinkFeed SDK/APIs to
developers. This will make it much easier for app makers to push their
updates to the BlinkFeed home screen and take advantage of the great
camera hardware features of the HTC One M8.

The M8 is the first
phone camera we’ve seen to use a secondary ‘depth’ sensor that lets the
camera separate the foreground from the background without any intensive
processing or guesswork. BlinkFeed has been available to outside
sources for a while, but in releasing the full SDK other smaller devs
should be able to get on-board more easily. 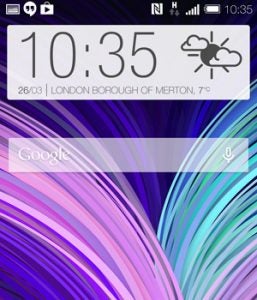 HTC has tried to make Sense 6 look more colourful and fun without trading away the cool and sleek look it established with HTC Sense 5 in the HTC One. Rather than being able to take out the artist’s palette, slopping down colour as you fancy, Sense 6 offers a few different colour schemes based around complementary colour tones.

There’s a stark monochrome one, a purply one, an orangey one and a couple of others pre-installed in the HTC One M8. They don’t mess with app icons, but do offer their own wallpapers, a bit of BlinkFeed cusomisation and some colour trim elements throughout the phone’s menus.

As well as being more colourful, BlinkFeed’s navigation has changed a bit. Until now, BlinkFeed arranged its updates into pages. But in HTC Sense 6 BlinkFeed is a continuous scroll of updates, allowing for quicker flicking through the latest new bits.

This move also makes it feel closer to the scrolling of the home screen of a Windows Phone device. Is that a bad thing? Not really, but we are seeing HTC give up some of its characteristic UI elements – possibly having concluded that the more ‘standard’ way is simply better. 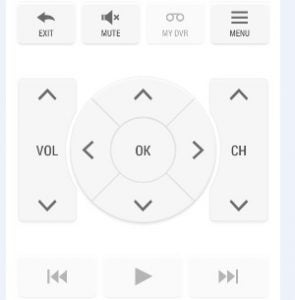 HTC has updated the HTC Sense TV app, giving it a new and easy-to-use interface. As you can see from the screenshot, it gives you a control interface for your own home entertainment gear, as well as a TV guide.

It works using the IR sensor on HTC’s higher-end phones. You need to program-in the remotes you want to control to a slight extent, but we were up and running with an AV receiver and TV within five minutes.

HTC hasn’t really dramatically altered the feel or look of Sense TV in Sense 6. It’s more a tweak of what we had before.

HTC Sense 6 has gone modular. This doesn’t change how the software feels, but will affect updating your HTC phone and its key features.

Sense TV, BlinkFeed, the camera app and the Gallery will all be updated through Google Play – like any other app – rather than as part of a phone-wide update. Not only does this make it much easier for HTC to update these core apps separately, it will also make it quicker for HTC to apply Google’s Android updates to Sense 6 phones.

We’ll have to wait to see whether this really improves the Android update situation, but it seems like a good move.

Gallery shows images in a timeline

The Gallery app has been given a spruce-up. Now, photos are automatically arranged by date taken, much like an iPhone. In HTC Sense 5, there’s much more segmentation by where the images come from, and a different column-based navigation.

While not obviously, immediately superior, the new system is more appropriate for those who like to use their phone as an everyday photo snapper. Apple rarely gets these sorts of things wrong, so copying its strategy seems like a sound move for HTC.

The Gallery app now has an image match function that lets you find pictures of a specific person in your library. It works much like the face detection Facebook uses to suggest tagging options – something Facebook stepped back on a bit after it was deemed just a bit too creepy. Within the confines of your phone, though, there isn’t the same creep factor.

You use it manually, too. Selecting
Image Match from the settings within Gallery scans through your
photos and looks for faces to scan.

Zoe support for your friends (at some point in the future)

HTC has made a Zoe app to make it much easier to save your HTC Zoe photos. And it’s planned to come to Android phones other than those made by HTC too.

However, the app isn’t available to download just yet. HTC says we’ll have to wait until the summer to board the Zoe train. For now it operates much like it did with HTC Sense 5/5.5 in the HTC One.

Next, check out our look at the HTC One M8’s main problems