Each week, we’ll be bringing you our pick of the best crowdfunding projects around, so you know which ones to consider backing, and which ones to definitely avoid.

This week, our ears pricked up at the sound of Nura, a pair of headphones unlike any other. Meanwhile, we were turned off by a rather dubious sex toy for men. Read on for our views on both.

WATCH: What type of headphones should you buy?

It’s a pair of headphones that automatically tune to your unique hearing profile. . It takes just 30 seconds to get it set up for your listening profile, including fine-tuning it to both of your ears (as even they hear things slightly differently from each other). Then you should be able to hear every note, just as the musician intended.

Here’s how it works. When you put it on, it plays a range of tones that cause electrical impulses to be sent to your brain. At the same time, a sound wave travels back out of your ear to the headphone. Encoded within this sound wave is your unique hearing signature. The proprietary technology within the headphones then measures this information and equalises the sound to each ear, raising the levels of those frequencies you don’t hear so well. Hey presto, you’ve got your own listening profile!

You can create and store multiple profiles, should you fancy sharing Nura with other people in your house. But as soon as you put it on, it recognises you and loads your listening profile. It even says hello. 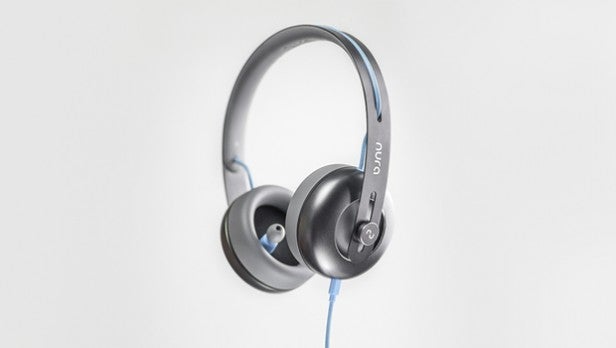 Each person’s hearing is as unique as their fingerprint. While some headphones sound a lot better than others, it’s still a very subjective measure – what sounds pure and crisp to one person will come across as tinny to someone else. The differences might not be that stark, but they’ll certainly be noticeable. Adjusting the sound to each wearer’s hearing is a genius way to make sure everyone gets the best possible sound quality. And hopefully it could spell an end to the ‘my ears are better than yours’ snobbery that’s common among audiophiles.

As ever with groundbreaking technology, the real test is whether it works as advertised. But early reports are encouraging. . Others say they were blown away by how awful everyone else’s profiles sounded to them. Which goes to show how differently we all perceive sound. But there are still challenges ahead.

The pre-production models have circuit boards hanging off them. While the makers claim these will be minimised and integrated into the final versions, it’s still a little disconcerting to see such an early sample. Inventor Kyle Slater claims he wants Nura to be robust, which could mean making it out of metal rather than plastic. While that would indeed make it more robust, and more premium, it would also make it heavier and more expensive. And it could be quite a job convincing people to spend hundreds of pounds on a pair of headphones from a company they’ve never heard of before.

Then there’s the design. While it looks like a regular pair of on-ear headphones, there’s actually an ear bud inside the cup. This is used to register the sounds that the wearer’s ears make, as well as to play music. It should also mean it cuts out all background noise, but it looks highly unconventional, and could put some people off.

You connect Nura via a Lightning or USB cable instead of a headphone jack. This means you won’t have to convert a digital signal to an analogue one, which should result in better sound quality. But it also means you’ll need an adapter to use it with a computer. (Though it will be compatible with the iPhone 7, if – as rumours suggest – Apple drops the headphone port.) 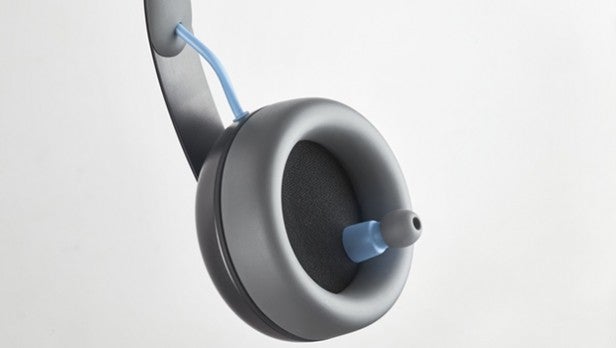 Harmon launched the AKG N90Q headphones at CES last year. It uses similar technology to scan your ear and fine-tune the audio, plus it has three different soundstage settings for further customisation. But with a £1,299 price tag, it’s only for the seriously minted. (Nura costs $219 (£149) on an early bird, or $399 (£272) at retail.) Plus the bulky design and the need for external power mean you won’t be wearing the Harmon outside of the house.

First off, it’s important to remember there’s a certain degree of risk with any crowdfunded project. But from our early impressions, we’d say Nura looks well worth a punt. At time of writing, it’s raised about $1 million (far exceeding its $100,000 goal) with the campaign running until Friday 15 July, so it’s definitely drummed up plenty of interest. The main downside seems that you’ll have to wait until April 2017 for it to be delivered – frustrating yes, but also realistic sounding production timeline. 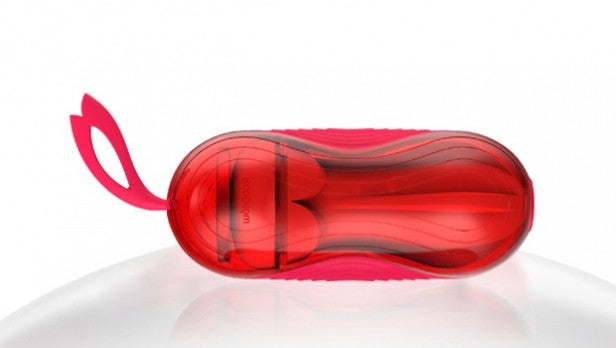 Still, the campaign page is unintentionally hilarious. The device claims to “combine bunny girls’ elegance with the sensual curves of their bodies”. (Phwoar! Look at the bezel on that!) It’s also “highly reusable”: if you’re feeling a bit sick at the thought – as we are – then don’t worry, as “you won’t notice that you’ve already used it plenty of times”. All the same, we think we’ll pass.

Related: Deals of the Day

Have you spotted any great crowdfunding campaigns lately? Let us know in the comments.