UPDATE: After delays and lack of communication Ossic is shutting down leaving thousands of backer (myself included) out of pocket. Click this link to learn more about the Ossic failure.

Ossic X brings 3D sound where it’s needed most, in virtual environments. It’s safe to say that I’m a massive fan of the HTC Vive. This is one of the best ‘first generation’ products I’ve ever seen. It immerses you in virtual reality like not other VR headset can right now.

What sets it apart are the hand-held controllers and sensors that let you move around in the real world and translate the movement in the virtual one.

It’s not perfect, though. The aural experience doesn’t live up to the visual one – a 3D world with depth and scale requires sound that can match it, and that’s where Ossic, and its Kickstarter headset the Ossic X, comes in.

WATCH: What is VR? Trusted explains

It’s not just about the upcoming Ossic X headset, either. Ossic has developed software which enables sound to be positioned more accurately in a 3D environment – regardless of the headphones you use.

I tried the software using the HTC Vive and a generic set of over-ear headphones with a great little demo called “Secret Shop” and the effect was immediately apparent. As the shopkeeper opened the door I turned instinctively to see and hear him more clearly. It’s not just about immersion either, audio cues are vital in virtual environments where it’s so easy to miss a key moment because you’re distracted by some scenery.

Ossic managed to fix my major gripe with the Vive in one swoop, but it claims the Ossic X headset it will release later this year will be even more accurate.

“The key to creating an accurate and realistic sound experience is knowing the listener’s individual auditory anatomy and how it influences the way we hear sound. In order to create this instant calibration we’ve incorporated sensors into the headphones and take the information from the sensors and feed it into the software and we have a adaptive algorithm that customises the playback for the individual wearing the headphone.

Additionally we have multiple drivers within the headphone that can beam the sound around the ear so we can have the sound naturally interact with the ear the way it normally would.” explains Joy Lyons, CTO of Ossic.

I tried a prototype of the Ossic X at the Abbey Road studios in London. After elbowing my way past the Beatles fans congregated around the most famous zebra crossing in the world, I sat down in the same studio that Pink Floyd recorded their seminal album – The Dark Side of the Moon. 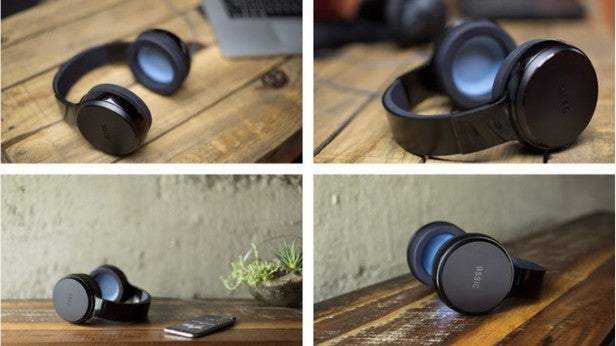 I could toggle between listening to Money through a great 5.1 surround sound system and the Ossic X prototype and there was very little in it. The Ossic X sounded as full and encompassing as the speakers and I could hear the intro’s cash tills ringing around me, not just in front of me or in my head. I expected the closed-back design to make the music feel tight around me, but the sound was expansive and moved in relation to me thanks to the positional tracking capabilities of the headset.

This tech isn’t just for virtual reality, but that’s where it’s needed the most, particularly since the HTC Vive’s bundled earphones are such a disappointment. Not only do they lack 3D audio, something the Oculus Rift comes with, they also sound like the headphones you get free with a phone and pop out when you move – not good.

If Ossic can keep the weight of its headphones down then it could be the perfect acoustic accompaniment to the Vive.

What are your thoughts on the Ossic X? Let us know in the comments below.