The future of gaming peripherals revealed

The peripherals section of Computex is one of the more exciting areas if funky keyboards and gnarly mice are your thing. We hit the floor to find the most interesting.

EpicGear showed off two products I never thought I wanted, and frankly I’m still not sure if I do. The first is its modular keyboard called Defiant. 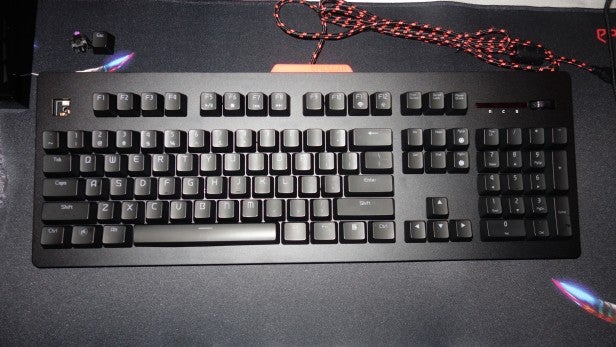 The Defiant has proprietary connectors, which means each individual key switch can be removed and replaced. This means you could, for example, have easier-to-press switches on keys you use a lot.

There are some caveats, though. Because these are proprietary connectors, EpicGear has had to use its own-brand switches instead of everybody’s favourite Cherry switches. These come in three flavours, and while they perform in a similar way to Cherry’s, you don’t get some of the cooler switches such as the Cherry MX SPEED, which was released in April.

EpicGear supplies two rubber palm rests with the keyboard, and plans on launching a USB passthrough add-on, too.

The Defiant is cheaper than you might expect, at just over €100 including German VAT. That’s about £80 in the UK.

EpicGear’s second product is brand new for Computex – the model I was shown was one of the few prototypes that currently exist. It’s called the Morph, and it takes the modular keyboard concept and shoehorns it into a mouse. Stay with me. 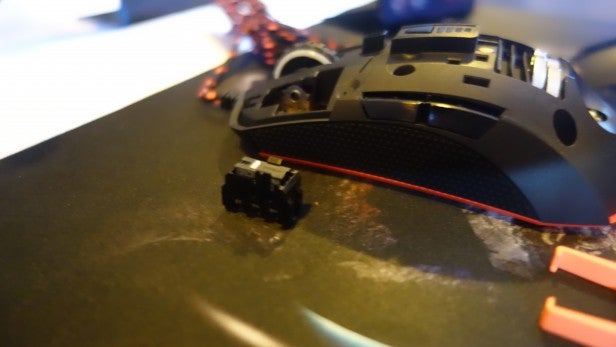 You can switch out the sensor (optical and laser will ship with the mouse to begin with) if one surface suits one tech better than the other. You can also swap out the click switches. There’ll be three versions: “mild”, “medium” and “pro”, which get progressively harder to press as you go up the range. There are two other side buttons and a scroll wheel, but these can’t be replaced. 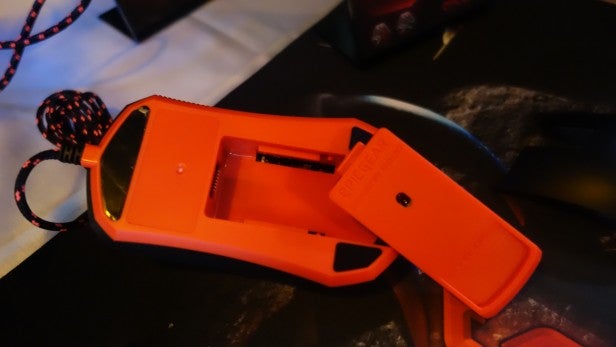 Finally, there are four slots for 5g weights to so you can easily change the weighting and balance of the mouse. The switches and weights are hidden under a panel that’s magnetically attached, and doesn’t come off too easily even during more intense movements.

No pricing is available yet, nor is there a shipping date, but expect to see the Morph later this year.

Move over, Razer Turret, Corsair has the ultimate couch gaming accessory. The Corsair Lapdog is a padded laptray with a space for a K65 or K70 keyboard and a large 11×11-inch mousepad area. 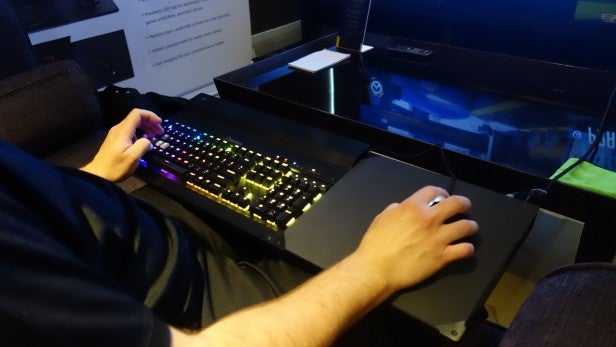 There are also three powered USB ports on the outside for connecting your mouse and headset. It all looks fantastic and is comfortable to sit with it on your lap, although I was rather concerned by the slightly sharp edge where my palm rests. This is something Corsair acknowledges, but considering it costs £109 without the keyboard, I’d expect perfection.

Sort this niggle out and you have a fantastic PC gaming accessory.

i-Rocks brought this charming Lego-compatible keyboard to Computex, featuring plastic studs all over the board, between keys and above the top row. There’s more than enough room to exercise your creativity while waiting for games to load, or create models to represent your macro shortcuts.

Related: The most insane gaming PCs and case mods at Computex 2016 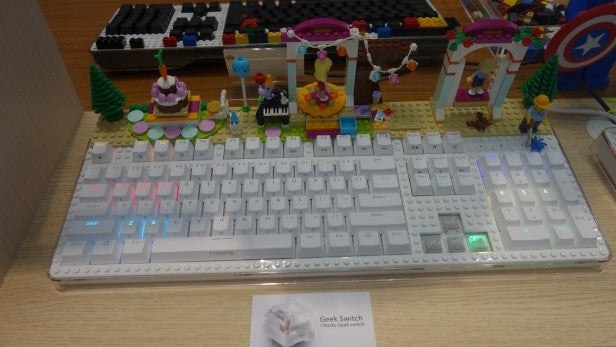 Unfortunately, the model I tried was using an i-rocks’ “Geek” switch, which has a linear action and frankly feels horrible. I hope when it goes on sale there will be an option for a switch with a bit more feedback.

Why would you want analogue keyboard switches? It’ll be handy for games where modulation is required – like using the throttle in a racing game or controlling a plane in Battlefield. It’s effectively replacing your controller with a few keys, which, for many, will be a big deal.

Flaretech reckons its buyers will implement a few analogue switches into their ‘boards, rather than filling an entire keyboard with them. Think WASD and perhaps the Space bar. 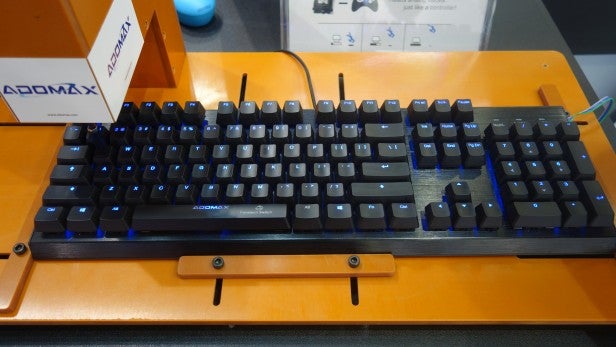 That said, a Kickstarter campaign from a company called Wooting has already been set up to fund the production of a keyboard utilising Flaretech’s clever key switch tech.

The company promises replaceable keys so you can customise where the analogue switches end up, with the Wooting One currently selling for around £115, which isn’t bad all things considered.

I tried one of the switches and I have to say I wasn’t completely convinced: there was a fairly large deadzone where nothing happened at all, and then the notches of pressure didn’t go up particularly smoothly. This is exactly the sort of thing that can be solved by driver tweaks, so I’d hope that Wooting will be able to get this sorted on their Kickstarter product.

Are you tempted by an analogue keyboard or modular mouse? Let us know in the comments below.