If you’ve recently invested in a Google Cardboard, or an alternative virtual reality headset, hunting out the most impressive VR-friendly apps in the Google Play Store is not the easiest thing to do.

There isn’t a massive selection to choose from at the moment, alhough we have managed to find some that give you that truly immersive feeling.

Read on for our top 10 Google Cardboard apps you need to fix your eyes on first. 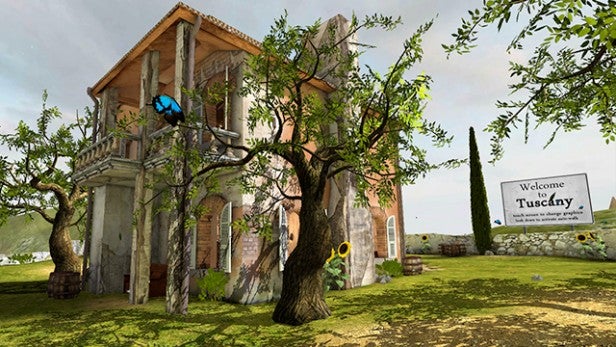 Developer: FabulousPixel
Price: Free
Platform: Android
One of the best looking VR games we’ve come across for Google Cardboard, Tuscany Dive takes you on a little journey of a Tuscan villa.  Peer down at the red circle at your feet to start walking, and then you can explore the villa inside and out. It’s like a first attempt at a virtual holiday, and it’s enjoyable while getting you used to walking around using a VR headset without a controller.

You might even imagine the wind ruffling through your hair. Well, maybe. 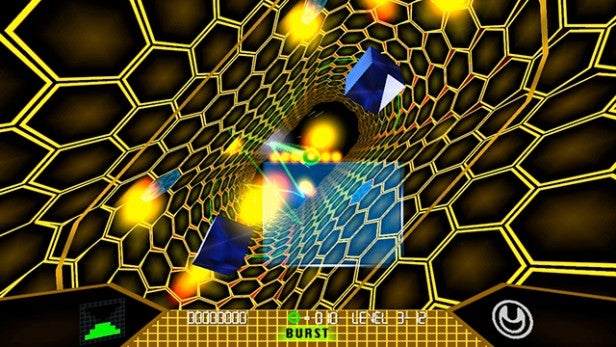 Developer: ZeroTransform
Price: £1.26
Platform: Android
Like Pong on acid, Proton Pulse is a great game for Google Cardboard, which uses your head as the paddle. Just like other brick-breaking titles, the premise is simple, but the whirling colours and tunnel-structures make this a great entry to the Google Cardboard game catalogue – and there really aren’t that many of note. You’ll be tilting your head and getting that ball spinning expertly in no time at all. There’s plenty of levels to make it worth the £1.26 investment as well 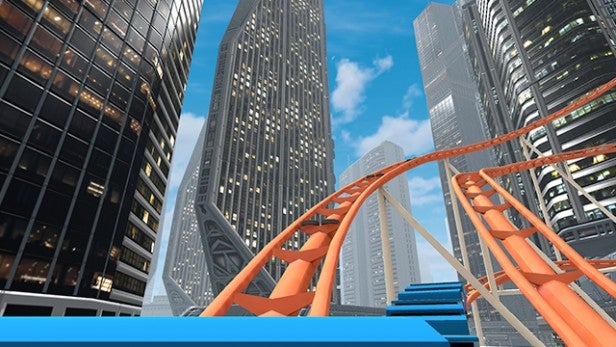 Developer: Frag
Price: Free
Platform: Android
Riding a rollercoaster should be fun and it can be even with a VR headset strapped to your head. There are quite a few rollercoaster VR simulations, but we feel that Frag’s attempt is the crispest and offers the best experience from your mobile VR headset. You might even get a few stomach churns as you go around the bends and loops. 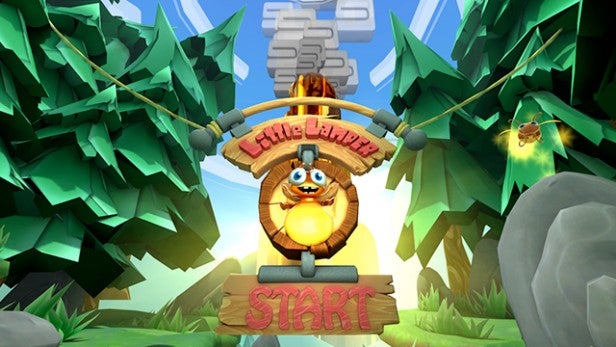 Developer: Archiact Interactive
Price: Free
Platform: Android
If you’re looking for a little gaming fun on the Google Cardboard, Lamper is a great mobile game to download. You play as little Lamper – albeit in a third person view – and you’ll have to guide him through a series of treacherous tunnels. As with other platformers, you’ll need to avoid hazards and collect sweets along the way to try and get the highest score. 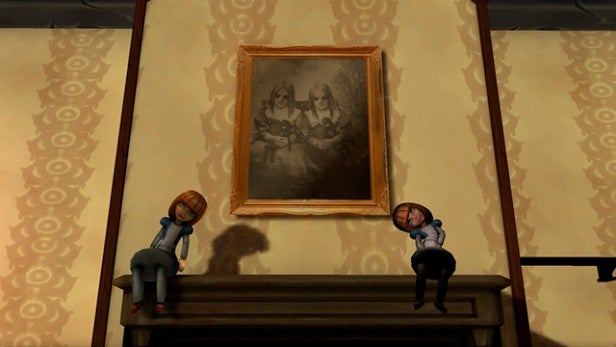 Developer: Otherworld Interactive
Price: Free
Platform: Android
A terrifying virtual reality experience, Sisters might not last that long, but it gives you an idea of what horrors could be made with a VR headset. This little terror tale has been specifically built for mobile VR headsets and is very much a hands-off experience. You’ll find yourself in a room where you’ll need to keep a 360-degree eye on your surroundings. We’d suggest grabbing some headphones too. The spooky soundtrack makes Sisters even more immersive. 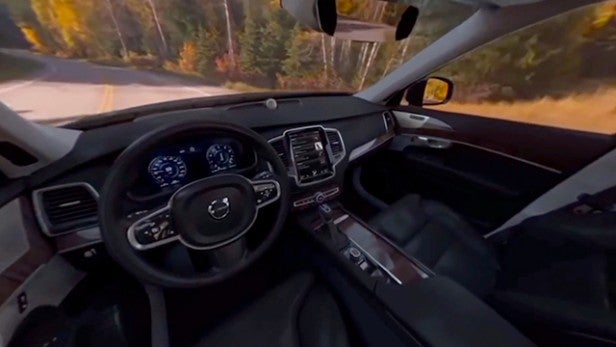 Developer: Volvo
Price: Free
Platform: Android
Volvo is one of the first mainstream companies to try its hand at a VR demonstration in the form of an app. The Volvo Reality App lets you test-drive the Volvo XC90 without even having to leave your chair. You’ll find yourself behind the wheel of the new Volvo SUB and be offered a trio of experimental videos in this VR app. Our particular favourite is the Friday Getaway as within seconds you’re driving through the mountains and fields in your brand new Volvo XC90 without the travel costs. 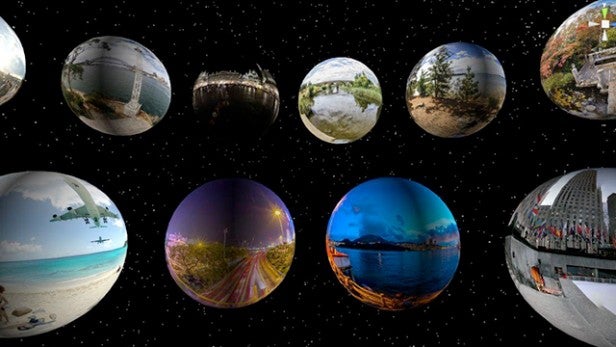 Developer: VRCraftworks Ltd
Price: Free
Platform: Android
As you’re transported into some sort of interstellar holding room, you’ll notice the titular orbs suddenly wheel in around you. Each orb represents a 360-degree panorama taken around the globe. Each of these can be entered into and experience from the very centre of that photograph.  They might not be interactive or even moving images, but there’s something very magical about the choices made by VRCraftworks as to what to include.

We particularly love the Northern Lights experience, but try them all for yourself. 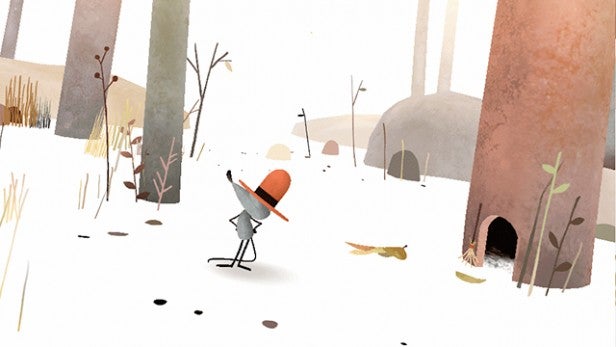 Developer: Google
Price: Free
Platform: Android
If we created a list of best VR apps without the official Google Cardboard app, we’d be missing a trick. Cardboard offers you a selection of virtual reality demos to give you an initial taster of what you can do with a VR headset. You can play around with a VR version of Google Earth, watch YouTube videos, walk around inside the photo spheres you’ve captured and even examine cultural artefacts.

We particularly like the Windy Day interactive animated short cartoon, especially when you realise there are a few Easter Eggs to discover. 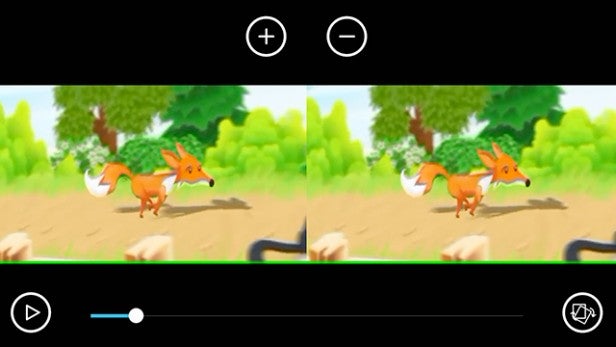 Developer: Google
Price: Free
Platform: Android
You can use the Google Cardboard or other such devices to create your own little personal cinema experience. VR Cinema for Cardboard turns MP4 format videos (and other formats if you pay for the pro version) into a split-screen view for the VR headsets. Some have had issues with SBS and avi video formats, but we’ve been enjoying the MP4 files from our video library with the Archos headset at home when the main TV is in use.

A simple user interface helps make this a very handy app to have on your phone when using VR headsets. 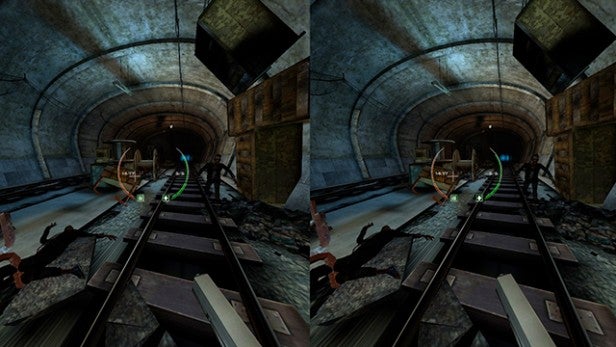 Developer: Fibrum
Price: Free
Platform: Android and iOS
Fibrum has quite a few VR games out thanks to its own VR Headset, but Zombie Shooter VR is definitely the best. You’ll be transported into a holding room where you can pick your weapon. When you’re ready, stare at the green circle on the door and you’ll find yourself in a never-ending labyrinth of subways, overrun with bloodthirsty zombies.

To kill the approaching zombies, simply look at them. Wherever your gaze is, your gun reticle is pointing and your weapon will automatically fire. Thankfully, you’ve got unlimited bullets too.

If you’ve spotted any great Google Cardboard apps, or any for other VR headsets, let us know in the comments below