HoloLens vs Oculus Rift: How do these two bold VR visions compare?

Our conclusion: there wasn’t one to be made. The design and function of the two devices are on entirely different planes.

Far closer to the exciting new HoloLens in most ways is the Oculus Rift VR headset.

So what are the differences and similarities? Let’s remove our headsets and take a proper look around, shall we?

The latest version of the Oculus Rift, known as Crescent Bay, is easily the best yet – but it’s still not what you’d call an elegant piece of kit. It’s a chunky headset that leaves you blind by necessity, given its fully immersive virtual reality aims.

Still, when we went hands-on (or head-in) with the Crescent Bay, there was a slight clash between the added immersiveness of standing up while using the headset and not being able to see where you were moving.

Conversely, Microsoft’s HoloLens has a clear eyepiece which permits peripheral vision. That’s all part of its augmented reality remit, of course, where it enhances the real world rather than simulating a new one. But still, it makes the HoloLens design a more practical one in the real world.

This point is echoed in the Oculus Rift’s continued and slightly galling need to be wired in. It’s difficult to have a full range of movement at present, and it slightly spoils the futuristic vibe.

While we wouldn’t call the HoloLens elegant, exactly, it is a wireless headset, so again has more promise in an everyday real world setting.

All in all, though the intentions for each device are different, the HoloLens is a more pleasingly designed bit of kit. You could argue that the Oculus Rift is still a work in progress, but its essential form hasn’t really changed in several iterations, so we doubt it’s suddenly going to become massively more wieldy in its final version – which is tipped for release this year, lest we forget. 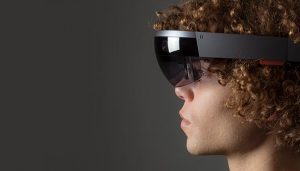 The fundamental concept with both of these devices is similar – placing you in an immersive, fully three dimensional, heightened reality through a projection positioned immediately in front of your eyes.

Both map your head movements and related it to that simulated environment. Oculus Rift uses an external camera to help map that movement, while you’ll also be able to employ a game controller to interact with your environment.

HoloLens, meanwhile, will pick up a virtual tap input, and will also interact with a traditional mouse and keyboard setup (as well as game controllers, no doubt).

Otherwise, though, the two headsets execute this vision in very different ways, with potentially very different applications. As we’ve made reference to in the previous section, the key difference between the two visions is in how the real world is incorporated.

In Oculus Rift, it’s ignored, and a completely new one is built for you. The only physical element that matters is the orientation and movement of your own head.

In HoloLens, the real world is a vital anchoring point. Virtual screens can be bound to a wall for a conference call, annotations can be added to real objects before your eyes, and 3D holograms can be constructed on the table or floor in front of you.

This divide is emphasised by the focus of each offering. Oculus Rift is largely being targeted towards gaming, with the legendary developer of Doom and Quake – John Carmack – joining as the company’s chief technical officer back in 2013.

Of course, Oculus as a company was bought out by Facebook last year, but the focus remains on playing games rather than posting pictures of your dinner in a virtual world. The project can essentially be seen as a resurgence of the virtual reality gaming craze that briefly took hold (in very clunky, impractical form) in the early to mid ’90s.

HoloLens, meanwhile, has been envisaged with a broad span of applications – most of them non-gaming related. It could be used for practical team meetings, practical construction projects, and remote tutorials – all tasks that you suspect simply wouldn’t work with the Oculus Rift. 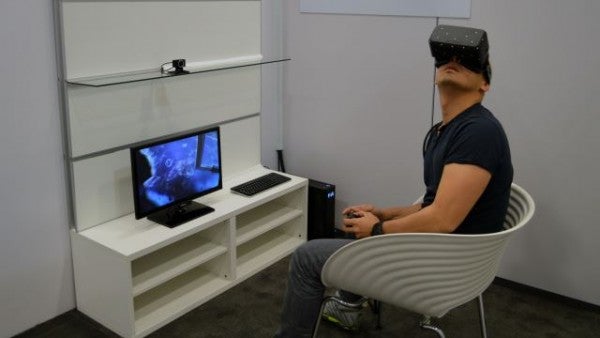 Microsoft HoloLens was announced at the same event as Windows 10, so it should come as no surprise that it will be built to run on that new OS. It’s basically a wearable Windows computer with advanced inputs and a built-in screen.

Oculus Rift is less tied to a specific platform. It’s been built with PC gaming in mind, but that involves the Windows, OS X and Linux operating systems.

With Microsoft pursuing HoloLens and Sony also building its own VR headset, Project Morpheus, we wouldn’t expect support on the Xbox One or PS4 any time soon. 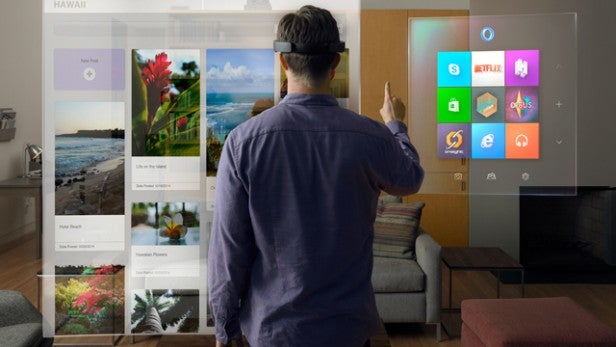 Perhaps the most exciting thing about HoloLens, aside from the impressive technology itself, is that people can see plenty of genuinely useful applications for the technology. The possibilities are as varied as they are tantalising.

Oculus Rift, meanwhile, is enormously impressive in its own way, but in a far more focused and, yes, limited way. It’s built to create immersive virtual worlds, and the only range (aside from the setting and nature of the experience) will come from whether that experience is passive or active.

It’s way too early to say which is likely to offer the superior experience, and the direction each is travelling in means that they’re really very different devices.

HoloLens’s potential for enhancing a variety of real world scenarios – as well as it’s inherent newness – has us more excited at this moment. But we’re also big gamers, and the though of Oculus Rift taking the gaming industry to the next level (let’s face it, the Xbox One and PS4 represent more of the same) has us as excited as ever.

Are you more excited about getting your hands on HoloLens or the Oculus Rift? Let us know in the comments section below.