We run down the top tennis tech that will take you from amateur to pro in no time.

The sun’s out in the UK and that means one thing. No, not overweight blokes in vests populating every park bench from Dundee to Dover. Wimbledon is just around the corner.

But before we all break out the strawberries and cream and convince ourselves this is the year we finally take our tennis seriously, there’s the small matter of the French Open.

What better reason to restring your racket and take to the court. But if you’re going to be tournament-ready in time for a trip to the All England club in June, you’re going to want some help. Fortunately there’s plenty of decent tennis tech out there to separate you from your cash and help bring your game past a simple 40-love affair.

These are the best tennis gadgets currently doing the rounds that will help you get to game, set and match in style.

The perfect way to improve your serve, Zepp’s brilliant sensor straps all manner of accelerometers and gyroscopes to the end of your racket’s handle to monitor the intricacies of your swing, including racket speed, power and back-swing time. It doesn’t just tell you how hard you hit the ball either, but how well too, with ball spin and impact points also relayed via Bluetooth to the accompanying smartphone app. 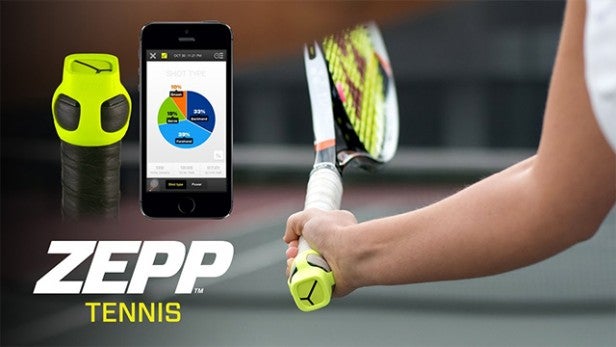 And if you’re tired of swinging at fuzzy yellow balls, your £99.99 sensor has got you covered. With optional, additional mounts you can use it to boost your golf, baseball and, soon, cricket game too.

Keeping tabs on the score when your weekend knock about turns into a five-set epic can be tricky, especially when you’re trying to keep an eye on your partner’s dodgy foul line calls. Fortunately, there’s a techy wearable to curb the cheating and number confusion: the $129 (£81), Indiegogo-funded Pulse Play. 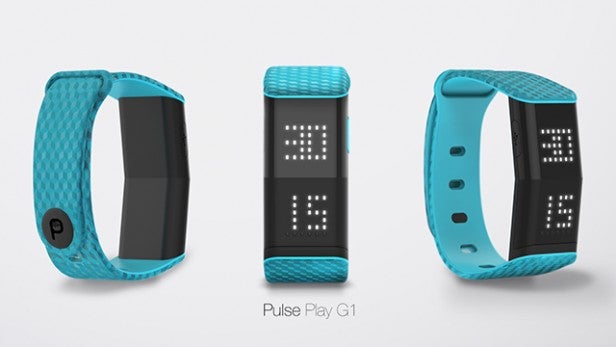 As well as showing real-time game scores on your wrist, the device lets you quickly access set and match scores with a couple of quick button presses. Don’t want to splash out on a whole new wearable? Don’t worry, there’s Apple Watch, Android Wear, and smartphone Pulse Play apps to let you track scores on your existing devices.

Why affix a sensor to your racket when you can buy a shiny new one with all the essential tennis-tracking tech built in? That’s what reputed racket maker Babolat has done with the Play Pure Drive V2 – a £300 lightweight, vibrantly hued graphite offering that’s smarter than the phone in your pocket and the smartwatch on your wrist. 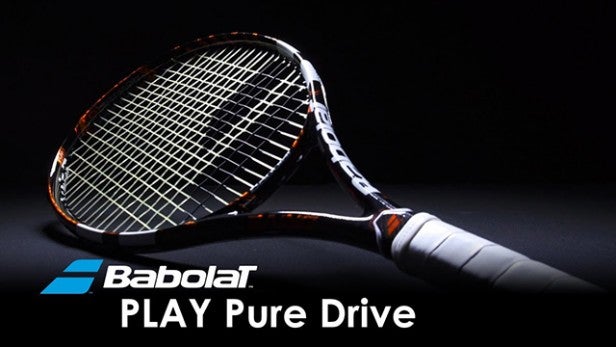 With sensors built directly into the handle, the V2 lets you download your performance to your smartphone, with everything from the number to the type of shots played (forehand, backhand, lob) being tracked.

The racket is also capable of recording your first and second serve percentage, shot power, impact points, and spin. A button on the base of the handle even lets you tag shots and rallies you want to highlight for easier post-knockabout analysis.

While improving your swing is key to playing better shots, what we all really want to know is the impact that has on the ball. Namely how hard you’ve hit the sodding thing. Enter the £139 Pocket Radar ball coach.

Shaped like an old Nokia 3310, you can get someone to hold it up like a copper with a speed gun, or affix it to a tripod or the fencing around your park’s local court. Capable of accurately tracking service speeds between 25 and 130mph, it’s got more than enough range for your enthusiastic amateur shots. 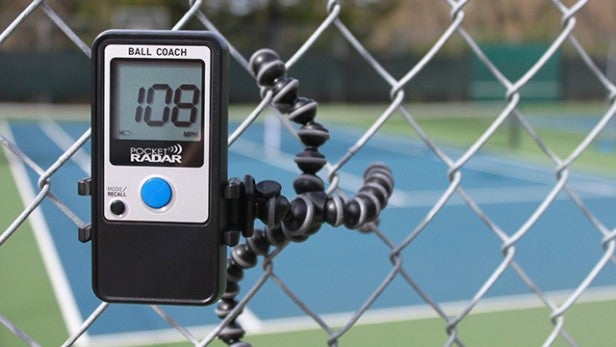 Want to check your service speeds without plumping for a specific gadget? Well you can. Certain Virgin Active fitness centres offer tennis courts with HawkEye technology, letting you check your serves and foul calls like the pros.

Putting real-time fitness data in the palm of your hand – or on your wrist – the iPhone and Apple Watch-friendly PoloTech top uses Bluetooth to transfer various stats. Your heart rate, balance, and breathing depth data is collected by the silver fibres woven directly into the elasticated fabric and sent to your phone or smartwatch. 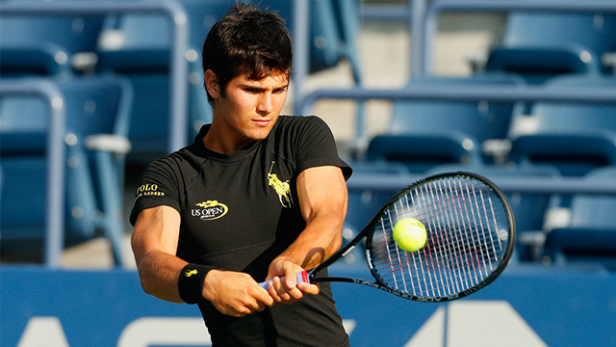 With a $295 (£205) asking price, it’s not cheap. But the shirt, which also monitors calorie burn, step count, and effort levels, is just about the smartest garment we’ve ever seen.

Sure, Adidas’s multi-sport-supporting fitness tracker might have been around for a few years now, but that doesn’t mean it’s not capable of taking your tennis game from deuce to match point. Stick the Speed Cell sensor in your shoe, or under your John McEnroe-inspired sweat band, and it will track how well you move around the court. 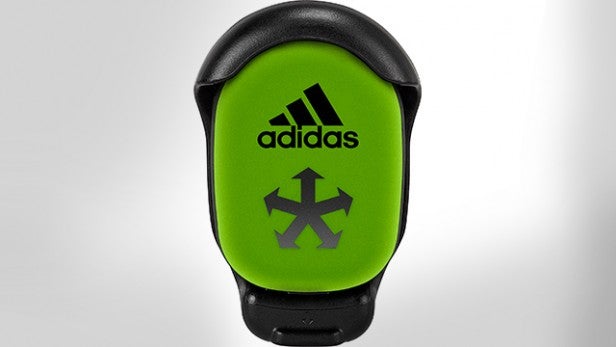 As well as tracking the usual calorie burn, time active, and distance covered, the Speed Cell will show you how many rallies you managed, how far you ran during your longest rally, and the highest sprint speed you achieved during your time on court. If you’re looking to improve your fitness as well as your game, it will be £55 well spent.

Fancy mixing things up? Put the cell in your footy boots or running shoes, download the additional apps, and enjoy multi-sport tracking.

When it comes to tennis gadgets, you don’t get much cooler than a ball cannon controlled by your smartphone. Because, sure, you might have your own tennis court, but do you have any friends to play with? 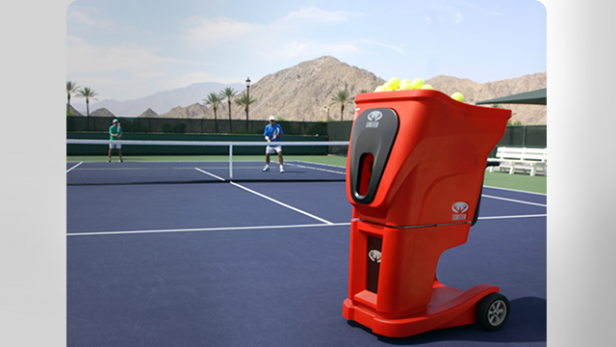 Boasting an integrated Wi-Fi receiver for iPhone-based controls, the Phenom, which can hold up to 250 balls, is capable of spitting out balls at up to 85mph, with the furry projectiles coming at you every two to nine seconds. Balls aren’t just fired straight at you either. The robot coach can spit them out in the patterns of 18 different shot drills, simulating everything from power hitters to lefties. It’s the closest you’ll get to a full team of trainers.