Given the vitriol directed at the Xbox One since its unveiling in May you’d think it was a competition to see who could throw the nastiest insult. It is too expensive, underpowered, unfocused, overly restrictive and invasive of our privacy.

Except I think it isn’t. Certainly there are flaws, but I still think the Xbox One will be a big hit and (controversially) a bigger hit than Sony’s much praised PS4 in the long run. Here are the reasons why:

Read our full Xbox One vs PS4 comparison 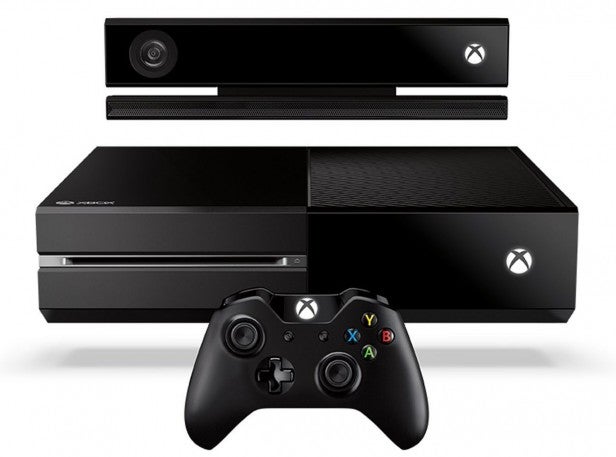 Bundling Kinect means the Xbox One’s £429 RRP is significantly more than the PS4’s £349, but it also means this remarkable technology will be fundamental to developers and provide them with a consistent platform to work with letting their innovation run wild.

By contrast the PS4 makes its Kinect-equivalent £55 PlayStation Camera optional to win a price war. This is popular in our economically savaged times, but even if Camera sales are huge they will never cover 100 per cent of PS4 owners and developers can never code with the confidence they can for the Xbox One. Furthermore with the outlay for the PlayStation Camera, the PS4 totals £405. For the sake of £25, it wasn’t worth fracturing the PS4 platform.

The Xbox One’s performance shortfall will be irrelevant

Some impressive analysis of Xbox One and PS4’s performance has been made, but in reality it is unlikely to matter. The PS3 was also more powerful than the Xbox 360, but coding difficulties meant gamers rarely saw the benefit. Now the machines are so similar much of the code can be shared and that issue has gone, but two problems remain: laziness and the PC.

The first has me questioning whether developers will take the time and effort to truly code incremental improvements into the visuals of PS4 titles and even then whether the majority will actually notice the difference.

As for the PC, its performance stands above both consoles this time around and its titles will likely be the source code for multi-format conversions rather than separate development of each format. In this scenario tweaks to prioritise one console’s performance over the other seems even less likely, especially as Xbox One titles should look incredible in any case.

Greater functionality will give it a longer shelf life

Much anger has been expressed that the Xbox One is a jack of all trades with not enough focus on gaming. The problem with this stance is the One actually gives games developers a more ambitious and creative core platform for titles then provides a greater multimedia experience on top.

Both consoles come with a range of US and UK centric streaming services (with more inevitably in the pipeline) and Blu-ray drives, but the key differential is the One’s HDMI pass-thru. This lets the console control your television and potentially any connected digibox allowing the One to become centre of your living room. There are a lot of ifs and buts here, but the PS4 simply cannot ever do this. Yes a £40 annual Xbox Live Gold pass will be required, but it looks far more ambitious and integral to our long term home entertainment than the PS4.

The PS4 adds a lot into its new Sixaxis – Move, a trackpad and a share button to share moments of gameplay – but it doesn’t do enough to address its predecessor’s biggest problem: it simply isn’t as comfortable as the Xbox controller.

On top of this the Xbox One controller has added trigger rumble motors, a flush battery pack, new low power state when not in use, upgraded headset audio data rates,  WiFi Direct pairing and Kinect integration which can automatically orientate split screen gaming based on users’ positions during same room multiplayer. 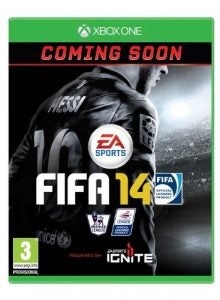 The most subjective of these points is the quality of the consoles’ games selection, but as we approach launch to me it is the Xbox One that looks to have both the better launch line-up and base bundle. Following Gamescom we now know the Xbox One will have 22 boxed titles at launch verses 15 for the PS4 and arguably bigger exclusives: Halo 5, Forza 5, Dead Rising 3, Ryse, TitanFall, Killer Instinct, Sunset Overdrive, Project Spark, Quantum Break and Below verses Drive Club, Killzone: Shadowfall, Infamous: Second Son, Knack, Octodad: Deadliest Catch and The Order: 1886.

On top of this the £429 RPP of the Xbox One will see it come bundled with FIFA 14 (worth £55), the aforementioned Kinect and a headset. The £349 PS4 will also come with a headset, but no games or PlayStation Camera. To match the One bundle would cost PS4 owners £460. No wonder Sony execs are becoming a little more cautious.

Good news for PlayStation fans – recently Sony dropped the price of the floundering PlayStation Vita from $299 to just $199 (£190 to £126) which makes Remote Play between it and the PS4 even more appealing. Furthermore we have Sony’s promise that Cloud advances will see the Vita be able to play PS4 games on the move in the coming years.

The problem for Sony is that Microsoft’s rival SmartGlass has a much greater scope. Whereas Remote Play currently offers second screen functionality for a PS3 or PS4 with a PSP or Vita, SmartGlass on the Xbox 360 and Xbox One offers this with devices running Windows 8, Windows RT, Windows Phone, Windows Server 2012, iOS and Android – devices we no doubt already own. With phones and tablets also looking like the portable gaming formats of the future Sony may need to significantly redesign Remote Play to match it.

For our final point, we’re not talking SmartGlass or the wider multimedia capabilities of the Xbox One and its bundled Kinect, but rather something which initially infuriated everyone: Microsoft’s attitude.

It is clear with the Xbox One that Microsoft is listening to concerns and taking action. Since the initial reveal it has reversed the console’s always-on requirements, mandatory use of Kinect, embraced self-publishing and indie games, taken restrictions off second hand games and added a headset and FIFA14 to the basic bundle to offset the £429 asking price. It has also fractionally boosted the speed of the Xbox One GPU with talk of another spec bump before release.

By contrast Sony has done nothing. In many respects it did not need to, but it hasn’t responded to Microsoft repeatedly sweetening the Xbox One bundle and doesn’t have a great track record when things do go wrong. Sony has been increasingly smug in recent times, but it is Microsoft actually proving it is determined to act and that attitude when combined with Microsoft’s greater financial resources bodes well for the future of the Xbox One long term.

Next, read our look at the launch line-ups of the consoles of yesteryear – are they better than the Xbox One’s?