The best thing about the Xbox One?

Where do you go when you’ve already produced the best? That must have been the problem facing Microsoft when it came to designing a new controller for the Xbox One.

All but the most stalwart PlayStation fans would admit that the 360 controller is more ergonomic, more responsive and more accurate than the still very usable Dual Shock 3, and it’s no surprise that it’s become the choice of controller for most PC users too. When Nintendo came to design the Pro controller for Wii U, it was Microsoft’s controller that it took its inspiration from.

With the Xbox One pad, Microsoft has taken a more evolutionary route. Pick it up and it’s instantly familiar, your thumbs and fingers rapidly settling into their accustomed places. The shape, weight and textures are largely as before. 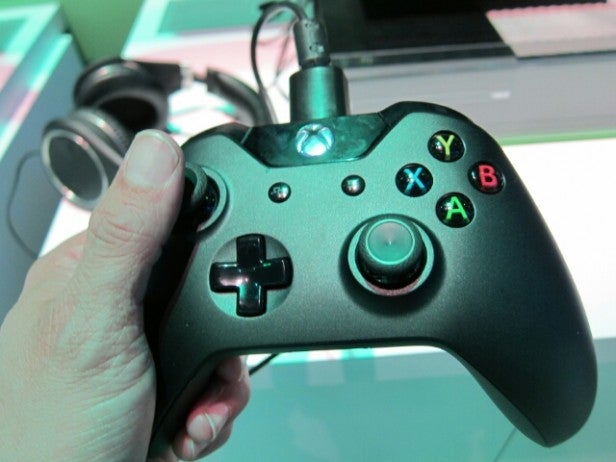 Take a closer look, however, and there are some minor changes. The thumbsticks now have a textured ring around the pad, helping to anchor your thumbs in place – something you might appreciate during longer sessions of gaming.

The shape and taper of the triggers and bumpers has been changed slightly so that your index and middle fingers have an easier time gripping them. Perhaps most controversially, the feel of the thumbsticks is slightly lighter, though we’re told that they’re more accurate and responsive.

It’s hard to say much based on five-minute demos of a handful of games, but the Xbox One controller shouldn’t lose its predecessor’s reputation for speed and pinpoint accuracy under pressure. 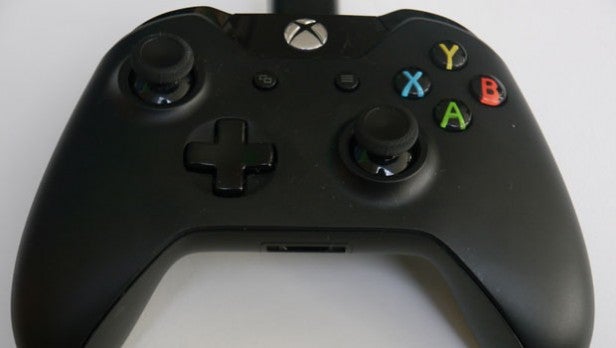 The most welcome change – particularly for fighting game fans – will be the replacement of the old circular digital D-pad for a classic cross-shaped design. This should make things that little bit easier when trying to switch weapons in an FPS or pull off strings of barnstorming combo attacks in Killer Instinct. There’s no excess travel on the new D-Pad, which keeps things nice and responsive, and it’s a vast improvement on what was always one of the 360 controller’s few weak points.

Meanwhile, the Start and Back buttons have been replaced by two context-sensitive menu buttons. At the moment, with only limited demos to go on, it’s hard to say exactly what these do that’s any different from before, but all will presumably become clear with time. 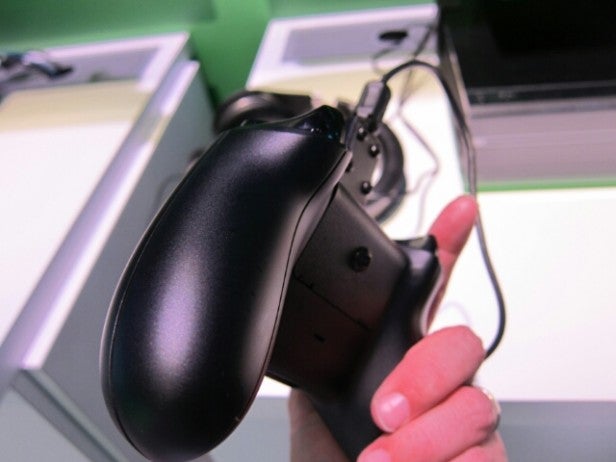 The most exciting thing about the Xbox One controller isn’t what’s on the outside, but what’s on the inside. You see, rumble hasn’t really moved on since the original dual-shock controller; it can provide a powerful sense of tactile feedback, but there’s very little subtlety to how it’s used. The Xbox One changes this with its ‘impulse triggers’, with rumble motors now built into the triggers for an added range of rumble effects.

Some of the applications are obvious. Tech demos at the Microsoft stand use examples like a heartbeat pulsing gently – great for tense sniper situations or survival horror – or an engine roaring into life. It can be used to give you smaller bumps in the road, or a more visceral kick as you power up a mini-gun. It’s a more sophisticated rumble effect. 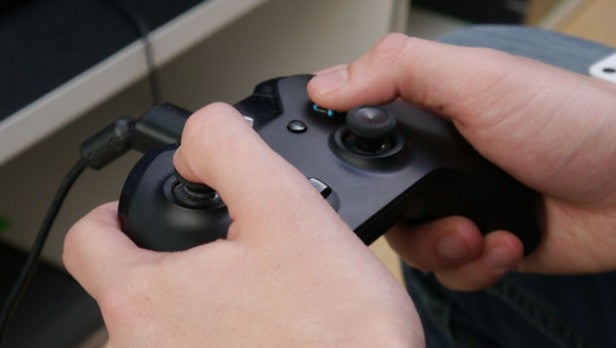 However, the real trick is that the rumble can be spatial too, with rumble effects moving from the left grip to the right grip, or up from the grips to the triggers. It’s not hard to see this providing an extra point of reference when you take a bullet in an FPS gun battle, or to capture more of the feel of a car being shunted from the sides or rear. Let’s not go overboard – this isn’t the kind of tech that transforms the gaming world – but it is the rumble equivalent of 5.1 surround sound.

Of course, it’s worth mentioning that Microsoft doesn’t see you using this controller on its own. With Kinect bundled in with every Xbox One, we can expect more games that have physical controls augmented by voice and gesture commands. All the same, we’d prefer it if these were kept optional; there are times in the dead of night when shouting “breach and clear” at the screen isn’t much of an option.

Read our full Xbox One vs. PS4 comparison 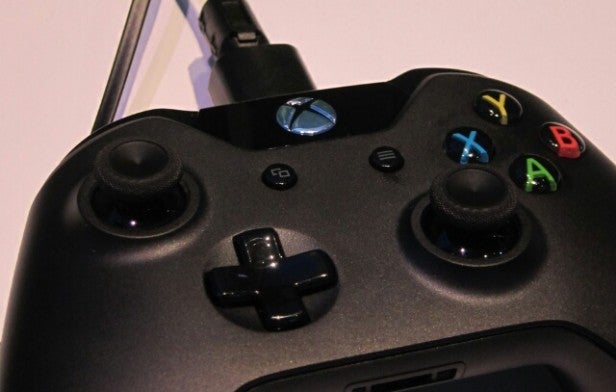 Overall, this is a promising debut for a new controller. The ones we tried at the show were tethered and possibly externally powered, so we don’t have a full idea of balance and weight, but by taking what was already great and adding a few tangible improvements, Microsoft has made what was already the best console controller one step better.

If there’s one area where Xbox One will probably stand tall over PlayStation 4, then this is it.

Next, read our Xbox One hands-on plus the best Xbox One games to look out for