Microsoft’s corporate vice president Phil Harrison has come out with all
guns blazing in an interview with CVG. The bullish VP claimed that the
Xbox One has, “the best line-up of games -we think- in the history of
consoles.”

In the history of consoles. The best launch line up OF ALL TIME. A bold claim, but does it stand up to scrutiny? We decided to reach into the past to find out.

The
Atari VCS or 2600’s launch games look incredibly primitive but the
blocky pixels hide some cunning gameplay. Crucially, you could argue
that almost every one of the nine titles that you could buy on the
2600’s launch day went on to spawn a genre. 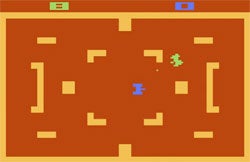 An early form of deathmatch, Combat offered 27 different (ok, actually fairly similar) ways for two players to fight it out. The best of these was probably Tank Pong, in which your bullets could ricochet off walls to blow up your opponent.

Indy 500
was a top-down racing game for two players that even used its own
controller. The game featured different courses and even terrain that
would slow you down. Great fun even today.

Ok, maybe not:
Let’s draw a veil over Basic Math, while acknowledging that it was probably a great way to convince your mum to buy you an Atari because it was educational.

The
SEGA Genesis/Megadrive was home to some of the greatest games of the
16-bit era. Sadly, SEGA decided against releasing any of them on launch
day and instead plumped for some rotten old tat it found in a skip next
to the SEGA offices. We imagine. 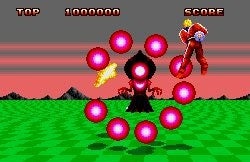 Space Harrier II
may be almost laughably poor by normal standards but it was a
reasonably fun 3D-ish shooter that stood out from the rest of the dismal
Megadrive selection.

Ok, maybe not:
Tommy Lasorda Baseball. No, not a clue.
Thunder Force II. Generic horizontal scrolling shooter with some sub-par vertical levels.
Last Battle.
Disappointing side-scrolling beat’em up that resembles one of the
parody games Bart plays on The Simpsons

The
Super Famicom’s Japanese launch was followed a year later by a rebrand
as the Super Nintendo Entertainment System (SNES) and five rock-solid
launch games for its launch in the West. The SNES Mode 7 graphics were a
revelation and the foundation of some classic titles. 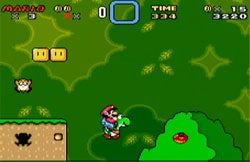 For many gamers, Super Mario World
is the SNES. An amazing revamp of the platform genre, SMW is one of the
biggest-selling games of all time and set the tone for Mario’s
subsequent adventures.

Ok, maybe not:
SimCity. Actually a pretty decent conversion but not ideally suited to the SNES.

The
PS1’s launch games were a mixed bag, with only a few titles showing the
promise of what the console would later go on to achieve. The best of
these were, however, very good indeed. 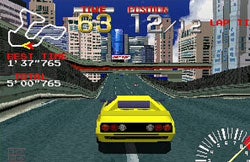 Ridge Racer was
a fast-paced arcade-style racing game that was one of the first to use
3D polygon models. Still fun to pick up and play today.

Ubisoft’s 2D platformer Rayman was harder than a diamond Ross Kemp but addictive enough to keep you coming back for more.  Back in 3D land, Jumping Flash was a criminally underrated first-person 3D platform game.

Ok, maybe not:
Street Fighter: The Movie. Not even Kylie Minogue could save this one.
Kileak – The DNA Imperative. Awful early attempt at a first-person console shooter.

What
the N64’s launch line-up lacks in quantity it more than makes up for in
quality. Just two games were available when the Ninty 64 hit the
shelves. Happily, they were both stone-cold classics. 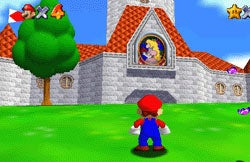 Pilotwings 64 showed off the 3D graphics oomf of the Nintendo 64 much as the SNES orginal did with that console’s Mode 7 graphics.

Super Mario 64.
Taking Mario into the third dimension was a controversial move but the
experiment paid off and this style of Mario gameplay has continued to be
employed in games like Mario Galaxy.

Ok, maybe not:
Nothing. Nintendo hit this one out of the park.

With
the launch of the PS2, the console wars were on. Sony came out swinging
with a strong day one line-up combining reliable sequels with some
surprises.

Key titles:
The slightly cartoonish feel of some of the TimeSplitters
levels were a distraction from a fantastic shooter. Exquisitely
fine-tuned FPS action through varied stages with enough multiplayer
options and bots to keep you playing for years. 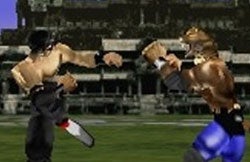 Tekken Tag Tournament took the 3D fighter and added an extra layer of strategy and mayhem. Still one of the best brawlers around. Dead or Alive 2
might be most famous for featuring, ahem, a ‘breast physics engine’ to
portray its buxom protagonists but there is a classic fighting game
underneath the cheesecake and gloss.

Ok, maybe not:
Evergrace. Substandard action RPG with laggy visuals.
Eternal Ring. More of the same, but oddly even worse.

The
Xbox was a shot across Sony’s bows and kicked off the modern console
wars in style by launching with a clutch of games good enough to
challenge the PS1’s growing collection of classics. 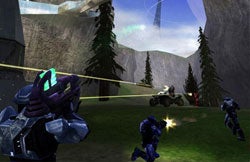 Halo: Combat Evolved was
a brilliant take on the first-person run & gun genre and set the
tone for the way 3D shooters would be played from there on in. A
magnificent game to get on day one.

Project Gotham Racing
added a touch of flair to racing games with points being scored for
well-executed maneuvers as well as speed. Apparently Bill Gates’
favourite game. In other news, Bill Gates is a gamer.

“The Tony Hawk of surfing games” may sound like faint (or just downright odd) praise but Transworld Surf is exactly that. If that all seemed a bit wet, you could play the excellent Tony Hawk’s Pro Skater 2X on launch day too.

Ok, maybe not:
Cel Damage. A good-looking cartoon game, but a bit dull.
Shrek. ‘Put a Shrek in it’ may be sage advice in other media, but not here.

Nowadays,
Microsoft’s second attempt at a games console has one of the best games
libraries around but it wasn’t always that way. The Xbox 360 launch had
some strong titles but a few duffers too. 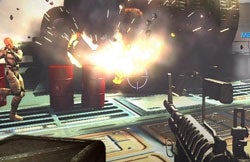 Perfect Dark Zero is a great FPS with a novel espionage-themed lot let down only by some shonky voice work.

Call Of Duty 2. The
tense,
oh-god-I-am-a-vulnerable-bag-of-meat-how-did-my-grandad-survive-this
gameplay of the Call Of Duty series really kicked into gear with this
episode.

The 360 got its first classic racer on day one with Need for Speed: Most Wanted .

Ok, maybe not:
Quake 4. Uninspiring and clunky compared to its PC predecessors.

The
Nintendo Wii brought casual gaming to a whole new audience and its
innovative controls have been widely imitated. It’s not all about
waggling the controlling though, as its varied launch games show. 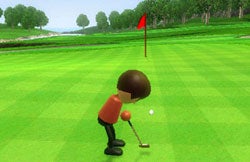 ii Sports.
The first game you are likely to play on the Wii and still one of the
best. Stupidly fun sports games that cemented the console’s reputation
as a games machine the whole family could enjoy.

The ‘Rayman’ aspect of Rayman Ravin’ Rabbids
was dropped from the sequels and doesn’t really add much here. That’s
fine, though, because this is an innovative and genunely funny party game
grab-bag of mini challenges.

The Legend of Zelda: Twilight Princess
is a stone-cold classic. A fantastic addition to the Zelda games that
combines hack’n’slash action with puzzle solving adventure while making
the most of the Wii’s unique controls

Ok, maybe not:
Tony Hawk’s Downhill Jam.
Just appalling. A terrible implementation of the Tony Hawk’s skating
franchise that tries to turn the game into a downhill racer. More like
Downhill Marmite, but less popular.

The
PS3 is home to some amazing games but when the console launched in 2006
it looked like a potential flop. The initial lineup was unimpressive
and it was only with time that developers learned to squeeze the best
out of the PS3’s hardware. 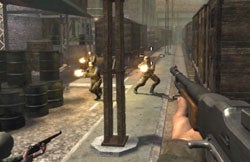 Call of Duty 3
was a decent updating of the WWII shooter, transporting the player to
Normandy for a tough push into enemy territory with great multiplayer
modes.

Ridge Racer 7 was another quality entry in the
series and Tony Hawk’s Project 8 was another great skateboarding
trick-fest let down by a lack of multiplayer.

So, our highly scientific survey shows us that the Nintendo 64 has a perfect score with regards to launch day titles. By cunningly releasing just two games but even-more-cunningly making sure they were really good it ensured that early adopters got all killer and no filler.

But what about the much-vaunted Xbox One launch line-up?

Sitting over in the opposite corner, the
PS4 can also boast an impressive-sounding collection of launch titles.
Sci-fi shooter Killzone: Shadow Fall looked incredible at the PS4 launch
event, War Thunder could be the biggest multiplayer flight sim ever and
who doesn’t want to grab a cape and mask and tool around in DC Universe
Online?

The thing is, at the moment these are little more than
tech demos to be shown off at trade events. FIFA 14 could be the
greatest football game since Sensible Soccer or it could be like playing
with a punctured ball in a pub car park. Will Forza’s physics actually
be up to snuff or will that lovingly texture mapped Dodge Viper feel
like a frictionless dodgem car trundling down a hill made of treacle?
Will DC Universe be Superman or more Bananaman?

So it’s impossible for us judge just yet, but we now know what to judge it by when the Xbox One finally trundles into view.

What do you think? Would you trade the Xbox One’s line-up with any from history?