Thinking about buy the Apple Watch? Here’s five things that sets it apart from its smartwatch rivals

The long-awaited Apple Watch is finally available for pre-order but has it got what it takes to succeed when there are so many smartwatches that have landed before it?

While smartwatches such as the Pebble TIme and the Android Wear-powered Moto 360 and LG G Watch R have been around for a while, Apple has cannily taken its time in launching its own device, no doubt learning from its rivals’ mistakes in order to produce a device that will sell.

Here are five things that the Apple Watch does that rival smartwatches can’t (or won’t).

SEE ALSO: Apple Watch alternatives to look out for in 2015 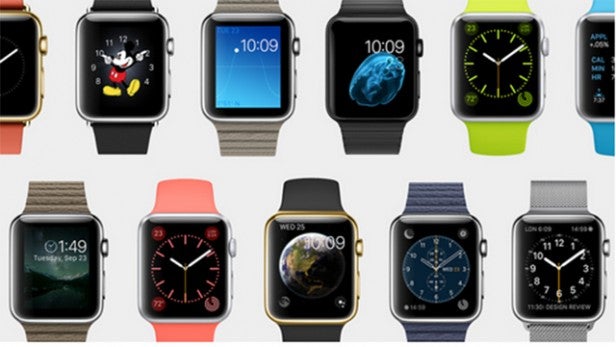 Along with all the other bells and whistles, the Apple Watch is primarily, well, a watch. So it’s important that it looks the part and just like its rivals, Apple is offering a selection of different watch face designs. There are more styles on offer than we’ve seen on most competitors – you’ll be able to choose from a variety of digital clocks and more traditional analogue watch faces, including a classic Mickey Mouse design or even an Astronomy face that functions as a digital orrery.

If that wasn’t enough, each different design can be customised further with what Apple calls ‘Complications’. These are extra pieces of information that can be added as tiny icons around the edge of the watch face and include weather, calendar, sunrise/sunset time and world clock to keep an eye on the time in another destination. The amount of complications that you can add depends on the design of watch face you’ve gone for and therefore how much of the screen is spare. You can also tweak the colours.

This level of customisation is something that you won’t find on any other smartwatch right now. 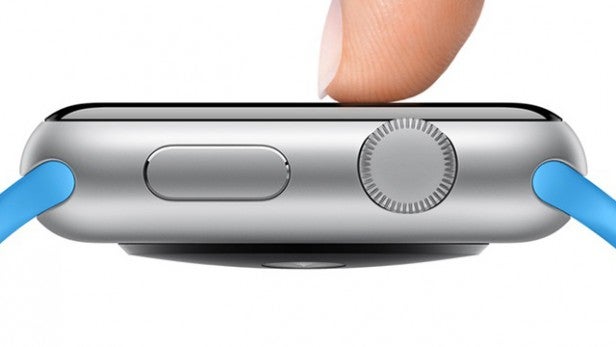 Unlike its rivals, who have pretty much ported over the same touchscreen and home button interface you’d find on a phone, Apple has designed a totally new way of navigating, just as it did with the click wheel on the early iPods.

The Digital Crown can be rotated to scroll through information, which is good news as trying to scroll on such a tiny screen with your finger almost entirely blocks your view of the display. Likewise, pinch-zooming is also totally impractical on a small display so the Crown can also be used to zoom in and out of images. Pressing it in like a button takes you back to the homescreen. 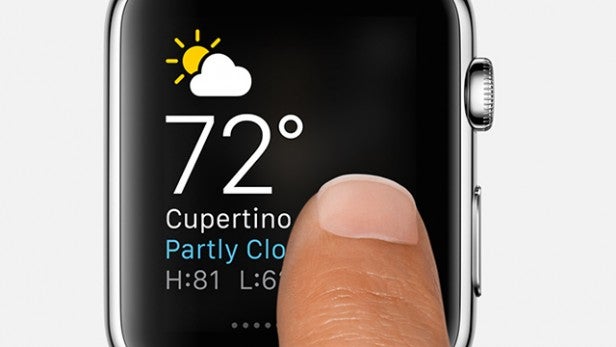 The Apple Watch’s Retina display also adds an extra dimension to the interface that is currently not found on any other smartwatch. As well as sensing touch, the screen can also detect force thanks to the maker’s brand new feature with the slightly alarming name of Force Touch. Tiny electrodes around the screen are able to tell the difference between a light touch and a firm press.

Pressing firmly on the screen brings up a further level of controls that vary depending on which app you’re using at the time. For example, pressing on the watch face will enable you switch designs, and pressing the screen while in a text message will bring up reply options. 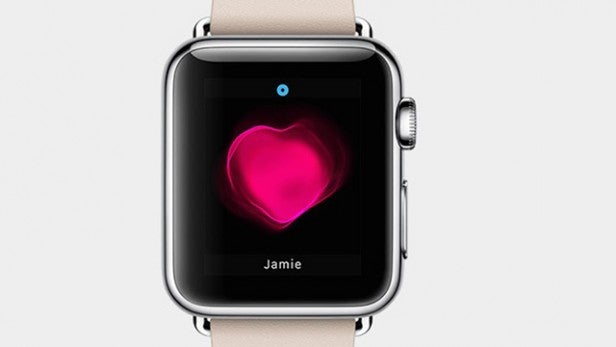 Send your heartbeat to another Apple Watch user

Apple has tried to create a few new watch-centric ways of communicating, the most unusual of which is the ability to send your heartbeat to another Apple Watch user. Pressing two fingers on the screen will instruct the built-in heart rate monitor to record and send your heartbeat to your chosen contact. Whether you think that’s adorable or a bit creepy is up to you.

Thanks to the new Taptic Engine, the watch can also produce haptic feedback which ‘taps’ you on the wrist when you get a new notification. You can also send a ‘tap’ to a specific contact to let them know you’re thinking of them. What’s more, you can customise different taps for different people.

A similar Sketch function lets you draw a small picture on the screen with your finger while your friend on the other end watches your image animate on their screen. 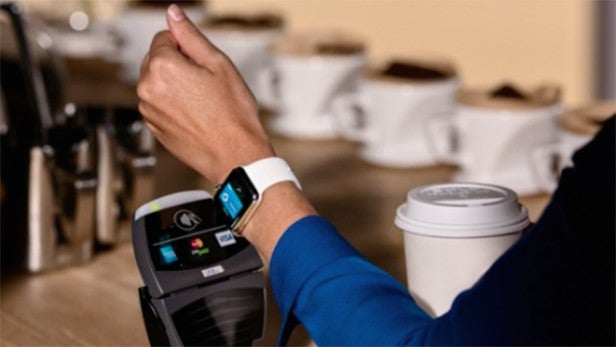 The NFC-toting Apple Watch can be used to pay in shops without the need to get out your wallet. The brand’s Apple Pay contactless payment service is already live in the US and due to arrive in the UK in at some point in 2015. Visa, MasterCard and American Express are all on board, along with numerous US banks.

To make a payment, all you have to do is double-click the side button and hold the watch’s screen up to the shop’s payment scanner. You can link up multiple credit or debit cards to your device and you won’t even need to have you phone with you to make a payment – good news if you want to buy something while out for a run.