Has Apple lost its mind?

Apple is reportedly looking at buying Beats Electronics for $3.2 billion. It would be Apple’s largest acquisition to date, and has many people wondering – why?

In buying Beats electronics, Apple would get hold of both the company’s headphone/speaker business and its new Beats Music streaming service. The brand images of the two giants may not be identical, but here are the five reasons why it might make sense for Apple to get in bed with the king of rapper headphones.

1.    It knows how well Beats headphones sell from its Apple stores

Beats makes headphones. It’s the one thing everyone knows about the company.

Beats headphones may not win plaudits from critics, but they are seen as being largely responsible for making headphones one of the few real growth sectors in consumer electronics.

“One category that has consistently shown year on year value growth in 2014 is Headphones. It is up by 7 per cent compared to March 2013, and up 8 per cent for the year to date,” said market research company Gfk in April 2014. It’s an outlier in technology.

Apple doesn’t need Gfk’s data to know this either. Apple stores have become some of the main high street spots to buy small electronic items including headphones, and it knows how well Beats headphones sell compared to the competition from companies like Bowers & Wilkins, Bang & Olufsen, Logitech and Sennheiser – Apple stocks all of these brands. 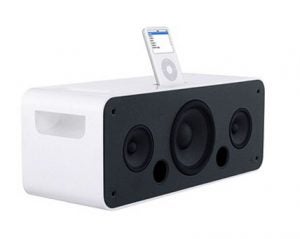 Apple has never really had a great success on its own steam in this speakers and headphones end of the market, either – and many hold up Apple’s classic earbud headphones as the nadir of the form. The best example is probably the Apple Hi-Fi, a fairly high-end iPod dock released when such things were in their early years.

The Apple Hi-Fi was released in February 2006, and discontinued without being replaced 18 months later in September 2007. A toe dipped, and removed pretty promptly.

Buying Beats would let Apple get in on this market without having to re-direct any of its attention from its core business, without risking getting burned through its own relative inexperience. After all, making headphones is a different thing from making MP3 players and phones.

Many believe the buy-out isn’t really about headphones at all, though. Beats launched its own music streaming service in the US in January 2014. It’s called Beats Music and it racked-up a reported 1,000 new users a day in its first month.

This constitutes a failure, but that isn’t necessarily a bad thing. By getting in on Beats Music before it is known widely – regardless of whether it is as a success or failure – means Apple will be able to acquire it without it becoming of huge public interest. Like, for example, if Apple bought Spotify.

What is Beats Music like? It’s a $10 a month all-you-can-eat style music streaming service that offers access to an impressive 20 million tracks.

Despite being young, all the requisite deals with the major labels are already in place. Apple wouldn’t have to do too much work on the basics here.
It is somewhat gimmicky at present, though.  It’s far more visually driven than Spotify, and encourages you to write sentences about your location and mood, from which the service will make up a playlist. You don’t get much more gimmicky than that, but is something Apple can tweak.

Apple may well have been attracted by the curation aspect of the service too, and the lure of getting Beats boss Jimmy Iovine on-board may well be a factor too. He has industry contacts and experience that would prove highly valuable to Apple.

As we saw when looking at Apple’s interest in Beats’s headphones, this sort of thing is something Apple has had limited success with under its own steam. Remember Ping? It was a music-focused social network created by Apple in 2010, seen by some as a way for Apple to make inroads into music streaming.

Despite attracting a million users in 48 hours, it was discontinued two years after its inception. Instead, iTunes integration with Facebook and Twitter was introduced – an admission of defeat.

This was followed-up by iTunes Music in June 2013, but it is not really a full streaming service. Instead, it lets you stream your own iTunes music library remotely, for £21.99 a year. Why is it not a Spotify-a-like? This lets Apple get into streaming without cannibalising iTunes sales. Beats Music is removed one step further, making it less of an issue.

3.    Beats Music is Apple’s way to capitalise on Android users

But perhaps just getting into the streaming world isn’t what Apple is really after either. Apple already has iTunes, which remains the largest music retailer in the world even with streaming services eroding its grip on the market.

What Apple doesn’t have, though, is a way to capitalise on Android users.

Beats Music is an easy way for Apple to get a direct link with this massive audience, without any of the political ramifications of making a more explicitly Apple-branded service available to ‘the enemy’.

Suggesting that it is a trojan horse that will send out brainwashing messages, making Android die-hards head straight to the nearest Apple store, is overstepping the mark. But gradually upping the cross-branding of Apple and Beats Music could help get rid of some anti-Apple feeling among non-Apple tech enthusiasts. 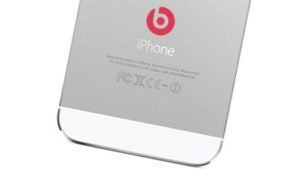 4.    There are some parallels in their strategies

The Beats brand is a little more youth-oriented than Apple. Last year, Beats produced the Beats Executive headphones aimed at a slightly older audience, but in person they’re just as loud-looking as their brother – just cast in monochrome tones. The Apple brand is far more inclusive – at least in age, if not social strata.

However, their approach to products is similar in a more fundamental respect.  Beats and Apple are both dedicated to making high-value products with fairly healthy profit margins.

This is why Apple is able to command so much of the mobile market’s profits, while only capturing a relatively conservative number of the actual devices shipped.

It’s this similarity that means Apple should be able to acquire Beats without causing too many investor worries that the company is suddenly going to target a whole new sector of the market. As might happen if, say, Apple tried to acquire a maker of budget mobile phones.

That Beats is a company in profit (even if it has dwindled) also makes this a decidedly ‘safe’ move. Much as Apple may end up overpaying for the privilege – it will reportedly play $3.2 billion while the company was valued at a little over $1 billion in September 2013.

Perhaps the Apple-Beats acquisition has nothing to do with headphones, streaming services or capturing an Android audience, though. Maybe it’s down to what drives almost every other large company sale – IP.

Could Beats have some killer tech up its sleeve? It is possible, but seems unlikely.

The success of Beats has been almost entirely down to brand and fairly iconic design, not the implementation of particularly noteworthy IP. When we talked to HTC, which for a time owned a 50.1 per cent controlling share in Beats, around the launch of the HTC One M8 it said that most of the DSP technology in the company’s Beats-branded phone speakers was its own, not Beats’s.

Next, read our round-up of the best headphones, a Beats-free article