At IFA 2018, Sony has unveiled a host of new headphones, ranging from a pair of rugged SP900 true-wireless sports earbuds up to an ultra-premium pair of IER-Z1R in-ears that will cost you £2000.

In between these two extremes, you’ve got an additional couple of pairs of headphones that should prove more popular. There’s the noise-cancelling WH-1000XM3 (the successor to the excellent WH-1000XM2), and the higher-end MDR-Z7M2 which focus on sound quality over fancy noise cancelling features.

Whatever your audio persuasion, Sony hopes to have something to appeal to you.

Here’s everything you need to know about the range. 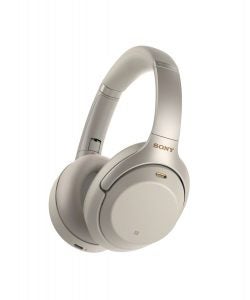 Sony WH-1000XM3: The noise cancelling ones

Probably the most interesting set of headphones in the range are the Sony WH-1000XM3, the successor to the headphones we bestowed with our ‘Headphones of the Year’ award at last year’s Trusted Reviews awards.

Even if Sony were to release the same headphones again we’d be pretty happy, but of course there are some tweaks under the hood to try and convince you to make the upgrade if you’ve already got the XM2s.

Top of the list of improvements is noise-cancelling, which Sony claims is four times better thanks to a new noise cancelling processor and will even compensate for changes in air pressure if you’re using them on a flight.

This same chip apparently also includes a 32-bit signal processor, which sounds like it might offer some kind of audio upscaling of your audio. 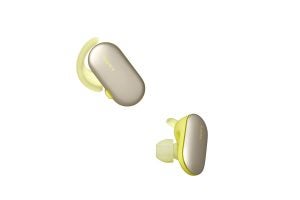 If you want to listen to your music in the gym rather than the skies, then the WF-SP900 might be more to your liking. Their true wireless form-factor means that you’re not going to snag any pesky cables while you’re mid-routine, while their IPX5/8 water resistance rating means they shouldn’t have too much trouble with your gross ear sweat.

If you want to ditch the phone entirely, then the SP900s are fitted with 4GB of internal memory, which you can use to load songs and podcasts onto in order to have them play locally. Yes, they’re not going to be able to handle you’re entire library of lossless FLAC files, but it’s more than enough for a workout session.

Speaking of session lengths, like many true wireless earphones battery life might be a constraining factor here. With the case you’re looking at around 12 hours of playback, but you’ll have to charge the earbuds once every three hours to keep them topped up.

The WF-SP900 earphones will be priced at £250 when they’re released in November. 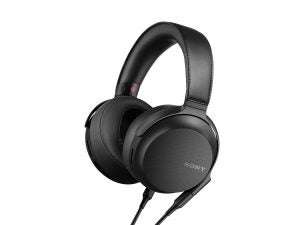 Sony MDR-Z7M2: The high-end ones

If you’re not fussed about noise-cancellation and want to pay a little more for better audio quality, then the MDR-Z7M2s are Sony’s 2018 headphones that are aimed at you.

These are headphones that are impossible to judge on paper, and we’ll need to listen to them for ourselves before we can start to unpack how useful most of their features are. You’ve got a Fibonacci-patterned grill for example, a Liquid Crystal Polymer diaphragm and a special acoustic port to optimise its movement. Yeah, we’re not sure how useful each of these features are either, but we’ll no doubt get a chance to hear for ourselves soon.

Sony even promises that the headphone’s ear-pads feature 3D sewing — if you’re into that sort of thing.

The MDR-Z7M2 headphones will cost £750 when they’re released in October. 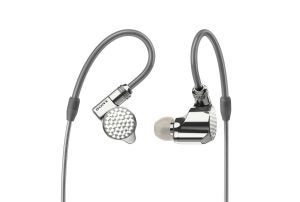 Sony IER-Z1R: The audiophile in-ear ones

If £750 seems expensive for a pair of headphones then you’re going to want to avert your eyes for Sony’s high-end earphones, the IER-Z1Rs.

These include a similar Lyquid Crystal Polymer diaphragm to the MDR-Z7M2 (albeit just 5mm in size rather than 70mm, and that work alongside two other drivers), and a frequency response of up to 100kHz, well outside of the range of human ears.

Perhaps most note-worthy is the price of these headphones. At £2000 they’re not going to come cheap, and will be out of the budgets for all aside from the most committed of audiophiles.

Have any of Sony’s headphones caught your eye at this year’s show? Let us know @TrustedReviews.