Samsung Gear Sport vs Apple Watch Series 2: Samsung’s shrunken down Gear Sport goes toe-to-toe with Apple’s fitness-focused smartwatch – but which should you buy?

The original Samsung Gear S3 had a whole host of fitness credentials from its integration with Samsung’s S Health app through to its built-in GPS, barometer and heart rate monitor for more serious exercise tracking. What was less favourable was its rather chunky and cumbersome size, which meant not everyone got on with its comfort levels during exercise. Enter the Gear Sport, which includes much of the same functionality in a much smaller form factor.

In a similar vein, the Apple Watch Series 2 was a refinement over the original, adding in a much stronger focus on fitness tracking by adding GPS and water-resistance, which is why it forms the basis of this comparison and not the original. Don’t forget, though, if you’re considering an Apple Watch, you’ll need to have an iPhone. There’s no such compatibility issues with the Samsung Gear Sport, which will work with both Android and iOS devices (although you’ll have a better experience with Samsung’s own Galaxy range).

Both wearables include smartwatch features alongside fitness tracking, in line with the way the wearables industry is moving. But which is the right one for you? Stay with me while I break both smartwatches down. 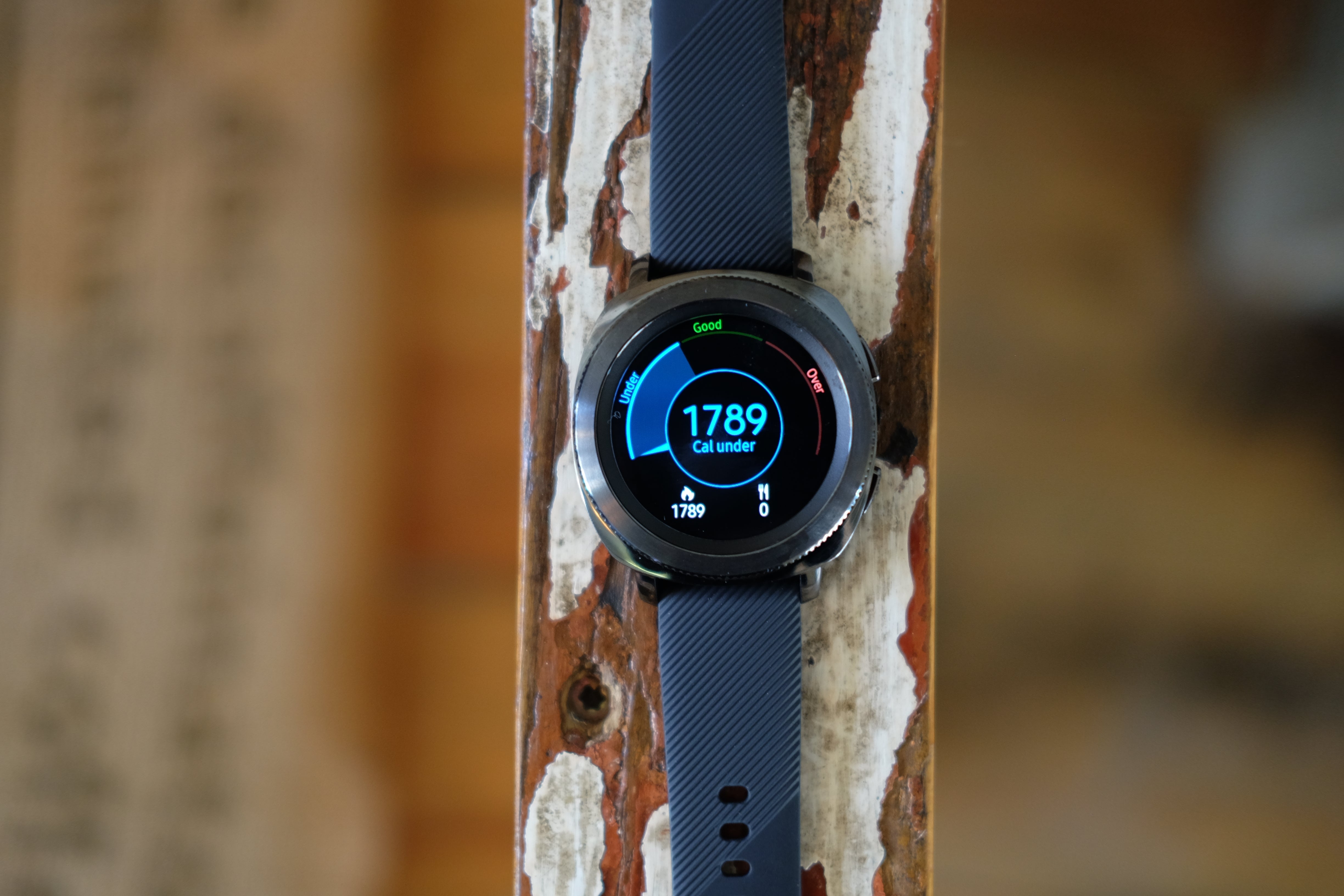 Once again, Samsung has opted for a circular design, which immediately gives it the look of a more traditional watch. Its 1.2-inch display is smaller than its Gear S3 bigger brother, but the 320 x 320 resolution touchscreen AMOLED display is still sharp and bright. Samsung hasn’t revealed just how bright that screen is, though.

The screen is flanked by two physical buttons, but it’s the rotating bezel that’s once again the star of the show. A mainstay of Samsung’s Gear smartwatches, the rotating bezel is one of the more intuitive methods of interacting with a smartwatch, and means your fingers don’t get in the way of the screen. There will be a range of silicone, leather and fabric straps available but if none of those take your fancy, the Gear Sport uses standard 22mm watch straps so you can always find your own. 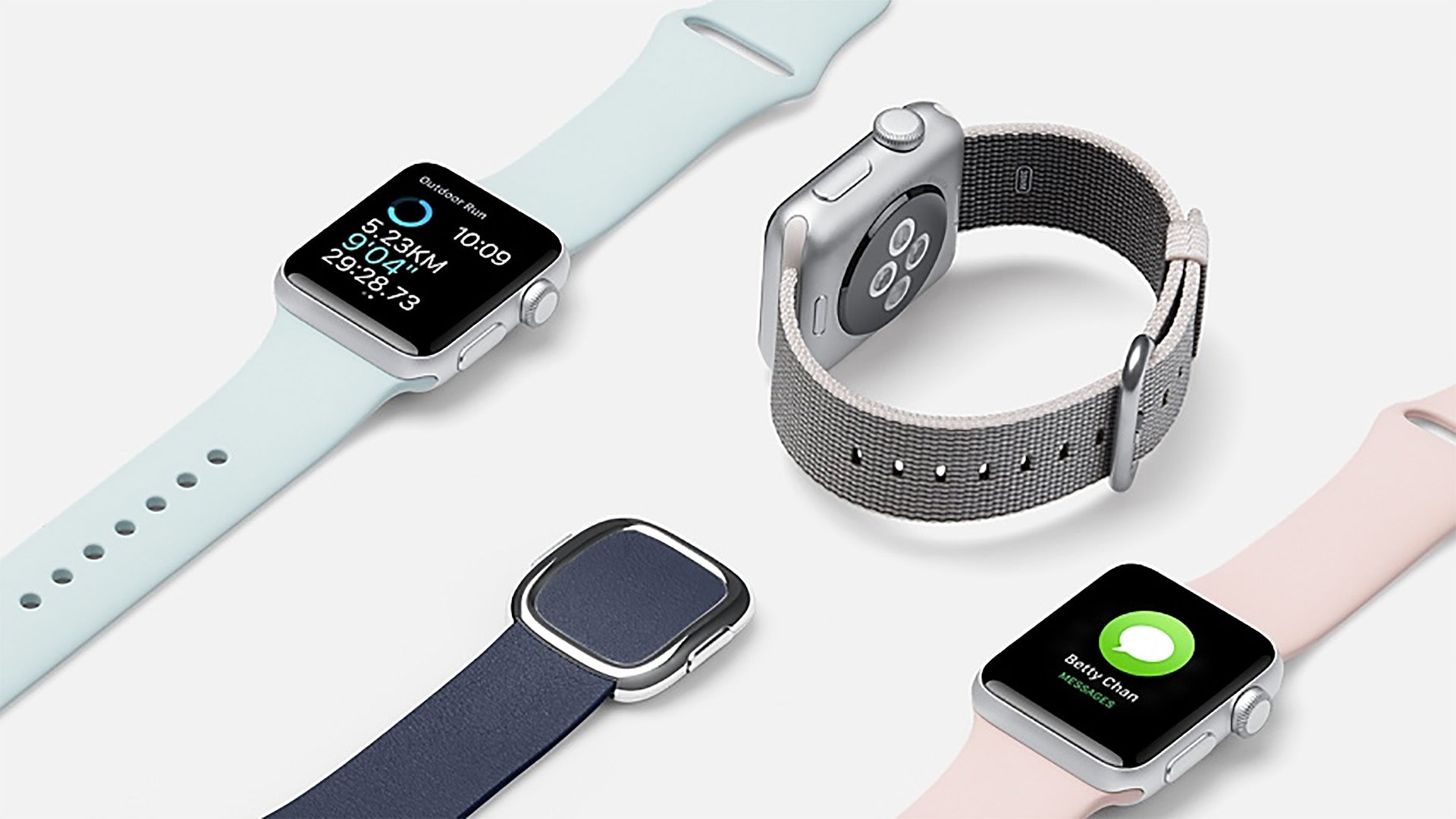 These have 272 x 340 resolution and 312 x 390 resolutions, respectively. The screen is also super bright at 1000nits, meaning it’s easily viewable even under bright sunlight. While not necessarily looking like a traditional watch, the light weight and relatively thin design make the Apple Watch comfortable to wear. There are also more premium options available, such as the expensive ceramic model. All Apple Watch models make use of a rotating crown, which acts a lot like the Gear’s rotating bezel. This lets you navigate the menus while keeping your fingers out of the way of the display and plays a prominent role in how the watchOS operating system was designed. There’s a whole range of straps available, including metal, silicone and fabric.

Both the Gear Sport and Apple Watch 2 are water-resistant to 5ATM (or 50 metres), meaning they can be used safely in the pool or the shower.

There’s not a great deal separating these two wearables in terms of sensors. Both the Gear Sport and Apple Watch 2 feature onboard GPS for accurate location tracking during exercise and heart rate monitors round back. The Gear Sport also has a barometer, which is notably absent on the Apple Watch 2. This means it can accurately track elevation, which is useful for lovers of hill sprints or hiking without the need to use a connected phone.

Both also include NFC for contactless payments through Apple Pay and Samsung Pay. This means you can leave your wallet behind and still make payments. You can store music on each smartwatch, too, and pair Bluetooth wireless headphones so you can leave your phone behind. A feather in the Gear Sport’s cap is the ability to store Spotify music offline, which is rarity for wearables. The Apple Watch can use Apple Music for offline music, however. 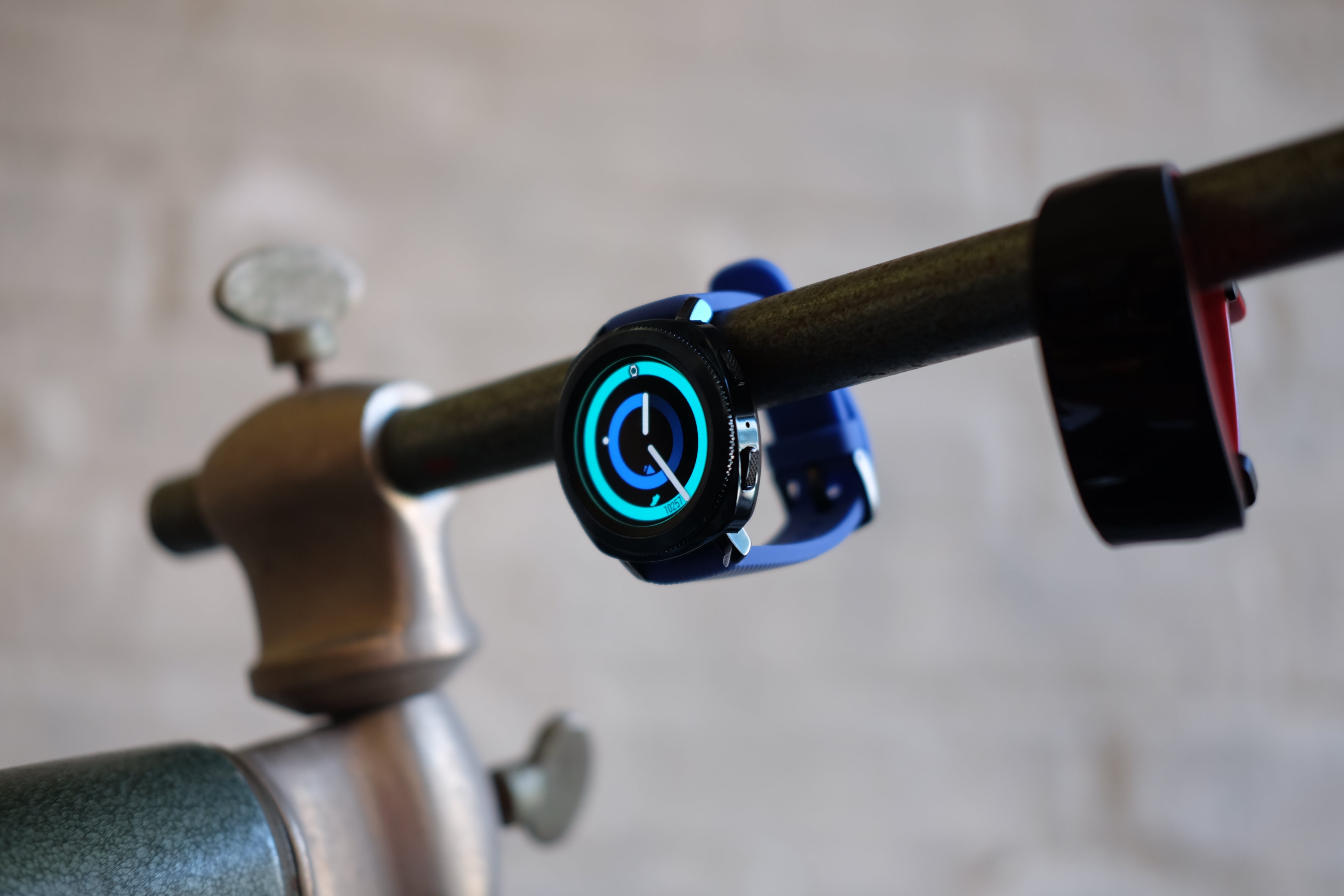 All-day activity tracking with move reminders feature prominently in both Samsung’s S-Health and Apple Activity apps. Samsung’s S-Health also makes use of the barometer to also throw in stairs climbed goals alongside the usual steps, which is a nice added incentive to make improved health choices during the day. Both wearables support bodyweight exercise tracking, too, but you’ll need to use third-party apps on the Apple Watch. Apple is updating its default Activity app with a whole range of new sports, however, such as basketball and even skiing.

As both watches are waterproof to 5ATM, swim tracking plays a big part on both. You’ll be able to track laps swum, distance and speed, as well as automatically detecting your stroke type. Samsung has partnered with Speedo to also create a custom app designed for the pool.

The app selection is one of the most important aspects of any good smartwatch, and this is where Apple has historically had the edge. Running on its own watchOS operating system, the catalogue of apps for Apple Watch remains strong with plenty of support from messaging to banking to shopping, all from your wrist. There’s also a range of third-party fitness apps, such as Strava, if you want to use something different from Apple’s default options. Samsung’s Gear Sport once again uses its Tizen operating system, which isn’t quite as strongly supported when it comes to apps. There are some notable big inclusions, such as Uber and Spotify, but it’s not quite at the level of watchOS. 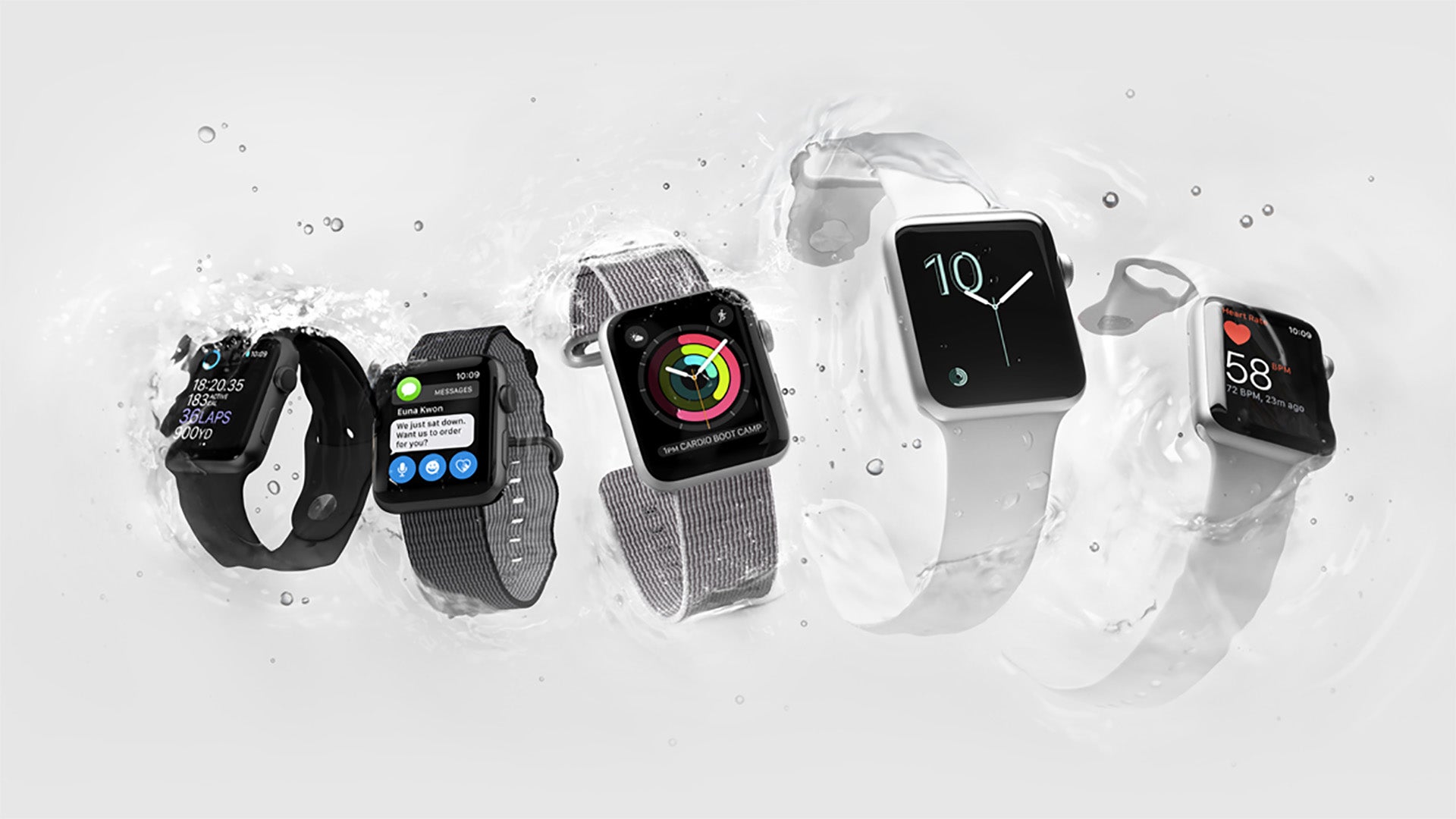 At a base level, there’s not a lot massively separating Tizen and watchOS from a functionality standpoint. Both make excellent use of their respective user interfaces and are swift and responsive, providing all of the smartphone notifications you could want and ways to interact with them. There’s Siri support on the Apple Watch and Samsung’s S Voice on the Gear Sport.

The Apple Watch 2 typically lasts around two days on a single charge. Samsung hasn’t revealed how long it expects the Gear Sport to last, but we do know it features a 300mAh battery. The larger Gear S3 had a 380mAh, which I saw around three and a bit days battery. I’d expect the Gear Sport will last a little longer than the Apple Watch 2, at least with its always-on display turned off, but we’ll have to wait for a review sample to be sure. Both watches use magnetic chargers to top up their batteries. 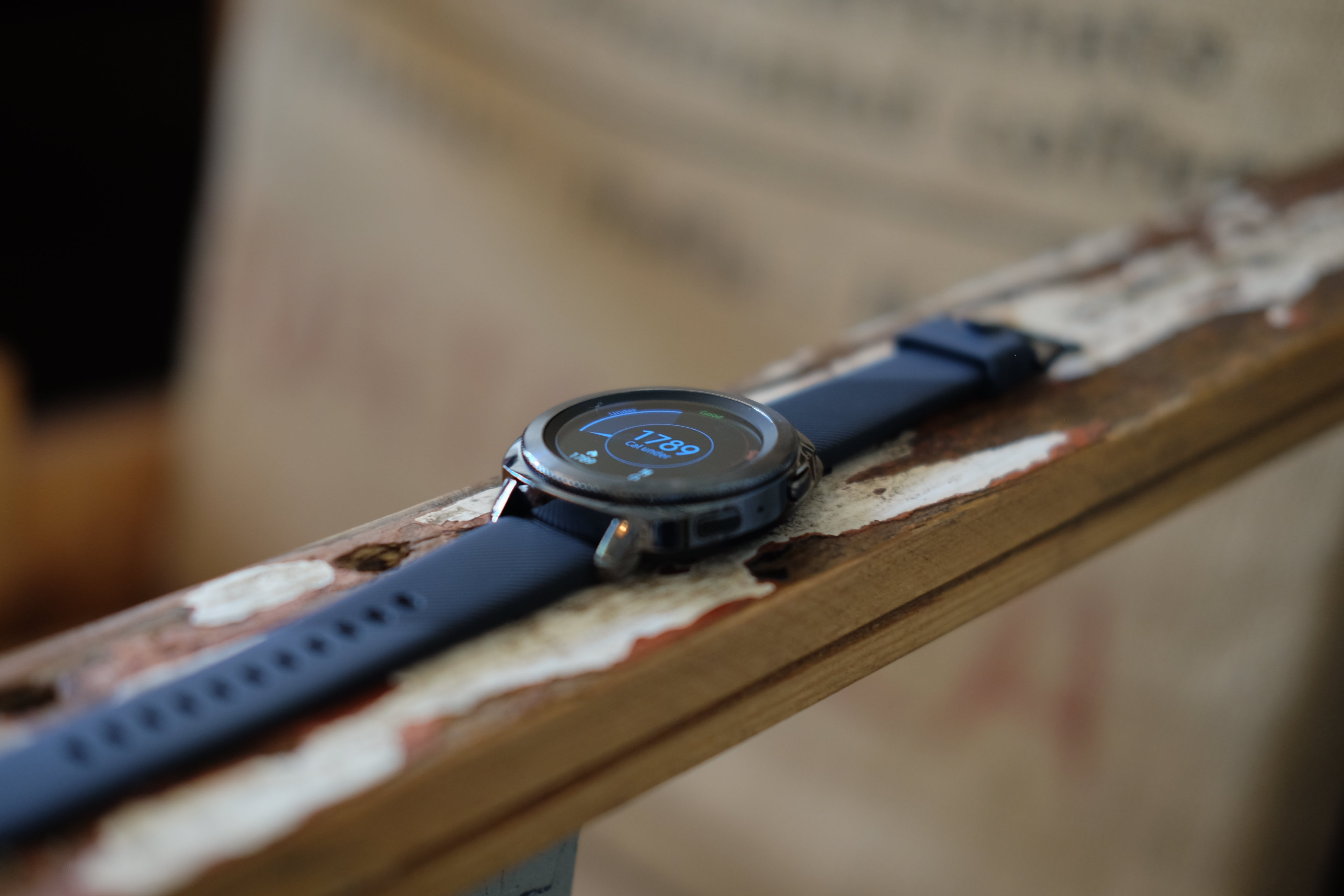 Samsung Gear Sport vs Apple Watch 2 – Which is better value for money?

The Apple Watch 2 starts at £369 for the most basic 38mm option. Samsung hasn’t actually put a price on the Gear Sport yet, but we suspect they’ll undercut the price of the Gear S3, which launched at £349. 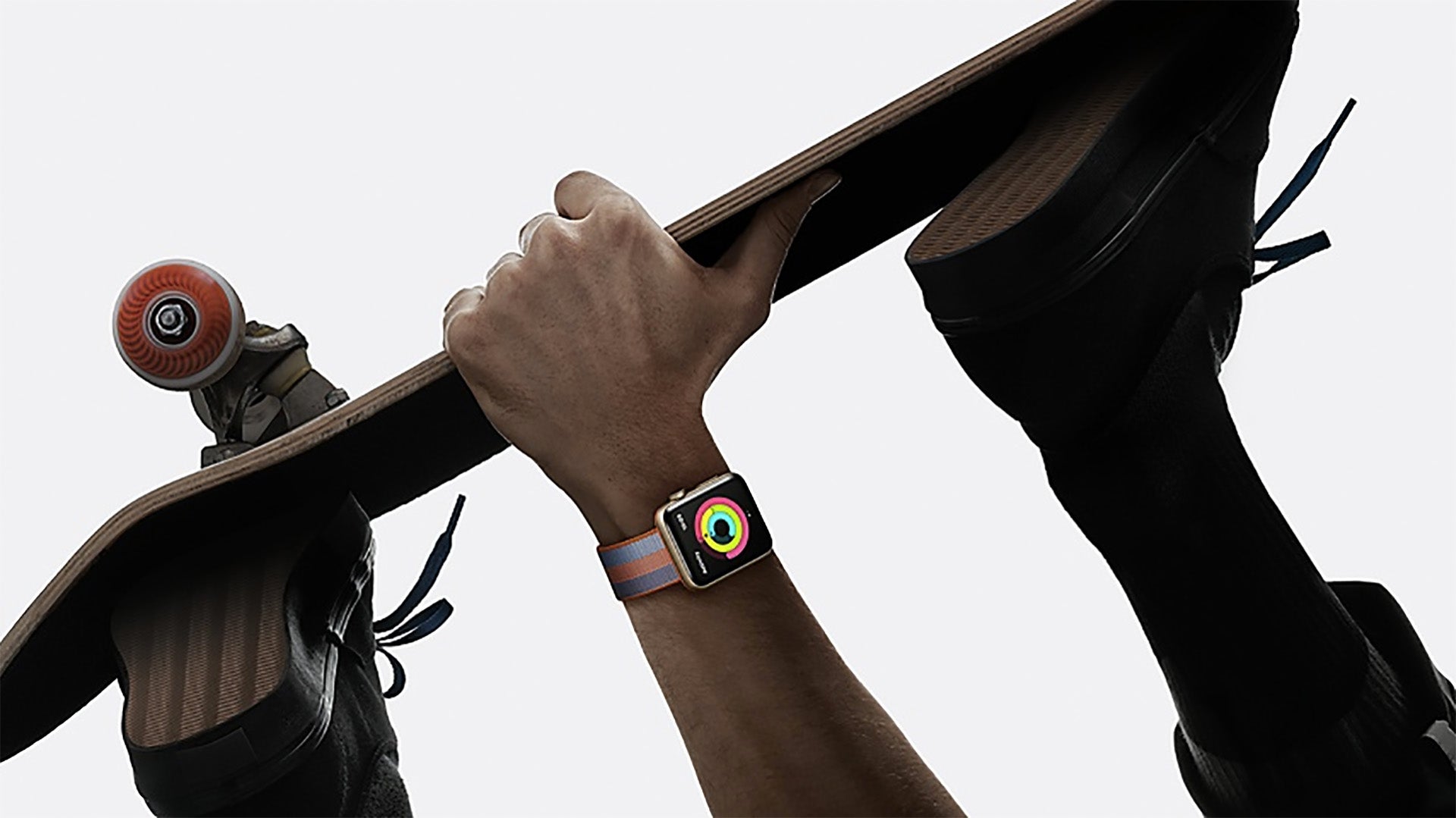 Design: The Gear Sport uses a more traditional round watch face with a rotating bezel. The Apple Watch 2 uses a square design with a rotating crown. Both watches are waterproof to 50m.

Specs: Both devices have a similar array of sensors including GPS and a heart rate monitor. The Gear Sport also benefits from a barometer for elevation tracking.

Battery life: The Apple Watch 2 has around two-day battery. It’s not been revealed how long the Gear Sport is expected to last, but we suspect it will be around the same if not slightly more.

Price: There’s no confirmed price for the Gear Sport, but we suspect it will be less than the Apple Watch 2’s starting price of £369.