When it was first released the Samsung Galaxy Tab S2 was one of the best Android tablets on the market and it has aged very well.

Which is why potential buyers may wonder what new features the new, and probably more expensive Galaxy Tab S3, has to entice them to upgrade or snap the older S2 when it inevitably gets a price cut.

Here to help you solve this conundrum, In this article, I’ll be answering the following questions:

Samsung always bases its tablet designs on its current smartphones’. As a result the S3 and S2 have markedly different designs. The Galaxy Tab S3 looks like a blown up Galaxy S7 and features Gorilla Glass back and front and metal sides. The S2 has a matte-finish plastic rear and Gorilla Glass front.

The move to a glass back makes the Tab S3 feel significantly more top end than the S2, but does leave me concerned it may not be quite as rugged. The Galaxy Tab S2’s back was incredibly scratch and crack resistant and managed to survive an accidental drop onto a hardwood floor during my review. I’m not convinced the S3 would survive the same experience unscathed. 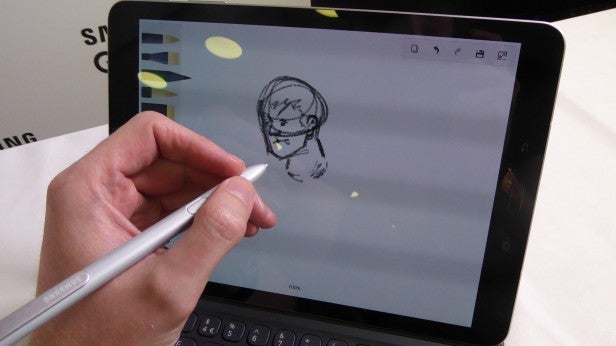 The Galaxy Tab S3 also has improved connectivity thanks to the inclusion of a USB Type C charge port. The Tab S2 used the older micro USB standard, which offers lower data transfer speeds and slower charging. The S3 also has an improved quad-speaker system Samsung claims is radically better and louder the competing tablets, including the S2.

The only similarity between the two tablets is that they both have physical home buttons and don’t feature fingerprint scanners.

In terms of hardware there’s not contest between the Galaxy Tab S3 and S2 when it comes to graphical grunt and screen clarity. The Qualcomm Snapdragon 820 isn’t the latest chip but it smokes the Qualcomm Snapdragon 652 (aka 620) used in the S2. It also has 4GB of RAM compared to the S2’s 3GB. 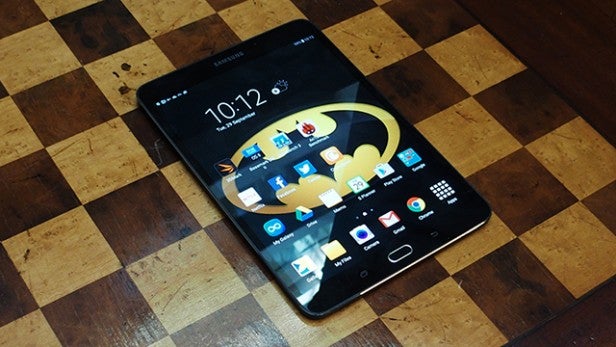 The Tab S2 comes in two sizes. The larger version has the same screen resolution as the Tab S3

The S3’s 9.7-inch, QXGA resolution Super AMOLED screen’s on paper looks identical the the larger version of the S2. But it’s actually another huge step forward due to the addition of HDR, which will be a boon for people on the market for an entertainment tablet. The Tab S2 is also available in a smaller 8-inch configuration, which may make it a better choice for people on the market for a smaller tablet.

The new tablet also has a slightly larger 6000mAh battery, though the difference is negligible. The S2 9.7-inch S2 has a 5870 mAh battery, by comparison. 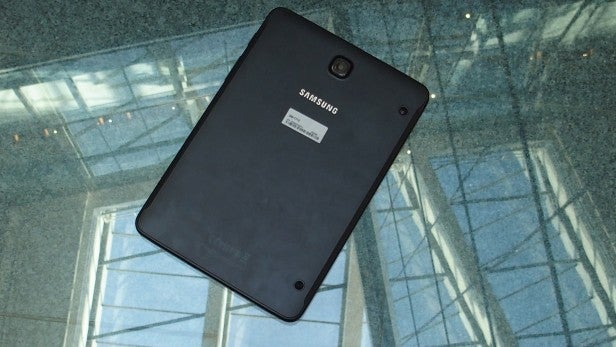 The S2 launched running Android 5.0 overlaid with Samsung’s Touchwiz skin. It has since been updated to Android 6.0 Marshmallow but is yet to jump to the latest 7.0 Nougat version.

The S3 out of the box runs Android 7.0 with an updated version of Touchwiz. The move to Nougat is a big deal as the OS is by far the best iteration of Android to date. The newer OS multi-window support isn’t anything new on Samsung tablets, but its under-the-hood performance and power efficiency upgrades should make the S3 much more pleasant to use.

The improved notifications system will also make it far better from a productivity stand-point. Thanks to Nougat, notifications are expandable on the S3. The updated system means you can reply to incoming alerts from the notifications bar, without having to fully open the application on the S3. A drop-down menu also lets you expand notifications to get a list view of things like all your recent emails.

Samsung hasn’t confirmed how much the Tab S3 will cost, so commenting on which is better value is difficult. But the S3 will definitely cost more than S2, which will inevitably drop in price once the new tablet goes on pre-order. The S2 currently retails for around £350 in the UK. 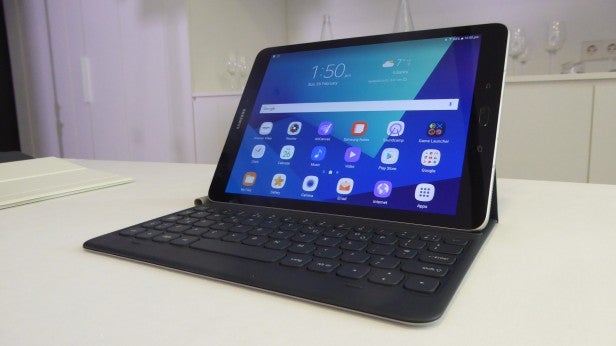 If you want the best hardware the Tab S3 is a no brainer. The Galaxy S3 is a definite step up compared to the S2. Unless Samsung is completely unreasonable with pricing I’d definitely recommend it for any casual, business or creative user over the S2.

If you’re absolutely strapped for cash, the Tab S2 is still a good option. Even without HDR the screen is great and the design, though a little less alluring, feels a bit more damage resistant. The only big draw back is its slightly old CPU and lack of Android Nougat, but even with these flaws it will meet most casual users needs.

Consider the alternatives before purchasing either tablet. Before you buy either tablet there are plenty of other alternatives you should consider. The iPad Pro has a stellar Apple Pencil stylus and one of the best screens Trusted’s ever tested. This means it will be a better choice for buyers embedded in Apple’s PC and mobile ecosystem. If you’re an Android fan the Pixel C is still a stellar tablet and, though it doesn’t have a stylus, features a physical keyboard with a proper hinge mechanism.

Price: Samsung hasn’t revealed the Galaxy Tab S3’s price. The 9.2-inch version of the S2 currently retails for around £350 in most UK stores.

Value: Pricing on the S3 hasn’t been announced, so commenting on which is better value is a little tricky, though Samsung will inevitably cut the S2’s price shortly, which could make it a great choice for bargain hunters.

Which tablet would you rather have? Let us know in the comments below