Apple used to rule the roost when it came to lightweight laptops, but the recent emergence of ultrabooks with record-breaking designs has made the MacBook Air look rather old hat.

The Samsung Galaxy Book S is one of those revolutionary laptops, being one the skinniest and lightest laptops we’ve ever tested – the MacBook Air 2020 looks almost chunky in comparison.

But is Samsusng’s new laptop a better buy than the MacBook Air 2020? That answer isn’t as straightforward as you may expect, with Apple still leading the way for many elements.

If you’re stuck between the two laptops, we’ve made this Galaxy Book S vs MacBook Air 2020 guide so you know which laptop is best for you.

The Galaxy Book S costs £999, with no other configurations on offer to make it more confusing. What you see is what you get.

It’s a little bit more complicated with the MacBook Air 2020, as while the starting price is also £999, you can spend more cash for a more powerful configuration. The processor, memory and storage capacity can all be upgraded, seeing the cost spiral as high as £2249. 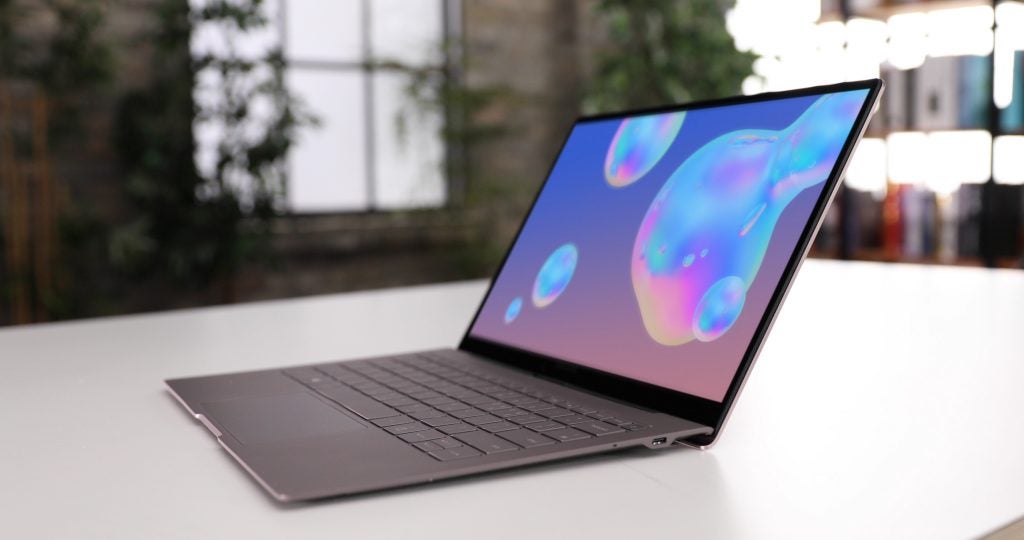 To make it a fair test, we are only focusing on the £999 model of the MacBook Air 2020 here, although it can’t be forgotten that Apple offers more flexibility if you fancy a bit more power or storage.

There are a lot of similarities here, including the 8GB RAM, 256GB SSD storage and the 13-inch screen, but don’t let the spec sheet fool you as these laptops are actually drastically different.

The biggest difference here is the processor. While we haven’t reviewed the new MacBook Air yet, we’ve tested plenty of 10th Generation Intel Core i5 chips to know they offer superb performances for productivity tasks.

The Qualcomm Snapdragon 8cx in the Galaxy Book S isn’t as powerful, and is only really capable of basic tasks such as web browsing and video streaming. It even suffers compatibility issues with obscure applications and downloads, so you’re limited to the usual suspects such as Netflix and Spotify.

However, as a compromise the Galaxy Book S benefits from a longer battery life and smaller design than the MacBook Air. Samsung’s laptop is noticeably lighter too, making it an absolute doddle to carry around. As a bonus feature, the Qualcomm version of the Books S offers LTE support, allowing you to connect the internet via a 4G SIM card. Samsung Galaxy Book S vs MacBook Air 2020 design – How does it look?

Apple has built up a reputation for creating good looking products, so it’s no easy task to make a nicer looking laptop than the MacBook Air, yet Samsung has done a very fine job with the Galaxy Book S.

While looks are very much subjective, it’s impossible not to marvel at the wafer-thin design of the Galaxy Book S. It’s even more impressive when you pick it up, weighing just 961 grams (329g lighter than the MacBook Air 2020).

In terms of ports, there’s no USB-A on either option, although an adapter can overcome this issue. Both the Galaxy Book S and MacBook Air feature USB-C ports, but only the latter sees Thunderbolt 3 support for speedy data transfers. Samsung does offer one port advantage over Apple though thanks to an integrated microSD card reader.

There isn’t really one outright winner between these laptops, as they each fulfil different needs. The Galaxy Book S is the best for portability, with a smaller and lighter design, as well as supporting LTE for on-the-go internet access.

The MacBook Air 2020, meanwhile, is the best option for productivity, with a superior performance and the option to upgrade the likes of the RAM and storage capacity. It also features a streamlined and reliable software, not suffering the same compatibility issues as the Galaxy Book S.

And if neither laptop takes your fancy, check out our Best Ultrabook list for some alternative picks, including the Dell XPS 13, Surface Laptop 3 and Honor MagicBook 14.