PES 2019 was revealed with an exceptional trailer, and since then we’ve had a chance to play it.  The legendary David Beckham is in the spotlight this year alongside returning license of FC Barcelona and some utterly gorgeous visuals. What we’ve played thus far looks very exciting. Not only that, we have an official PES 2019 release date too, and it’s sooner than any previous year and before FIFA 19.

Trusted Reviews has compiled everything you need to know about PES 2019 including the latest news, release date, gameplay, trailers and our hands-on preview from E3 2018.

It’s the next entry in the popular football simulation series which has grown into Konami’s flagship title in recent years. We expect it will deliver the same high-caliber quality of visuals, gameplay, and modes the franchise is renown for with a few new additions to boot.

Konami has confirmed that a playable trial for PES 2018 will be available on August 8, 2018 across PS4, Xbox One and PC. The details of which were confirmed in a recent press release:

“Exhibition match, quick match, and offline co-op modes will be available to play in one of two stadiums, FC Barcelona’s Camp Nou or FC Schalke 04’s Veltins Arena,” Konami stated. “Fans will have their pick from a selection of 10 teams including Liverpool FC, FC Barcelona, and Inter Milan, plus national sides Argentina and France.”

Before reveal, it felt like the writing was on the wall for PES, and the future looked tough for the franchise as a whole. Losing the UEFA Champions and Europa League licence was a huge blow, and watching EA snap it up for FIFA 19 during its E3 2018 conference has stung. But the debut trailer featuring the iconic David Beckham along with subsequent announcements of league licences around Europe and the Americas has helped claw back some excitement for PES 2019.

It feels like we’re returning to the FIFA vs PES battle of the early 00’s, when FIFA stood as the moneybags behemoth, almost like the modern-day Premier League, while PES is that exciting young prospect playing really cool football in the European lower leagues your friend won’t stop going on about.

Although Konami continues to allow players who are motivated enough to get the official team names into the game using various option files, the lack of official names and kits remains a sticking point for many players. That said, the game still maintains a fluidity that its big-name rival continues to ogle with envy. 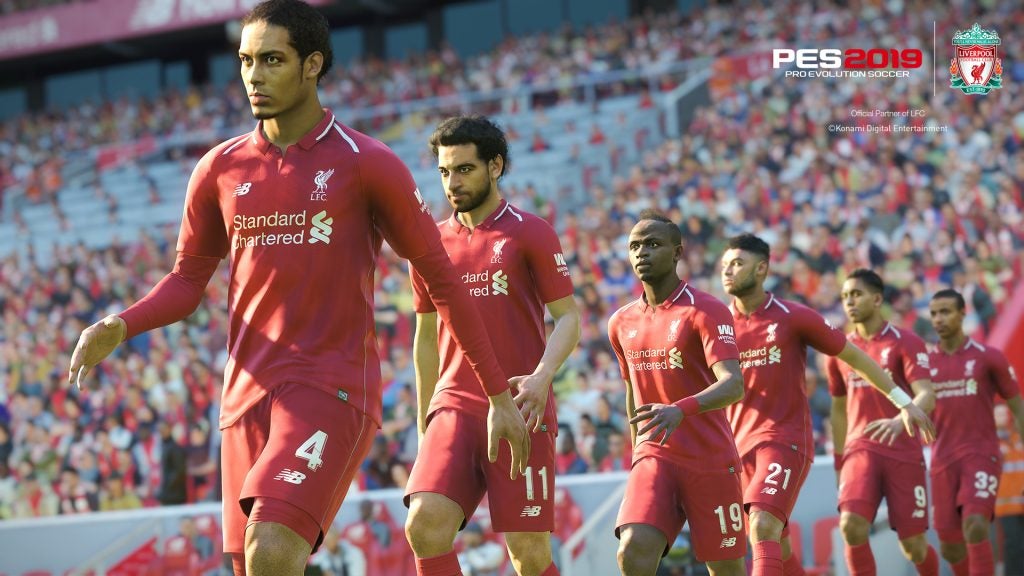 Unfortunately, in a year where FIFA looks to offer minor improvements in lieu of the big licence grab, PES has done the same when it really needed a big overhaul in order to keep up. As great as PES 2019 looks and feels, I don’t think this will be enough to avoid having a fanbase’s heads turned away from FIFA, or in some cases keep them away from it.

Konami has evolved the FOX Engine to present the most graphically stunning entry in the series to date. The lighting detail is simply superb and, once again, it’s simply a matter of personal preference which of the two football games you feel looks the prettiest. As Barcelona and Liverpool are stood in the tunnel of the Camp Nou, the level of detail on the faces of Messi, Coutinho, Fabinho, Mane, and others is breathtaking at times. There are very few engines that can deliver this visual fidelity.

On the pitch, the game is still as fluid and beautiful, too. Passing is massively improved, though. There are a greater number of animations in the game allowing for a much better game feel to make every pass and move feel like it delivers greater control in your hands.

Player runs are smarter, too. They’ll more aggressively seek out space and let you know where they’re going and when they want the ball. As Liverpool, Fabinho consistently attacked the space in the middle of the pitch between the two centre backs, and great animations of him pointing where he would want it would encourage me to hit that through pass at just the right time for him to be onside when I made it. It lends a better overall presentation that makes this game really look like a football match. 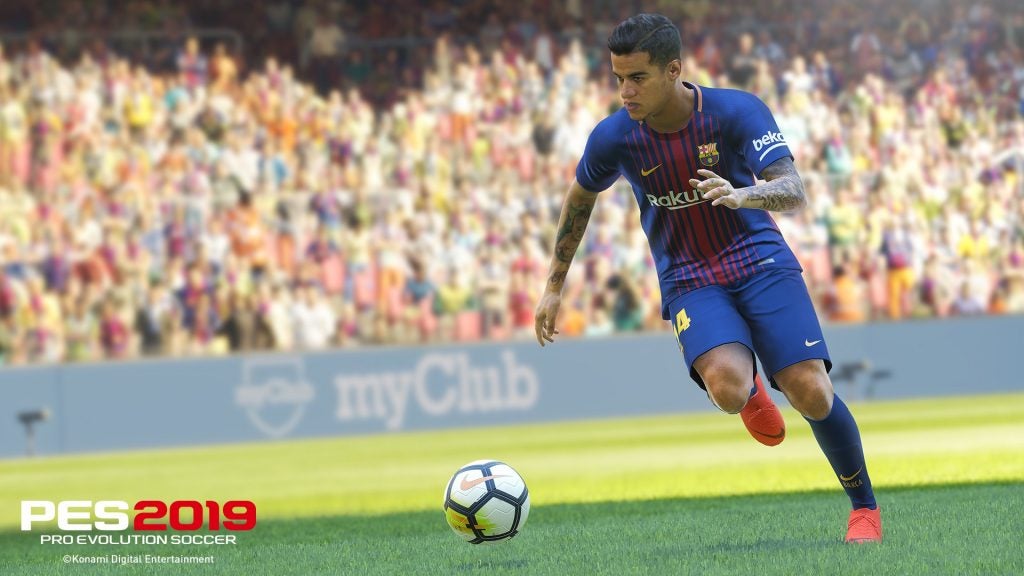 Jostling is also much better, too, aligning much more with FIFA’s level of physicality. Players battles for a ball ahead of an attacker and defender are now much better, and Konami makes excellent use of the controller’s rumble to emphasise if the dual is 50/50 or you’re about to lose. Another trick from the FIFA tactics board is quick substitutions, which can be used if the ball goes out of play.

Much like as mentioned in my FIFA 19 preview, all these little changes add up to a better game, but only hardcore fans will truly appreciate the length this goes to in terms of how much better. Casual members may overlook what these alterations mean and see only a very minor upgrade, and in a year where the series has suffered a crushing blow, it will be a very tough sell to win over or even maintain a fanbase.

There’s no denying that losing the UEFA licence is a monumental blow for PES. No matter how good the football it plays on the pitch, many players will continue to be drawn to FIFA for its strength in depth for licences, helped further by EA’s drastic improvement in that franchise on next-gen consoles in recent years, even if this year’s game, at present, presents a minor upgrade outside of the European competitions.

Despite PES being very fun, I can’t help but fear the number of players who will pick it up will dwindle year on year because of the phenomenon that is FIFA continuing to go from strength to strength.

PES 2019 will launch on August 30 in Europe for PS4, Xbox One and PC. North American players can play it two days earlier on August 28.

Konami has announced three unique variants of PES 2019 to launch later this year. They all come in at different prices with a varied amount of digital goodies to boot.

The David Beckham Edition will retail for £57.99 and comes with the following items:

Also get these bonus myClub items below:

Next up is the Legends Edition which is a little more expensive at £64.99. Here’s what you get:

Also get bonus myClub items below: