All will support Dolby Vision IQ, Filmmaker Mode and Panasonic’s own Intelligent Sensing tech, so viewers can enjoy the best picture quality in whatever room conditions.

The OLED models have once again been tuned by leading Hollywood colourist Stefan Sonnenfeld, and are expected to pass the UHD Premium certification for true 4K picture quality.

Panasonic’s says the OLED will have better motion performance than previous generations, thanks to the advanced implementation of black frame insertion. This maximises the smoothness of the image and should reduce the flicker that can occur during fast moving sports.

The much-hyped Filmmaker Mode is available on these sets, and preserves a filmmaker’s intent by respecting the original frame rate, aspect ratio and colour, while turning off background processing. Panasonic has also tagged its Intelligent Sensing feature on top of Filmmaker Mode, which works by adjusting the picture in response to ambient light levels. Intelligent Sensing works with HDR10, HDR10+, HLG (Hybrid Log Gamma) and SDR content.

Related: What is Filmmaker Mode? 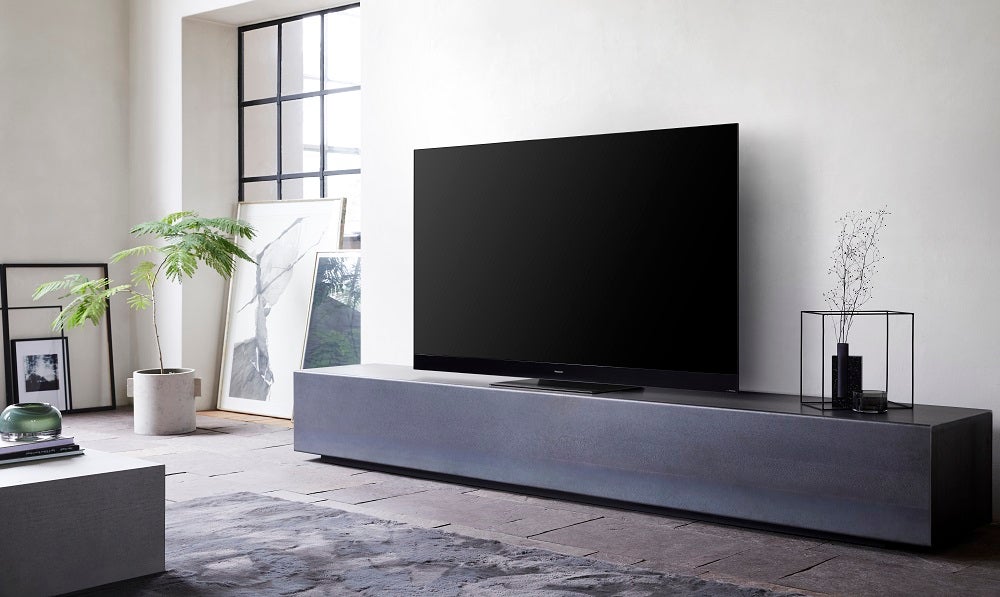 Dolby Vision IQ was announced at CES and works in a similar manner to Panasonic’s Intelligent Sensing but with Dolby Vision content. It adjusts the brightness of the screen so the viewer can see exactly what was intended by the filmmaker in any room condition.

It’s not just picture that’s getting the ‘Hollywood to your Home’ treatment either. After bringing its innovative upward-firing Atmos speakers in last year’s GZ2000, the Japanese company has revealed both the flagship HZ2000 and the step-down HZ1500 will get integrated Dolby Atmos upfiring speakers.

The OLED range is expected to go on sale in summer.