Blizzard has just sent the Overwatch Winter Wonderland update to live servers, which means you can play the new content right away. Here’s what you need to know.

What is Winter Wonderland?

Winter Wonderland is a seasonal update to Overwatch, adding a bunch of Christmas-themed content to the game for a limited time period.

The new content is only available from today, December 13, through to January 2, so make sure you don’t miss out on the festive goodies.

“The season of giving (and receiving) is here, and we’re ready to celebrate,” writes Blizzard. “From now until January 2, every day is a snow day in Overwatch! Unwrap all new holiday-themed loot, take a stroll through the decked halls of Hanamura and King’s Row, and put your enemies on ice in our latest brawl: Mei’s Snowball Offensive.”

Blizzard has redesigned Japan’s Hanamura and the UK’s King’s Row maps, updating them with a new winter theme. They’ll be decked out in holiday lights and coated in snow and frost, which even the most Scrooge-like players should enjoy.

The unlockable items will be available through the new Winter Loot Boxes, which replace standard Loot Boxes for the duration of the Winter Wonderland event.

You’ll be able to bag over 100 new “cosmetic trimmings” by opening the boxes, which, as usual, can be won through levelling up, or purchased for cold, hard cash. But don’t forget that the contents of each Loot Box are random, so you might not always get impressive winnings.

But Mei’s abilities have been tweaked slightly. Instead of unleashing a stream of frost or shooting icicles, Mei’s Endothermic Blaster now fires a single “super-powered” snowball. That means you’ll be able to take down an enemy with a single hit.

That sounds easy, but it’s not so simple: Once your weapon is empty, you’ll need to find a snow pile to reload. But if you stay alive long enough, you’ll be able to activate Mei’s new custom Ultimate ability, which turns her blaster into a semi-automatic snowball launcher – unleash frosty carnage on your foes.

Support hero Symmetra is also getting an update, although it’s just a general balance change rather than a winter-themed makeover.

We won’t list all the details, but here are some comments from the developer about the changes: “We wanted to address two main issues with Symmetra, First, on the whole, we felt that she didn’t feel active enough. Second, due to the nature of her Teleporter, she felt weak in certain situations on different maps and game modes.”

“To address the first point, we replaced her more passive Photon Shield ability with a much more active ability: Photon Barrier. Now, Symmetra can help lead the charge on offense or help shut down a big push on defense by actively blocking damage for your team.” 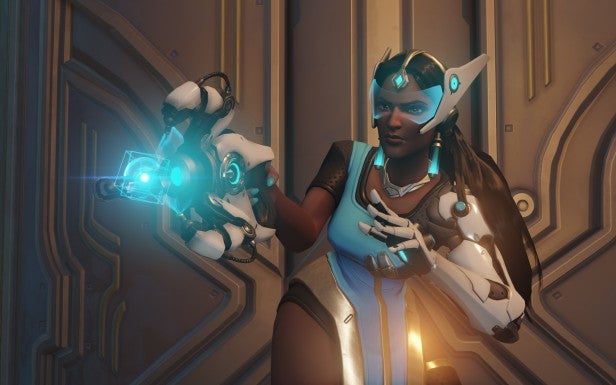 “For the second point, we noticed players would often switch off of Symmetra once they found themselves in a situation where her Teleporter wasn’t as useful. For example, when playing her on defense on an Assault map, players often used her to defend the first capture point, then quickly switched to another hero if that point fell. . The Shield Generator is just as important for the enemy to deal with, but is useful in more situations.”

“The turret changes allow her to rebuild her turret nests faster. Even if all her turrets are wiped out, it’s now easier for players to build them all back up before the next push.”

“We’re also increasing the range on her Photo Projector to make it easier for her to build up and keep a powerful charge on her next target.”

You can check out the full list of changes (of which there are plenty) in Blizzard’s official changelog here.

What do you think of the Overwatch update? Let us know in the comments.