Compact PCs are dime a dozen these days, but I’ve never seen anything quite like the Ockel Sirius A. Meet the 6-inch Windows 10 desktop machine you never knew you wanted.

Ockel is a Dutch firm known for its previous crowdfunding success, the Sirus B micro PC, which raised more than $450,000. Now, the company is back with another portable PC, this time taking the form of a 6-inch wedge PC with a Full HD touchscreen on board.

It’s not an Android tablet, either. It runs full-fat, 64-bit Windows 10. Crazy, right? Perhaps. But there is method behind the madness. The company reckons there’s latent demand for a full PC that you can pop into your pocket and then pull out wherever you are. 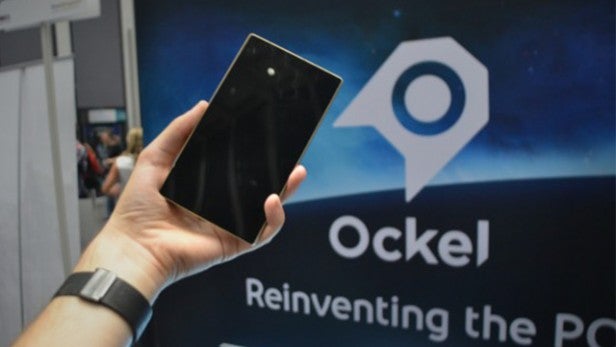 But it’s more than just a tiny Windows tablet. At the rear of the device there are two full-size USB ports, an HDMI, DisplayPort and Ethernet jack, allowing you to hook up your tiny PC to your desktop accessories and get some work done.

Fancy getting up and heading off to another room? The Sirius A can last up to three hours on its internal battery while watching video.

I was able to get hands-on with the Sirius A at the ShowStoppers event at IFA 2016, but only with a non-working prototype. The company did have a version up and running, but it was a display model only so I couldn’t try out the device for myself.

It’ll be powered by one of Intel’s most recent Atom processors; low-power ARM processors don’t work on Windows 10. There’ll be just 32GB of eMMC storage on the inside, but there’s a MicroSD card slot for expanding this capacity. 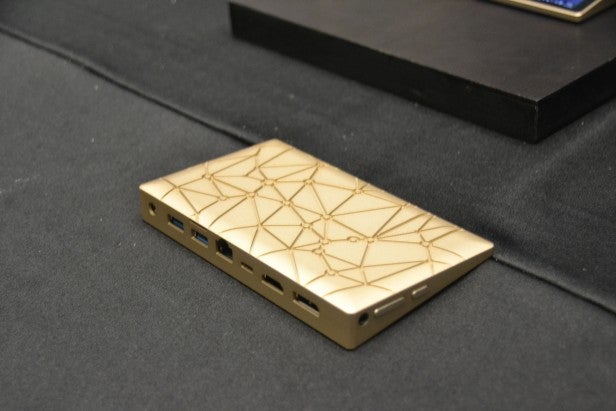 It looks great too, with a shiny engraved metal underside that gives it a classy feel, though as it’s a very early prototype there may be significant design changes come the device’s launch. The 6-inch screen has a resolution of 1,920 x 1,080 pixels, which makes Windows 10 look tiny.

There are a lot of hurdles to overcome here. Windows 10 is terrible on small screens and is not designed for such a tiny device. Ockel says it has technical support from Microsoft to help further the project, but it seems like the company will need its own software in order to make Windows 10 usable when undocked.

. But that doesn’t seem to be the tactic Ockel is following right now.

Is Ockel pursuing a problem that doesn’t exist? Perhaps. We have tiny portable stick PCs, powerful smartphones and decent tablets. We also have Windows 10 Continuum, which runs on Windows phones.

It’s best not to think too hard about all this. The Sirius A is one of those grassroots projects that could only exist through crowdfunding, and will probably delight the backers who shell out for it. However, Ockel will need to show how it’s going to overcome the limitations of the tiny screen if it’s to get the full confidence of potential investors.

One solution would be to sell the Ockel without an operating system, or with Ubuntu installed. Ubuntu has shown a lot of potential in recent months. The converged operating system works extremely well on tablets and has the ability to switch from being a slate platform to a desktop PC OS.

There’s no final price on the Sirius A, but the project’s Indiegogo campaign is expected to go live between September 20-27.

You can pre-register your interest here.

What do you make of the Ockel Sirius A? Let us know in the comments below.