The RTX 2080 – the top card in the lineup bar the RTX 2080 Ti – is a rather more specific generational shift than we saw with the Nvidia GTX 1080. The new architecture focuses on real-time ray tracing and AI-based graphical enhancement, but comes comes with a fairly intimidating price hike.

Game engines will need to use these features to make Nvidia’s claims of ‘6x performance’ increases anything like a reality. But real-time ray tracing will certainly have a big impact on the kinds of improved graphical effects we’ll see in games over the next 18 months.

Before real-time ray tracing support arrives though, the RTX 2080’s performance boost should still please owners. Reports suggest that the new card is capable of running 4K games in 60 frames per second. We’re yet to test that out for ourselves, but if the reports are true, Ultra HD gamers will surely be tempted to upgrade.

Let’s compare the Nvidia RTX 2080 to the GTX 1080 to whether it’s worthy of all the excitement.

Time flies when you spend half your free time looking for a graphics card deal, apparently. Nvidia announced the GTX 1080 way back in May 2016; it went on sale towards the end of that month.

The Nvidia RTX 2080 was announced more than two years later on 20 August 2018, as part of the Gamescom conference. It’s on sale right now.

Nvidia says it’s worked on the Turing architecture for 10 years. An important element of this new style of GPU, the Tensor core, was also used in 2017’s Titan V and Tesla V100 cards.

The V100 is a £10,000 card intended for engineers and data scientists. This RTX generation sees a tasty trickle-down of technology, which before now was just too expensive for most of us to afford. 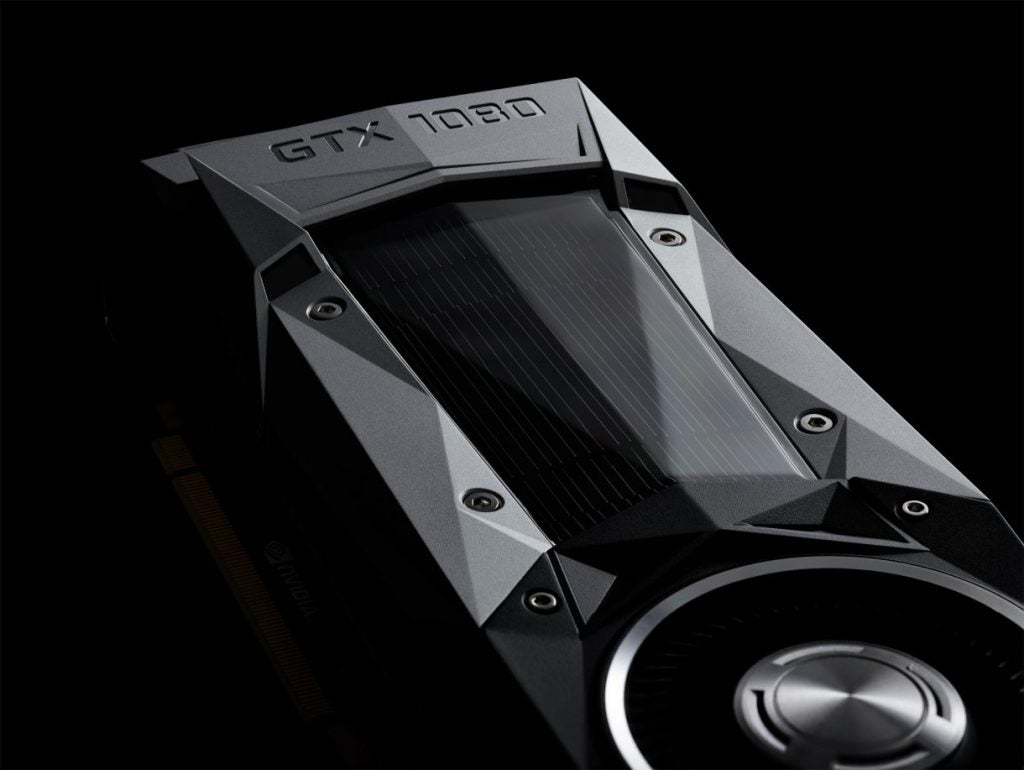 The hope now is that we won’t see another shortage-induced price hike over the coming months, caused by Bitcoin miners hogging the supply.

We’re yet to get our hands on a Nvidia RTX 2080, so can’t provide our own benchmarks or thoughts on the new graphics card’s performance. However, Nvidia has provided some benchmarks scores of various games playing in 4K to get an idea of how it compares to the GTX 1080.

Note that Nvidia used the same testing rig for the two graphics cards, with the specs listed below:

Nvidia also confirmed that it used its own testing process to achieve these scores. What’s most important here, though, is the difference in performance between the two graphics cards rather than the isolated scores.

Noticeably, the more visually demanding games listed above see performance increases floating around the 50% mark, which is seriously impressive if true. Various reports suggest the RTX 2080 is able to render 4K games at 60 frames per second too, something that the GTX 1080 is definitely not capable of.

We’re unlikely to see such a drastic visual improvement for video games running atHD or SD, however. With this in mind, it might only be worth buying a RTX 2080 over a GTX 1080 if you’re going to be gaming in Ultra HD – until support for real-time ray tracing arrives at least.

Of course, without testing the RTX 2080 ourselves, we can’t say that for sure. We suggest waiting to read our full review to get a better idea of the difference in performance.

Note, also, that Nvidia’s test rig features a 7th-gen Core i9 CPU – Intel is rumoured to be on the verge of announcing its 9th generation of processors, so by the time you’ve put your money down for an RTX 2080, you might want to think about picking up a new processor to go with that.

In the press, Nvidia says that in a lot of cases ‘the GeForce RTX 2080 is so powerful that the CPU is the bottleneck’, and when you’re running that with an i9-7900X, this may well be true. With the rumlured i9-9900K, it might be a different story.

If you’re thinking about making the jump to the 9th-gen processor, you’re also likely to need a bigger board. Expect to see a ton of new motherboards hitting shelves later in the year.

Assess the RTX 2080 by the same metrics we might use for the GTX 1080 and it doesn’t appear to be that impressive an upgrade. You get 15% more CUDA cores and 40% faster memory speed.

However, Nvidia claims a performance improvement of ‘up to 6x’. We have to dig a little deeper to discover what this really means.

CUDA cores have been around since 2006. The RTX range brings new Tensor, RT Core and Turing SM components into mainstream cards, and these are what will really boost this generation’s functional power.

Ray tracing is the tracking of beams of light. It allows for much more realistic-looking shadows and reflections in particular. In a rendered scene with ray tracing, it isn’t only the objects that are rendered, but the light being bounced around and off them.

Consider, for example, what a textured metallic surface does to light. Or the subtler effect a glass box has on a light source. You might think of it as transparent, but it will still cast a shadow.

Unreal Engine 4’s team posted one of the clearest demonstrations of real-time ray tracing in action in a Star Wars-inspired video from March 2018. It’s most useful for accurate rendering of reflections across complicated surfaces, in a manner that could make video game graphics look real. Or at least closer to the quality of a current CGI-rendered movie or game cut-scene.

Ray tracing is extremely power-intensive, and the new RTX hardware uses ‘deep learning’ to cut some of this down. You could also interpret this as cheating our way to full ray tracing, getting the same perceived effect with less power.

Unreal Engine 4, Frostbite and the 4A Engine, as used in Metro Exodus, have already been used to demonstrate this tech in action. It seems far more obvious an improvement in reflections than shadows.

However, because of the somewhat specific nature of these changes, the difference in performance in existing games may not be as significant as you might expect. This may be the reason Nvidia didn’t show any traditional benchmark results to highlight the power of the RTX 2080.

Another significant issue is that there won’t be any games that support ray tracing from launch. This is because we’re still waiting for the Windows 10 update that will see the roll out of Microsoft’s own DirectX Raytracing API, which Nvidia’s ray tracing tech is built upon.

Once that arrives, RTX 2080 users will finally be able to see ray tracing in effect for games such as Shadow of the Tomb Raider and Battlefield V, although the list of compatible games looks pretty thin so far, as it isn’t an easy task for developers to integrate the tech into their games.

The GTX 1080 may not offer ray tracing, but it can still play many of today’s games at a 4K resolution, at 60fps – although it doesn’t quite manage this with titles such as GTA V.

Nvidia has switched up the design of its Founders Edition RTX 2080, perhaps in response to criticisms of the classic model. Instead of the single fan ‘blower’ layout of the original GTX 1080, you now get two fans.

This should make the RTX 2080 much quieter, giving you fewer reasons to wait for third-party models. That said, you may well be able to save some money if you wait.

Until we test the RTX 2080, we can’t call a clear winner. But if even a fraction of Nvidia’s performance claims ring true then it should be an excellent card that will play pretty much any game with ease. The 1080 remains an impressive beast, however. If you just have a 1080p monitor then it’s a solid choice, especially with the discounted price tag.

Excited by Nvidia’s new card or are you going to go for a discounted 1080 while stocks last? Let us know on Twitter @TrustedReviews.