Lenovo announced the ‘world’s first foldable PC’ today at CES 2020, beating the likes of Microsoft to the punch.

Entitled the Lenovo ThinkPad X1 Fold, this device features a folding 13.3-inch OLED display, allowing you to open and shut it like a book.

When unfolded, you can turn the ThinkPad X1 Fold into two separate displays, so you’ll be able to watch YouTube while you work, or video call your friend as you browse social media.

Boasting oodles of versatility, the Lenovo ThinkPad X1 Fold can also be used as a traditional laptop when paired with the Bluetooth Mini Fold Keyboard. This accessory can be stored inside the ThinkPad X1 Fold when folded, and secured via magnets and wirelessly charged while tucked away.

And of course, when completely unfolded flat, the ThinkPad X1 Fold will take the form of a tablet, rounding off its multi-talented uses.

Being a foldable, the ThinkPad X1 Fold looks to be really portable too, weighing less than 1kg thanks to the lightweight alloys and carbon fiber that make up the device.

Microsoft previously announced a very similar product with the Surface Neo, but that won’t be available until Q4 2020. In fact, 2020 seems to be the year of the foldable, with multiple companies releasing their own takes. But with the likes of Samsung struggling to perfect the foldable screen after seeing screen creasing and a fragile build, it will be interesting to see whether Lenovo will fare any better. 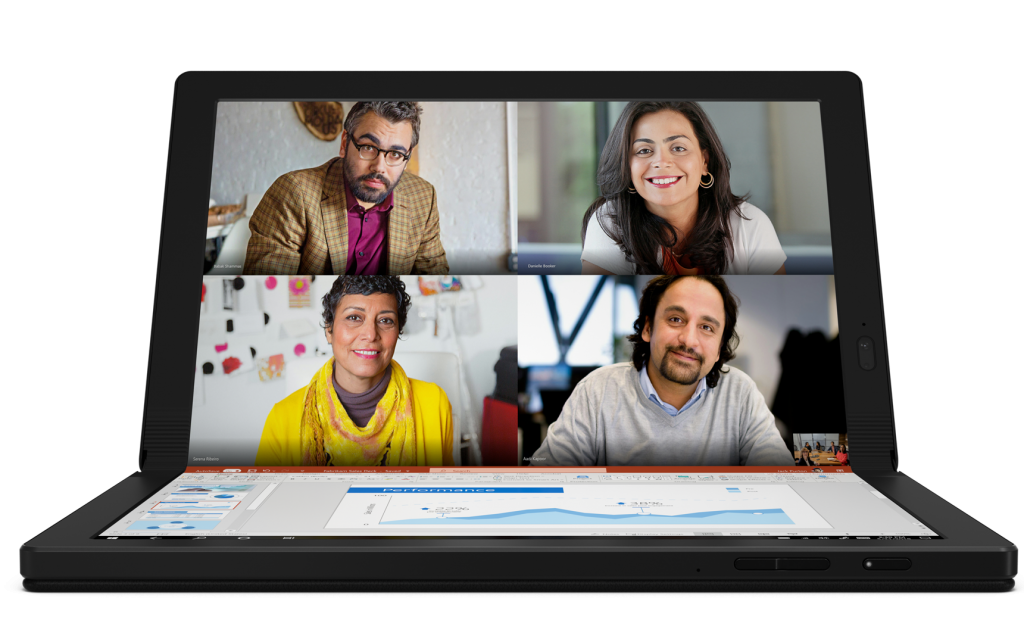 The Lenovo ThinkPad X1 Fold will run Windows 10 at launch, but will later also be available with Windows 10X.

Lenovo confirmed the foldable is powered by ‘Intel Core Processors with Intel Hybrid Technology’. While not confirmed, Lenovo is likely referring to Intel’s Lakefield chip which has been confirmed to feature in Microsoft’s Surface Neo foldable.

You’ll also get the option of 5G connectivity, so you can keep connected to the internet once you’ve journeyed beyond the reach of your Wi-Fi signal.

The Lenovo ThinkPad X1 Fold will be available to buy in mid-2020, with prices starting at $2499. UK prices are yet to be confirmed.