Leica’s M-series rangefinders launched back in 1954 with the M3, which is widely regarded as one of the best cameras ever made.

Why so? One of the main reasons is that it was the first camera to combine a rangefinder and viewfinder, creating a shooting system that’s continued right through to today’s Leica M10 and, now, the new M10-P.

Rangefinder cameras are prized by street photographers because, unlike a DSLR’s ‘tunnel vision’, their viewfinder lets you see what’s outside the frame lines of your shot. This allows you to press the shutter at the exact moment that something enters it.

They’re small, too, so don’t scare off potential subjects, and offer a more manual, autofocus-free shooting experience that, while challenging for beginners, is potentially more rewarding once you’ve mastered focus rings and zone focusing.

Fans of the Leica M series love its simple, stripped-down experience. So what new features can the M10-P bring without sabotaging its signature style?

Unlike previous ‘P’ editions (the ‘P’ stands for ‘Professional’), the M10-P brings more than just cosmetic improvements. While undoubtedly a minor upgrade, there are practical tweaks that might just persuade M10 owners to upgrade. Here are the main differences…

1. It has the quietest shutter of any Leica M series so far 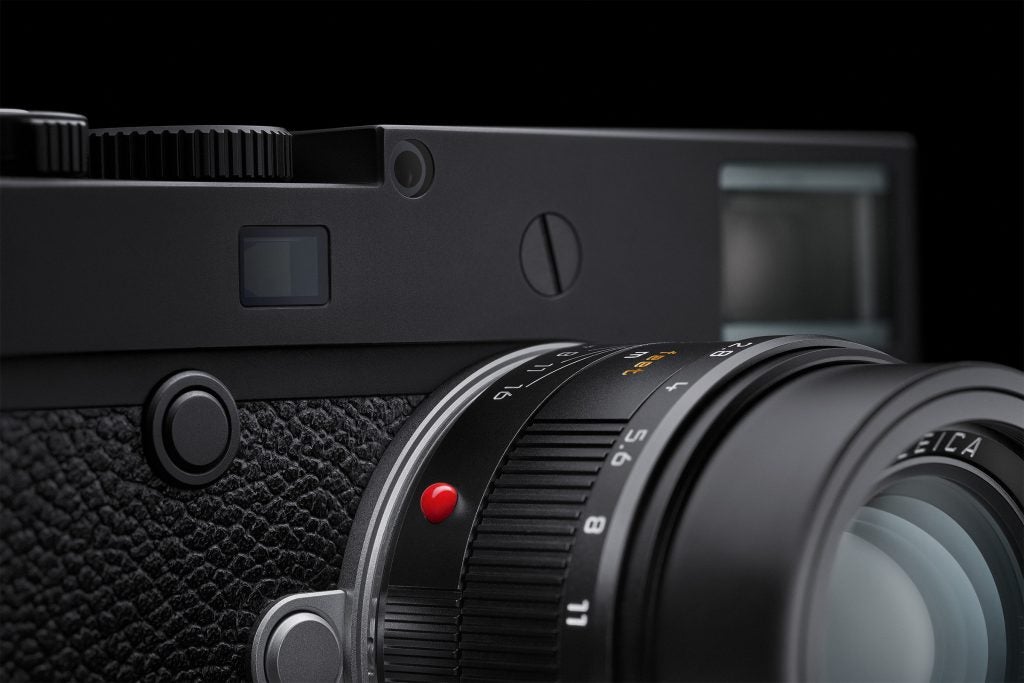 To back up its already impressive stealthy credentials, the M10-P has an ‘almost inaudible’ mechanical shutter.

Of course, quiet shutters are nothing new. Many mirrorless cameras such as the Sony A7 III have completely silent electronic shutters, a talent that’s prized by wedding and wildlife photographers.

But electronic shutters have their own issues, such as skewing effects from the way data is read from the camera sensor, and it would be very unlike the traditional M series to go with anything other than a mechanical curtain.

After hearing Leica’s audio recordings (below) and using the M10-P, we can confirm that it’s one of the quieter mechanical shutters we’ve heard, but also – crucially – still very satisfying, despite the dampened noise.

Leica wouldn’t tell us exactly how its engineers have reduced the shutter clunk, but it’s certainly a bonus for getting closer to subjects (human or otherwise) without startling them. 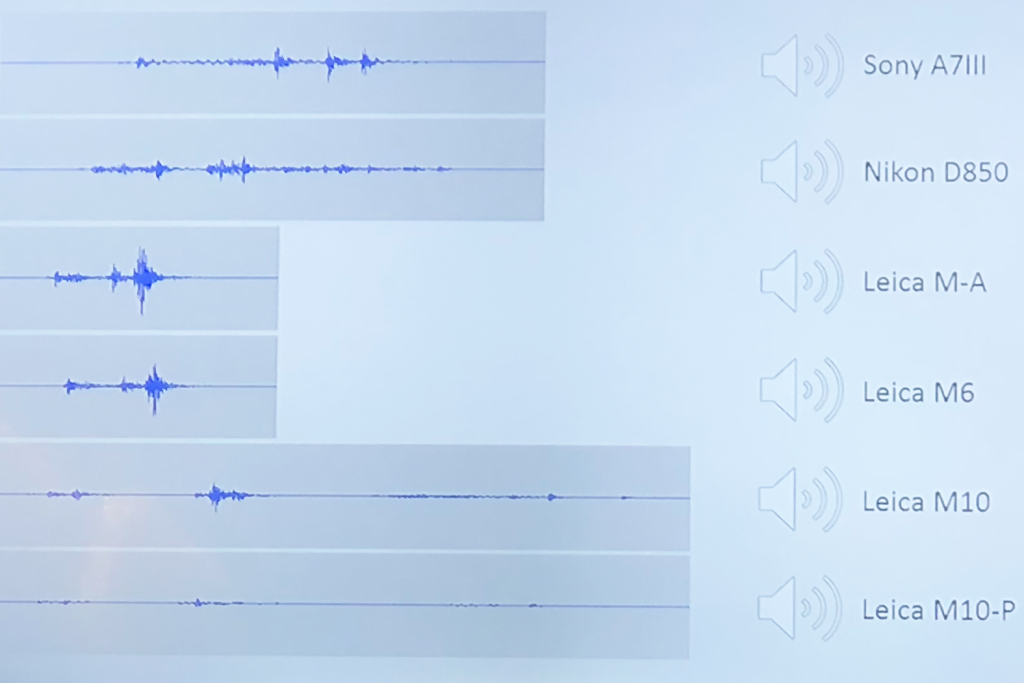 2. There’s a new touchscreen on the back 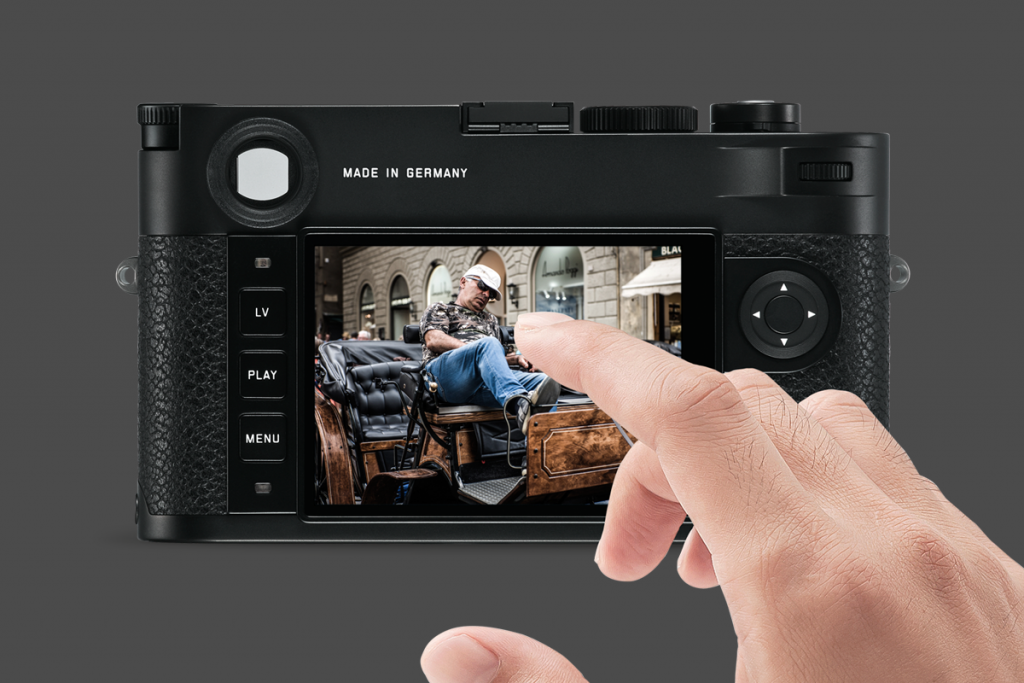 A touchscreen? Blasphemy! Yes, the M series might be all about heritage and an old-school shooting experience, but it isn’t so dyed in the wool that it doesn’t have room on its magnesium body for a touchscreen.

This is a good thing for two reasons. First, Leica’s TL2 has already shown that the German company knows how to make the best touchscreen experience around. And second, the M10-P’s touch interface is simple and stripped down enough to feel perfectly fitting on an otherwise retro camera.

In Live View mode, you can tap to magnify or double-tap to check that your focus is on point. And in Playback mode, you can swipe through your photos or pinch-to-zoom.

You can’t use the touchscreen to navigate menus or choose focus points, and this feels perfectly acceptable when you have the combination of dedicated buttons and a well-designed menu system to reach most functions.

3. The screen and viewfinder have a new virtual horizon 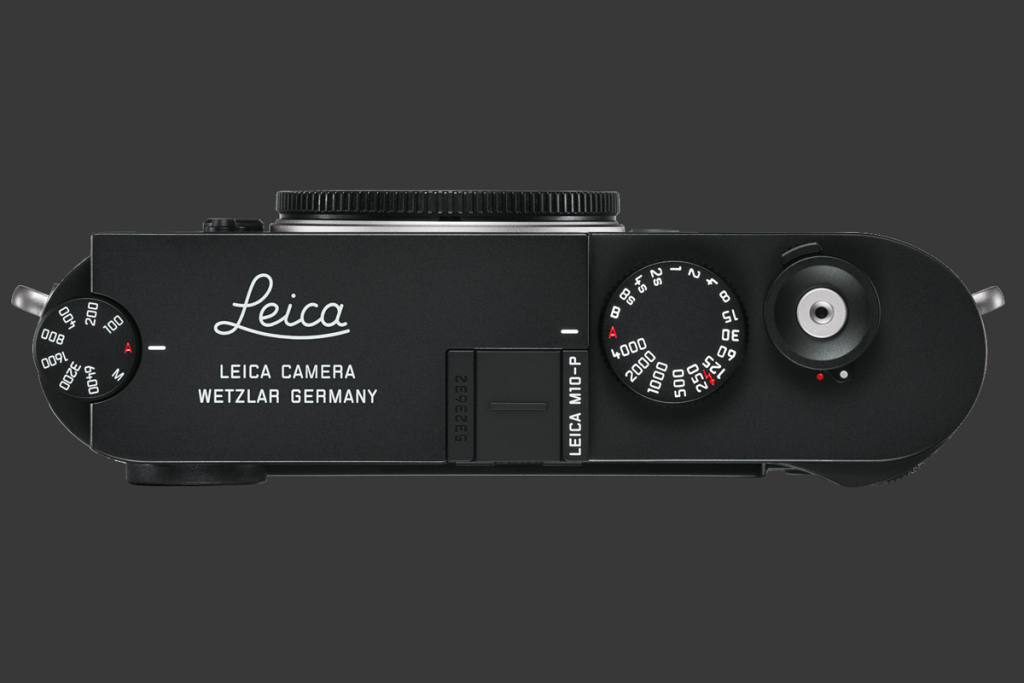 Another small but handy concession to the benefits of modern tech is the M10-P’s integrated spirit level, which you can see in both Live View on the 3-inch screen or via an electronic viewfinder (which is sold separately).

This helps you avoid wonky horizons and potentially cuts down the number of times you need to resort to Lightroom’s straightening tool.

4. There’s no signature red dot – but there is a logo on the top plate 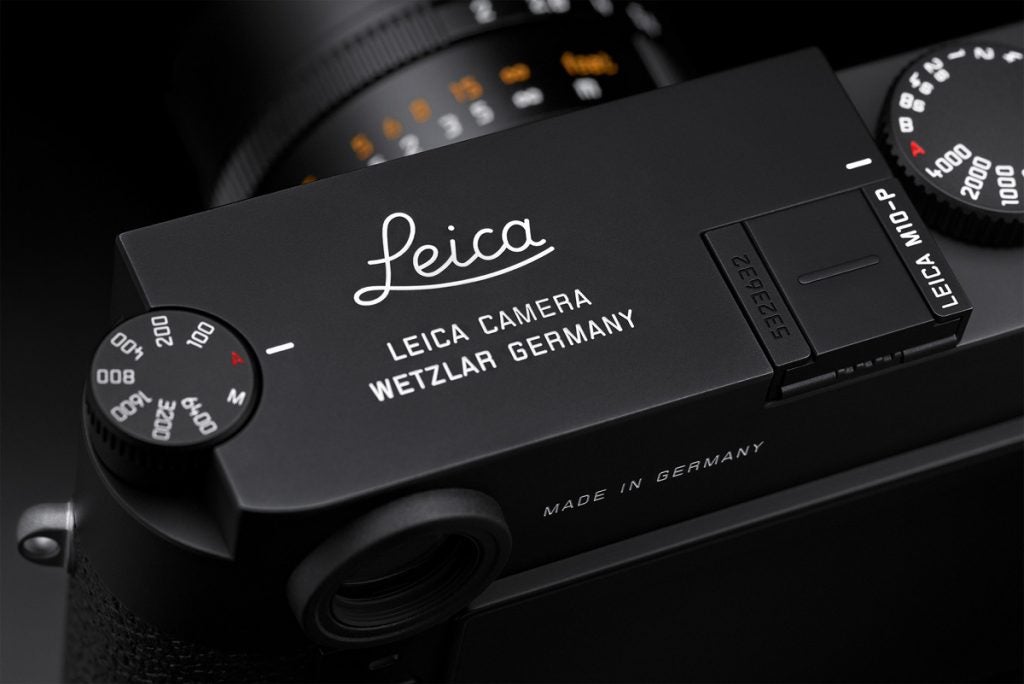 Okay, now we’re into the details for true Leica obsessives. If you didn’t already notice the M10-P’s commitment to stealth, it’s gone without the famous red logo that adorns most Leica cameras, instead replacing it with a simple, industrial-looking screw.

If you’re worried that this means the M10-P won’t feel, well, Leica enough, then you’ll be pleased to see the old-school Leica lettering on the top plate – the same lettering that appeared way back on the Leica M3. The metal hot shoe cover also matches your chosen M10-P finish (black chrome or silver chrome). Ah, that’s better. 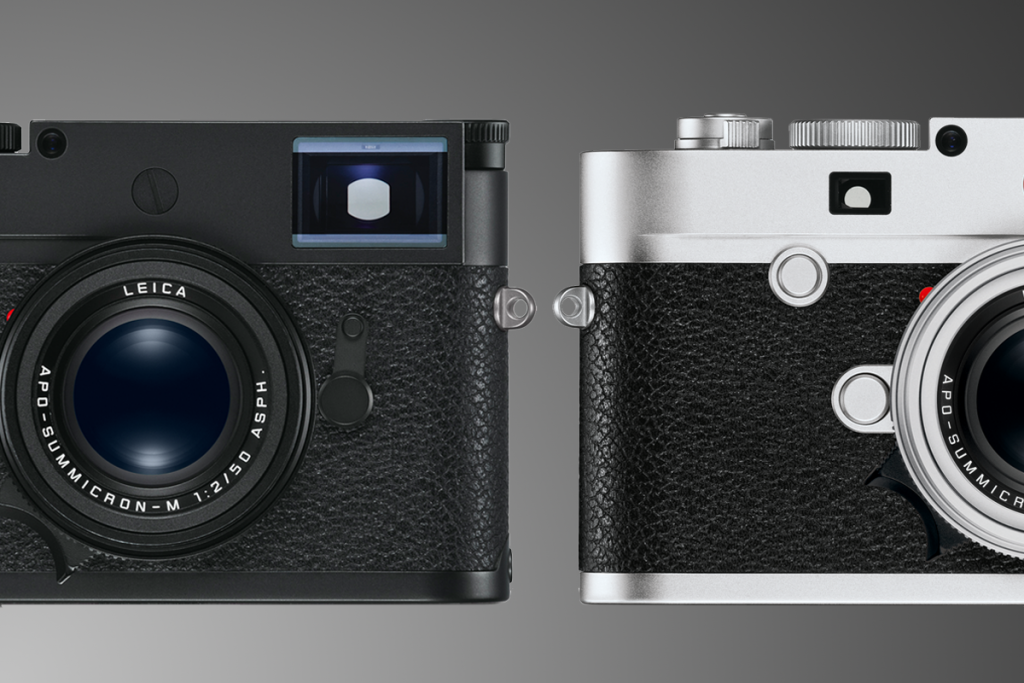 Considering its specs are pretty much the same as the Leica M10, you’re going to have to really want that quiet shutter and touchscreen to shell out that extra chunk of cash – cash that could otherwise buy you a Canon EOS 200D with kit lens.

While that quieter shutter and touchscreen are certainly nice additions, they’re there to tempt new buyers into the M series rather than convincing M10 owners to upgrade.

Of course, it’s one thing being tempted and another being able to pay £6500 for a new camera. We’ll bring you a full review of the M10-P soon to let you know whether it can possibly justify that weighty price tag.