Let’s be clear about something. Ryse: Son of Rome is a shallow, repetitive, ultimately meaningless and gratuitously violent piece of entertainment, where the lion’s share of the development time has gone into showcasing the visual capabilities of the Xbox One. It’s full of beautiful artwork and can be impressively cinematic, while the level of spectacle is off the scale, but looking for sophisticated gameplay or long-term depth here is a bit like looking for it in a callow summer blockbuster movie.

Within those limitations, however, it’s a surprisingly enjoyable game. Much as we’d like to go with the critical flow and dismiss Ryse as a stretched-out technical demo or a tedious quick-time-event extravaganza, we have to admit that it’s not just great to look at, but good fun while it lasts. 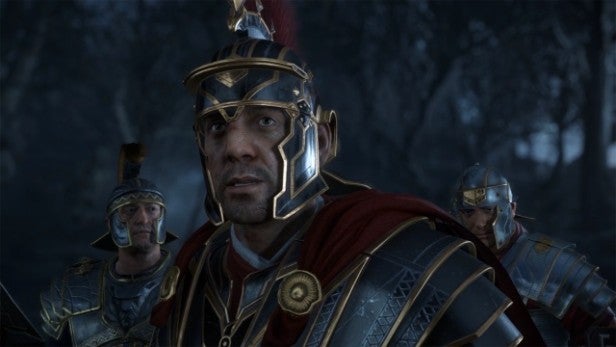 This is a sword and sandals epic in the vein of Gladiator, though the good folk at Crytek have spent even less time worrying about historical accuracy or dramatic sense, and just worked on making a ripping yarn. You play Marius, soldier son of a great Roman general, as he rises through the ranks in a campaign through Britain, and becomes unmeshed in the fall of Rome under the dissolute rule of Nero and his sons.

It’s a fairly straightforward tale of honour, courage, bloodshed and betrayal featuring a cast of good and nasty Romans, barbaric Brits and savage Scots, which pulls in figures like Commodus and Boadicea in a way that makes Assassin’s Creed look rigorous and scholarly. This doesn’t matter. You don’t play Ryse to learn about history, but to be dazzled, thrilled and entertained. Everything else is subservient to that.

Gameplay wise, it’s a kind of Call of Duty meets God of War, taking the narrow focus and heavily scripted gameplay of the former, and mixing it with the close-quarters bloodshed of the latter. Each level is little more than a string of violent encounters, pitting Marius against a crowd of barbarians, and expecting you to finish them off. Occasionally you’re asked to do something different, like lead a small force of men into battle, or blast away at your foes with a ballista, but close combat is to Ryse what shooting men hiding behind walls is to CoD. It’s the substance of the game. 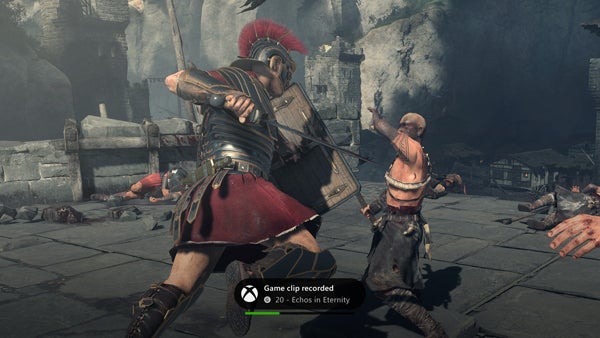 The combat system is simple, but focused heavily on timing. Marius’s key move is the block, which you pull off every time you see someone about to hit you. Pull off a block and you can counter with a quick or strong attack, the type set by how long you hold the button. You can also knock back your foes by kicking them or whacking them with a shield, and also roll out of range when they’re about to hit you with something really big.

Get enough attacks in, and the current enemy gets a neat skull icon above their head. Pull the right trigger and you kick in a finishing move, and by pressing Y when your foe turns yellow or X when they turn blue, you bring in the appropriate smacking, stabbing or slicing motion. Hitting the right button at the right time earns you extra XP points, and successful executions also give you a bonus, filling up your focus meter, regaining health or boosting your damage, depending on which perk you have active at any time.

Sometimes you’ll find yourself surrounded, and this is where focus comes into play. Press and hold the right bumper and Marius slams his sword and shield down, going into a nifty slow-motion mode where you can take out several enemies before they have a chance to counter. 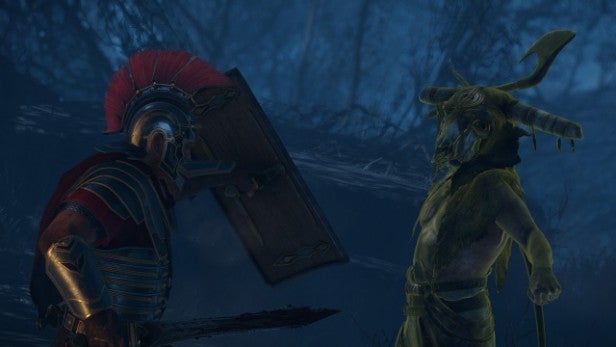 It sounds simple, scripted and repetitive, and it is all those things, but it’s also oddly satisfying, particularly once you learn to time your moves carefully, chain them together, and anticipate the colour prompts. Experience points can be spent on upgrades to health and focus, and also allow you to carry more javelins, or pila, which can be cheerfully thrown at cowardly archers. What’s more, there’s a little strategy involved, even if it’s only working out when to use your focus powers, and how to keep yourself positioned so you’re not engulfed by enemies or unable to dodge attacks.

At full speed, and particularly in slow motion, Ryse’s combat is incredibly brutal. Swords are always being thrust through torsos, limbs are regularly being lopped off, and skulls are crushed with shields or boots. Yet we have to admit that it’s kind-of cool, albeit in a way that only fans of Zack Snyder’s 300 and its various imitators will appreciate. 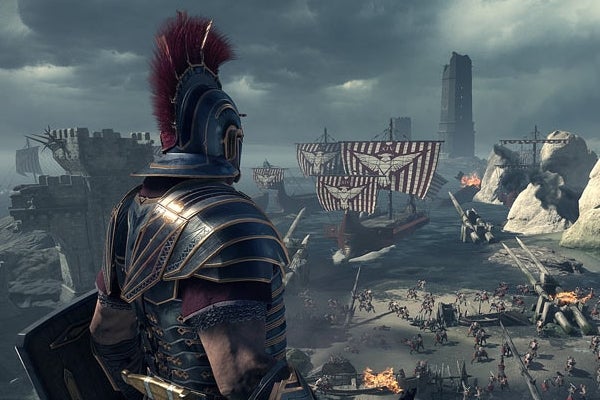 We’d like to have seen a little more of Ryse’s command sequences, where you lead your men forward, raise shields to block incoming arrow fire, then lob more pila once in range. Not only do these bits make a change from all the mutilating mayhem, they also give you a chance to shout orders at the screen in your best Russell Crowe voice – and that’s never a bad thing.

While Ryse’s gameplay is good enough to keep you engaged, what really sells the game is its mix of next-gen visuals and gritty atmosphere. Crytek has gone overboard on detail, creating a lavish vision of Rome that’s bursting with colour, texture and light. And as the action moves North to Britain, raging seas, ancient forests and creepy, torch lit marshlands maintain the high visual standards.

If you want to see what a next-gen console is capable of, then Ryse might just be your game. Big epic spectacle is what it’s all about, and from beach landings under catapult fire to battles under burning effigies to full-on siege defences, that’s exactly what Crytek has produced. If the story isn’t Shakespeare, then it has its own simple macho pleasures, helped along by some decent facial animation and solid voicework. 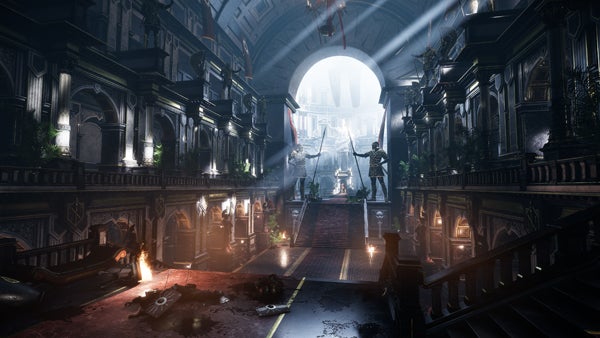 It’s not a game you’ll want to run through in one long burst, but play it level by level and there’s enough variety to keep you wanting more. The biggest problem is that once the credits roll after eight or so hours, all you’re left with is the co-op Gladiator missions, where you can play solo or with a friend or stranger, tackling wave after wave of enemies in the mighty Colosseum. There’s a bit of short-term fun to be had here, with different setups and objectives that might have you battling catapults or tackling archers, while gold earned through your bloody work can be spent on new armour and weapons to customise your fighter. All the same, it’s doubtful you’ll carry on playing it for more than a couple of weeks.

In the good old days of home cinema, there were certain films that enthusiasts bought not because they particularly loved them, but because they did a great job of showing off new kit. Ryse isn’t a great game by any stretch of the imagination, but it fulfils the same role on Xbox One. Yet while you’ll start playing it because you want to prove that a next-gen Xbox can do, don’t be surprised if you keep coming back until it’s over. Not everything has to have depth, complexity or meaning. Sometimes a bit of mindless spectacle will do.

Ryse is a big, dumb, shallow, mindless blockbuster of a game, yet one that hooks you with its epic spectacle and can be strangely compelling in short-ish doses. In the words of Maximus Decimus Meridius, “Are you not entertained? Is this not why you are here?” Ryse might not be that smart or that sophisticated, but it leaves you with a big ‘yes’ on both counts.