Find out what TrustedReviews made of the upcoming COD instalment in our Call of Duty: Ghosts review.

Originally thought to be called Call of Duty: Modern Warfare 4, Call of Duty: Ghosts is said to be the COD game for “the next generation.”

“Everyone was expecting us to make Modern Warfare 4, which would have been the safe thing to do. But we’re not resting on our laurels,” said Mark Rubin, executive producer of Infinity Ward. “We saw the console transition as the perfect opportunity to start a new chapter for Call of Duty. So we’re building a new sub-brand, a new engine, and a lot of new ideas and experiences for our players. We can’t wait to share them with our community.”

Seeing as the next COD will be released on current platforms and the Xbox One and PS4, Activision believes this is adversely affecting pre-order figures.

“As one might expect in this console transition year, pre-orders for Call of Duty: Ghosts are well below the record-setting pace set by Call of Duty: Black Ops II last year,” Activision CEO Eric Hirshberg said in a recent discussion with investors.“However, our quantitative consumer research indicates that hesitation amongst past club pre-orders is primarily due to not knowing which platform they will be playing on, which is natural at this time in the console transition.”

“It’s worth mentioning that Ghosts pre-orders are over double those of Call of Duty: Black Ops, which is the last time we launched a new sub-brand for the franchise.”

Multiplayer reveal coming on August 14
Fans will be able
to get the first glimpse of the Call of Duty: Ghosts multiplayer at a
dedicated event in Los Angeles on August 14.

To catch the multiplayer unveiling tune in at 10.30am on August 14 or 6.30pm UK time. The event will be presented by Microsoft, seemingly strengthening the relationship between Activision and the Xbox One creator.

Activision
normally unveils its Call of Duty multiplayer in September, but it
seems that the developer has made a decision to push the unveiling
forward because of the Battlefield 4 multiplayer details offered at E3. 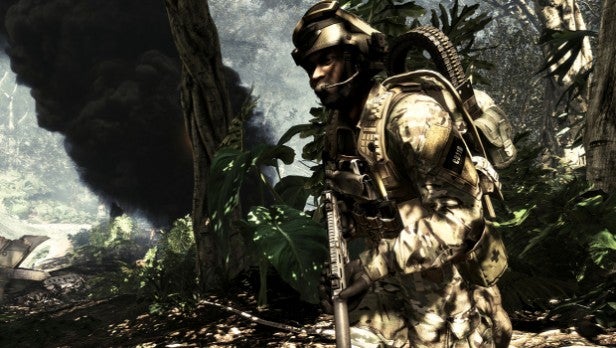 Set in a collapsing sky scraper, the Free Fall multiplayer map will be the pre-order bonus for Call of Duty: Ghosts.

Free to download for anyone hitting that pre-order button for the eagerly awaited COD franchise addition, the Free Fall map features dynamic and ever changing environmental elements as the partly demolished sky scraper collapses.

Air strikes will keep coming as you play making the map contort and forcing you to find new vantage points and siege opportunities.

“Dynamic map events change the way players approach the game, and Free Fall does a great job illustrating this new mechanic,” said Mark Rubin, Executive Produer. “As the match progresses, the geometry of the world continues to change and players need to adjust on the fly or else.”

“It’s a really fun new feature that adds layers of strategy and constantly evolving gameplay options for players. And this is just one of the many new approaches we’re putting into Ghosts’ multiplayer across the board.” 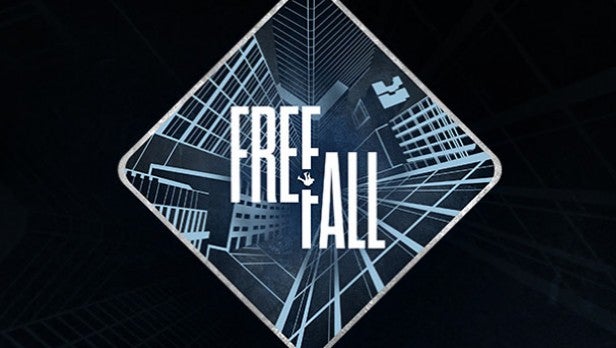 According to Activision, development of what it is calling situation AI has hit delays as teh developer is yet to receive any final hardware samples from Sony or Microsoft for the Xbox One or PS4.

In Call of Duty: Ghosts team members and opponents will react to what is going on around them, and to the squad’s newest member, Riley the dog.

However, all the new AI improvements have been held up by a lack of final PS4 and Xbox One hardware.

“We are making big strides [but] we need some hardware, some finished hardware before we can expand,” explained Executive Producer Mark Rubin. 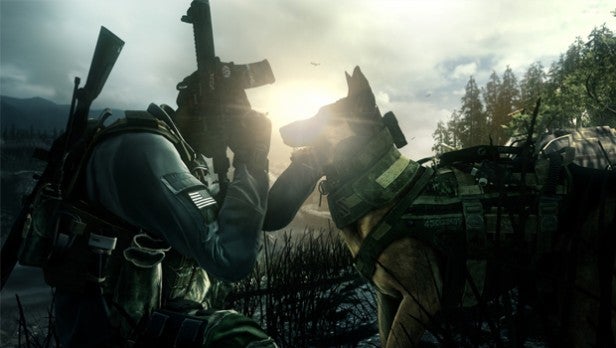 The first Call of Duty: Ghosts gameplay trailer will be officially released on Sunday, June 9 ahead of any E3 showing by Microsoft or Sony. Activision is choosing to release the first gameplay trailer prior to the annual E3 gaming conference and will showcase “an exclusive first look at gameplay levels from the title”.

Promising some “behind the scenes footage, interviews with the Infinity Ward team and more”, the Call of Duty event will start at 11am local time, British COD fans can expect the gameplay footage around 7pm BST.

Activision will serve up the Call of Duty: Ghosts first look during a dedicated webcast, with the trailer available on the official Call of Duty site alongside “additional broadcast outlets”, so we’re thinking YouTube.

We expect to see a lot more of the upcoming FPS at E3 2013, especially since it was featured in Microsoft’s Xbox One E3 trailer released earlier this week.

Read more: Call of Duty: Ghosts gameplay trailer to be unveiled ahead of E3 2013 – June 6. 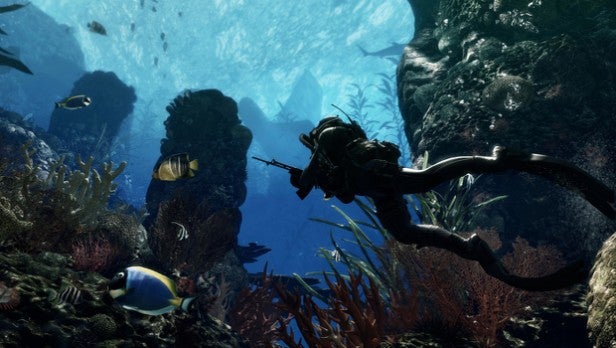 Featuring , Activision said it aims to produce a cast of characters that the player can feel more connected to. For this, the developer has brought in the writer of Syriana and Traffic, Stephen Gaghan.

Set ten years after a “massive attack” on the US, you play as a group of special forces soldiers known as The Ghosts. “You are the underdog fighting back against a superior force.”

What’s a huge new addition to the Call of Duty: Ghosts squad is their new canine companion. The first COD game to feature a dog, the mutt will aid the team by sniffing out explosives and protecting the soldiers in other, as yet undisclosed, ways. 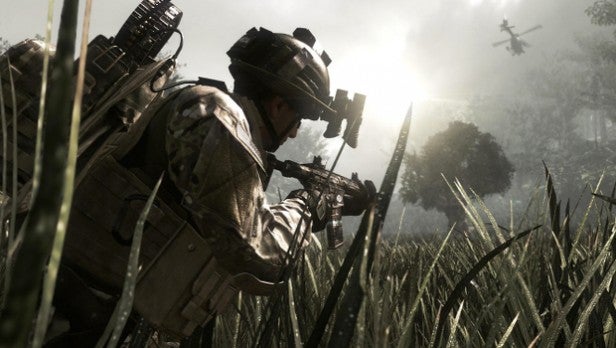 Said to be a key aspect as to how players strategise throughout the game, we can see many a level where the squad will have to protect their new canine buddy.

Stating that the key word for the new graphics engine is “immersion”, the Call of Duty: Ghosts developers say this game will have the best graphical fidelity of any in the series. Characters now automatically leap over any low cover in their way and can intelligently lean in and out of cover. New AI technology also allows for a more responsive environment, including fish that will intuitively move out of your way as you near them.

Also revealing “just two of the new features coming to the next-generation of Call of Duty multiplayer”, Activision explains the new dynamic experience and character customisation.

Similar to Battefield 4, Call of Duty: Ghosts multiplayer will introduce a new dynamic experience driven by large scale events like floods and earthquakes, but also by smaller player-driven incidents like buildings collapsing from explosions.

Read more: Call of Duty: Ghosts given world première at Xbox One reveal

Call of Duty: Ghosts will introduce voice commands via Xbox One Kinect

CEO of Activision Publishing, Eric Hirshberg, has also confirmed in a separate interview that anyone playing the game on the Xbox One will be able to use voice commands to direct their squad.

“We think the improvements to Kinect really excited us because of the level of responsiveness and detail”, said Hirshberg. “I thought that the demo they did with the voice commands on television, the instant changing between games and music, was really compelling. You’ll see more of this coming from us as we get closer to the launch.” 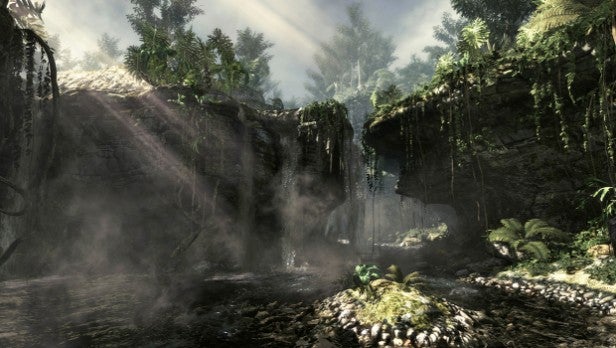 Activision has confirmed that a Call of Duty: Ghosts release date is scheduled for November 5, shipping on current generation Xbox 360 and PS3 consoles as well as PS4 and Xbox One.

Fans are so eager to get their hands on the game that just 24 hours after Activision officially unveiled Call of Duty: Ghosts, the game soared straight to the top of the charts for Amazon pre-orders. Six months before the game will ship to consumers, the game is currently occupying the number one and number two spots in the gaming chart for the Xbox 360 and PS3 versions respectively on Amazon UK.