MWC 2020 might have been cancelled, but Huawei is still announcing a slew of new tech today that covers everything from foldable phones to laptops.

The highlight of the bunch is the Huawei Mate Xs – an update to the brand’s foldable phone that didn’t manage to get a proper UK release. The Xs looks virtually the same as the Mate X however a fair bit is going on that could make this a real rival to the Samsung Galaxy Z Flip and Motorola Razr.

Huawei has said it has updated the strength of the quad layer plastic OLED display, which should hopefully help this avoid common issues we’ve seen with other foldables. The Falcon Wing hinge has been altered slightly too and it feels firmer when you’re folding the screen out.

That folding screen remains the same size: 8-inches when folded out in the tablet mode, and then 6.6-inches on the front and 6.38-inches on the back. While we’ve seen a few variations of the foldable formula since the original Mate X, this interpretation remains our favourite as it doesn’t feel like it sacrifices the actual phone. 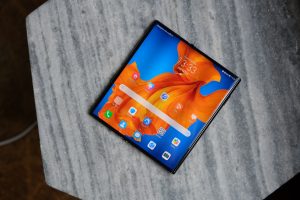 Most of the updates for this Xs model come internally. There’s the latest Kirin 990 5G chipset powering it and giving you access to the latest super-fast data network along with a camera system that’s similar to the one on the Huawei Mate 30 Pro. This includes a main 40-megapixel sensor with an f/1.8 lens paired with a telephoto and ultra wide for added versatility.

We’ve spent a few hours with the Mate Xs and you can read initial thoughts in our hands on Mate Xs review. Pricing and release date remains TBC at this time.

Huawei has also announced a high-end Android tablet that packs many of the features you’ll find on the iPad Pro – including a magnetic stylus that attaches and wirelessly charges on the top of the tablet. 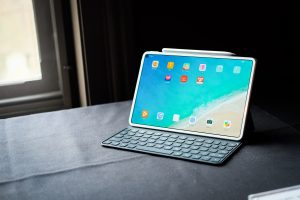 The MatePad Pro runs on the same Kirin 990 chipset and, like the Mate XS, is a 5G connected device. It packs a 10.8-inch colour accurate panel with an odd holepunch notch, quad speaker array and can be picked up with an orange or green vegan leather back.

As with the phone, pricing for this tablet remains a mystery. However we do know you’ll have to buy the keyboard and M Pencil stylus separately and we doubt it’s going to come much cheaper than Apple’s iPad Pro.

Of course, both the tablet and foldable phone ship without access to the Play Store thanks to the ongoing Google ban so you’ll have to find alternative methods if you want to download and use your favourite apps. These devices probably aren’t for you if you’re heavily entrenched in the Google ecosystem, but they both are seriously intriguing products nevertheless.

No wonder Huawei hadn’t pulled out of MWC before the decision was made to cancel as it seemed like its show was going to be absolutely full of tech. We also got a first look at the next-gen MateBook X Pro – the brand’s absolutely gorgeous flagship Windows 10 laptop. 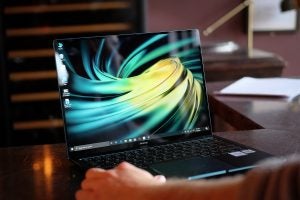 It’s a modest update for the laptop this year, with a new Emerald Green colour added and 10th gen Intel i7 processors available too. Other features include a 2K display with a reported 100% sRGB coverage and 450nits of brightness, a faster fingerprint sensor and that handy webcam buried inside a function key.

Finally, Huawei also showed off its Sound X speaker. This has previously been exclusive to China and has been created in partnership with audio brand Devialet.