The Huawei P30 Pro recently took over from the Huawei P20 Pro as the troubled Chinese manufacturer’s lead flagship phone. But does it represent the meaningful upgrade that we had hoped for?

Huawei has made a name for itself by producing high-end phones that really push the boundaries on hardware and features – particularly when it comes to smartphone photography.

You could argue that things really started to click with the Huawei P20 Pro and its immensely flexible triple-camera system, which helped earn it the Trusted Reviews Phone of the Year 2018 award. The Huawei P30 Pro continues the good work with what we reckon is the best smartphone camera in the business.

It’s no spoiler to say that the Huawei P30 Pro is a better phone than the P20 Pro in all the ways that count. But with the latter now available for a hefty discount (there’s as much as a £300 price disparity at the time of writing), is it really that much better?

And to address the elephant in the room, yes, we’re going to put Huawei’s political troubles aside for now. Whatever the company’s future holds, this is a pure celebration of its undoubted smartphone prowess.

On the flip side, the P20 Pro display is a little more pixel-dense at 408ppi vs 398ppi. It’s a tiny difference, though.

Most importantly, both screens are of excellent quality. They’re bright, vibrant, and colour-accurate, though neither could claim to be the absolute best of their generation.

Both phones run on processors from Huawei’s own chip-making subsidiary, HiSilicon. The P30 Pro runs on a newer and faster Kirin 980, however, with the P20 Pro packing a Kirin 970. It’s a real generational shift, with the Kirin 980 built using a 7nm process, which is much smaller and more efficient than the 10nm Kirin 970.

There’s a slight disparity in RAM, too, with the Pro 20 backed by 6GB and the P30 Pro packing 8GB as standard. 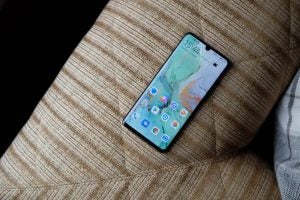 That advantage is largely theoretical, though. When it comes to day to day usage and even advanced tasks like gaming, these are both fluid, fast smartphones. You’d have to look very closely to tell them apart on performance alone.

On the battery front, the P30 Pro’s 4200mAh unit brings it out slightly ahead of the 4000mAh P20 Pro. Given its larger display, that’s not really an advantage as such.

Such small differences really don’t matter, because both phones are able to hit that magic two day battery life goal. These are two of the longest-lasting phones in the business.

Huawei’s Super Charge fast-charging feature is one of the best around too, though the P30 Pro’s 40W standard outstrips the P20 Pro’s 22.5W equivalent. The newer phone also benefits from reversible charging, so you can literally charge another device off the back of it.

Both phones have a front-mounted fingerprint sensor, though the P30 Pro positions it within the display. The P20 Pro’s solution is in a more traditional location, just below the display. While the in-display version is flashier and more space-efficient, it’s not quite as fast or reliable as the traditional method – a rare win for the P20 Pro.

These are two extremely handsome smartphones, both featuring glass surfaces and metal rims. But the P30 Pro benefits from the most high-end feel of any Huawei handset to date.

Unlike the P20 Pro, the edges of the P30 Pro’s screen curve off at the edges, rather like the Samsung Galaxy S10. With minimal bezels and the aforementioned in-display fingerprint sensor, the P30 Pro has a higher screen-to-body ratio than its predecessor (88.6% vs 82%).

It means that the P30 Pro is actually fractionally narrower, despite its larger display. However, it’s also half a millimetre thicker and 12g heavier. 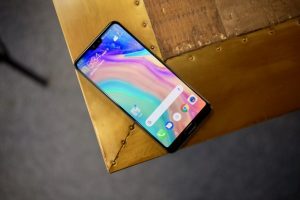 Add a more pronounced curve to the rear edges, and you have an extremely smooth and rounded device that’s pleasant yet precarious to hold. The P30 Pro is just a little too slippery for its own good.

If you dropped it in a body of water, however, the P30 Pro would fare better than the P20 Pro. It’s got an IP68 rating, which is superior to the older phone’s IP67 rating.

We do prefer the newer phone’s dewdrop notch, too. It’s way more subtle than the P20 Pro’s fatter, more angular example, which now seems like a relic of the iPhone XS era.

Huawei really stepped up its camera game with the P20 Pro, offering the very first triple camera set-up. These days, every new phone seems to boast such a feature.

Never one to stand still, the Huawei ramped things up further with the P30 Pro. It’s another triple-camera set-up, but with a 40-megapixel f/1.6 main sensor, a 20-megapixel f/2.2 ultrawide (rather than monochrome), and an 8-megapixel f/3.4 telephoto sensor. This is joined by a ToF (Time of Flight) sensor for additional depth information. 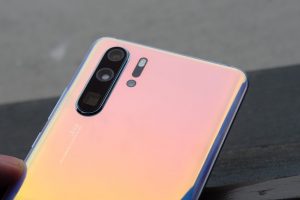 But it’s that telephoto lens that represents the real advancement in the P30 Pro. It features cutting edge periscope lens technology that enables an optical 5X zoom. That’s unprecedented in smartphones.

Both are hugely versatile shooters, but the Huawei P30 Pro is next-level. It takes phenomenal night shots – way better than even the Pixel 3 – and highly detailed zoom shots. It’s also very accomplished in normal daylight conditions.

In head-to-head comparison shots, we found the P30 Pro’s shots to be brighter and generally better exposed, even if detail and sharpness were pretty similar.

The Huawei P30 Pro is available right now at a cost of £899, which is a competitive price for a top-end smartphone. However, the year-old Huawei P20 Pro can currently be obtained for around £570. That’s more than a £300 difference between the two Pro models.

The Huawei P20 Pro was our phone of the year for 2018, and the Huawei P30 Pro is in contention for the same prize in 2019 (again, taking Huawei’s troubles out of the equation). These are two excellent phones that are among the best of their generation.

That naturally means that the Huawei P30 Pro is the better phone, with a marked leap in performance, design, and photographic capabilities. But if none of those things are a burning concern to you, the Huawei P20 Pro marks a tempting alternative. It does most of the same things to an only slightly worse degree, but for around £300 less.