Emerging from relative obscurity just a few short years ago, Chinese manufacturer Huawei has since become a force to be reckoned with in the west, and IFA 2018 was no different. The Huawei AI Cube was one of the firm’s biggest announcements, serving as both an Alexa-powered smart speaker and 4G router but there were other interesting entries including world’s first 7nm mobile processor, the Kirin 980, along with a personal location tracker.

The firm also used IFA to announce new colourways for its Huawei’s P20 Pro smartphone and we grabbed a sneak peek at the upcoming Huawei Mate 20 Lite.

Read on for everything you need to know about Huawei’s lineup from Europe’s biggest technology show. 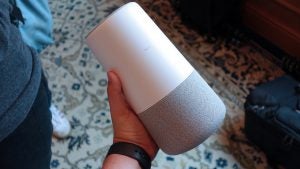 Huawei’s AI Cube is an intriguing proposition. At first glance, it looks like little more than another Alexa speaker (and not a cube-shaped one at that), but look at the specs and you’ll see this is a full-on LTE router complete with 802.11ac Wi-Fi for getting the rest of your devices hooked up to the internet.

You’ll need to insert a 4G SIM card to get the LTE functionality working, but after that, you’ll be left with a device that could potentially get your whole home connected to the internet, as well as a speaker that can do everything an Amazon Echo can do.

There’s no word yet on a price or release date, but it’s a very intriguing product that we can’t wait to get into our labs and try out for ourselves. 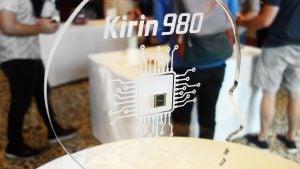 There are actually more firsts in the 980’s possession but if you want to full low-down of what it’s capable of and how it stacks up against its predecessor, the Kirin 970 and Qualcomm’s Snapdragon 845, check out our full explainer.

Related: Everything you need to know about the Kirin 980 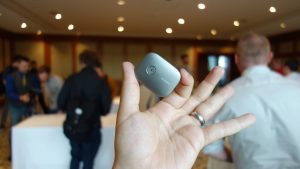 The Huawei Locator was a surprise entrant in this year’s haul; a small dongle that’s designed to be able to pinpoint your location wherever you are on the globe thanks to its support for four different global navigation satellite systems (GPS, GLONASS, Galileo and Beidou).

An SOS button allows you to ping your location using the device, while geofencing generates an alert when the device moves into or out of a certain location. Finally, BLE Found is a service that will cause the locator to buzz when it moves out of range of a paired smartphone (allowing it to work as a potential theft deterrent).

Huawei wasn’t yet ready to announce a price or release date for the locator. 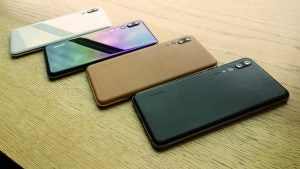 Along with the gamut of new hardware Huawei unveiled at the show it also decided to expand its line of Huawei P20 colourways. Adding to the existing gradient-backed options came two new shades: a pearlescent white model, aptly named Pearl White and a more intense-looking variation on the already-popular Twilight finish, strangely named Morpho Aurora, apparently named after the Morpho butterfly.

In addition, there are now two leather-backed versions of the Huawei P20 Pro out there; the tan version features gold metal trim around the phone’s edge, whilst the black leather version uses silver trim. These leather-backed versions are also thicker than their glass-backed counterparts, eliminating the phone’s camera bump and featuring embossed logos and type. Both boast 8GB of RAM and a whopping 256GB of internal storage.

All four new versions are slated for a September 5 launch in Europe, with the two gradient-backed versions costing the same as the current phone P20 and P20 Pro handsets already available, whilst the beefier leather-backed P20 Pros will sell for a whopping €999 (approximately £895/$1160). 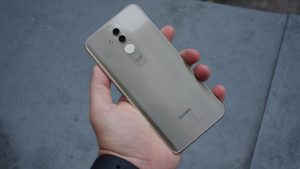 While the Huawei Mate 20 Lite wasn’t announced on stage during the opening IFA keynote, Trusted Reviews was able to go hands-on with the phone behind closed doors. We’d seen a couple of leaks and rumours doing the rounds for several months ahead of its reveal, and last week Vodafone UK even took the unusual step of announcing the phone before its manufacturer.

Now, however, the phone is official and it’s the first device to be launched from the Mate 20 series (which is expected to eventually consist of three devices alongside the Mate 20 and the Mate 20 Pro).

Related: Everything you need to know about the Huawei Mate 20

The Huawei Mate 20 Lite will be available to buy from £379 starting September 5.

What do you think of Huawei’s lineup at this year’s show? Let us know @TrustedReviews.