Aside from the expected performance improvements over its predecessor, the Kirin 970, Huawei’s also shaping up to be the first company with a 7nm chipset in a smartphone.

Here’s everything you need to know about the Kirin 980 and where it’ll likely show up first.

Not only does the Kirin 980 hold a lot of firsts for Huawei but it also showcases some new technologies that we’re yet to see in the mobile space; starting with the fact that this is the world’s first Cortex A76-based mobile CPU.

Huawei’s been researching its particular brand of 7nm manufacturing for the past 18 months, moving from initial discussions with engineering partners in 2015 to IP unit construction taking place a year later. It reached engineering validation by 2017, and in 2018, is now mass-production ready.

Using a 7nm process grants the 980 a significant bump in performance over its predecessor across the board. There are now some 6.9 billion transistors on the chip (that’s a 1.6 times increase according to Huawei) and it’s up to 20% faster while requiring 40% less power. Collectively, this grants the Kirin 980 a 75% performance improvement and 58% greater power efficiency overall (factoring in its GPU improvements too) compared to the 970. 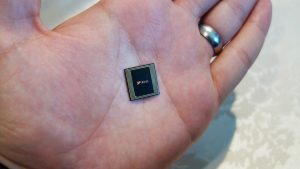 It uses a new triple cluster design with its eight cores divided into three groups. Rather than leveraging a more conventional bigLITTLE architecture, the 980 boasts two big A76 cores (clocked at 2.6GHz), two ‘middle’ A76 cores (with a 1.92GHz clock speed) and four little Cortex A55 cores (1.8GHz). This more nuanced approach allows the 980 to more efficiently scale performance based on better AI load prediction; a basic task like music playback will only make use of the small cores, social media usage, such as Instagram, may call in the help of the middle cores, while intensive tasks like gaming will draw on the big cores as needed.

Speaking of gaming, this is also the first chip to sport a Mali-G76 GPU which promises to deliver a 46% improvement in performance and up power efficiency by a whopping 178% when compared gaming using the Mali-G72 MP12 featured on the 970.

Continuing on from the AI efforts spear-headed by last year’s chip the 980 is the first SoC to pack in a dual NPU (neural processing unit) or “dual brain”, which in Huawei’s lab tests outpaced Qualcomm’s Snapdragon 845 in image recognition tasks, handling 4500 images per minute compared to the 845’s rate of 2378 in the same time frame.

It’s not just the AI chip that Huawei has doubled-down on; the 980 also utilises the company’s new fourth-generation dual ISP (image signal processor) which promises to deliver 46% faster camera processing, 23% greater recording power efficiency and a 33% improvement in recording efficiency. 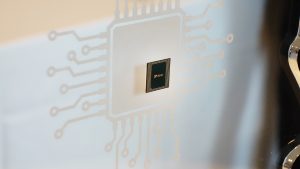 You can also expect more accurate positioning thanks to dual-frequency GPS that leverages the L5 band as well as the L1 band as used by the Kirin 970. The collective effect is a promised ten-fold improvement in location accuracy, so your Uber will have no excuse parking on the opposite side of the street to you.

If raw speed is more your bag, then the Kirin 980 also has something for you. It’s the world’s first chipset to integrate both a Cat.21 LTE 1.4Gbps modem and blazingly snappy 2133MHz LPDDR4X RAM. Huawei was also quick to point out that it trumps the Snapdragon 845 with 10 times greater video streaming performance whilst on 4G when moving at speed (their test used a high-speed train). It doles out greater bandwidth than the 845 and Huawei’s own Hi1103 WiFi chip supports a throughput of 1732Mbps, almost double that of what the Snapdragon can muster.

It’s as if Huawei designed the Kirin 980 specifically to trounce Qualcomm’s current top mobile chip in every area, which isn’t all that surprising but does beg the question, what will the Snapdragon 850 be able to do in response?

Related: Everything you need to know about the Snapdragon 850

Honor might have teased its Kirin 980-toting Honor Magic 2 ahead of the Huawei Mate 20 and Mate 20 Pro’s formal launch but now that the latter devices are officially announced, it looks like Huawei was still able to get its chip to market in a phone under its own branding ahead of its upstart sibling’s competing 2018 flagship.

Is the Kirin 980 appealing enough to tempt you to buy a phone that uses it? Let us know @TrustedReviews.