The smart speaker industry is booming, and Google played a great early hand with the launch of the Google Home. But at £129, it’s hardly a cheap gadget to pick up on a whim.

Announced at the Pixel 2 event on October 4, Google says the device will cost just $49 (UK pricing TBC). Pre-orders start today and it goes on sale on October 19.

This Google Home Mini will be a direct competitor to the Amazon Echo Dot, which is a diminutive (and cheaper) spin-off from Amazon’s Alexa-powered Echo smart speaker. It’ll give Google a chance to flog speakers at a newly-lowered price point, and make it cheaper for us all to kit out our homes with smart AI tech.

Read on for all the details. 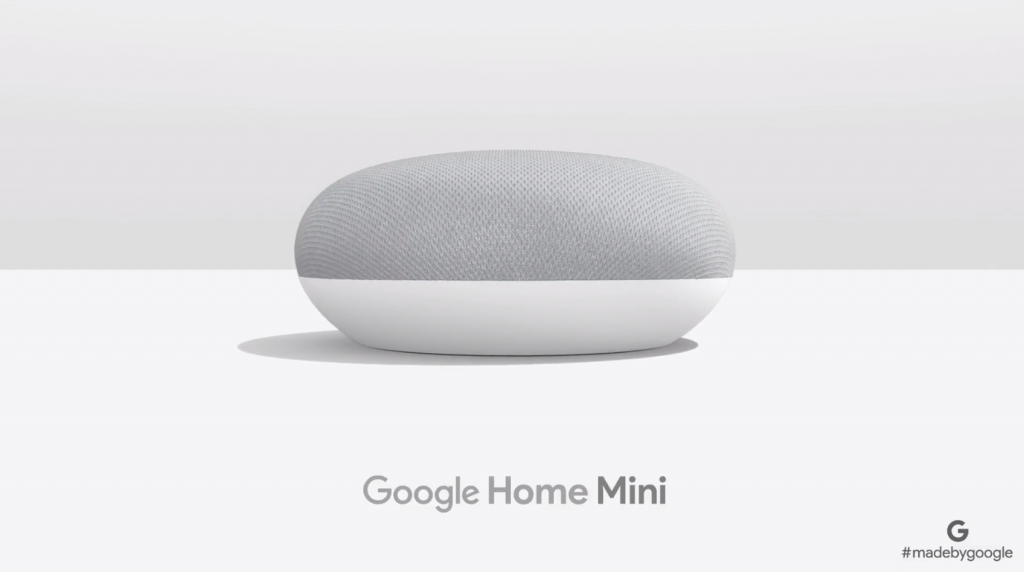 The original Google Home was announced back in May 2016, and then launched in the USA in November that same year. It eventually made its way to the UK in April 2017, followed by Australia, Canada, France, Germany, and Japan later in the year.

Thankfully, Brits won’t have to wait as long for the Google Home Mini. Pre-orders start today with an on sale date listed for October 19 in the US, UK and all 7 territories where Home is currently available.

Pre-launch leaks proved accurate. The Home Mini is a circular device with a short profile. It has no edges or corners and is designed to take a discreet place anywhere in the home.

Google has chosen to launch the device in three colors’ Coral, Chalk and Charcoal, which are designed to suit any home decor. The bottom of the device appears to be a smooth, white plastic.

The top of the device is enclosed by a transparent fabric which enables both light and sound to escape, while also hiding the tech within the Home Mini.

Google says it developed the fabric especially for the Home mini, right down to a brand new kind of yarn. It said 157 shades of gray was used for the Chalk colour. 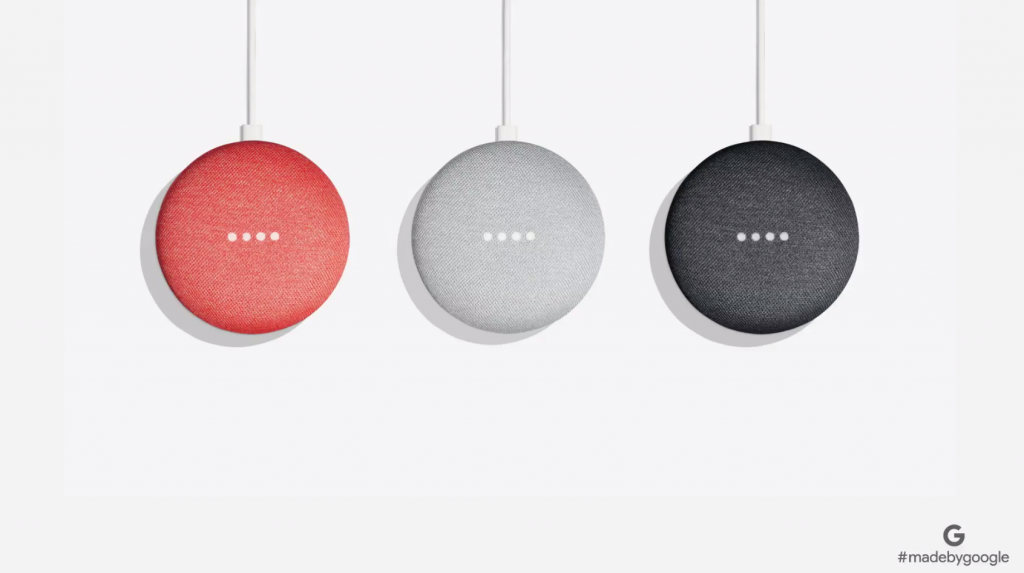 Unlike the original Google Home, which used a circular LED array and lights in the company’s colors when utilizing Google Assistant, the Home Mini features a strip of four white LED lights. These will still indicate when you’re communicating with the Google Assistant.

It will also respond to your touches, as you play/pause music and alter the volume.

Just because the design is much smaller than its predecessor, Google says there’s no reason to sacrifice sound. The company says we’ll be surprised by the sound quality from the device, which benefits from 360-degree sound projection.

We’ll reserve judgment in that until we’ve given it a try ourselves, of course.

Just like it’s processor, the Google Home Mini is powered, so it’ll need to be plugged into the mains at all time.

The full-sized Google Home speaker currently retails at £129 in the UK and $129 in the USA. 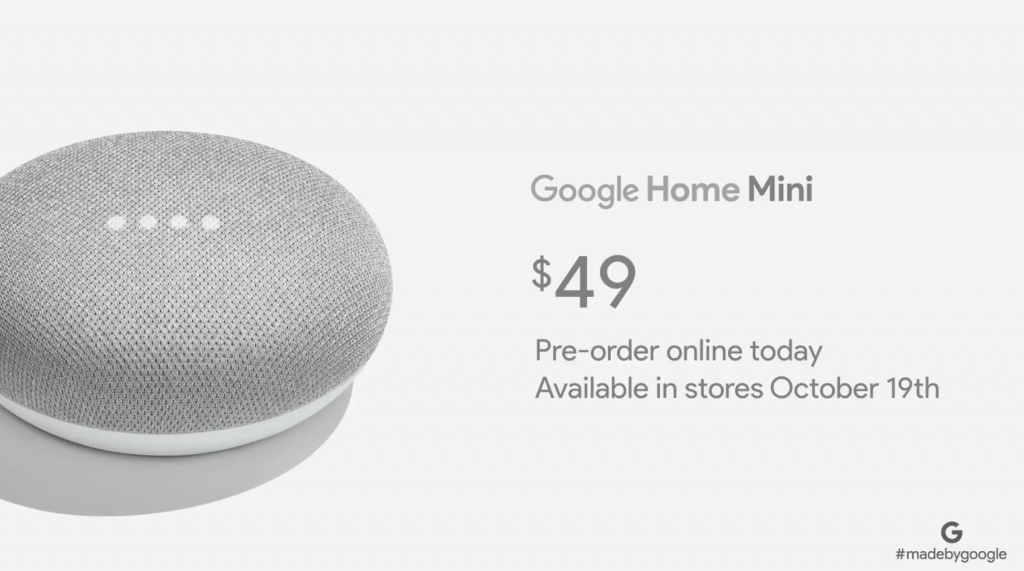 For contrast, that’s marginally more expensive than the rival Amazon Echo Dot, which is selling for $44.49 in the USA right now. However, it’s the same price as the Echo Dot in the UK, with current pricing set at £49.99.