Remedy Entertainment is back after the ambitious yet underwhelming launch of Quantum Break back in 2016. The time-bending shooter presented some fantastic time-bending powers and kinetic gunplay, yet failed to blend them effectively into a story template that wasn’t sure what to do with it self.

Acting as a multiplatform release, Control is in a position to expand upon the mechanics of Quantum Break, albeit in a wilder and more paranormal fashion. Either way, it looks be brave, strange and exactly what we’d expect from Remedy Entertainment.

Trusted Reviews has compiled everything you need to know about Control including all the latest news, release date, gameplay preview, trailers and more!

Control trailers – how does it look?

We’ve compiled one of the latest trailers for Control below:

Control immediately took me back to a time where someone threw a bin at me during a biology lesson in school. That’s a really weird comparison to make, but it sprung to mind as I finally went hands-on with Remedy Entertainment’s latest project. It does a phenomenal job of presenting kineticism in a physical space, throwing you into a sprawling environment with ample powers to experiment with.

Following in the footsteps of the polarizing Quantum Break, this sci-fi adventure adopts the former’s physics-bending technology and pushes it further than ever before. It feels wonderful to play, satisfyingly intuitive as you float about a mysterious facility that bends both to and against your will. It’s thrilling, and now one of my most anticipated titles of 2019. 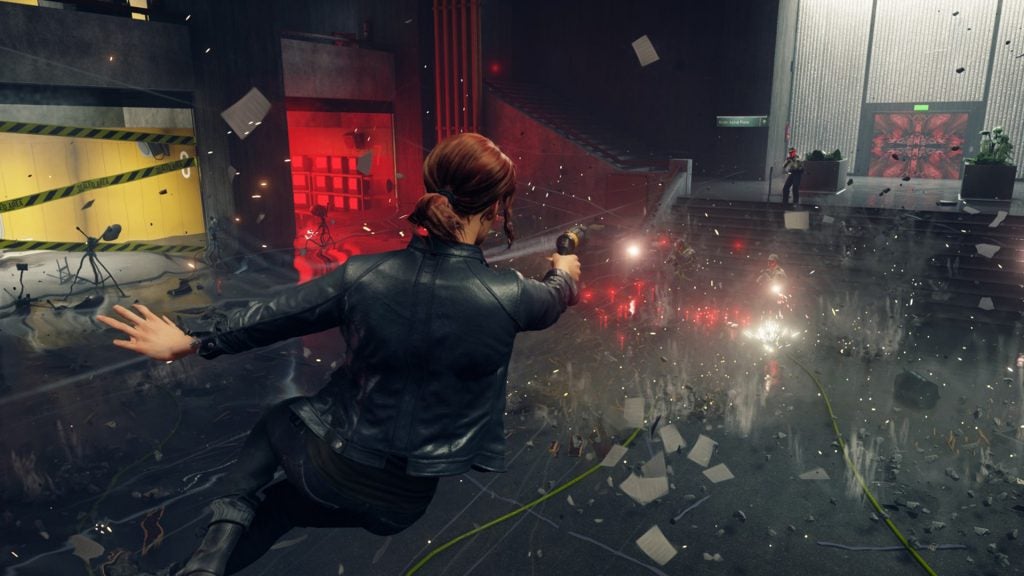 You play as Jesse, a young woman who gained supernatural powers during a traumatic childhood experience. Obviously this has left some scars, and she now seeks answers from the Federal Bureau of Control, a government agency awash with corrupt secrets. This leads her to The Oldest House, a strange building located in New York.

Upon arriving, things descend into chaos as a paranormal force known as The Hiss takes over, possessing the building’s occupants and transforming it into an otherworldly hellscape. As The Director, you must put a stop to this threat while slowly piecing together answers from your past.

Control feels like an amalgamation of everything Remedy Entertainment has done before this. Max Payne’s movement is combined with Quantum Breaks time-bending telekinetic powers, combining to create a third-person control scheme at the top of its craft. It’s a joy to play, and I saw myself blowing away enemies with nearby furniture within seconds.

The demo I had a chance to play wasn’t focused on the narrative, instead throwing me into a huge environment with multiple paths to explore. I was encouraged to do whatever I liked, absorbing the level’s many details and secrets at my own pace. So off I went, although it wasn’t long until I stumbled into a firefight. 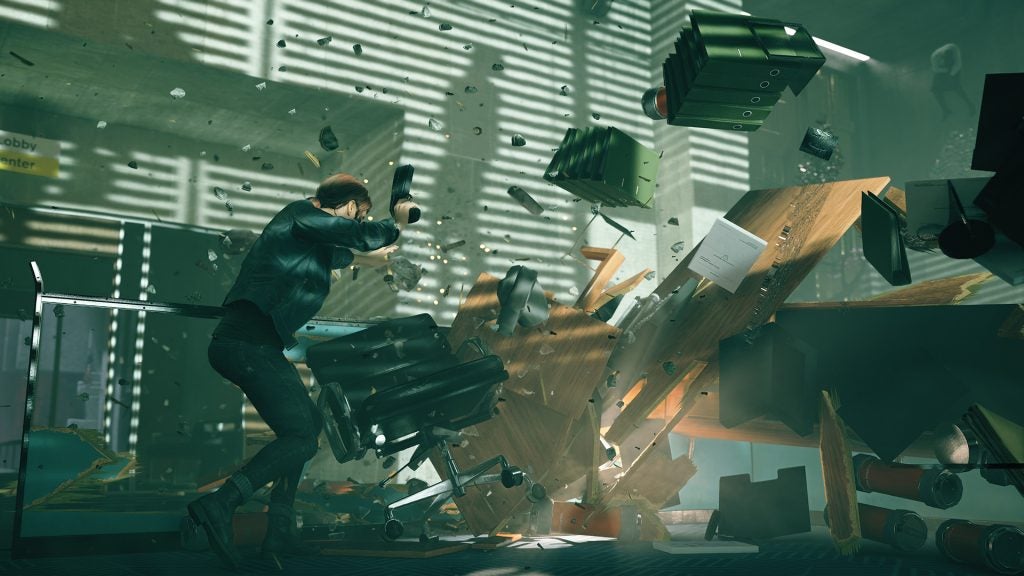 Jesse’s repertoire of abilities are spectacular. She’s capable of tearing almost every object in the environment from its resting place, using it as a makeshift weapon to hurl at possessed foes. Whether it’s a nearby rubbish bin, sculpture or a lump of rock from a nearby wall, it can be used to her advantage. I felt undeniably badass as I pulled a trophy from its case in a blast of shrapnel and glass.

The destructibility is some of the best I’ve ever seen in the genre, uncompromising in its chaotic detail. During the demo I rushed into an office filled with all manner of documents and apparatus. Obviously I was keen to make a mess. I picked up a desk and launched it at a nearby collection of filing cabinets.

The resulting explosion was wondrous, producing a storm of wild papers and stationery. Obviously, this isn’t all for show, and comes into play during conflict. I was soon stood in an atrium before being ambushed by a flurry of enemies. I pressed the shoulder button, pulling chunks from a nearby wall to form a physical shield around me.

I was untouchable, moving forward before bursting my shield outward to damage my adversaries. Once vulnerable, it was time to pick up a nearby vending machine and send it flying. A touch of a button also launches our heroine into the air, perfect for surprise encounters and slamming onto enemies with a vicious ground attack. 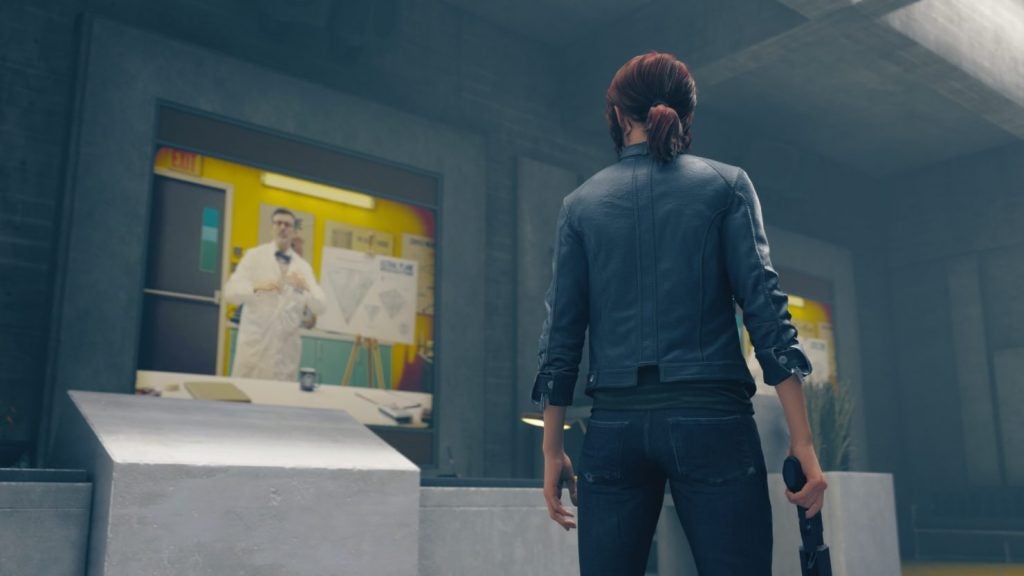 Psychic powers aren’t your only means of fighting back. Jesse also has a firearm known as the Service Weapon. It can transform at will, adopting different properties as it changes. It had two distinct forms in the demo, one acting as a machine pistol while the other delivering a brutal blast after charging up for a few seconds.

Like much of Control, the feedback from firing this weapon feels fantastic, and watching it transform naturally with the touch of button is a visual treat. Remedy Entertainment has really nailed the look and feel of everything here, staying true to what came before it while ambitiously building upon it.

It’s a shame that I was confined to a relatively small area with seemingly infinite baddies, since it made moving away and exploring the world a tad difficult. Remedy told me The Oldest House in non-linear in its design, taking inspiration from Metroid and Castlevania, with plenty of secrets waiting to be discovered.

Fast Travel points are dotted about the map, meaning you’re free to return to old haunts in search of previously unreachable places. Many of these are ripe with puzzles and intel that serve to flesh out Control’s narrative, which is mighty intriguing before you even start carving out extra context from side missions. 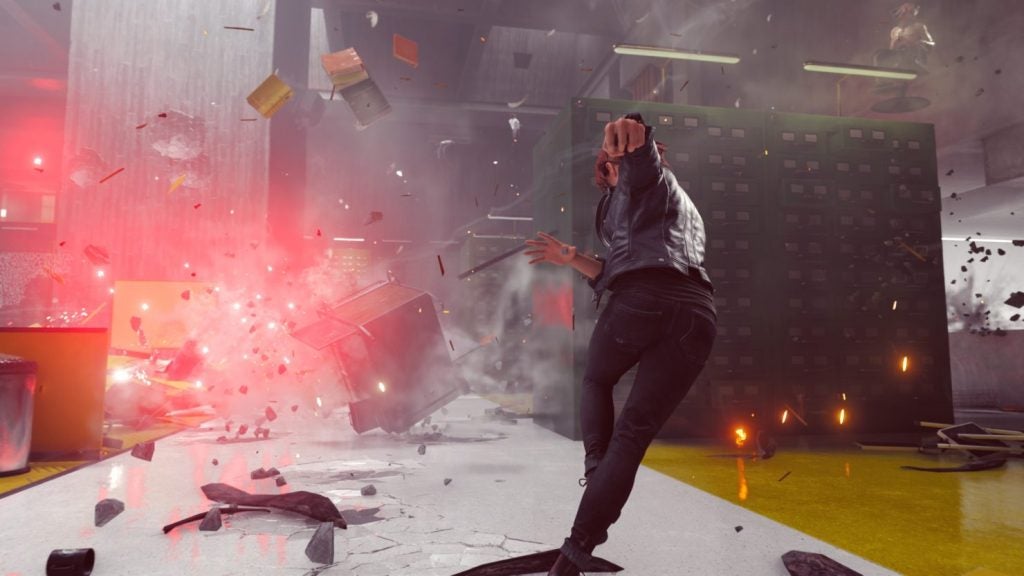 Jesse and her arsenal can be upgraded and customised with a series of mods. These adjust health, damage and other attributes to your liking. However, you’ll need to craft them yourself or defeat challenging enemies to earn the best of the best. A lot of the stuff I saw was placeholder, but it teases an exciting route of character progression for a third-person shooter.

You start off with a rudimentary set of abilities before mixing things up later into the campaign. And you won’t just stumble upon them willy-nilly, either. New skills are obtained by hunting down Objects of Power, unique artefacts that transport you to the Astral Plane.

Here, you’ll be tasked with a puzzle or combat encounter that puts a new ability to use, ensuring your familiar with it before adding it to your inventory. I found this to be a really clever addition, even if the absurdly grey colour scheme of the Astral Plane left a little to be desired.

Remedy told me that some powers might go undiscovered if you fail to abandon the beaten path, which is a bit unusual for third-person shooters like this, which is no bad thing. 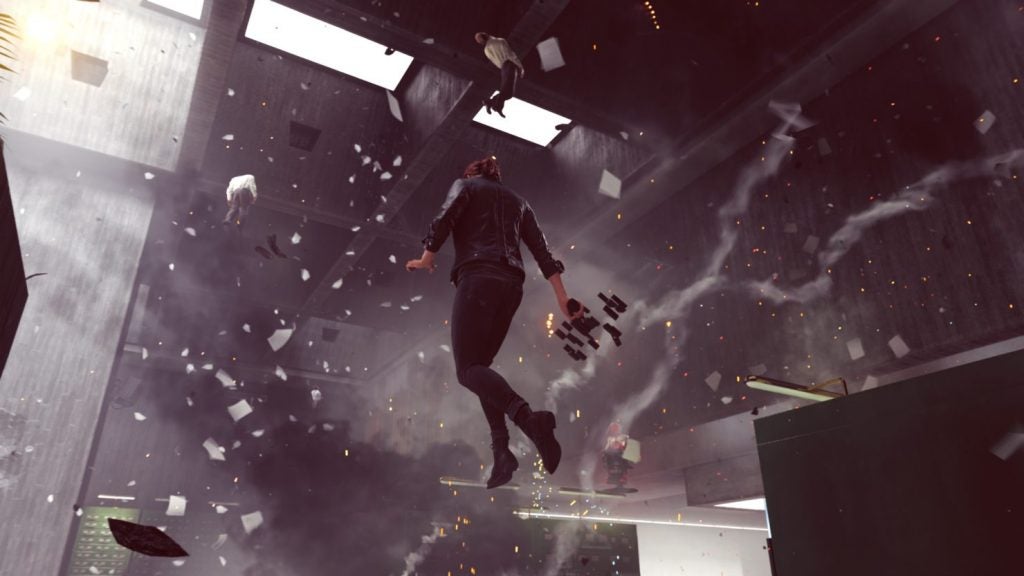 Remedy Entertainment is really onto something with Control. It absolutely nails the eery, supernatural tone it strives for while pushing third-person action in an exciting new direction.

I was genuinely blown away by some of the physics-bending destruction I was causing, turning a pristine facility into one of unfiltered chaos within seconds.

While I’m yet to see the full breadth of the narrative, Jesse herself has a compelling backstory with plenty of opportunity to grow. I just hope it doesn’t descend into a generic “stop the evil corporation” tale and little else.

Control release date – when is it coming out?

Remedy Entertainment has confirmed that Control will launch for PS4, Xbox One and PC on August 27, 2019. On PC, it will be releasing as an Epic Games Store exclusive, foregoing Steam like a number of other titles in recent memory.