Welcome to Fast Charge, our weekly column exploring one of the biggest mobile stories of the moment. This week, we’re looking at the latest rumours surrounding Samsung’s next super-phablet, the Galaxy Note 10.

Before we dive in, rest assured that we’re also talking about recent developments surrounding the Huawei block by the US government as well. For that, head on over to one of our other new staple features – this week’s Winners and Losers.

If you’re not familiar, Samsung’s Galaxy Note line sets itself apart from the company’s other flagship phone series – the Galaxy S line – in a few key ways. Note devices usually boast a larger display, larger battery, an integrated S Pen stylus and an enhanced camera setup compared to their S-branded counterparts from the same year.

With the Galaxy S10 family putting the kibosh on the bezels and instigating hole-punch cameras, both traits are expected to also appear on the Galaxy Note 10. Samsung’s take on the hole-punch is branded as its ‘Infinity O display’ and while the S10 devices’ front cameras sit in the top right-hand corner of each phone’s screen, placement is expected to differ on the new Note.

The source: According to frequent leak source IceUniverse and corroborated by fellow known tipster, OnLeaks (both via Twitter), the Galaxy Note 10 will feature a hole-punch camera on the front, but unlike the S10 series, will have it positioned centrally along the top edge of its display. 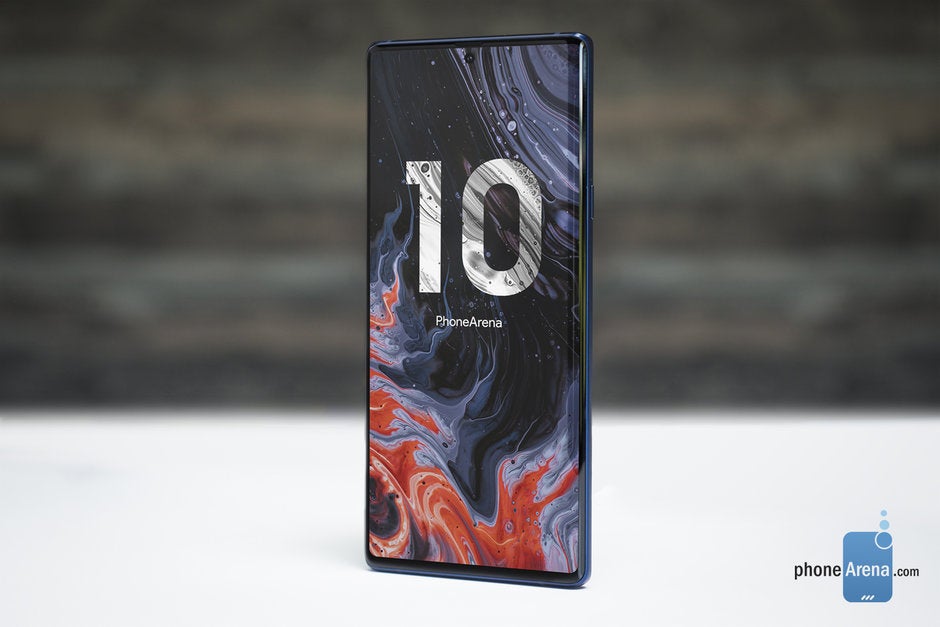 To compound these tidbits, PhoneArena proceeded to release conceptual renders of the Samsung Galaxy Note 10, complete with centred front-facer. 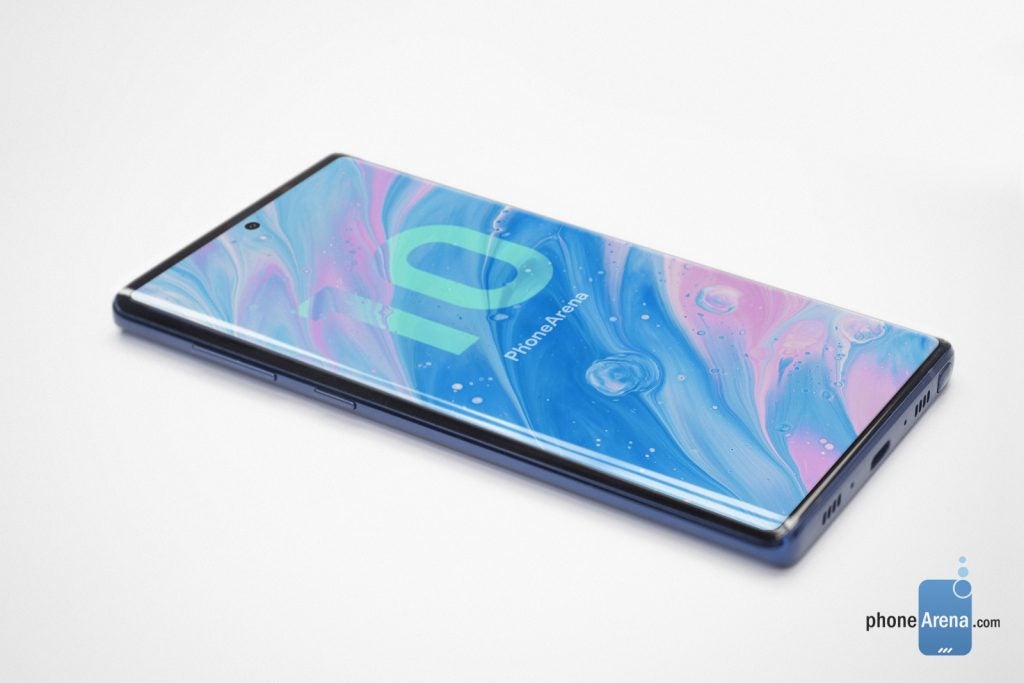 Likelihood: Both IceUniverse and OnLeaks have become known quantities within the world of smartphone rumours, as on more than one occasion, the specifications or imagery that they’ve pushed out has turned out to be wholly accurate. As such, we’d grant some credence to the westward movement of the front-facing camera for the next Note.

While there’s no inherent issue with the hole punch’s offset position on the likes of the Galaxy S10 series, along with the Honor View 20, Honor 20 and Honor 20 Pro, such placement does shift notification icons and UI elements over somewhat awkwardly, while central placement is less likely to interfere with most conventional app and interface designs – making it a smart move in our opinion.

The Galaxy S10 series showcases an impressively versatile camera setup from the Korean company; comprised of a 12-megapixel optically-stabilised (OIS) main sensor, with a variable f/1.5 to f/2.4 aperture, a 16-megapixel ultra-wide sensor and a third 12-megapixel telephoto OIS-toting sensor. Expectations point to a similar setup for the Note 10, albeit with one key difference. 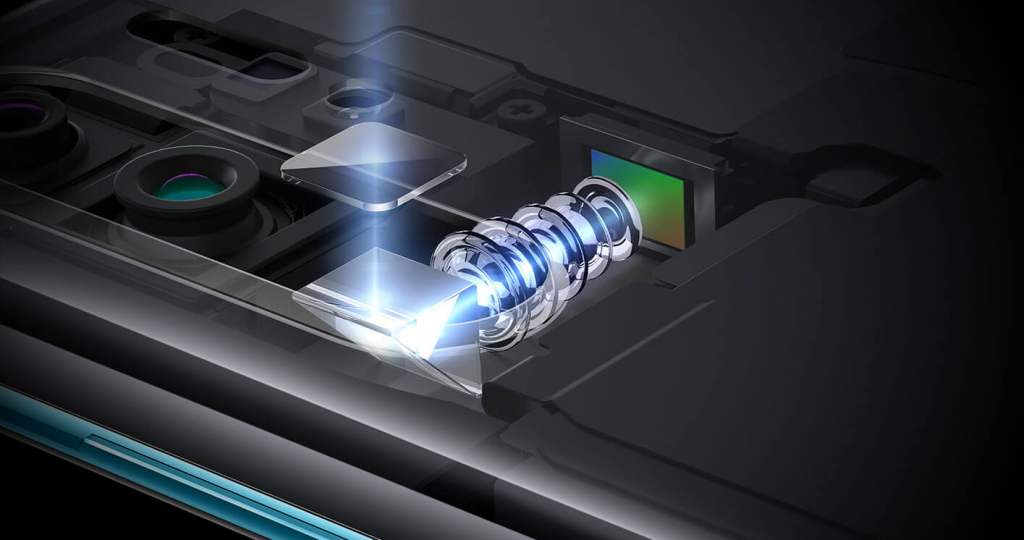 In place of the standard 12-megapixel telephoto sensor, which currently grants the S10, S10 Plus and S10 5G up to 2x zoom, Samsung Electro-Mechanics has created its own periscopic camera module to grant any phone that should implement it significantly greater 5x lossless optical zoom.

This would give the Note 10 far more competitive zoom capabilities on-par with the current leaders in this area: the Huawei P30 Pro and Oppo Reno 10x Zoom, both of which also use a transverse, periscope lens design of their own. 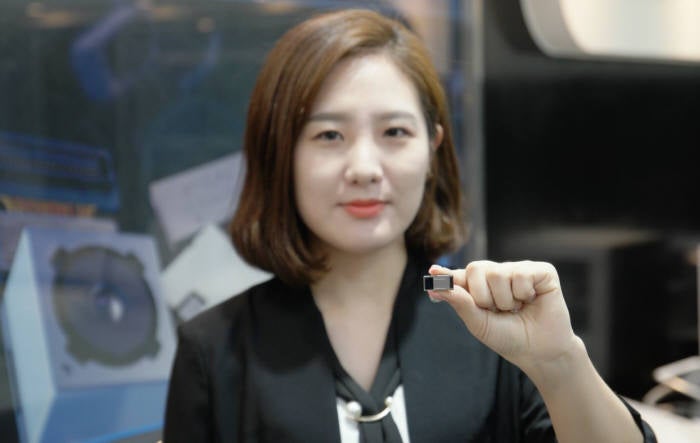 The source: It was mobile site, GSMArena that first published a story on the existence of Samsung Electro-Mechanics’ new 5x lossless zoom sensor, which based on its report, uses custom-cut atypical lenses to allow for increased levels of magnification without loss in image quality or an increase in distortion.

Likelihood: The component in question exists and the results it can produce are fully tangible; its inclusion in the Galaxy Note 10’s camera setup is less so. It would be a suitable upgrade to the S10’s camera system and help Samsung’s camera capabilities remain competitive against increased competition from its biggest Chinese rivals, even if Huawei has had to bow out of the race by the time the Note 10 launches.

Samsung hasn’t done much in the way of improving its long-standing 15W Adaptive Fast Charge technology since it was first introduced, with the needle moving only slightly since the arrival of the S10 line. Three of the S10 family make use of the same 15W charging, while the forthcoming Galaxy S10 5G boasts 25W fast charging, adhering to the USB Power Delivery 3.0 standard.

The Note 10 (or at least one variant) will potentially offer staggering 50W fast charging, matching that of Oppo’s SuperVOOC technology and trumping OnePlus’ 30W Warp Charge, as well as Huawei 40W SuperCharge technologies in the process.

The source: This impressive stat comes from a “trusted source” closely tied to Samsung’s supply chain, who passed the information on to Forbes, along with other details about the Note 10’s makeup, including the inclusion of a larger 4500mAh battery (compared to the Note 9’s 4000mAh battery) too.

SuperVOOC 50W charging as it appears on the Automobili Lamborghini Edition of the Oppo Find X can replenish the phone’s 3400mAh battery from empty in just 35 minutes. Should these new Note 10 figures ring true, the same rate of charge could fill the Note’s larger cell back up from flat in under 50 minutes.

Likelihood: The “trusted source” confided in established technology journalist Gordon Kelly, who wrote the piece for Forbes. If Kelly is willing to put his reputation on the line to deal in (near) absolutes before the Note 10 is formally unveiled, we’d be willing to accept that his source really does know what they’re talking about.

What’s more, as already stated, Samsung is lagging behind in the area of fast-charging technology, so taking things up a gear with the Note 10 would be well-timed.