Amazon Echo Spot vs Echo Show: What’s the difference between the Alexa-powered devices?

The Amazon Echo Spot is finally on sale in the UK. A cross between the Echo Show and Echo Dot, the Spot is intended as an Alexa-powered bedside/kitchen companion and is a complete reimagining of the alarm clock for the smart home era.

Both the Echo Show and the Echo Spot are headlined by smart displays that serve up contextual information, while enabling video calls and media playback. So should you buy the Echo Show or the Echo Spot? Let’s take a closer look.

The Echo Spot is perhaps the most attractive-looking device in Amazon’s ever-growing range of Alexa gadgets. The cute, ultra-compact body resembles a half sphere and measures just 4.1 x 3.8 x 3.6 inches. It weighs around 450g and won’t take up too much space on your bedside table.

It has a 2.5-inch screen that’s relatively sharp, despite the resolution of just 480 x 480. It’s available in black and white finishes, with the latter being the more fetching of the two. Of the three buttons, there are controls for volume and the ability to disable the camera/microphone.

Like the Echo Dot, Amazon has also included a 3.5mm jack for hooking up the Spot to a more powerful speaker.

The Echo Show (pictured below) design, on the other hand, has split opinion. Its boxy design looks a little like an old CRT TV, with a thick speaker grille underneath. It, too, is available in black and white and features three buttons for volume up, down and microphone/camera on/off. The LCD screen is 7 inches and boasts a resolution of 1024 x 600. There’s no 3.5mm jack here though, folks. 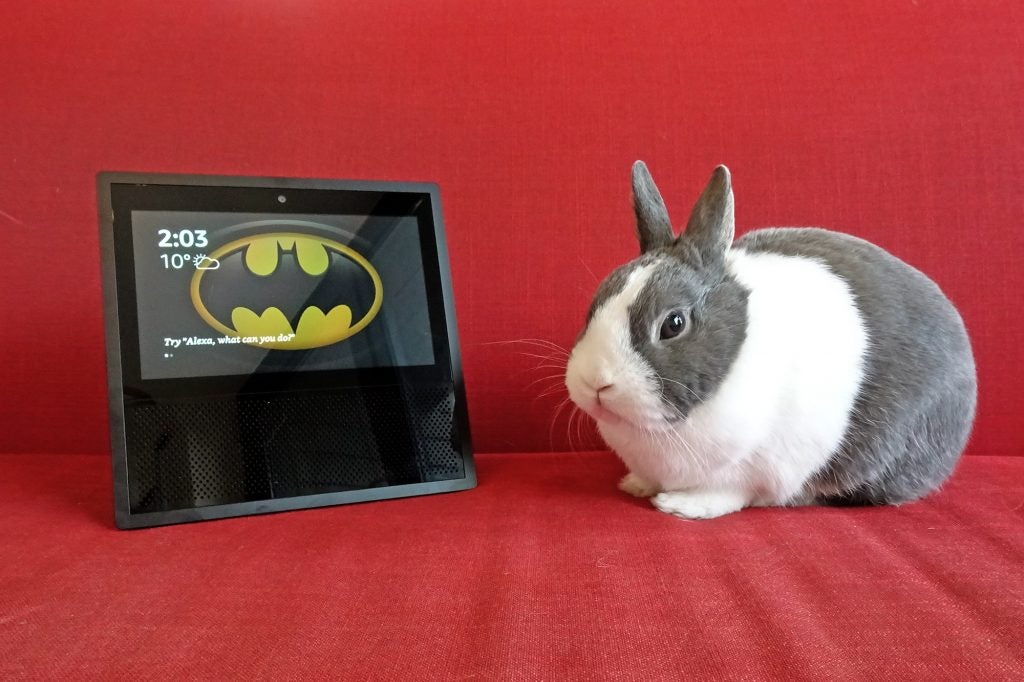 Amazon Echo Spot vs Echo Show Features: Which device can do more?

The new Echo Spot can do everything the Echo Show can, with varying degrees of success. Alexa donates all of her powers to the smaller device, while the screen will display weather, calendar alerts, flash video briefings, graphical representation of media playback, music lyrics, to-do lists and will even show a live feed from security cameras or baby monitors.

Both devices will play content from Amazon Prime Video – but, naturally, the 7-inch screen on the Echo Show will be far more capable than the 2.5-inch Echo Spot screen. If you’re buying this as a video device, the Echo Show is likely the best choice. 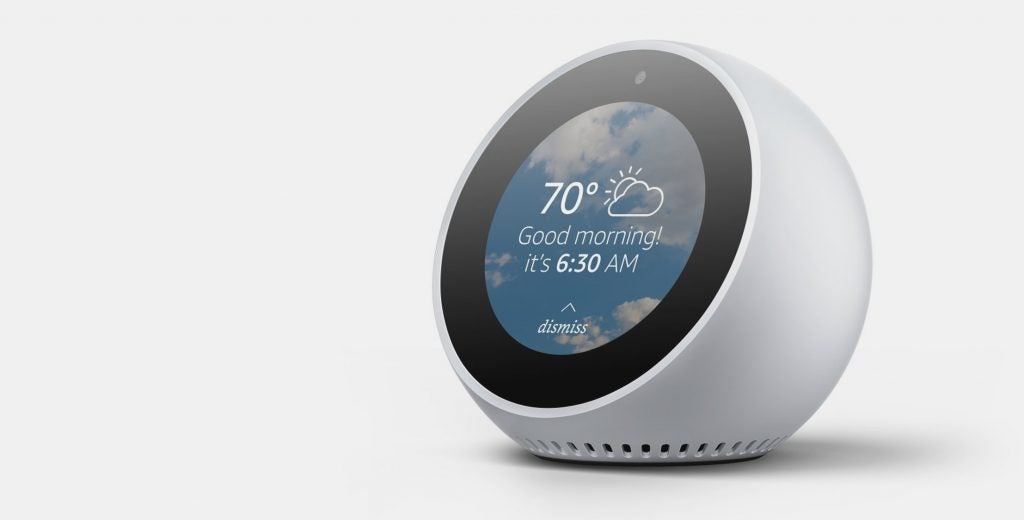 Both devices are designed for video calls and both feature the instant “drop in” feature that lets you make quick video calls without actually making the call. For a device that’s partially marketed to be in your bedroom (although it can go in the kitchen or anywhere else), we’re not too sure about enabling that one…

Meanwhile, with Alexa support you can ask questions, set alarms, shop, play music, podcasts and audiobooks, and control every compatible device in your smart home just by using your voice.

We’ve talked about the design, but what about the internals? Well, given the pair’s respective sizes, the Echo Show features a better audio system. It has dual 2.0-inch stereo speakers compared to the single 1.4-inch speakers of the Echo Spot.

In his review of the Echo Show, our own Ced Yuen wrote: “The “non-cylindrical shape also means this is the first Echo device with stereo sound. It doesn’t conjure up a massive soundstage, but there’s a decent stab at audio placement. This is the first Amazon Echo that I wouldn’t mind using for music.” 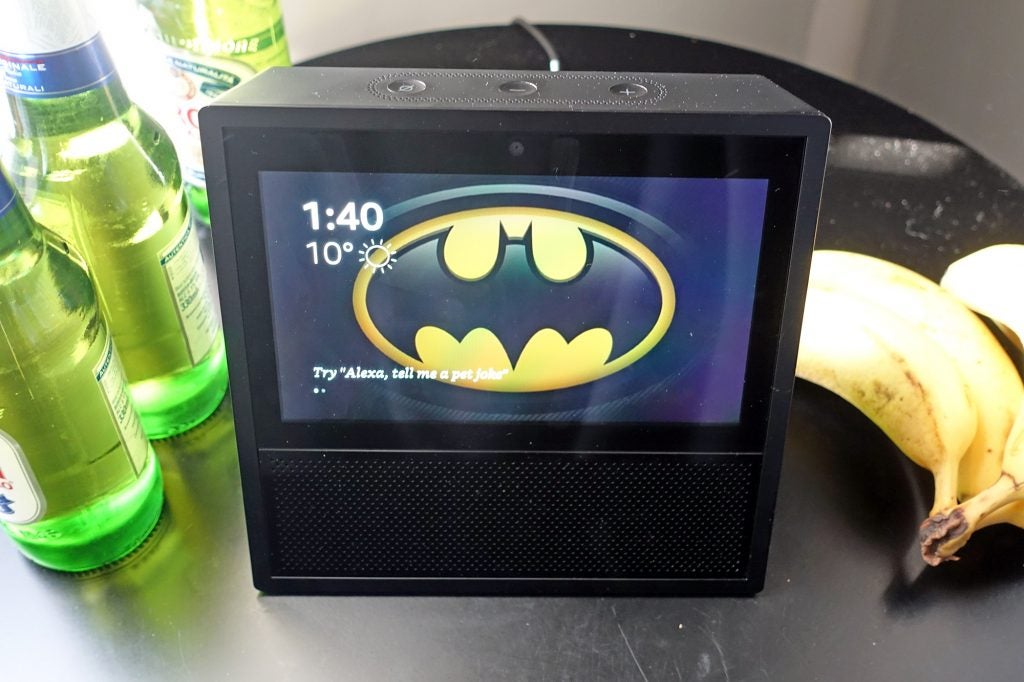 We’re yet to test the Echo Spot’s audio prowess, but we’d imagine it would be similar in quality to the Echo Dot.

In terms of the microphones, the second-generation far-field technology comprises four mics, beamforming technology, and enhanced noise cancellation. The Echo Show has eight of them.

The Echo Show has a 5-megapixel camera, which we believe is “good enough for a clear picture on the receiving end,” with mimimal lag. Amazon hasn’t revealed the specs for the Echo Spot’s camera, but we’ve reached out for confirmation.

Both Wi-Fi devices are Bluetooth-enabled, so you can stream audio content from your smartphone too.

Both deliver Alexa to the tech’s fullest capabilities, with a growing number of uses for the screens on both devices.

If you’re looking for the smartest alarm clock of all time, with some excellent auxiliary features such as video calling and connectivity with external speakers, the Echo Spot is for you. 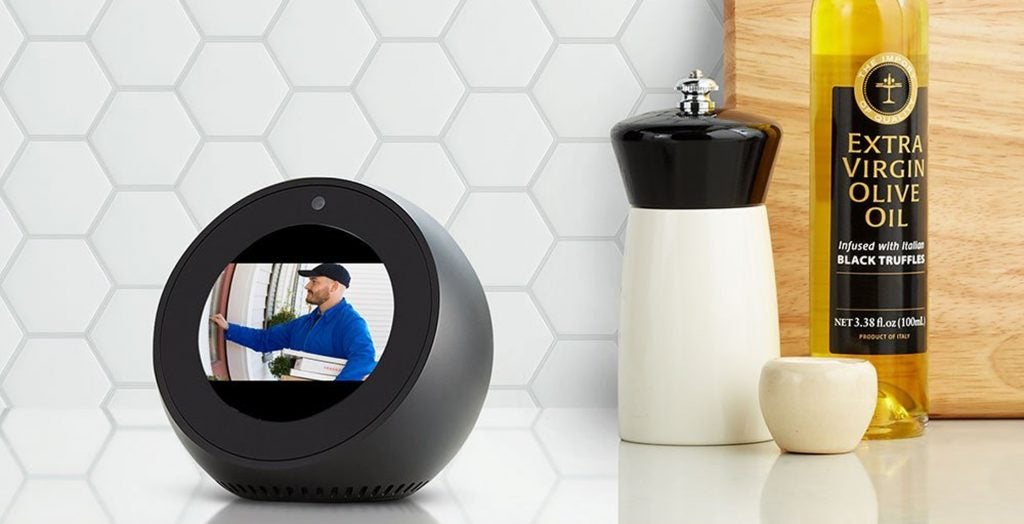 However, if you’re interested in a more media-centric device with a larger screen and better speakers, while also making good use of the video-calling functionality, you may be better off spending a bit more on the Echo Show.

Which device do you think represents the best value for money? Let us know @TrustedReviews on Twitter.