Dell has accidentally revealed new versions of its flagship XPS range. New images of the XPS 15 and XPS 17 appeared in a random manner on an equally random Dell webpage.

The Dell XPS 13 2020 is already out and about but we’ve been waiting for the announcement of a new XPS 15 iteration and the long-rumoured XPS 17 for some time now. We didn’t know when they were coming and we certainly didn’t know a Dell website kerfuffle would give us our first look at the new machines. 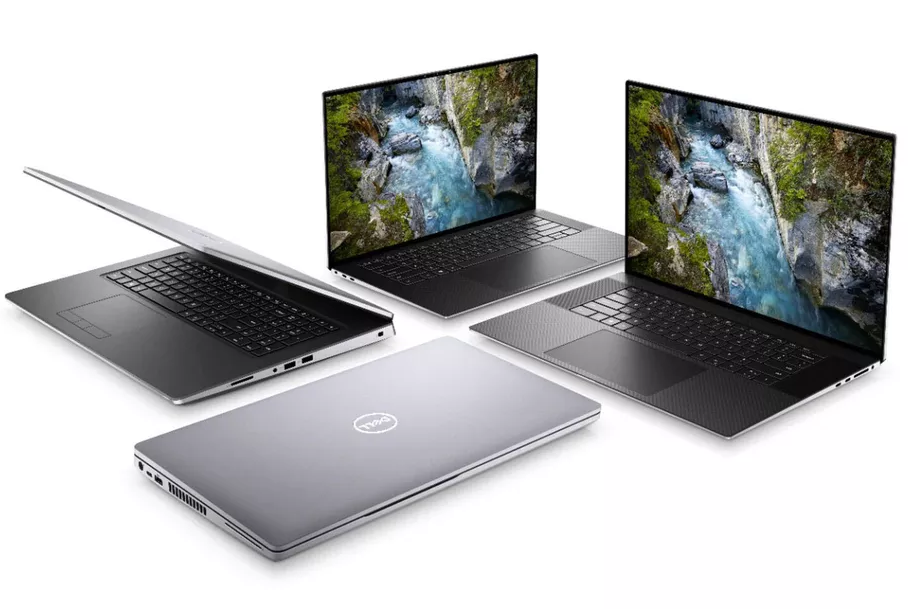 The laptop closest to the camera and the device on the left are nothing to write home about, simply being two of Dell’s Precision laptops. However, the other two are very much of interest.

The laptop at the very top would appear to be the new Dell XPS 15 (2020) – a device that Dell has made for some time and a yearly refresh was expected to be announced relatively soon.

The other device is even more exciting. Dell has been rumoured to be reviving its XPS 17 (2020) model – a laptop the company hasn’t refreshed for many years. This image all but confirms the existence of this new larger XPS model.

For the most part, these new XPS models look exactly how you’d expect them to – large versions of the XPS 13 – but there are a few notable differences.

Both the XPS 15 and XPS 17 appear to have keyboard-adjacent speakers, a welcome addition if it improves sound on these larger devices. There’s a lack of USB-A port on these new models, something that is also absent on the latest XPS 13. Dell’s own charging solution appears absent, which suggests a move to USB-C charging.

The 17-inch model looks to be sporting a full-size SD card reader too. We, unfortunately, can’t see the other side of the XPS 15 to know if that will also be getting the port, frequently sort-after by creatives.