2019 has seen a slew of amazing phones hit the market, both flagship models costing a tidy sum and those that are a little lighter on the wallet. It’s been the year that 5G hit the mainstream (almost), foldables became a thing, and Apple finally proved it could build a fantastic camera.

No phone is perfect, however. Some are let down by a battery that struggles to get through the day, while other models feature a camera that can’t compete when the lights go down.

But what if a phone could be perfect? Which parts would you pluck from some of 2019’s best handsets – and which would you leave well enough alone. Here, we ask that very question and try to discover what exactly would go into making up the Perfect Phone. 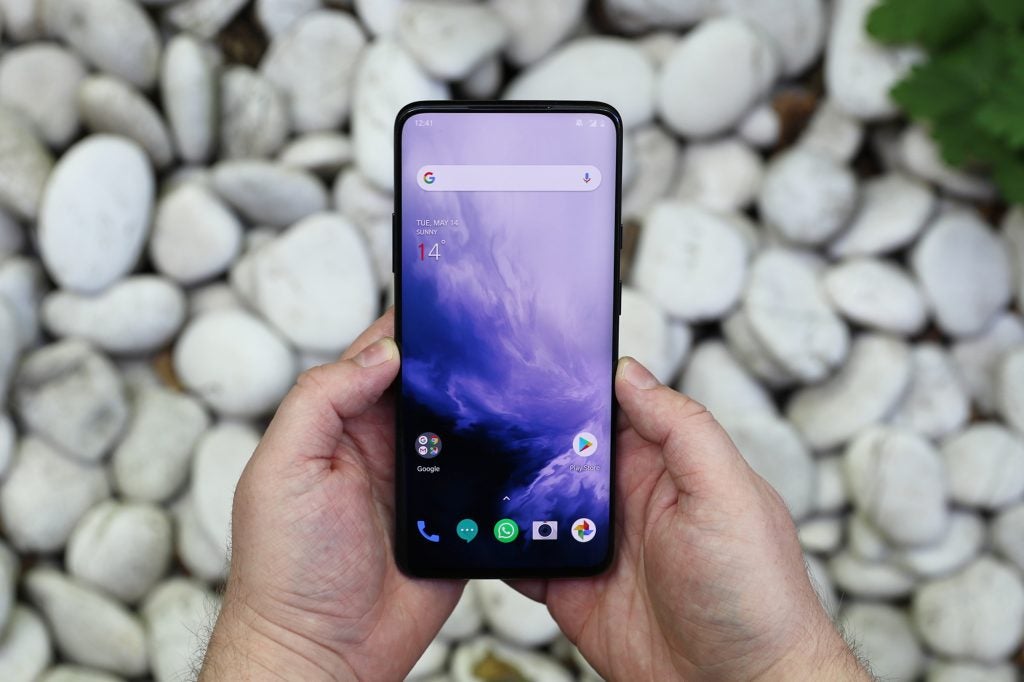 Picking the display for my perfect smartphone is an easy choice. While 2019 hasn’t been the year 90Hz displays became the norm, the trend has certainly begun, with such panels slowly becoming more common. We can probably thank the OnePlus 7 series for that: while it certainly wasn’t the first, the implementation in the OnePlus 7T Pro (and 7 Pro, for that matter) remains the best.

The 7T Pro’s display boasts a 90Hz refresh rate (up from the usual 60Hz you’ll find on phones like the Galaxy Note 10 and iPhone 11 Pro) for silky-smooth scrolling, and it impresses in other areas too.

It’s super-sharp with a quad-HD+ resolution, packs support for HDR10 visuals from sources such as YouTube, and provided excellent results in all our colour gamut and brightness tests. There’s also no notch! No annoying cutout to distract you from enjoying whatever form of content that takes your fancy.

Really, it’s the best display out there. My only gripe is the slight curvature – but you can’t have everything.

A notable mention should also go to the Samsung Galaxy Note 10 Plus, which likely would have pushed the 7T Pro all the way if packed the same 90Hz tech. 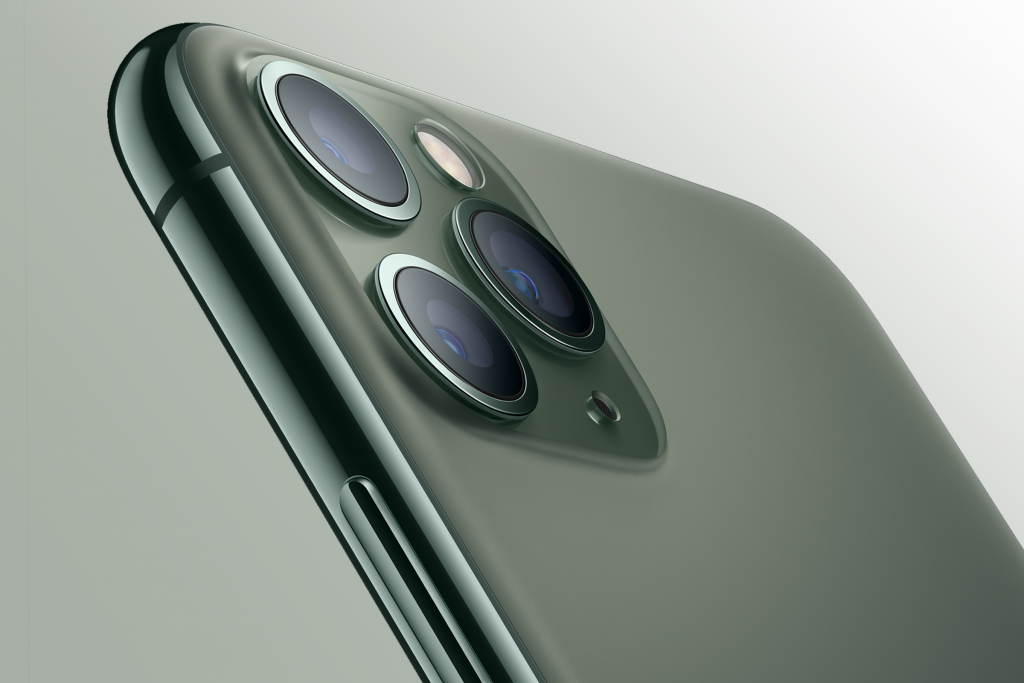 Of course, the iPhone 11 Pro packs the best camera I’ve used on an iPhone – that’s a given since it’s the latest model. However, what’s super-impressive is the degree by which the latest Apple flagship has caught up with the competition.

Following from the disappointing camera on the iPhone XS, which was soundly beaten by the Pixel 3, the 11 Pro does just about everything right. It’s versatile, thanks to the three sensors on the back, records top-notch video and finally has a Night mode.

Most impressive is the way those three cameras work together as one, which what gives the iPhone the win. Whether you’re shooting with the 2x tele or the ultra-wide lens, the pictures have virtually the same colour profile; there are no glaring differences like you’ll see with the images of so many other phones.

If you’re purely looking for the most detailed snaps then opt for the Pixel 4. However, Google’s phone lacks the versatility of the iPhone 11 Pro (give us an ultra-wide, Google) and can’t compete when it comes to video.

Of course, one of the reasons that the Oppo A9 2020 offers such great endurance is that it’s far from a “flagship” phone spec-wise. The 5000mAh battery powers only a 720p display, for instance. But let’s live in a fantasy land for a moment and imagine we could have this battery life and the specs of these other phones listed.

The Oppo A9 2020 completely gets rid of battery anxiety, with our review stating “on many days, I’m left with more than 50% by midnight. I’ve gone to bed with over 60% on a few occasions.”

What’s even more impressive is that this isn’t even a huge phone with a thick body; in fact, it’s rather svelte.

Criminally forgotten due to Huawei’s struggles in the US, the Mate 30 Pro would have been one of the best Android phones of the year if it hadn’t been cut off from accessing the Google Play Store.

But I feel the need to include it here due to its many technical advances, one of which being charging. The Mate 30 Pro supports fast 40W charging through a wired charger and an impressive 27W via a compatible Qi wireless pad. Reverse charging even allows you to use some of the 4500mAh cell to juice up other Qi-enabled devices such as the AirPods Pro or Samsung Galaxy Watch Active 2.

Pretty much a complete package. 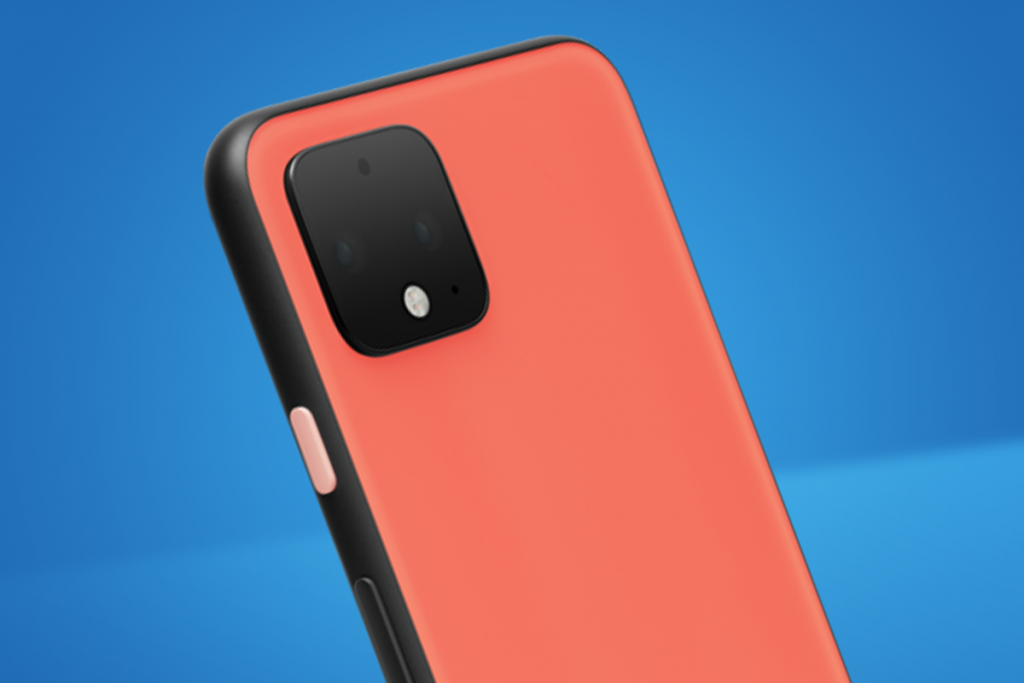 This section might come as a bit of a surprise, especially if you’ve only seen the Pixel 4 XL in pictures. In press shots it looks dull and old-fashioned; in the flesh it’s a masterful mix of soft finishes and clever details.

While 2019 has given us a load of glassy phones with shiny, almost pearl-like finishes, the Pixel 4 XL ditches this for a textured, grippier look that’s so much nicer to use. It’s far less slippery in the hand, feeling far less delicate as a result, and it doesn’t require a polish every time it’s picked up. For me, it’s what I want a phone to look like. Oh, and it comes in a lovely orange and black colour combination that’s a real winner in my eyes.

There’s no notch or pesky camera cutout either, just a complete display – something that’s becoming a rarity in just about every phone, whether it’s Android or iOS.

Of course, it covers the essential features too: a water-resistance rating and glass back for Qi wireless charging.

2019 has been the proper consumer kick-off of the 5G era. In the UK, we have many phones from which to choose at varying prices and network support from Vodafone, EE, O2 and BT – with Three joining “soon”.

Most of the 5G phones we’ve seen so far, especially at the start, were rehashed versions with some sacrifices. The Galaxy S10 5G, for example, was a brute and the OnePlus 7 Pro 5G has yet to receive the Android 10 update.

However, the Samsung Galaxy Note 10 Plus 5G  feels just like a flagship that has 5G, rather than one made specifically for that purpose. It’s an excellent phone that would be my first recommendation for someone who desperately wants a 5G phone and can’t wait. 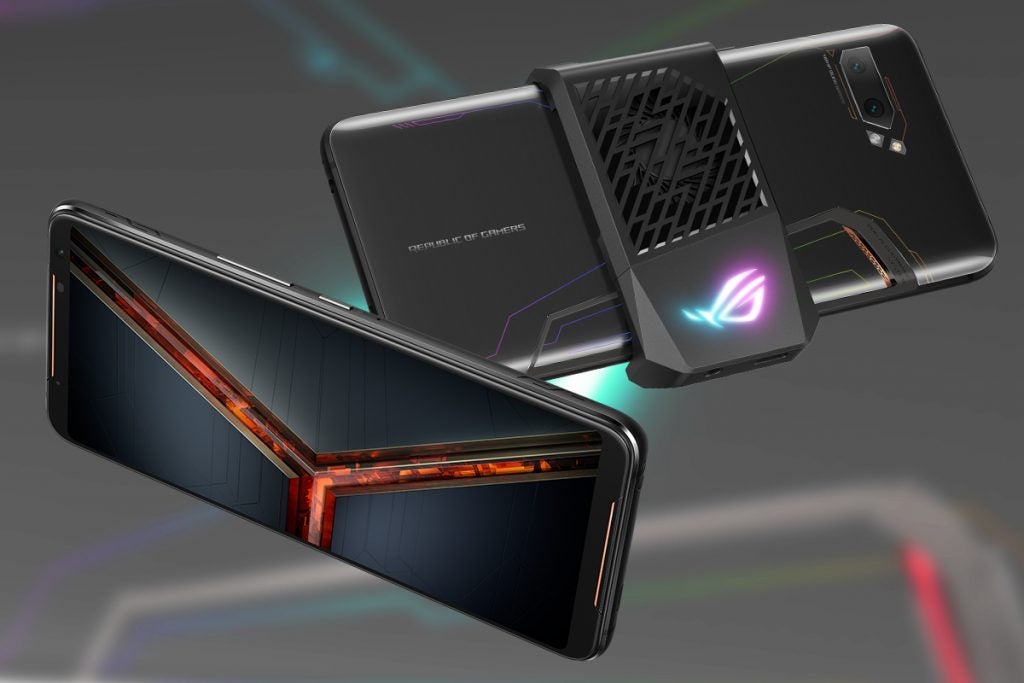 This could very easily have gone to the iPhone 11/11 Pro with its exceptional A13 chipset. However, for the sheer “specs” Asus crammed into the gaming-focused ROG Phone 2, I have to give the company some credit. Inside you’ll find a Snapdragon 855 Plus chipset clocked at 2.96GHz, paired with 12GB of DDR4X RAM. There’s even the option of 1TB worth of internal storage – you won’t find that on the iPhone.

Pair that serious grunt with the 120Hz OLED display and you’ll barely notice one jot of slowdown when using the Asus ROG Phone 2.

Normally my software of choice would be iOS: the integration with the Apple ecosystem is ace; services such as Apple Arcade and Find My (previous Find My Phone) are slick; plus the apps on iOS remain better than their Android counterparts.

But the launch of iOS 13 was – to put it mildly – a mess. Features such as Audio Sharing were delayed, and even though we’ve had more than five updates to iOS 13 since its release, it remains buggy. Will I ever be able to use Spotlight search properly again? Maybe iOS 13.2.4 will solve that.

So, the software on my perfect phone is the OxygenOS version, built upon Android 10, found on both the OnePlus 7T and OnePlus 7T Pro along with other OnePlus phones.

OxygenOS takes what’s great about “stock” Android and then adds extra tidbits and customisations on top. There’s a seriously underrated Reading mode that turns the screen black and white to make it easier on your eyes, plus you can change icons, accent colours and more.

It’s consistently updated, too, and OnePlus has proved it’s up there with the best when it comes to getting big-numbered versions of Android out quickly.

So, that’s the perfect phone…or as close as we can get to it.

There you have it. All the above components and features are top of their respective class and if in some dream-world they could be combined to build a complete smartphone then I’d be happy to have it in my pocket.

Now it’s your turn, tweet us @trustedreviews and let us know what you’d include in your perfect phone.