The OnePlus 7T Pro is the latest flagship smartphone following the OnePlus 7 Pro, which was one of Trusted Reviews favourite blowers when it first launched earlier this year.

Unlike the OnePlus 7T, which is a huge update on the older OnePlus 7, the 7T Pro is a very minor spruce up that tweaks the original Pro’s hardware, rather than incrementally changing it.

This makes it a little less exciting than its non-Pro sibling, but with the original Pro’s formula still offering a winning combo, the OnePlus 7T Pro is still a stellar handset and a perfect choice for any Android fan on the market for a top end blower.

The only downside is that, with the 7T featuring most of its core features and costing moderately less, it’s a little harder to justify the extra investment for the Pro OnePlus model this time around.

The OnePlus 7T Pro has an identical design to its predecessor. To the point that I may as well cut and paste the description from our original OnePlus7 Pro review.

For those that missed the original, this means the OnePlus 7 features a similar mixed metal and glass design to pretty much every other flagship phone this year – honestly, take the branding off and I’d wager most people wouldn’t be able to tell the OnePlus 7T Pro and Galaxy S10 Plus apart.

This may sound a little dull, but the design is still great for the most part. The phone has the same pop up front camera, that sees its 16-megapixel front camera rise out of the phone’s top when called upon. This means the phone’s front 6.67-inch, QHD+ resolution screen remains completely notch free, which is a huge boon when watching films or playing games on the phone.

The OnePlus 7T Pro’s entertainment chops are further aided by the Fluid AMOLED’s stellar screen quality, 90Hz refresh rate and the dual Dolby Atmos speakers. The setup’s identical to the regular Pro, which is no bad thing.

The screen is wonderfully well calibrated and features easy to tweak colour settings, so you can tweak it to your liking. The OLED panel is suitably bright to meet mobile HDR standards and all in all, you won’t find a better screen on most smartphones. 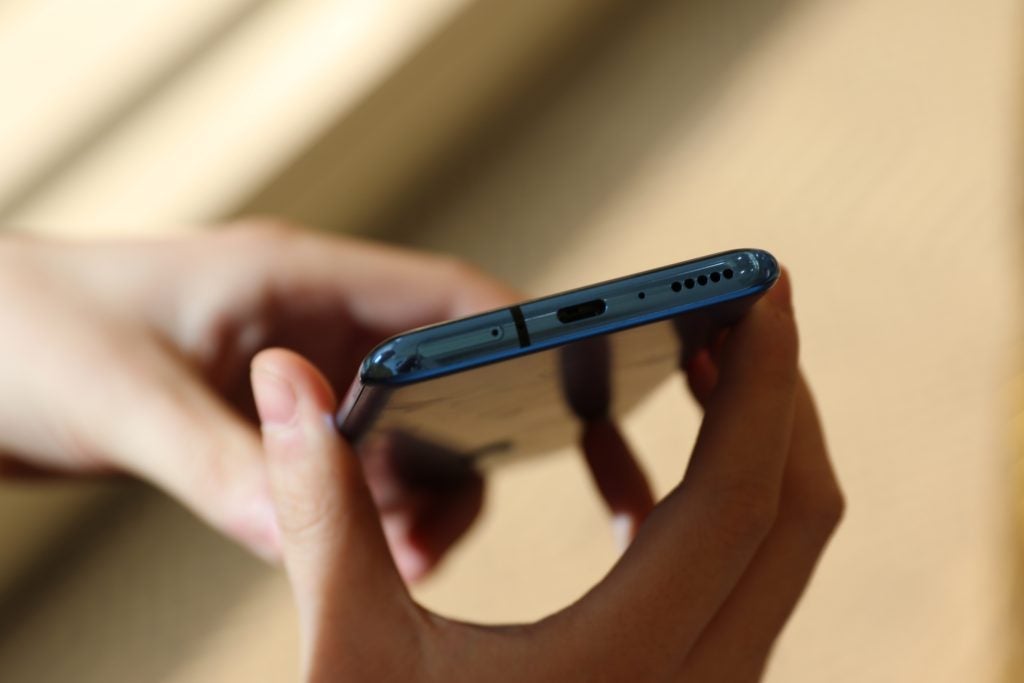 The 90Hz max refresh rate also makes it wonderfully smooth to use and will offer a minor competitive advantage to online mobile gamers. A higher refresh and polling rate reduces the amount of delay between you enacting a command and it playing out on screen.

The speakers sound great and, outside of the Razer Phone 2, are among the loudest I’ve tested on a smartphone.

The only functions I’m not 100% sold on are the 2.5D screen design and in-screen fingerprint scanner. The 2.5D glass wraps around the OnePlus 7T Pro’s sides giving it a seriously luxurious look. The problem is, I find the design makes the phone a little more difficult to hold than its flat screened sibling, the OnePlus 7. In my experience the curve can also make the screen a little more delicate.

The in-screen fingerprint scanner is a great convenience, but I’ve found it can be a little slow to react, taking a fraction of a second longer to read my digit than I’d like. 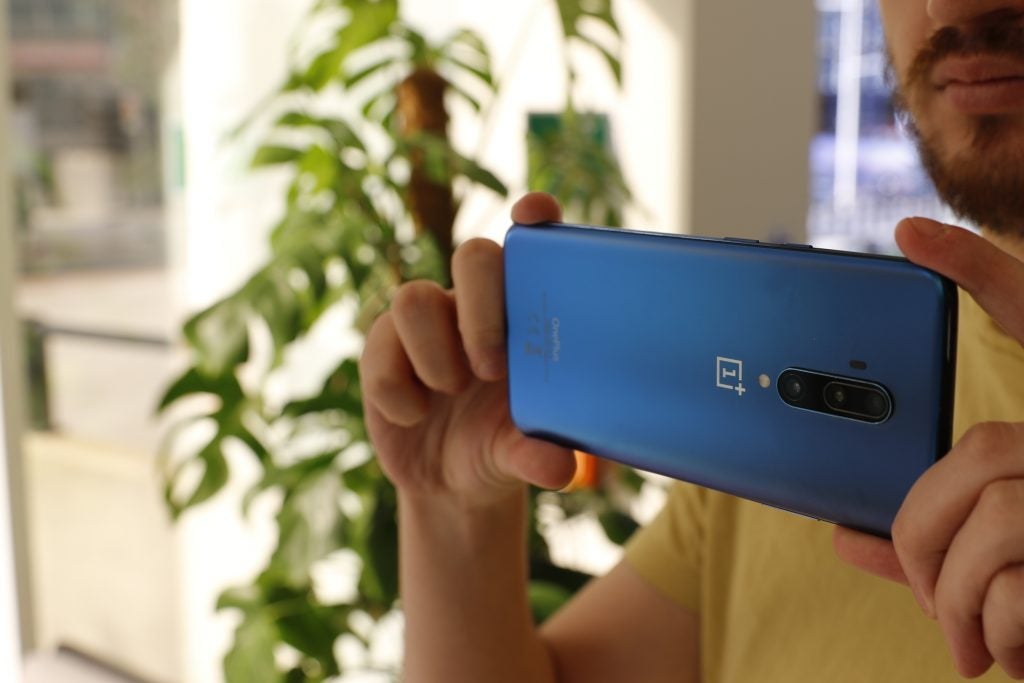 The only big difference is that there’s a new and improved macro mode that OnePlus claims will let you capture usable images of things that are a meagre 2.5cm away. The mode’s the same one that debuted one regular OnePlus 7T. It works well and lets you capture macro shots a distances that render many competing phones’ cameras useless, but the overall package still isn’t industry leading in a few areas.

Being clear, the OnePlus 7T Pro’s camera is still great and more than good enough for most phone buyers’ needs – however it’s not the best camera phone around. If all you want to do is snap a few photos of you and your friends and family, or document your holiday, it’ll do the job.

Shots taken in regular light look great. They aren’t overprocessed generally look sharp and have suitably realistic colours. The snappy autofocus also makes it fairly pleasant to shoot on. The backup telephoto and wide angle sensors also give you a decent selection of shot options. These include the ability to quickly choose between two focal lengths when shooting portraits or grab a wider panoramic shot when capturing things like cityscapes and countryside.

But it still fails to match key rivals, such as the Huawei P30 Pro and Pixel 3a XL in low light. The OnePlus 7T Pro is better at taking low light photos than most mid-range phones, but at the top end of the market it’s firmly in the middle of the pack – despite the work OnePlus has done improving it’s Nightscape mode. The Nightscape mode aims to improve the camera’s low light performance using processing magic, and for the most part it’s OK.

Photos in low light are usable and fine for basic things, like sharing on social media, but they don’t look as nice as the ones taken on the P30 Pro or Pixe 3a XL. The iPhone 11 Pro also offers better low light performance, with images generally having better contrast and looking cleaner and brighter than those taken on the OnePlus 7T Pro.

You can see a selection of photos taken on the OnePlus 7T Pro (on the left) and OnePlus 7T (on the right) below. Scroll across to see the difference. 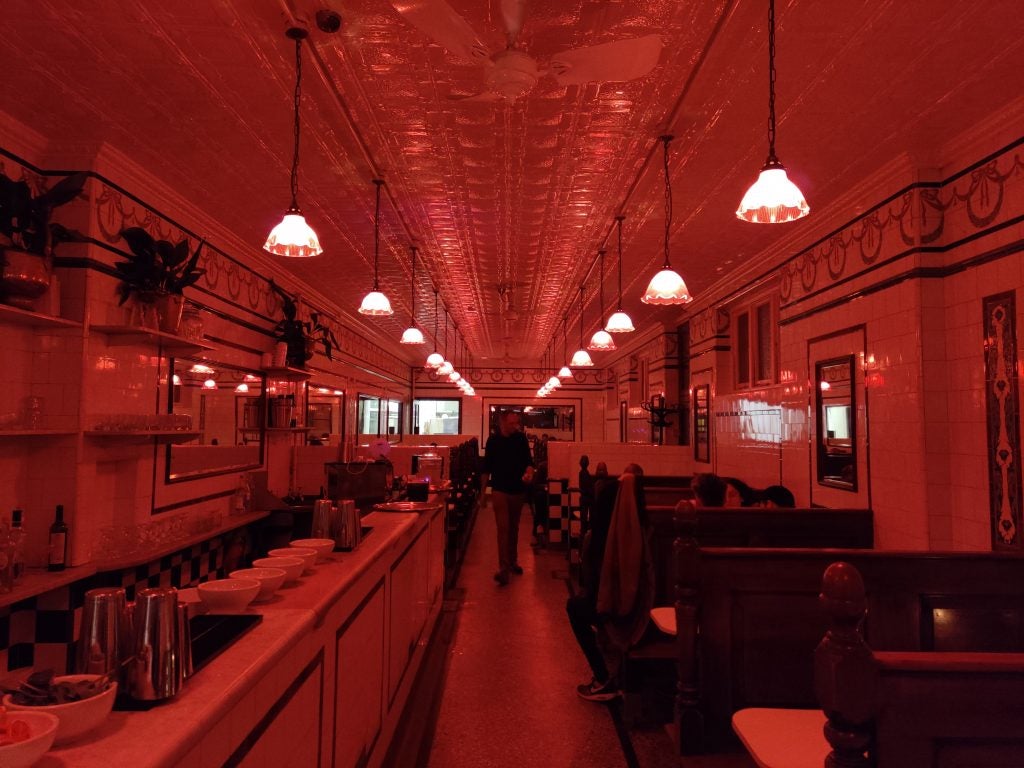 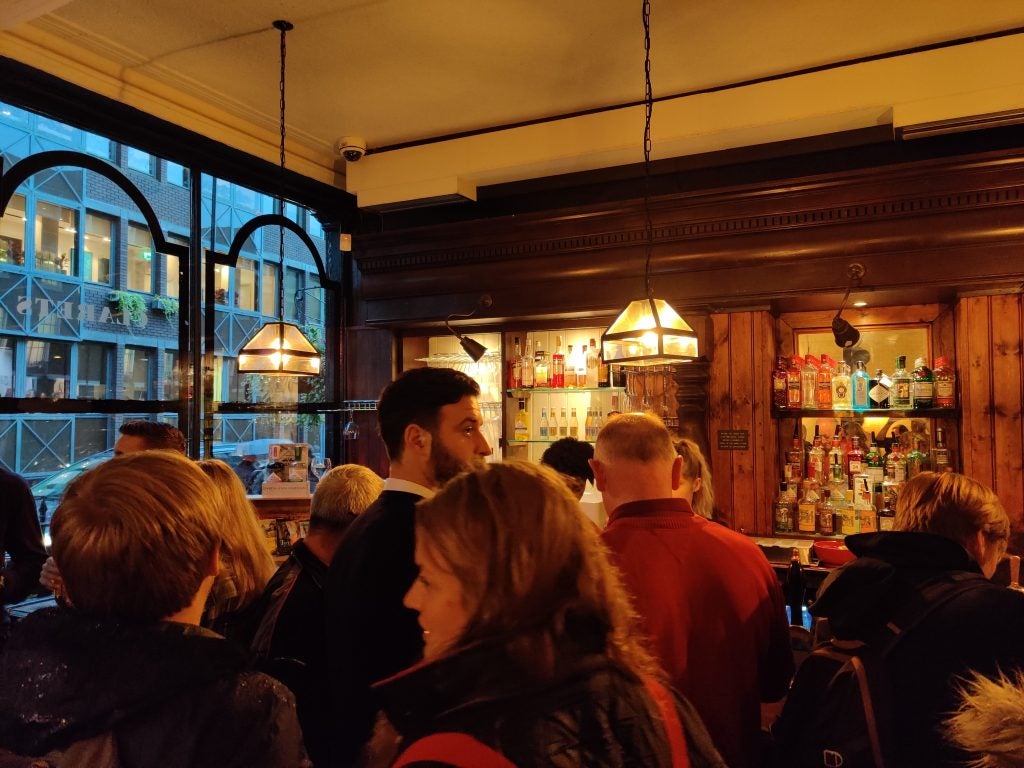 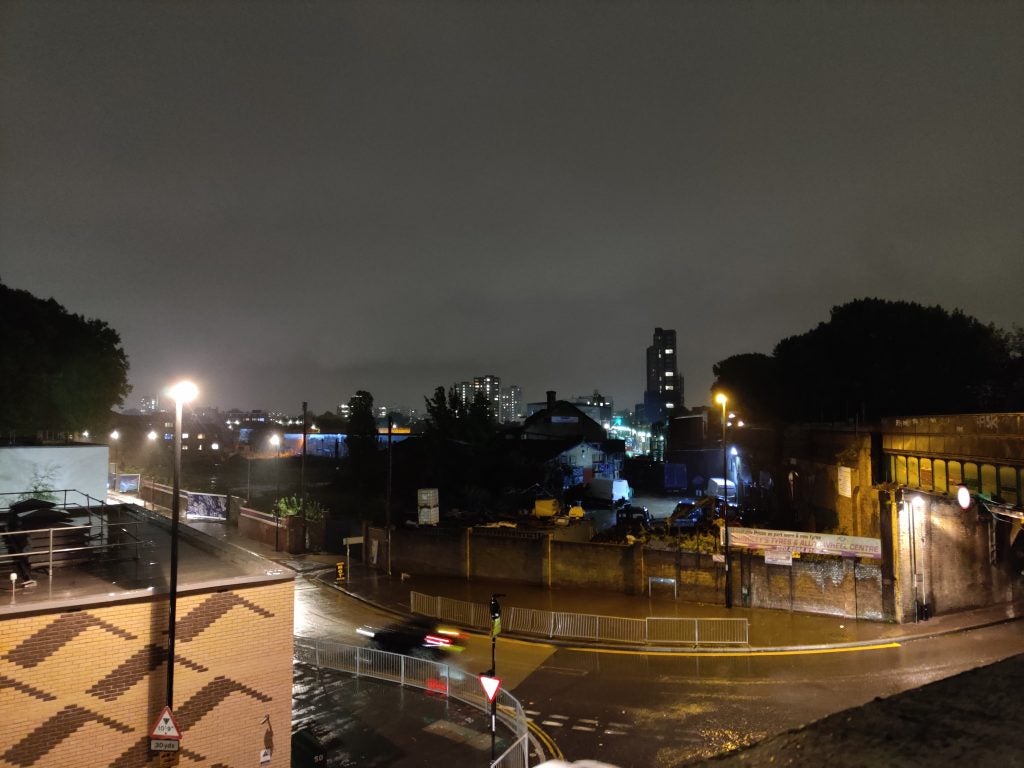 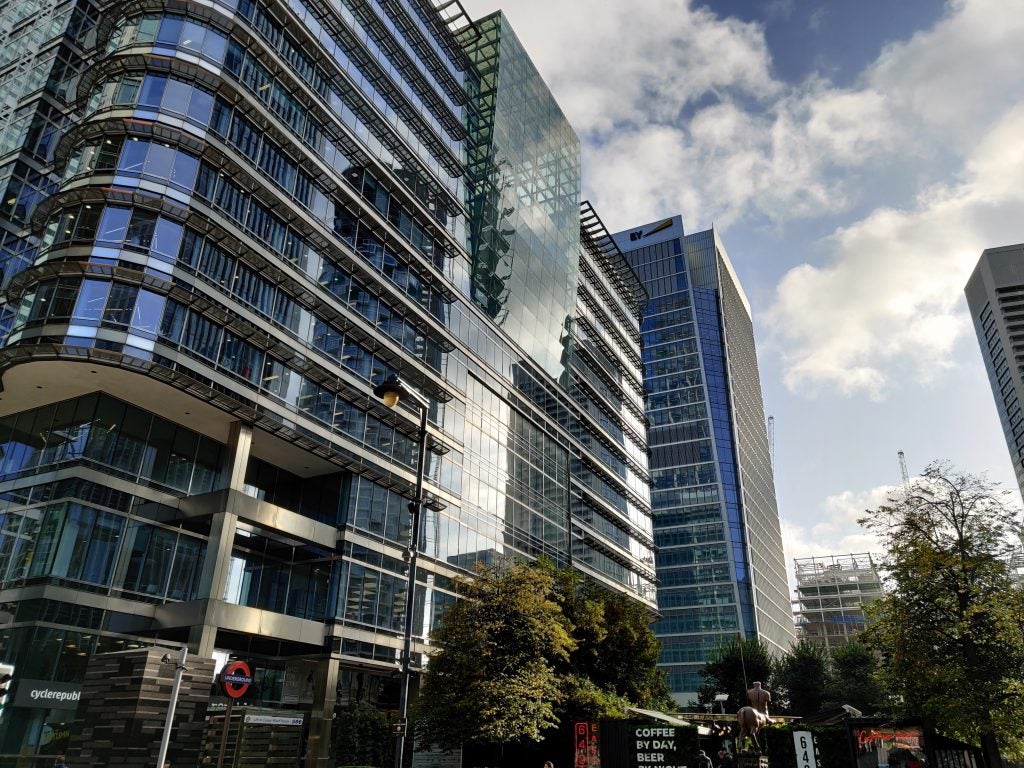 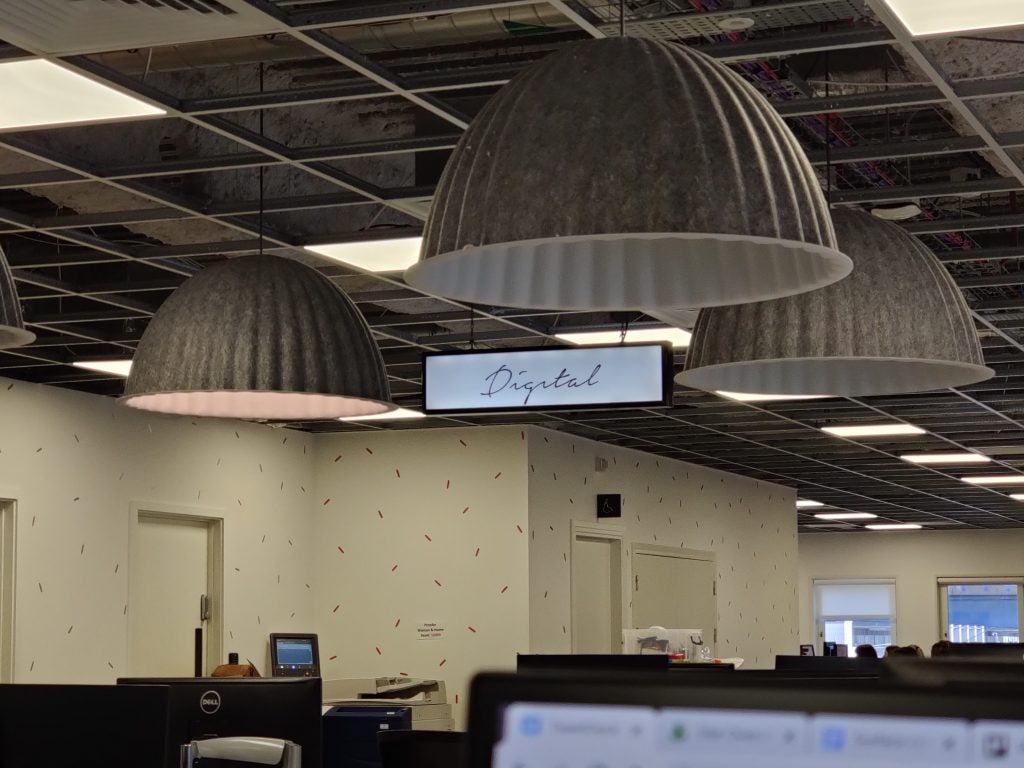 The only actual hardware changes related to the OnePlus 7T Pro’s CPU and battery. Specifically OnePlus has loaded the 7T Pro with Qualcomm’s latest gaming-focussed Snapdragon 855 Plus CPU, boosted the battery capacity to 4085mAh and loaded it with its custom Warp Charge 30T fast charging tech.

The move to 30T fast charging means the phone can go from 0-70% charge after half an hour at the mains, according to OnePlus. With real use I got similar results to the regular OnePlus 7T. On average the OnePlus 7T Pro will get between 50-60% charge every half hour.

With real world use battery life is solid, but not industry leading. Using it as my main phone I generally got a day to two days use out of the OnePlus 7T Pro. Regular use entailed taking and making a few calls throughout the day, regularly checking my incoming messages and social media feeds, listening to music on my commute, plus an hour or two’s Netflix streaming and PUBG before bed. This is about what we got from the regular OnePlus 7 Pro.

The Fluid AMOLED display puts a bigger strain on the battery than regular phones running demanding tasks like video stream and gaming however.

Streaming video with the screen set to 90Hz and at 150 nits, the brightness most people will find comfortable, the OnePlus 7T Pro lost between 6-8% of its charge per hour on average. Gaming with the same screen settings the discharge rate shot up to around 14-17% per hour. Neither of these scores are bad and put the 7T Pro on a par with most flagships when it comes to battery life. 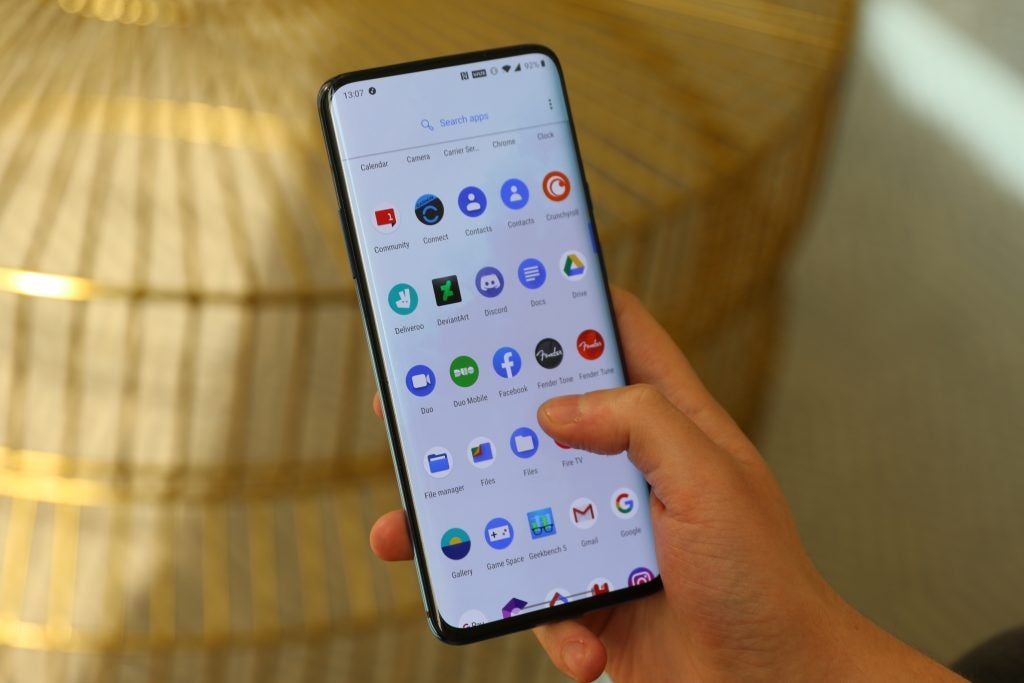 You want great specs and a very fast phone

With its smooth 90Hz screen, nippy charging and the Snapdragon 855+ chipset the OnePlus 7T Pro is a great choice if you’re after a fast phone.

You hate the notch and front camera cutout

By utilising a motorised pop-up front camera, the screen here is completely clear of any distractions.

You’re after a class-leading camera

The one thing that has consistently held back OnePlus is its camera tech and once again the 7T Pro’s biggest downside is its photography skills.

You already have the OnePlus 7 Pro

If you’ve already invested in a OnePlus 7 Pro, there’s little reason to upgrade to the OnePlus 7T Pro. The phone is an at best modest refinement on its predecessor. But that doesn’t stop it being a great smartphone that will meet 99% of users needs. 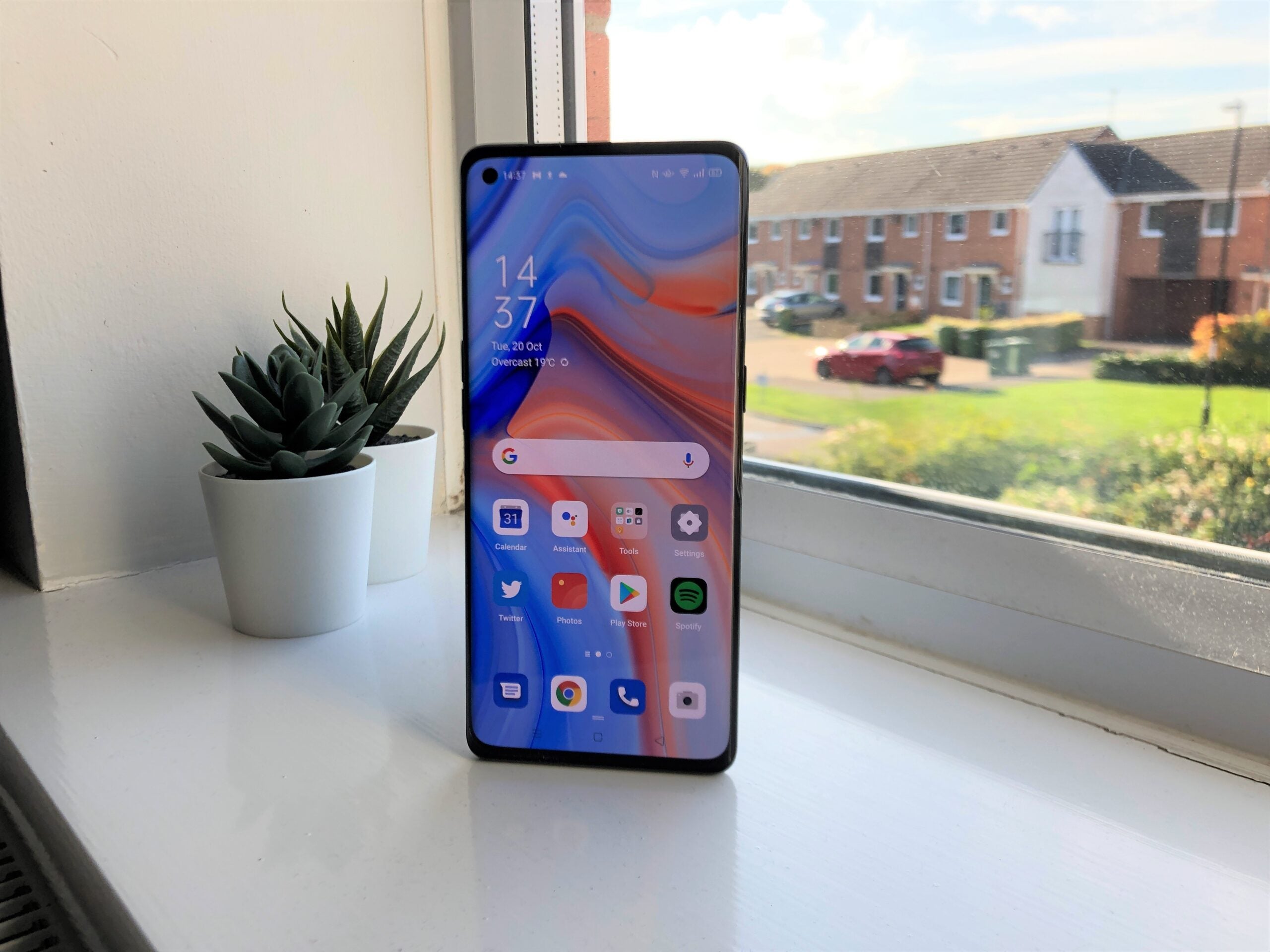 Is the OnePlus 7t Pro waterproof?

The OnePlus 7T pro has no official waterproofing or IP rating

Is the OnePlus 7t Pro better than OnePlus 7 Pro?

The 7T Pro has a faster chipset and a slightly different camera system.

The OnePlus 7T Pro is a 4G phone, with no 5G support

Qualcomm’s 2019 flagship chipset and the platform that powers the phone. This includes the CPU, GPU, ISPs for the camera and modem.