It’s been two years since Bose launched the Noise Cancelling Headphones 700, and we were wondering if Bose were getting a little bit itchy to release another pair of headphones. Turns out they were.

Rather than release a sequel to the NCH 700, Bose has gone back to the noise cancellers it made its name with in the QuietComfort series.

The announcement of the Bose QuietComfort 45 follows a series of leaks and the usual FCC filings. New features include longer battery life, a new transparency mode and what Bose refers to as improved noise cancellation for ‘instant quiet anywhere’.

So here’s everything that’s been revealed about the Bose QuietComfort 45 headphones.

How much do the new Bose QuietComfort headphones cost?

We surmised that the new Bose headphones could be either a more affordable alternative to the Noise Cancelling 700s, or that they could replace them as the premium option. Bose has taken the latter route.

When will the Bose QuietComfort 45 be released?

A WinFuture report from August 18th said the QuietComfort 45 headphones are likely to go on sale “soon”. We now know soon means the end of September.

We imagined Bose would announce before IFA (now cancelled) and would likely be released towards the latter half of September, following the path of the QuietComfort Earbuds and Sports Earbuds in 2020. Turns out we weren’t far off.

The headphones largely retain the same familiar design language as its four-year-old predecessor, with larger ear cups and controls housed on the right earcup.

We always thought the older QuietComfort models looked a little outdated compared to more recent efforts, so it’s good to see that the pleats and puckers from the old model have been removed, with gaps between components replaced with smoother transitions that make the headphones look more modern.

On the right earcup are four buttons: volume up/down, power and Bluetooth pairing. On the left earcup is a button for switching between audio modes as well as muting yourself, which should be helpful for those never-ending Zoom calls.

They’re designed to be durable and lightweight, with the headphones constructed out of synthetic leather and glass-filled nylon. They can fold flat but it doesn’t look like they can collapse inwards. Finishes are a choice of Triple Black and White Smoke (both matte).

What features will the Bose QuietComfort 45 have?

In terms of features Bose confirmed the QC45 will have 24 hours of battery life from a single charger, which is an improvement on the outgoing model. They can be fully recharged by USB-C in 2.5 hours, and fast-charging means a 15-minute charge provides another 2.5 hours of playtime,

We had hoped for Bluetooth 5.2 connectivity, but the QC45 have gone for Bluetooth 5.1. Multi-Point is supported for connecting to multiple devices at the same time, and if you own a Bose soundbar, Bose’s SimpleSync technology can pair the headphones for a private listening experience.

Bose’ noise cancelling prowess has arguably been usurped by Sony, but they’re looking to retake their crown by a new, improved active noise cancellation system and electronics package.

In ‘Quiet’ mode the microphones combine with a proprietary digital chip to “sense, measure and respond” better to sounds in the mid-range frequencies (trains, offices, cafés)

In ‘Aware’ mode, QC45 headphones switch to full transparency, letting sounds filter through in a natural and clear manner, so you can be aware of what’s around you.

Phone calls look to benefit from the QC45’s noise cancellation. A beam-form array isolating the voice of the listener, while a rejection array acts to reduce and block audible distractions from being picked up.

There’s no mention of Google and Alexa voice assistants, but we imagine they’d be integrated. There is, of course, the Bose Music app for added features and set-up. No word on what Bluetooth codecs the headphones will use, but we expect AAC and SBC.

Best headphones 2022: The best at any price 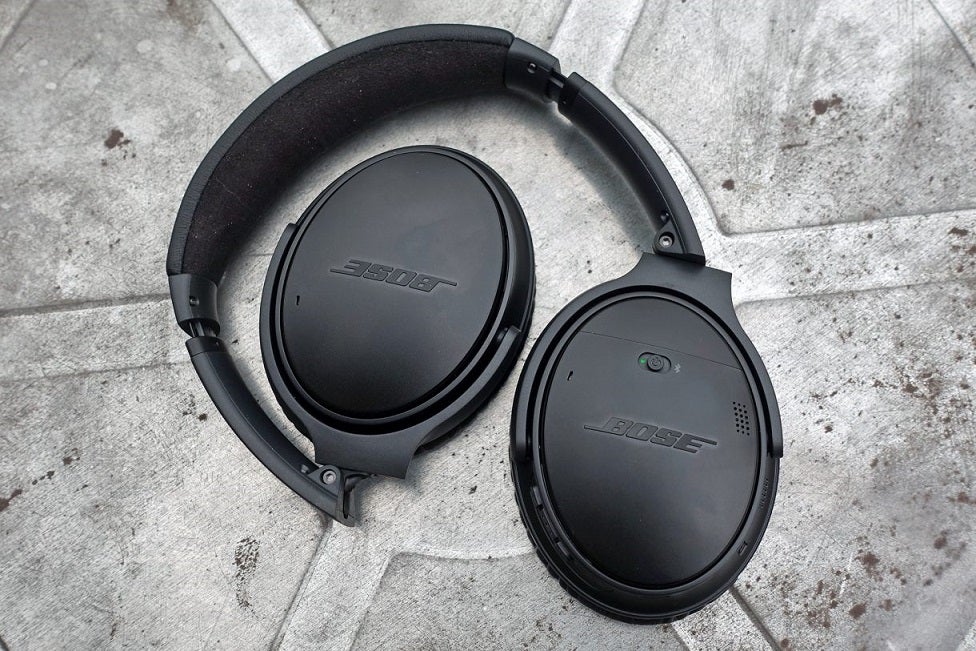 How to buy the right headphones: all the big questions answered