Love animated memes? Rock a new Android phone? Want to combine the two? Well you, friend, are in luck.

Coinciding with the drop of version 15 of Google Hangouts for Android, the big-G has rolled out a shiny new GIF keyboard, making it easier to send your favourite GIFs and jazz up those otherwise static chat windows.

Although not currently playing nice with Google Voice messages, the GIF-based additions to the image keyboard will work between all users running v.15 of Hangouts. 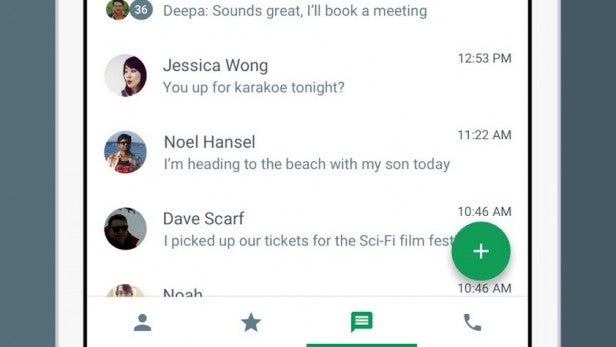 What else can those running Hangouts v.15 expect? Well, joining the joy-bringing GIFs is a bit more of the sensible stuff.

A bug fix has been introduced to amend delivery issues brought by the last rollout. Now you should no longer see a sender’s name twice when new messages drop.

The Hangouts update has started its incremental rollout, with more countries to add the patch in the coming days.

Are you tired of missing out on features because of Android fragmentation? Let us know below.