Since Bluetooth came to existence in the late 90s, there’s been a cornucopia of wireless standards that have followed in its wake. But Bluetooth LE Audio could be the most important, and potentially most transformative, since the wireless standard’s inception.

LE Audio has been heralded as the next generation of Bluetooth wireless audio, adding support for various new features that the Bluetooth Special Interest Group (SIG for short) claims could change how we experience audio and wirelessly connect to devices.

It’s a lofty claim but they might be onto something. Bluetooth LE Audio could change the landscape of wireless audio outside the home.

Bluetooth is everywhere, connecting devices all over the world. Many consumer devices in a home support it, from TVs to wireless speakers; laptops and printers. Venture outside and cars, smartphones and wireless headphones are just a few devices that include it.

Bluetooth is a short-range wireless communication technology that allows two devices (or more) to connect with each other.

Bluetooth LE Audio is short for Bluetooth Low Energy Audio. The Low Energy part has been around for several years, and refers to how data is transmitted over a low energy connection at reduced power consumption and cost, while maintaining a similar performance as the ‘classic’ standard of Bluetooth.

You’ve likely come across Bluetooth low energy devices in the form of beacons, fitness and security devices that are required to be on for long period of time without drawing much energy.

Bluetooth Low Energy Audio achieves the same result but for audio streaming. It draws on less power but intends to deliver better quality sound with the LC3 audio codec than is possible with SBC (Sub-Band Coding), and aims to do so without taking up as much bandwidth either.

What is the LC3 audio codec?

LC3 stands for Low Complexity Communication Codec (hence L-C3) and was introduced in the Bluetooth 5.2 update as the successor to SBC. Support for LC3 will be mandatory, but manufacturers will be still able to add support for other codecs, such as aptX and LDAC.

What are the benefits of Bluetooth LE Audio?

However, don’t take this leap to be a massive step forward in wireless audio quality. LC3 isn’t intended to transmit lossless or High-Res audio. SBC is considered to be the lowest quality Bluetooth audio codec, and LC3 improves upon it without using as much energy.

The improved performance of the LC3 codec should allow headphones, smartphones etc to use less energy to transmit audio, which should benefit battery life. This could affect the design of devices as batteries could be potentially smaller but still rack up the same stamina, leading to smaller, more ergonomic designs.

There’s also Multi-Stream Audio, which enables the transmission of multiple audio streams between a source device and a receiver. It’s thought that it could help produce a better stereo imaging experience, more seamless voice control services and smoother switching between multiple sources.

Are their disadvantages of Bluetooth LE Audio?

We’ve mentioned how it’s not really tackling lossless or Hi-Res audio files in the same manner as Sony’s LDAC, LHDC or Qualcomm’s aptX Lossless as it’s not built for that.

Also, the benefits we mentioned about ergonomic designs would only really work for devices that only used LC3 audio to transmit audio. Our interpretation is that it would not change matters for devices that supported LDAC, LHDC or aptX.

What impact does Bluetooth LE Audio have on hearing aids?

Bluetooth LE audio got its start in 2013 as a response to developing the Bluetooth Low Energy specification for streaming audio. This is particularly relevant to hearing aids given the issues of audio quality, battery life and their ability to filter out sound that could distract, and solving these issues spurred further research into Bluetooth LE audio.

The technology that powers hearing aids goes back to the 1950s and a new specification would help bring them into the modern age. The advantages of using Bluetooth over telecoil technology is that this would help standardise the technology, leading to wider compatibility and availability of Bluetooth hearing aids.

Hearing aids would also be able to receive stereo and mono signals at the same time, particularly useful for those who have just one hearing aid or others who require the use of a pair.

Bluetooth LE Audio also brings in the Auracast broadcast technology that Bluetooth SIG asserts will “enable an advanced new type of Assistive Listening System with higher audio quality and greater privacy”, with the technology described as being significantly easier to deploy and cheaper to integrate than inductive loops (an electromagnetic communication system).

In its simplest terms, Auracast enables a source device to broadcast one or more streams to an unlimited number of audio sink devices (audio sink referring to a Bluetooth receiver like wireless earbuds).

Auracast can turn a TV or other screens in a public space so people cam hear what’s being said. For example, instead of the sound being muted on a TV at the gym, people could hear what’s being said via the Bluetooth connection. Other examples include listening out for announcements at an airport or assistive devices at a cinema to enable those who are hard of hearing to tune into what’s being said.

When is Bluetooth LE Audio launching?

Bluetooth LE Audio hasn’t hit the market yet and so there are no products at the time of publication. The first products are expected in the months leading up to the end of the year. 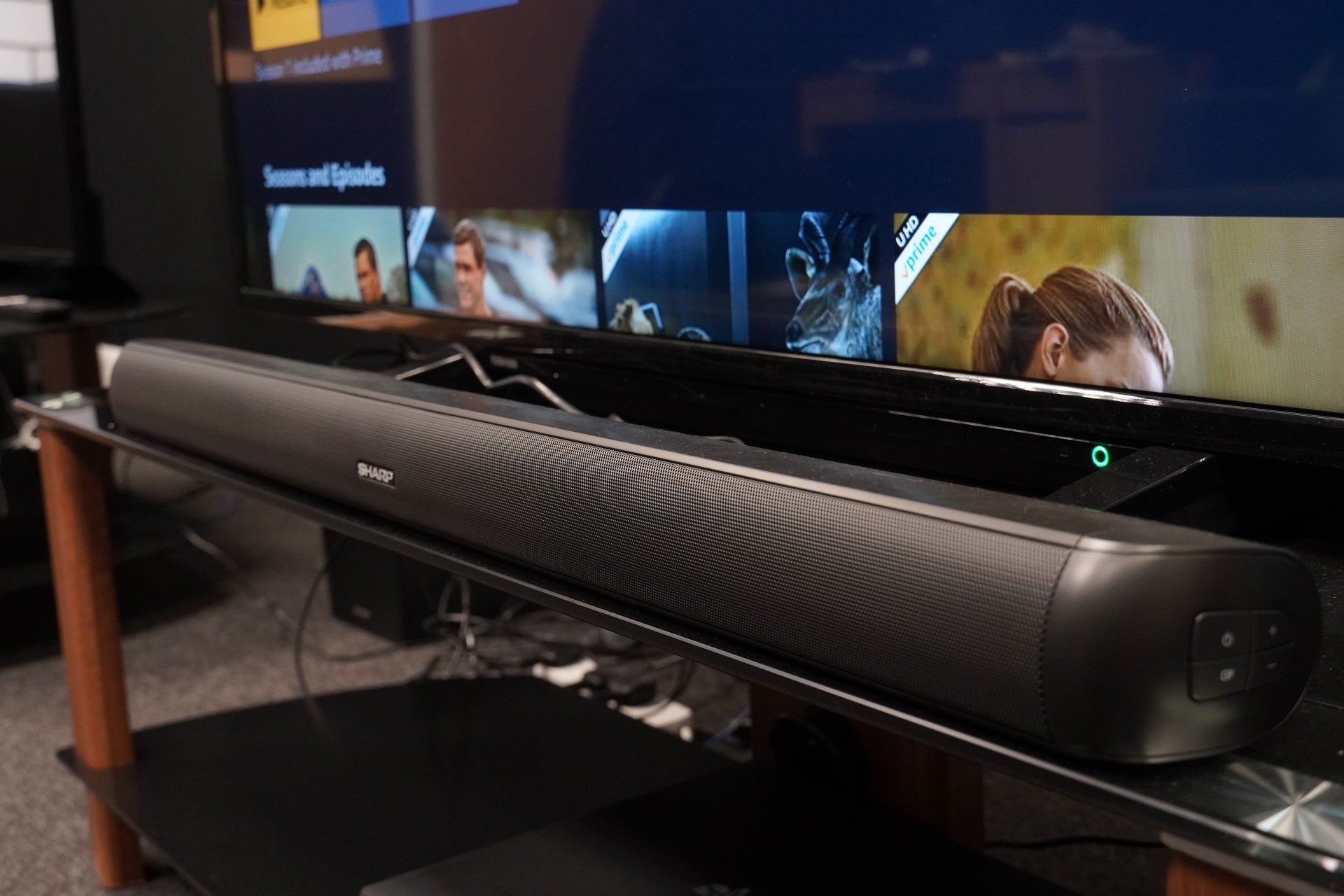 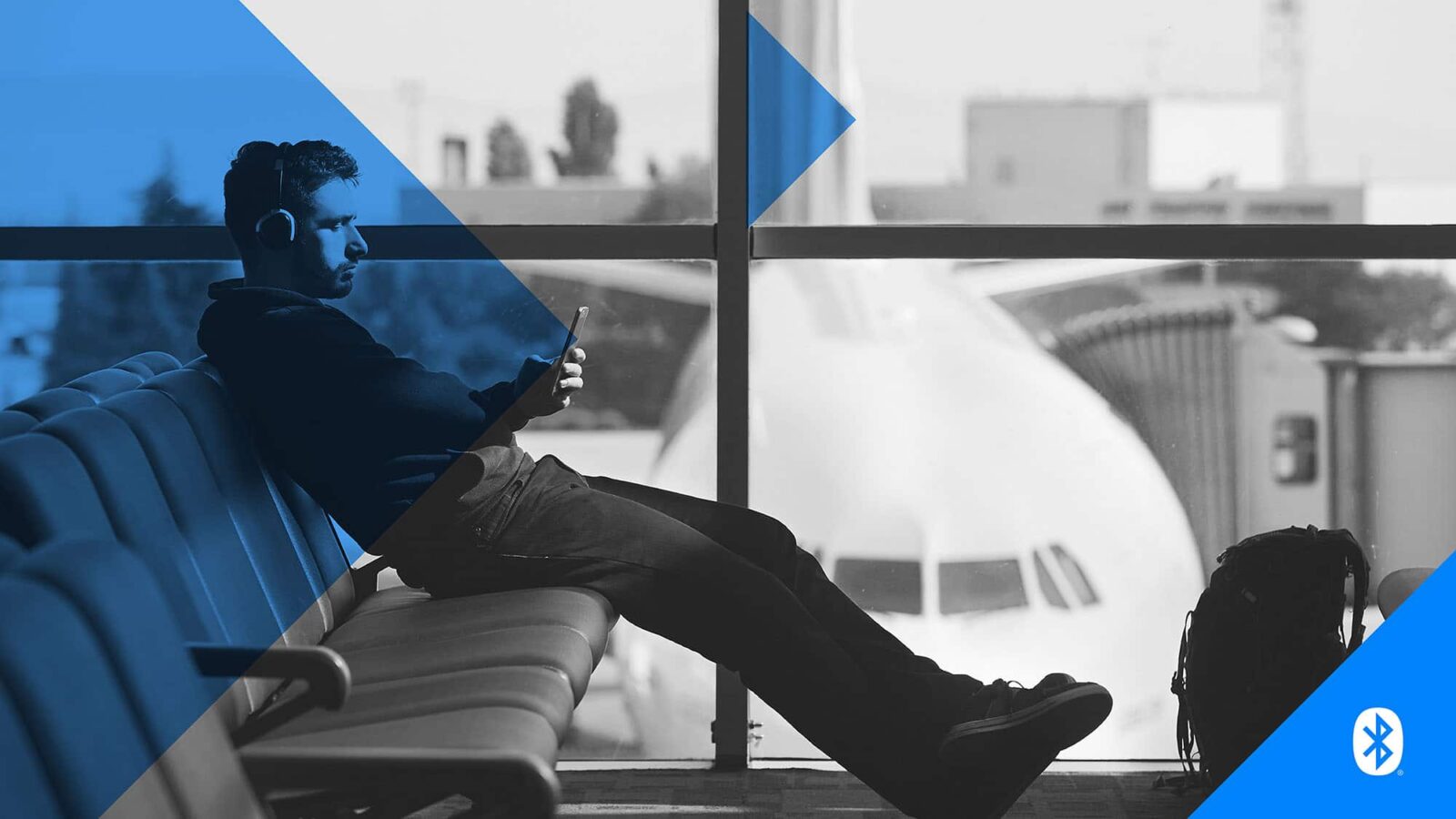