For most younglings, this Christmas – and likely next – is going to be about one thing: whether you’re going to get an Xbox Series X or PlayStation 5 when they launch.

But, whether it’s because of age, or too much time spent as a professional shiny things chaser/technology journalist, I can’t help but muster a profound “meh” when it comes to both new consoles. Not because they’re bad, however. It’s because, for me, they both lack the wow factor I experienced when older, classic consoles launched. 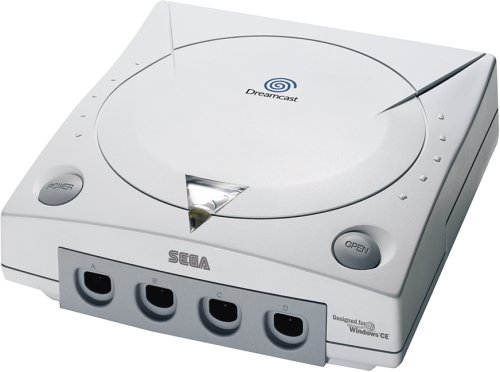 Forget the Xbox Series X, the Dreamcast was and still is the best game console ever. Get your hands on a used or collectable Sega Dreamcast from Amazon now.

Take the Dreamcast as an example. Sure, it wasn’t the most successful console, but at launch it was just about the coolest thing I’d ever laid eyes on.

It sported a new design, online multi-player support, an awesome controller with a second screen in its memory card and, at the time, cutting-edge 3D graphics that made the last generation of consoles look archaic.

Online multi-player capability was particularly cool. While it may be no big thing nowadays, at the time it was revolutionary and made it easy for me to connect with massive communities ocean’s away.

It’s also the reason the Dreamcast could offer never-before-seen experiences on a console, such as Phantasy Star Online and Quake III Arena – although let’s not talk about that one time PC players broke into the Dreamcast Quake games and massacred the poor console players.

Then there was the launch lineup, which included Soulcalibur, Sonic Adventure, SEGA Rally 2, Trick Style and Power Stone – to this day, I maintain Power Stone is a classic that was way better than the first Super Smash Bros as a multi-player brawler.

Sure, the console didn’t sell en mass, and therefore didn’t enjoy any real commercial success. But it did manage to evoke a certain hype in me that isn’t replicated with the the PlayStation 5 and new Xbox launches, which feel a little like damp squibs.

Where the Dreamcast presented more first, never-before-seen features, the best Sony and Xbox can muster is a little technical chat about ray tracing and SSD read/write speeds – two things PC gamers can already enjoy to their heart’s content.

The same is true for both consoles’ controllers, which from what we know so far, are tweaked versions of the current gen units, offering minor adjustments to haptic feedback and D-pad designs. Yay, I’m so excited. Seriously, this compared to a friggin’ screen in the memory card? Come on Sony and Microsoft, you can do better than that.

And this is the reason that, for me personally, unless things get significantly more interesting come summer 2020, when both companies are expected to reveal greater details about the Xbox Series X and PS5, I won’t be asking Santa for either.

Instead, at best, I’ll begrudgingly invest only once enough exclusives appear to pull me away from Steam and the Epic Store on PC – which let’s face it, is the only way to game if you want the best graphics and frame rates anyway.