The latest flagship smartwatches from two of the biggest players in the game, but which watch is better?

The Apple Watch 6 and the Galaxy Watch 4 are the newest wearables from Apple and Samsung respectively, and they are both very tempting choices if you’re weighing up which is the best smartwatch.

We created this guide to help you understand the details of each smartwatch and how they compare in terms of software and usability.

Since the Apple Watch 6 has been out for quite a while longer than the Galaxy Watch 4, you can find a lot more deals on Apple’s latest smartwatch.

The Apple Watch 6 is pretty hard to beat, with 32GB of storage and the truly luscious watchOS interface. WatchOS 7 offers great app support and has its own dedicated app store.

Samsung’s Galaxy Watch 4 has 16GB of internal storage and runs on Google’s Wear OS 3, since Samsung’s team up with Google in an effort to ditch Tizen, which powered existing Galaxy Watches.

Despite the storage not being as impressive, the Watch 4 does feature the new 5nm Exynos W920 chipset, which allows Samsung’s smartwatch to runs with impressive speed.

The design and display is one area where the two watches differ greatly, as the Apple Watch 6 has kept the square display of previous models with the digital crown on the right side.

The Apple Watch 6 also comes in several colour options, including Silver, Gold, Space Grey, Blue, Product RED, Graphite, Space Black and Titanium. And as the case is with most smartwatches nowadays, there are options to swap out the wrist strap to make your wearable a little more personal.

Meanwhile, the Galaxy Watch 4 has a circular screen with sharper angles and a display that lies completely flat. The Watch 4 looks very similar to the Active range, with a minimalist design and two small pushbuttons on the right-hand side.

In terms of colours, you can get Silver, Pink Gold, White, Black and Green, so there isn’t as much choice as with the Apple Watch 6.

The Watch 4 also features a Super AMOLED display, resulting in very vibrant colours on screen. The Watch 6 does have an OLED screen, but it won’t have the same depth of colour as Samsung’s offering.

Fossil’s next smartwatch may have just leaked in full 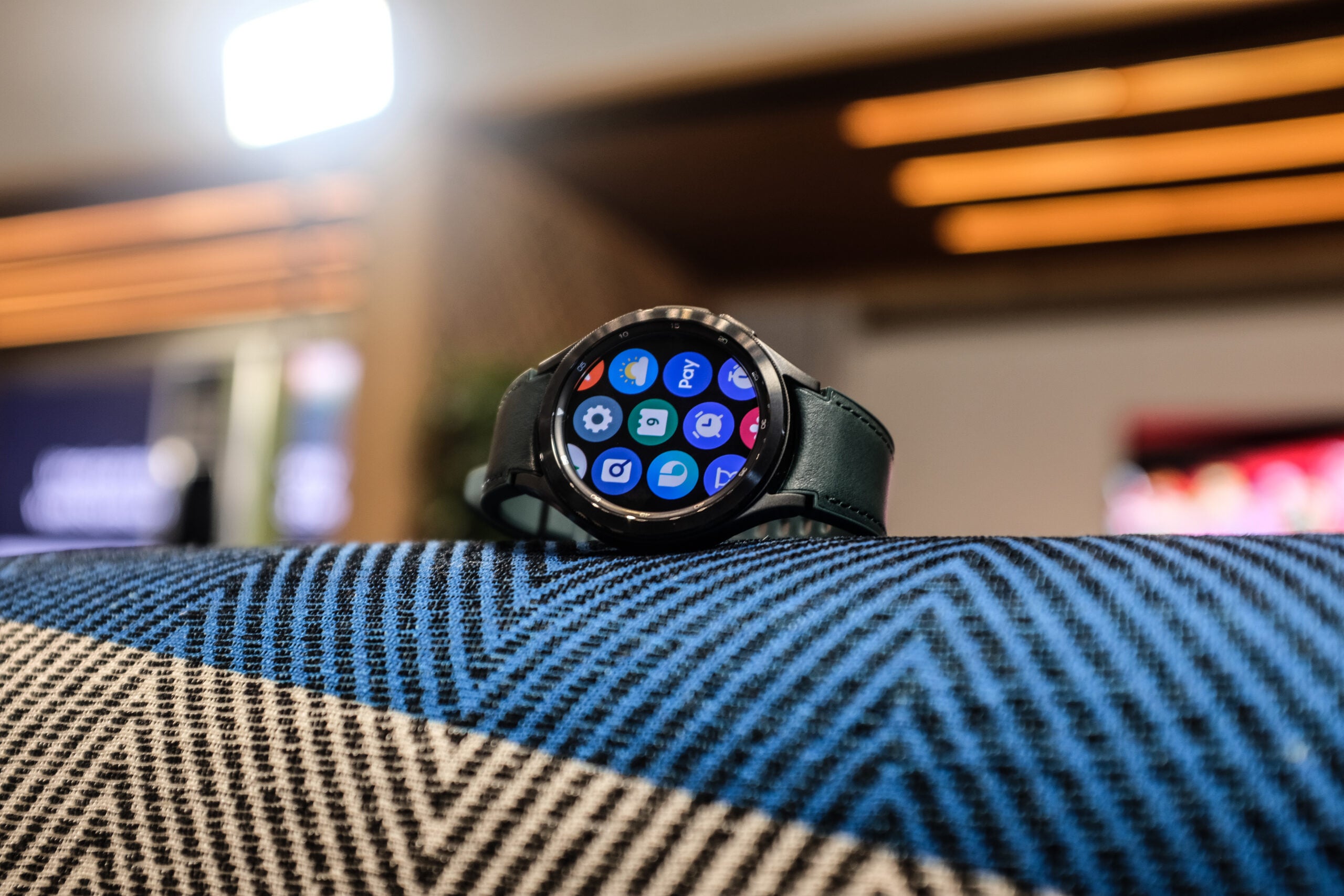 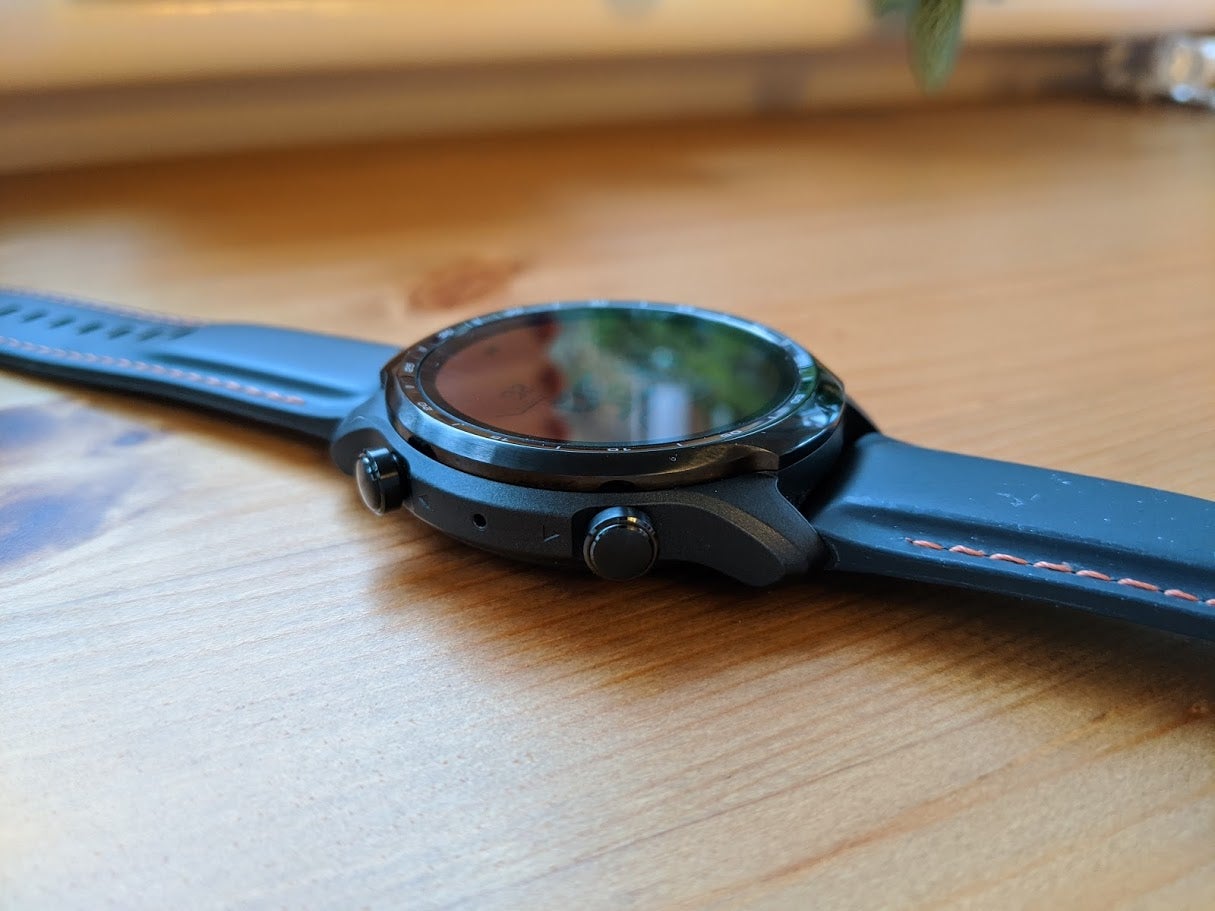 The Apple Watch 6 faired pretty well during our tests, taking only an hour and a half to charge from empty to full, while also lasting for 18 hours even when fitness tracking and location features were enabled.

The Galaxy Watch 4, however, claims to have a battery life of up to 40-hours, and during our testing, we found that it lasted 31 hours before hitting 7%. While some other smartwatches can easily outmatch this, compared to the Apple Watch 6 this is a huge improvement. Charging this watch up took roughly the same amount of time, with our Watch 4 getting from 10% to 100% in one hour and 33 minutes.

Even though the Apple Watch can see you safely to the end of the day, it doesn’t have quite the same longevity as the Galaxy Watch 4, even while tracking workouts and your sleep pattern.

The Apple Watch’s Health app is known for being one of the best its kind, however, it was unfortunate to see the only major update for the Watch 6 was the inclusion of a blood oxygen sensor.

The Watch 6 is still a good choice however for both gym rats and more casual runners, with the aforementioned blood oxygen feature and an ECG sensor that tells you if your heart is showing signs of atrial fibrillation. Sleep tracking also finally made an appearance on the Watch 6 with watchOS 7, but it’s not the most fleshed-out sleep tracker available.

There is GPS for accurate run-tracking and other health-related features like a heart rate monitor and an altimeter. The Watch 6 also keeps track of your daily progress through three rings, which do a great job of breaking down your exertion in a way that’s easy to understand. You can also challenge other Apple Watch owners which is great if you’re looking for some extra motivation.

The Galaxy Watch 4 is the first Samsung watch to feature Google Fit, so you can link up your Google Fit account if that’s the software you’re used to. The Watch 4 is a very fitness orientated watch and as such, Samsung Health is baked into the UI, making it the easier option to go with by default.

The Watch 4 also includes a BioActive sensor, which can collect data on your heart rate, blood oxygen levels, blood pressure and even perform an ECG test as you wear it. The new Body Composition feature also offers a more in-depth look at your health, analysing your body fat, skeletal muscle, body water, BMI and BMR (basal metabolic rate).

All of these features make the Galaxy Watch 4 a better fit for anyone who wants a more serious deep dive into their own health, features that have yet to be truly replicated on an Apple Watch.

There is no doubt that the Apple Watch 6 is a top of the range smartwatch that allows iPhone users to make the most of the Apple ecosystem, with some great fitness tracking features to boot.

However, when it comes down to the price and the fleshed-out fitness features of Samsung’s latest smartwatch, the winner has to the Galaxy Watch 4. The Watch 4 performs better overall, with improved battery life, a vibrant display and a minimalist design, it seems Samsung has finally dethroned Apple in the wearables arena.