Tablets attempting to double as home projectors aren’t all that new. For the past couple of years, Lenovo has been testing the hybrid water. However, despite the firm’s best efforts, devices such as the Yoga Tab 3 Pro have generally failed to deliver on the projector side of things, as a result on their focus being on tablets first.

Looking to solve this problem is Chinese firm ZTE, which has chosen to take an alternative approach, creating a mobile device that aims to be a projector first, tablet second.

This makes the Spro Plus Smart Projector one of the most interesting devices to arrive at MWC 2016. 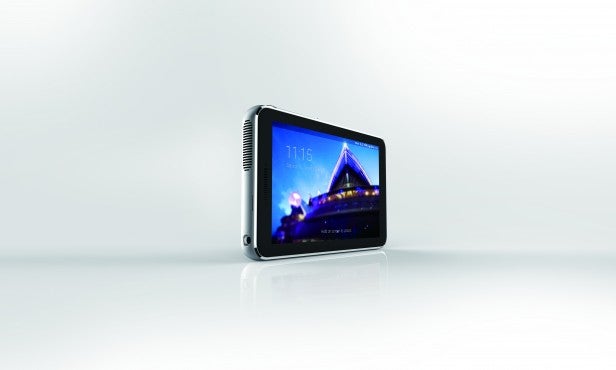 1) Lasers are cool: For starters, unlike the Lenovo Yoga Tab 3 Pro, the Spro is completely bulb-free. Instead of the more common bulb and DLP projector solutions, the Spro uses laser projection tech.

ZTE claims this lets the Spro Plus project sharper and brighter images in a variety of lighting conditions, and will radically extend its shelf life by removing the need to change bulbs.

2) It’s pretty darn bright: When ZTE says bright, it means really bright. The spokesman on hand told me that the Spro has a massive 500 lumens maximum brightness. That’s twice the lumen count of its predecessor, the Spro 2, and 10 times as dazzling as the 50 lumen projector seen on the Lenovo Yoga Tab 3 Pro.

On paper, this means the Spro should have little problem playing movies at HD quality at sizes up to 80-inches across. That’s 10-inches more than the Yoga Tab Pro 3, which can beam images up to 70-inches across.

3) It’s loud too: The Spro Plus is also set to be pretty loud by tablet standards, with ZTE having loaded it with Dual JBL, 4W Dolby Digital sound speakers. While these aren’t a replacement for a full surround-sound system, having had a listen I can tell you that they’re more than good enough for bedroom viewing.

4)  Data, data and more data: For those looking to consume content on the move, or stream while away from a Wi-Fi network, ZTE’s also made the Spro Plus LTE-ready. So long as you have a good data package, then, you should be able to use it to watch Netflix on the go.

5) Android Marshmallow from the off: The Spro Plus is powered by Google’s Android Marshmallow operating system. As a result, Spro Plus users should have access to all their favourite media services – such as Netflix, Amazon, BBC iPlayer, Sky Q and Crunchyroll. Be warned, however: it’s a pretty heavily skinned version of Marshmallow.

6) You’ll get at least half a season of Game of Thrones viewing from one charge: If you plan on binge-watching a series while away from the mains, the Spro should have you covered. A ZTE spokesman at the demo told me that the Spro’s 12,100mAh battery will offer “up to six hours of projection time” off a single charge. This means that you should be able to watch half a series’ worth of content without worrying about running out of juice.

Don’t miss the latest tablet and smartphone deals at Amazon 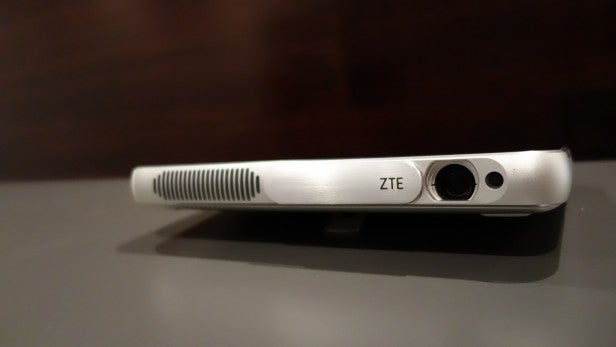 ZTE claims the Spro can play games, but declined to reveal the device’s refresh rate 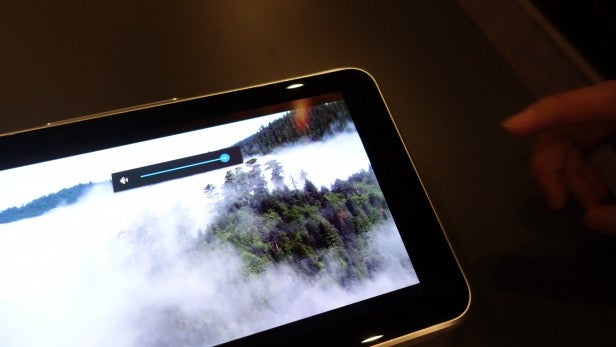 There’s also a custom volume rocker on its side 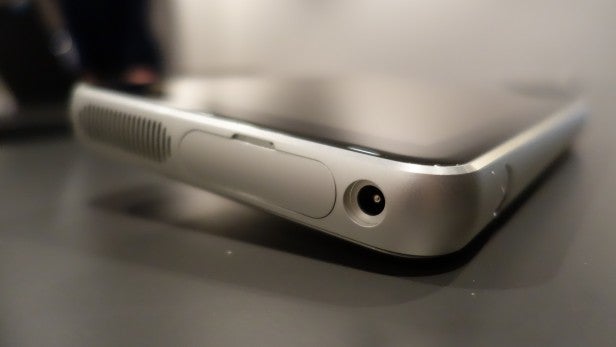 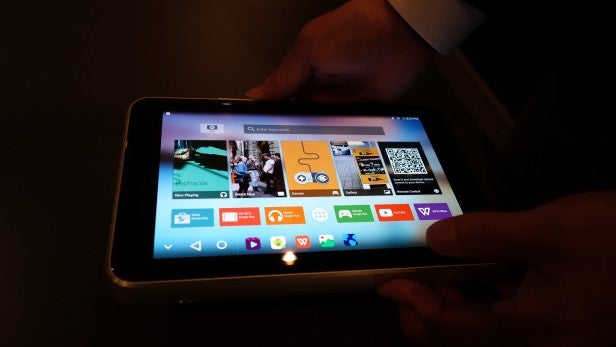 Plus, an 8.4-inch, 2K-quality AMOLED touchscreen

The Spro Plus may sound like a weird device, but I can see it delivering on a number of fronts. It could be the ideal TV/home entertainment solution for students living in small accommodation, or for those who travel regularly.

Whether it will make good on this promise will largely be determined by one key detail that ZTE’s yet to announce, however – its price.