The ZTE Blade V10 is has an excellent screen and thanks to the razer-thin bezels and glimmering metal jacket, it looks a lot more expensive than it is. This could be a sleeper hit bargain of the year phone – jury's out on whether we'll see it in the UK though.

ZTE continues its tradition of low cost:high features phones with the ZTE Blade V10. We got to have some hands-on time with an early version at MWC 2019, and here’s everything there is to tell right now regarding release date, price, features, and specs.

The ZTE Blade V10 is a cheap and cheerful Android phone from ZTE that’s heading to Europe and China in March, and Latin America in April. No official prices have been released yet, and spokespeople at the stand couldn’t tell me if the phone was coming to the UK.

I was told that an unlocked ZTE Blade V10 would cost from around €200, so if that’s the case, importing one shouldn’t be too much bother. 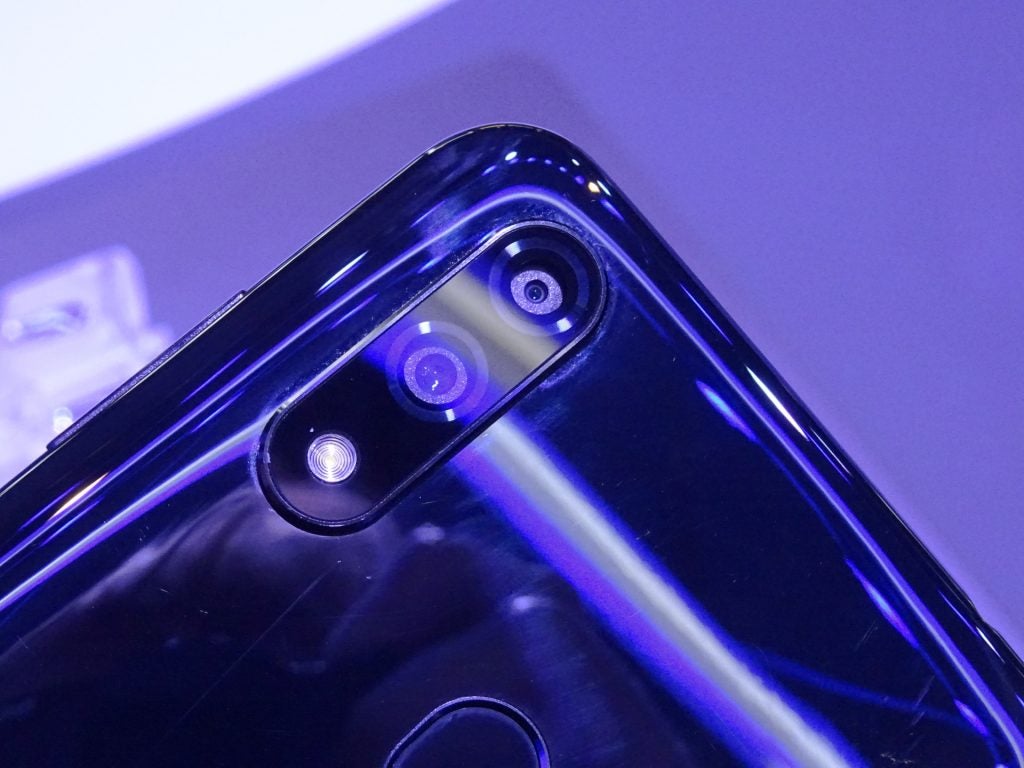 On the front, there’s a 32-megapixel front facing camera which, like the one on the ZTE Axon Pro 10 5G, is tucked away in a tiny little teardrop notch. This camera is apparently augmented by ‘Smart Selfie’ AI technology, which will apparently compensate for low light scenes by detecting and adjusting the settings accordingly. 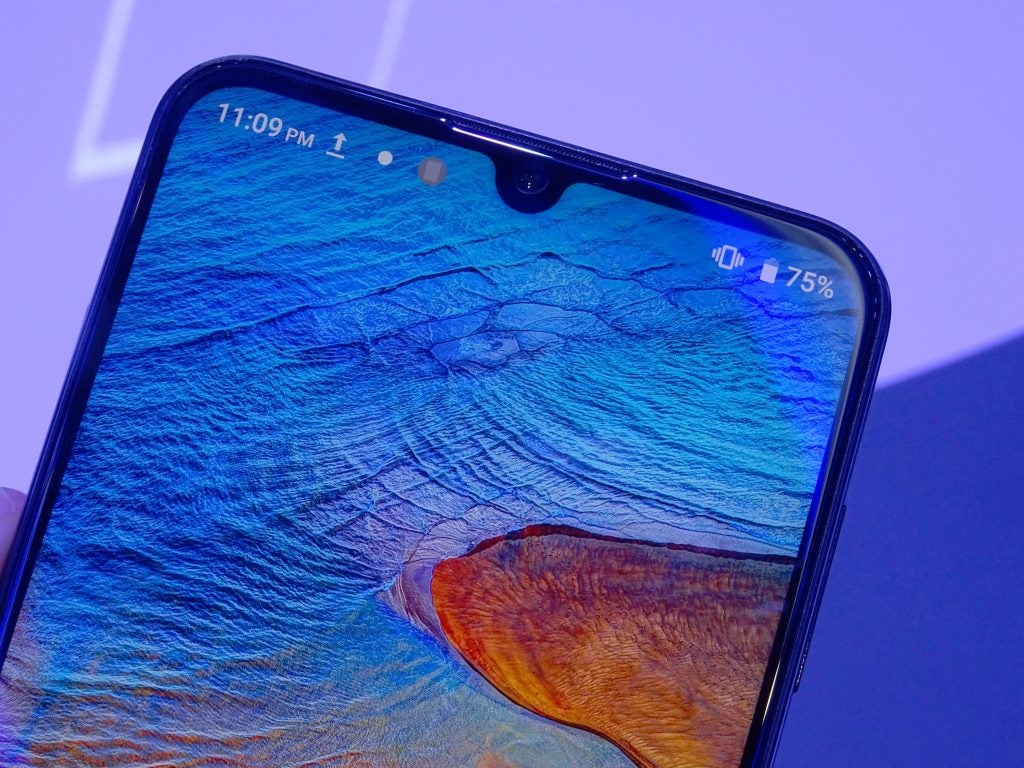 As with the ZTE Axon 10 Pro 15, I wasn’t able to get to grips with the cameras, as the phones on the stand weren’t running final software. Whenever I tried to load the camera of one unit, the app just crashed.

The ZTE Blade V10 draws power via a Type-C USB port – no word yet on if it supports any fast charging standards. The 6.3-inch screen also boasts a high 90.3% screen-to-body ratio and a high Full HD+ resolution of 2280×1080. Despite the appalling lighting conditions of ZTE’s booth, with deep blue lighting making everything look like it was trapped underwater, the screen was noticeably detailed, pixel-dense and the thin, almost invisible bezel made the phone feel like a million bucks – no mean feat considering its low price.

While the glossy back is a fingerprint fest, the ZTE Blade V10 (official weight unknown at the time of writing) feels nice and weighty. OK, maybe not quite as hefty as the Energizer Power Max P18K Pop, but then again that phone is, as they say, a unit.

Powering everything in underneath that shiny hood is an unnamed (but almost certainly Qualcomm) eight-core CPU that’s been clocked to 2.1GHz. There will be two memory and storage flavours 3GB +32GB and 4GB+64 GB, and the battery on both should be a 3200mAh type. 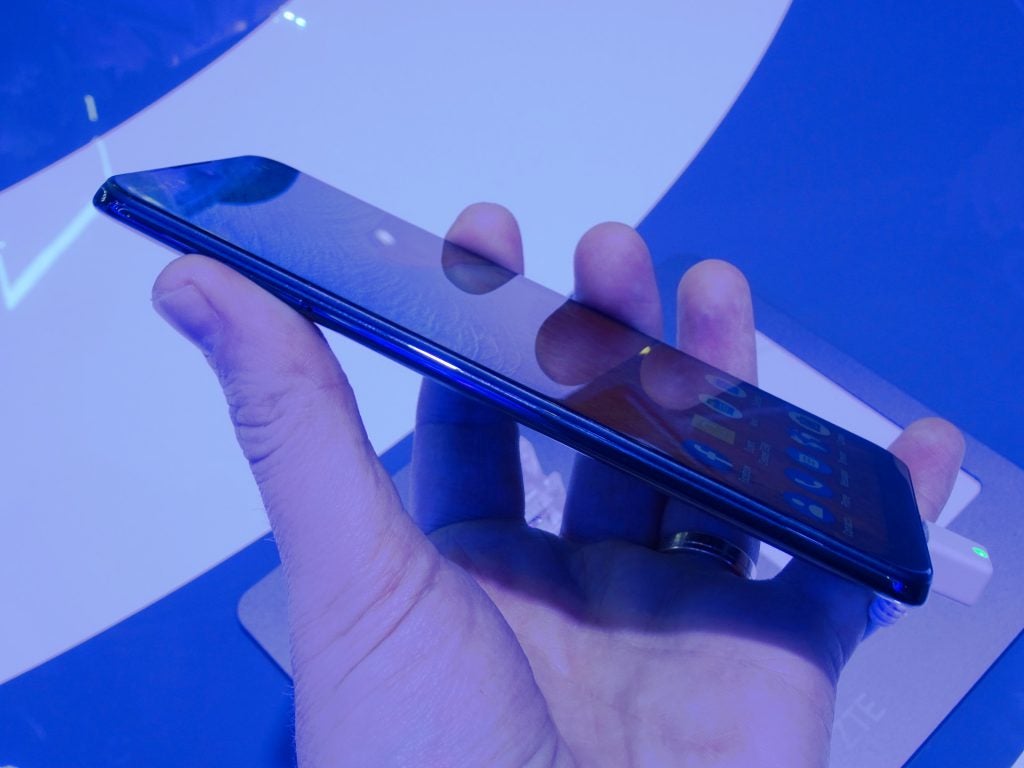 So far, I like what I’ve seen of the ZTE Blade V10. There are a lot of great value phones circling the £200/€200 mark at the moment, such as the generally excellent Moto G7 range, so I feel like buyers are spoilt for choice at the moment. Hopefully we’ll see the ZTE Blade V10 coming to the UK and get some UK prices confirmed soon.