Available on PC and Mac
Think of Zombie Night Terror as Lemmings meets Dead Rising, or maybe as the game that Tarantino or Robert Rodriguez might have made if they’d been obsessed by the Psygnosis classic.

Like Lemmings it’s a game of herding large numbers of dumb creatures to their goal, without the whole bunch meeting a gruesome end. The difference is that where Lemmings is about preserving life, Zombie Night Terror is about the very opposite.

Sure, you want your shambling hordes to survive wherever possible, but often only so that they can grab and gorge themselves on every human that’s slow or unlucky enough to get within chomping range. Bitten humans then turn into zombies, inflating your stumbling, decomposing ranks.

Like Lemmings, it’s played from a 2D side-on perspective, with the level scrolling at a tap of the cursor keys and the view zooming in and out with the mouse wheel. The visual style is classic 16-bit pixel art, with a restrained palette of greys and crimsons; handy for a game of macabre slapstick, where a more realistic treatment might simply be too gruesome. Even with its arcing blood splatters, foul-mouthed crims and flesh-eating ghouls, there’s something lovable about Zombie Night Terror’s low-res cartoon-video-nasty style. 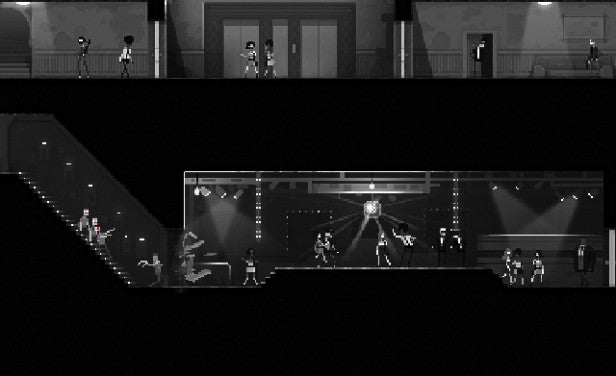 As in Lemmings, the zombies march relentlessly in one direction until they meet an obstacle, someone edible or something that results in their doom. High drops are fatal, mines can be a nightmare, while not all those pesky humans will take their grisly demise lying down.

In fact, they’ll use handguns, shotguns and baseball bats to whittle down your numbers. Swarm them en masse and you can overwhelm them, but sometimes it takes something more. And that’s where your zombie mutations come in.

Provided you have a supply of zombie DNA points, gained by biting the living, you can transform a zombie at the touch of a number key or icon. Some can become overlords, able to block oncoming zombies and turn them on their heals. Other zombies can be changed to pause briefly before exploding loudly, blowing up obstructions – including human ones – and spreading the infection. Later on, you’ll get wall-crawling fiends with razor claws and huge monstrosities with a tank-like construction.

Meanwhile, temporary mutations can be applied to make your zombies run faster, 28 Days Later-style, or leap into the air. You can even use a syringe to infect isolated humans; perfect for spreading the disease in places that your standard-issue dead can’t reach. 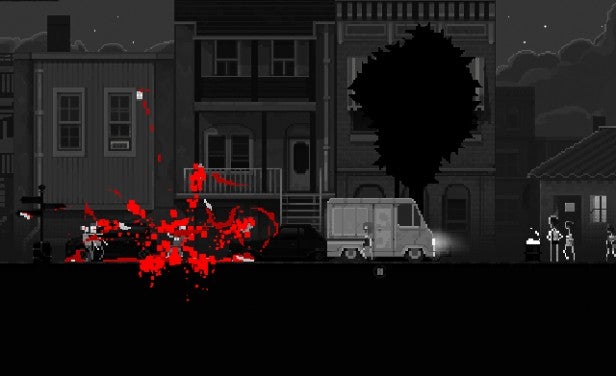 Cleverly, you can also stack some mutations. Turn a zombie into an overlord then apply the leap ability and he’ll cheerfully launch his fellow walkers towards the place you targeted. Meanwhile, the clawed, climbing mutants will move faster and attack more aggressively when set to sprint. Think World War Z, not Dawn of the Dead.

In the early stages it’s just one gleefully sadistic knockabout farce, where you’ll cheer your zombies on as they bash down doors, swamp the living and put the bite on. You’ll practically cruise through the levels, focusing on the key objectives (kill all the people, teach the exit) and maybe going for the secondaries (hit the target time, get the cannibal lurking at the bottom).

The gonzo mad-scientist-meets-druglord storyline pulls you through a series of drug dens, back alleys and fortified apartment buildings, while prologue sequences and well-placed, hint-heavy TV sets help you to get to grips with your rotting motley crew. 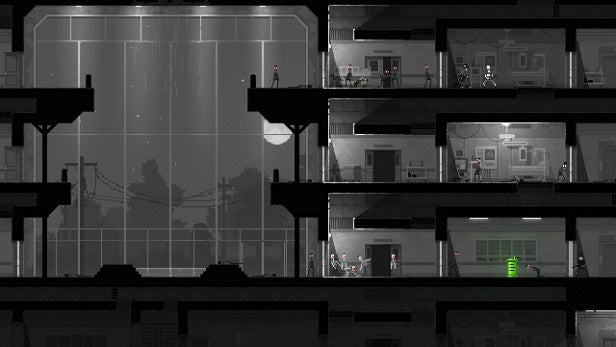 Before long, however, the action becomes a little more exacting. Groups of gun-toting gangsters threaten to mow your zombies down before they get within grappling distance. Cops with assault rifles or riot gear make even mass-attacks a non-starter, while mutations such as the claws, throwing or leaping require careful timing and hands-on control.

What’s more, only a few mutations are unlocked at the start of a level, leaving others to be gained by finding specific marked barrels.

And this is where Zombie Night Terror shifts from being the zombie puzzle game that leaves you grinning to one that might have you bashing your head against the keyboard.

A combination of tight but rather unforgiving level design, fast-paced gameplay and excess zombie micro-management – sometimes made worse by draconian time limits – can transform seemingly straightforward levels into a bit of a grind. 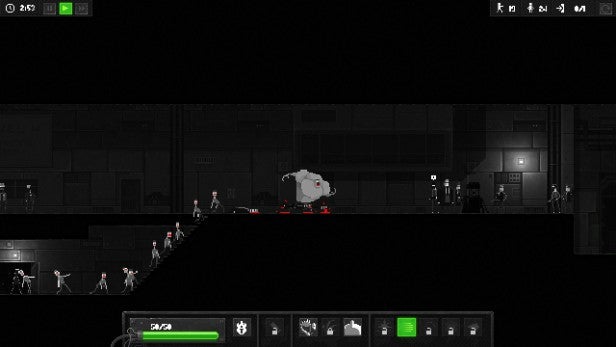 You see, you have only a limited supply of zombies – and DNA points are just as short in supply. Useless zombies can be converted to points in a jam, but it isn’t something you should do lightly. This wouldn’t be so much a problem, but certain moves, such as the leap or throw, take valuable DNA points but are also stupidly easy to get wrong, washing those points right down the drain.

Using hotkeys for mutations is a must if you don’t want to have to work with clicking icons, which can cost you vital micro-seconds. Simply timing leaps – especially the crawler’s wall-to-wall leap – can be a nightmare. There’s something horribly depressing about failing a jump when you’re on your last points and zombies, knowing that you’re back to square one on the level.

As a result, you learn to take things slowly. You prioritise objectives and use the lock/unlock and direction toggles on doors and stairs for crowd control, hoping to unleash just as many zombies as you can manage while keeping the rest penned up.

Related: How to catch rare Pokemon in Pokemon Go

In fact, completing some levels is really just a case of piecing together a solution moment by moment. This is to the extent that you’ll need to learn where and when, say, the police might appear, so you have zombies in place ready to handle them and don’t leave your basic brain-munchers defenceless.

With no mid-level saving or checkpointing, it pays to rehearse and rehearse, until you can match the right moves and mutations with perfect execution. And the way the game is structured – with four episodes of ten levels, each unlocked when the last is completed – means you have to succeed to move on. 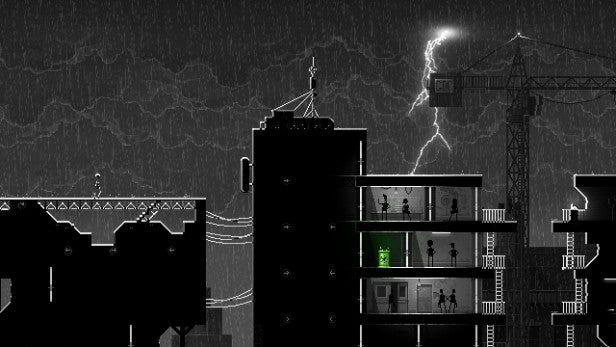 This makes for a rather more challenging puzzle game than you might expect, and if you loved Lemmings and the challenge of its tougher levels then you’ll find a lot more to love here.

All the same, a slightly more forgiving design, less keen to penalise, might have made for a zombie game that was always great fun. Don’t get me wrong, Zombie Night Terror is still hugely entertaining, even when you’re scratching away at the same five-minute puzzle for the best part of an hour. However, its fiddliness might be its downfall. Who knew that managing a zombie horde could be such hard work?

Verdict
Zombie Night Terror gets in chomping distance of greatness, only to stumble over its own shuffling feet. It’s smart, stylish, inventive and funny in its own gruesome, mildly sadistic way, but can also be a little too fiddly and demanding as the game goes on.

Working out what you have to do is one thing, but actually executing it is something else. Of course, one man’s nightmare is another’s satisfying challenge – but don’t go in expecting an easy ride.