The Yi 4K Action Cam is equipped with a Sony IMX377 12-megapixel 1/2.3in sensor, which is supposedly a newer version of the sensor found in the GoPro Hero4 Black. As far as I know, GoPro doesn’t disclose the actual model of its sensor. In any case, in terms of resolution and shooting modes, there isn’t a lot to separate the two cameras. 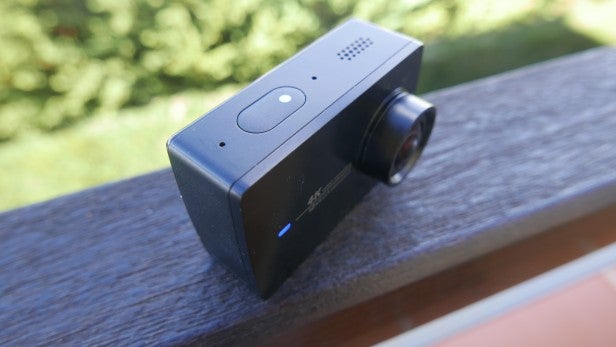 Both cameras have a 155-degree field of view lens, but Yi 4K Action Cam doesn’t offer any way to adjust the angle in the way you can with a GoPro camera. You can at least turn on lens distortion correction, which tones down some of the barrel distortion that results from a wide angle lens.

Both the Yi 4K Action Cam and Hero4 Black top out at 4K resolution at 30fps, something even the newer GoPro Hero5 Black has yet to beat. Drop the resolution down to 1080p and you have 1080p at up to 120fps. Go down further to 720p and there’s even 240fps, allowing for slick slow-motion edits.

Actual image quality from the Yi 4K Action Camera is excellent, but it doesn’t quite match the Hero4 Black for detail and colour vibrancy. GoPro’s ProTune options will also further benefit videographers, but for your average holidaying adrenaline junkie the Yi 4K Action Camera applies itself well. Images are crisp and sharp; even low-light performance is respectable, if not remarkable. Electronic image stabilisation is present here, but in truth it doesn’t have a huge impact on the results.

What the camera lacks is the one-button operation mode available on rivals, including GoPro. These can turn the camera on and instantly begin recording with only a single button press, making capturing footage a far swifter experience. Otherwise, the Yi’s power on time is reasonably quick.

It’s with audio quality where the Yi 4K Action Camera loses points, especially when it’s encased in its waterproof shell. It’s a complaint that’s levelled at most action cameras when in a case, however; but it seemed even more detrimental with the Yi camera. 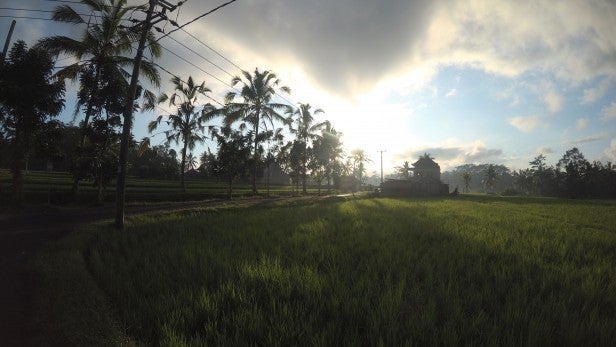 Still images can be captured at up to 12-megapixel resolution, and timer and timelapse functions are included too, alongside burst modes. Images look great, with plenty of detail and a lack of chromatic aberration, artefacting or vignetting.

A Timelapse Video mode saves you from having to stitch together a video with all of the captured frames at the end, but this mode offers only a video as an end result, there are no individual still images alongside it. There is a Video+Photo mode, however, which captures standard video and timelapse still images at the same time, but the intervals are more limited (5, 10, 30, 60 seconds) than in the standard timelapse modes (0.5, 1, 2, 5, 10, 30, 60 seconds).

If capturing sunrise or sunset timelapses, you might also want to set white balance mode – rather than relying on auto – since the changing light can make for some janky transitions.

One area the Yi 4K Action Camera has the GoPro Hero 4 Black soundly beaten is in terms of battery life, which is  helped by its large 1,400mAh battery. It managed a staggering 2hrs 35 mins when recording 1080p at 30fps. That’s a good hour longer than I’ve seen from the Hero4 Black. Even 4K video recording approached 1hr 30mins, around half an hour longer than the Hero4 Black. Note that the battery is removable, so you can also carry spares.

Should I buy the Yi 4K Action Camera? 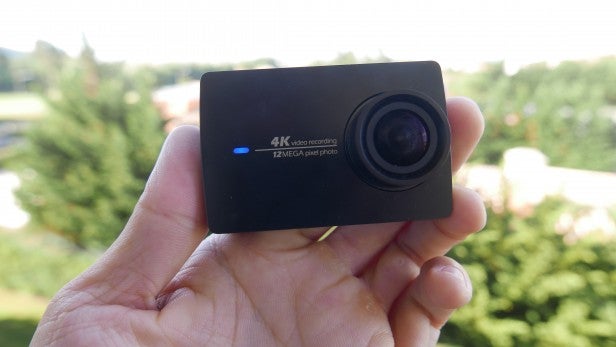 Imitation is the greatest form of flattery as they say, and in this regard GoPro should be having an “aww… shucks” moment. Fortunately for the company, however, while the Yi 4K Action Camera apes many of its best features, the Hero4 Black would still be my recommendation if your budget can stretch.

The pro features, superior image quality and easier controls still make it the better choice, and it should drop in price in light of the Hero5 Black’s release. I’m yet to test GoPro’s latest and greatest action camera to see how that compares, however, so stay tuned.

However, if your budget won’t allow then there’s a great deal to like about the Yi 4K Action Camera. It’s only frustrating that there are so many hidden costs in order to get it action-ready.

Even so, it’s a fantastically well-built action camera offering great performance, which is marred only by an annoying control system that’s too reliant on the touchscreen – the touchscreen is still a very welcome inclusion, however.

The Yi 4K Action Camera manages to ape the GoPro Hero4 Black on many fronts, but its lack of included accessories is a shame.